AKG K92 is a great-looking pair of headphones. But does its sound quality match up to its gorgeous look?

Our last review of a AKG headphones left us less than impressed. Granted that it was a bundled headphone for a Samsung phone, we expected better from the brand which is known in the industry for superior sound.

When I read about the AKG K92, I fell in love with the looks of the closed-back headphone. Together with the reasonable price point, the stars were aligned. An attractive over-the-ear AKG headphone at less than $100. 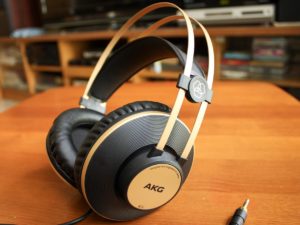 An attractive AKG headphone with good bass response and crisp mids at less than $100.

The sub-$100 headphone space is super competitive. There are other well-known brands, such as the Audio Technica M-series, competing for the slice of the pie. On top of that, the K92 has to face challenges from its own predecessors, AKG K52 and K72.

From some brief “google-fu”, it seems like there are mixed reviews of the K92. So is K92 a worthy headphone that you should buy for under $100?

The K92’s packaging is huge. You can compare it to the 1More Triple Driver’s packaging. We initially thought that we had wrongly purchased speakers instead.

Other than the headphones, a 6.3mm screw-on adapter is provided.

The overall build quality of the K92 is above average. The ear cups are made from matte plastic and connected by a metal frame. There is no creaking sound when the frame is bent.

The suspended headband is self-adjusting and it lies snugly on our head. 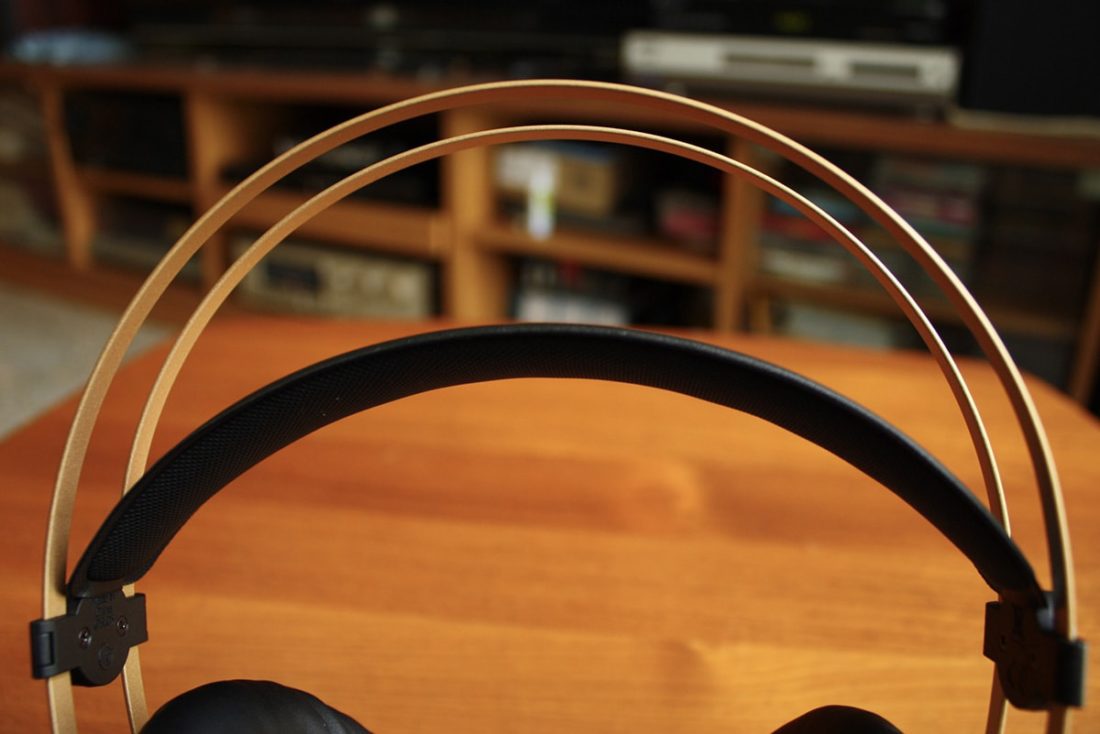 The AKG K92 looks as great in real life as they do in pictures. The black-and-gold color combination is unique and does not look over-the-top. Gold is a sensitive color to use. Too much of it and the entire product will look uncouth. The K92 managed to nail the slick look that it was going for.

The large ear cups engulfed my ears fully. The paddings on the ear cups were on the stiffer side for my liking and the material is not very breathable. My ears start sweating after wearing it for an extended period. On a hot day, this gets worse.

The ear pads are replaceable but we could not find any third-party replacement pads available. Do comment below if you know one.

The cable is thicker than the usual headphone cable and it is also longer at 3m. This should not come as a surprise since the AKG headphones is positioned more as a professional studio headphones.

The K92 has a soundstage that is above average. It is not as wide as the Bower & Wilkins P7 but the imaging is still pretty great.

The headphone has a slight V-shaped sound signature with the mids mildly recessed.

The sub-bass response is good. There wa a fair amount of rumble in Intro by Yosi Horikawa. The K92 has plenty of mid-bass and the attack are great. However, the mid-bass is not as punchy as I will like it to be but this is expected for a studio headphone. 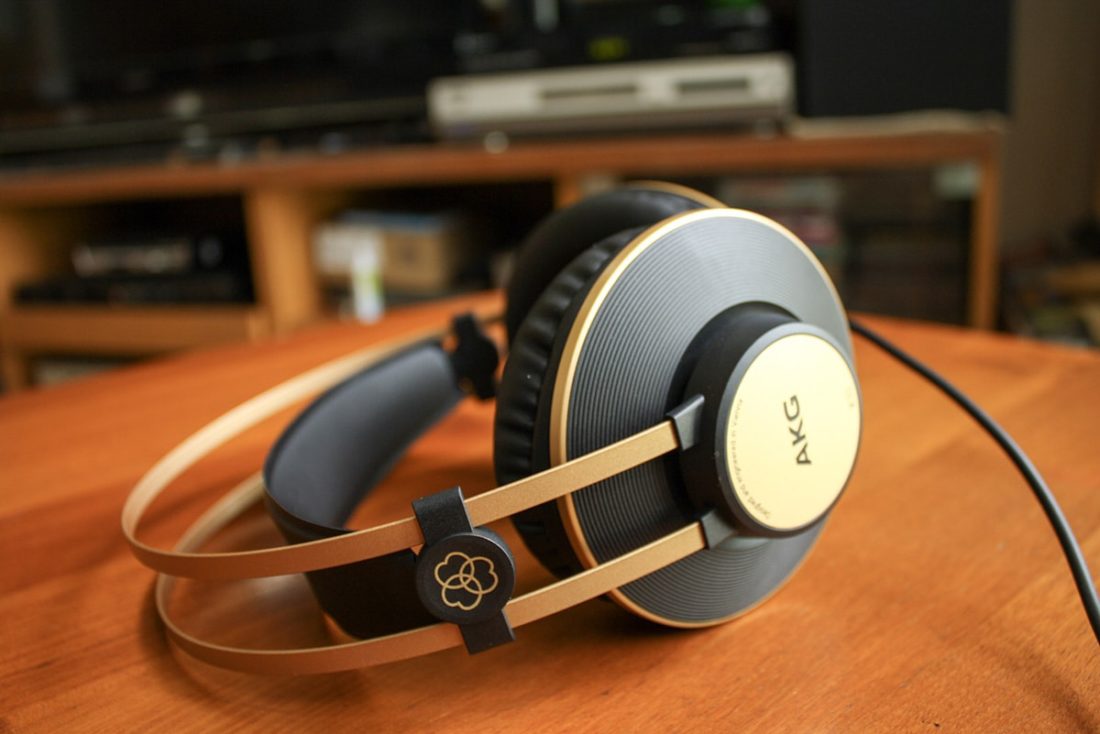 For songs that are vocal-heavy, the mids came out smooth and crisp. It was really easy on the ears. But in songs with more complex layers, the mids become slightly recessed behind the bass and treble. It loses the richness of the vocals and the songs are less enjoyable.

The treble is where I feel the K92 fared badly. It is slightly on the bright side and I can hear sibilance in the upper treble. Electronic violin distortion was not handled well, with the sound coming off tizzy.

Despite being an over-the-ear headphone, the noise isolation of the headphone is only fairly decent. If there is music playing at a moderate volume, most external noises are blocked out. However, if the headphone is silent, you will be able to hear moderate to loud noises.

Not much of an issue here. Audible sound leaks at around quarter to the max volume.

What type of audio sources can drive this headphone to rock concert volume (110 DBSPL)?

Any devices that can supply at least 0.72V. This will be most mobile devices. You can verify this on the Headphone Power Calculator.

Overall, the K92 is a great looking headphone that offers decent bass and mids. The treble pales in comparison. In terms of musicality, it is not able to match the Bower & Wilkins P7 and the dynamism is not as hard-hitting as the Audeze EL-8. But to be fair, those two headphones are in an entirely different price group.

The K92 is still an enjoyable headphone for casual music listeners and backs up well as a gaming headphones.

I used it for my First-Person Shooting (FPS) games like Player Unknown: Battle ground (PUBG) and the situational imaging is pretty on-point.

Oh did I mention it looks slick as hell? 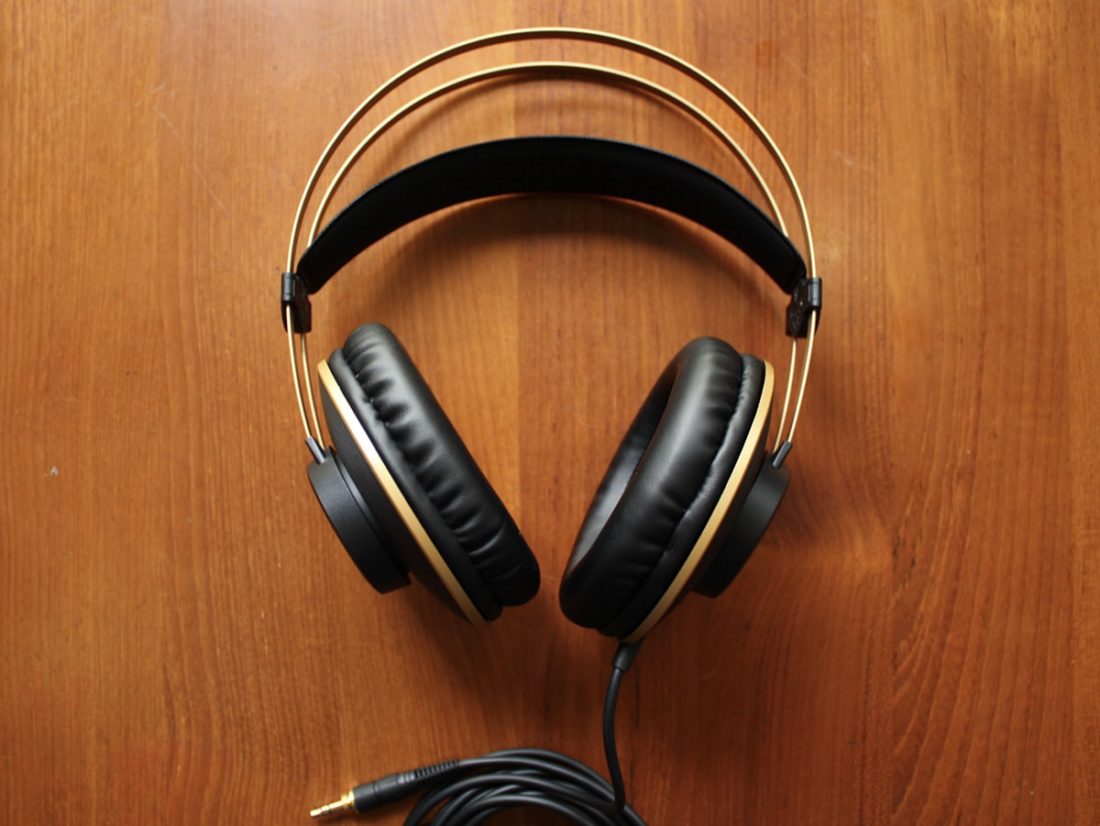