So my old AKG K271 MKII was starting to show their age, and with Christmas, I decided it was time for an upgrade.

I ended up with choosing between the HIFIMAN HE-400I and Sennheiser HD 660 S, as the HE-400I was on a big discount which put them in the same price bracket.

I got the Sennheisers setup at the store, with some fancy equipments that are way out of my price league, and went to town. I put on my best “critique” impression – writing things down on paper so that I could compare, going through jazz, neo-soul, choir pieces, pop, orchestral, the whole shazam!

I was enjoying myself immensely with the detail of the 660s (more on that later), while still focusing on all the “bad” things with the headphones.

Then I changed to the HE-400I. And it just couldn’t compete.

The soundstage was worse, and the instruments didn’t sound as good; like they were wrapped in wool. Now at this point, I had been listening for an hour and a half to the 660S and was thinking I didn’t remember the sound of the first tunes properly. So I decided to switch between the headphones and listen shortly to each tune, but no.. the 660S were more open and realistic compared to the HE-400I.

Now I admit that the HE-400I might be a bit more “fun” on some of the tunes with a lot of bass, (and I’ve probably got buyers bias) but the price you’d end up paying on acoustic tunes was not worth it to my ears. So I brought them back to the counter and left much poorer, but happier, clutching the 660S to my chest.

The matte black exterior looks good and gives an understated and muted look to the headphones. They’re sturdy, and the build quality feels good.

The cables seem to be of high quality, and they include an adapter for the 3.5 mm stereo jack. They do also include a balanced 4.4 mm jack. I, however, don’t have any equipment available to test whether it affects the sound quality. A complaint is the 3m long cable seems excessive. I personally use my headphones with the computer and would like a coiled or shorter cable to be included. They seem to be marketing these to be used with smart devices, so the longer cable seems a bit misplaced.

They are, however, very comfortable. The headphones are snug against the head, without too much clamping force, and quick movements don’t displace them. The paddings are also not too soft, and when adjusting the headband, there’s a satisfying click that lends itself to the feeling of quality.

I’ve read that the 660S’s soundstage described as medium-large compared to the HD 800’s, but since I’ve never listened to the latter, I can’t compare.

Its soundstage is however large enough that you’re able to separate the instruments, and they have enough room and separation to sound real. From the plucking of the string on the double bass, the timber of brass and strings, to the strike on the cymbal; they all sound natural and distinct in the soundstage.

Now; I listen mostly to jazz and acoustic music. I’m also a jazz pianist and so I’d say that I’m somewhat familiar with how instruments sound live. I must say the detail that the 660S delivers is really good.

The vocals are also great, with warmth and enough highs to sound open. The bass sounds tight and deep and is not overpowering. And even though they do a good job with acoustic music, they’re not chumps with electronic or rock.

D’Anglo sounds great with the deep bass, and I catch myself bobbing along to Moonchild, Hiatus Kaiyote, Stevie Wonder.

They are, however, quite unforgiving. Bad quality shows really quickly; Bernhoft’s Ceramic City Chronicles is one of my favorite albums, but on the 660S it doesn’t sound as good.

It’s not a badly mixed album, and that is in lossless format, but the small deficiencies are noticeable. Bad recordings and poor playing are very noticeable with these headphones. On the flip side, the great albums never sounded so good.

I’ve seen a lot of reviews that compare them to the HD600 and HD650. I haven’t listened to those, but they’re described as smooth, if not a bit muddy/veiled. Instead, I would describe the 660s as detailed.

I heard a lot of new things when going through my music. While listening to Hiatus Kaiyote’s Choose your Weapon, I was able to separate the vocal overdubs and noticed synths that were in the background. Usually, I find that the lower-mid vocals disappear into the mix when using headphones, but here they were clear and distinct. The instruments also sounded more natural, with the plucking of strings coming through clearly. 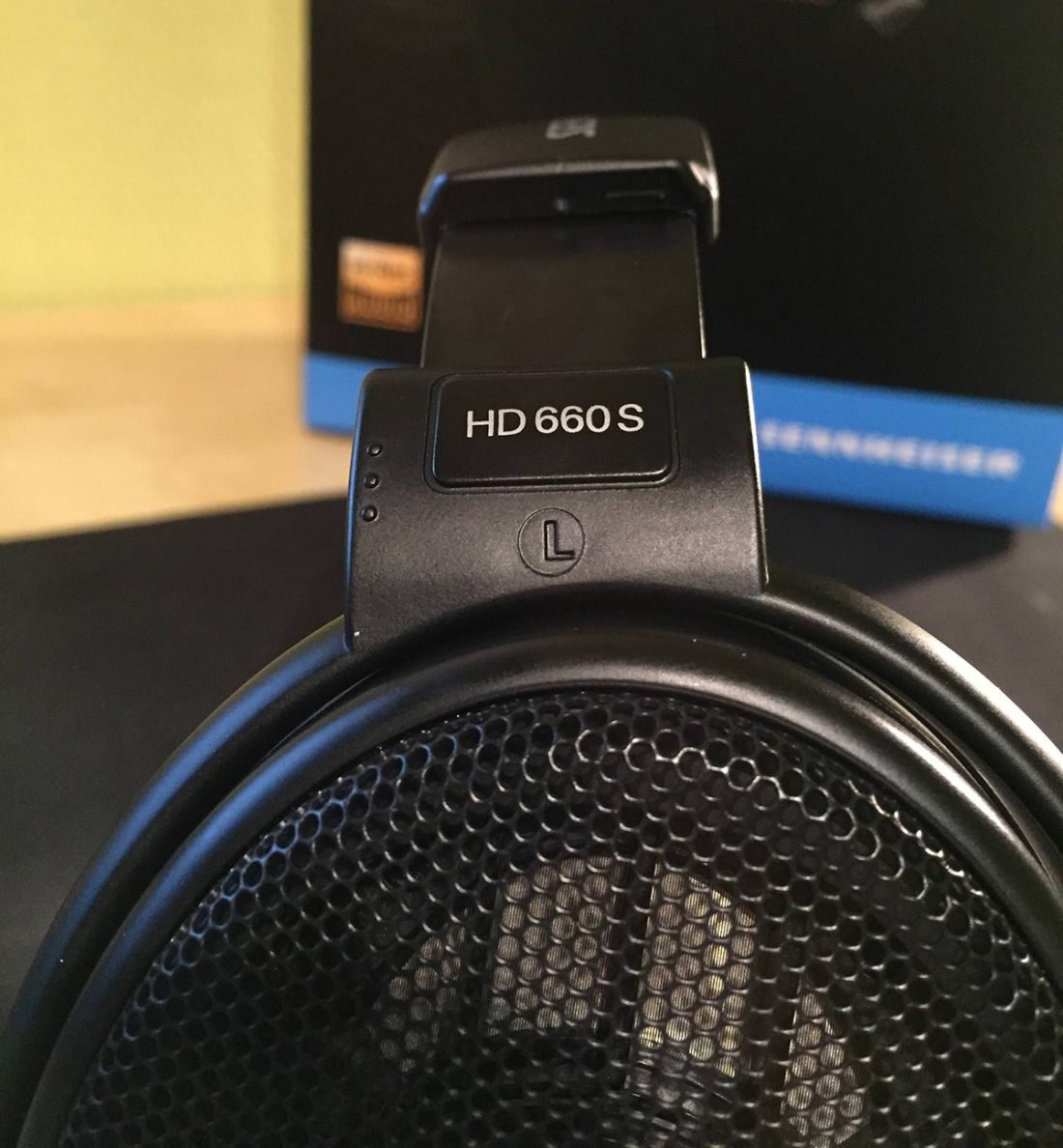 On their track Swamp Thing, the rhythm of the bass in the intro was much more defined, but it lacks the same fullness and grittiness that I have with my (much worse) AKG. I think this track shows the lack of bass in the 660S, and how that may be off-putting for some.

Another example is Flying Lotus’ Tea Leaf Dancers, a track that needed that powerful bass to make the sidechaining pop. This is where other headphones would outperform the 660s. That’s not to say that the bass is awful. I found it more than satisfying on all the music I listened to by Stevie Wonder, D’angelo, Earth, Wind & Fire, Anomalie, Moonchild, and Hiatus Kaiyote.

Also, the drop on KNOWER’s The Government Knows put a stupid grin on my face.

For me, I value the precise timing more than the fullness. I do expect that a small bit of EQ on the lower bass would address this problem with the headphones. I also find that the definition of the bass makes up for it, with it sounding less murky and more defined. It ends up sounding not just like bass, but rather shows the instruments own character (as it should be).

I also found that on some tracks it would get almost shrilly, especially in the horns on I Wish by Stevie Wonder. On some of the classical pieces, the mid-highs could get a bit overpowering, but switching to another recording of the same piece and that part would sound great.

Here again, we see that the source material needs to be good; any deficiencies shines through. And when it’s good; daaaaaaaaaaaaamn. Birds by Marius Neset is a treat, as is Eroiki by Trondheim Jazz Orchestra and Joshua Redman.

The 660S are open-back headphones which, while improving the soundstage, does leak quite a bit. They do not isolate sound at all, and while listening at low volume the fans on my computer would be audible, though not overpowering. It might prove distracting to other people in the same room, but when moving a couple of meters from the headphones on lower (but comfortable) levels the leakage is barely audible.

This does, however, leaves me kind of baffled as to why Sennheiser would market these to be used with mobile equipment: “Thanks to its low impedance it also offers reference-class fidelity with hi-res mobile players”. While possible to use with mobile equipment, the lack of noise isolation would make it highly impractical outside your home.

To drown out the hustle and bustle of the city, public transport, or an office you would have to listen to it at levels that would definitely annoy your company. You’re also likely to get tinnitus listening at those levels for longer periods of time, not something you want when buying premium headphones.

At almost $500, they might be a bit on the pricey side. For the sound quality, I still think they’re a strong contender in this price bracket. If they are ever on sale, I would recommend them to everyone who is looking for a pair of headphones that are great for acoustic tracks.

If you want to hear the details of the music, and you’re a fan of vocals, the Sennheiser HD 660 S are great. I heard a lot of new things that I haven’t before, and the instruments felt and sounded real.

If you need something bass-ier, or something that’s more musical, these might not be the right ones for you. The open-back format and the long cable makes the headphone more suitable for home use.

The HD 660 S does a lot of things well but it does have its flaws. Ultimately, it comes down to your preferences. So if I’ve peaked your interest, you should definitely head down to the nearest store give it a listen!