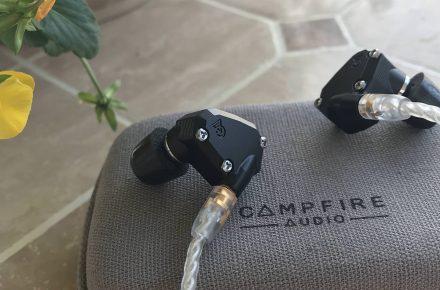 I finally got my first real pair of IEM! After going through all the price brackets with over-ear cans ($50-1000, all the brackets I can afford anyway), I finally nutted up and upgraded from my Tennmak Pro and received my Campfire Orion last week.

The Tennmak Pro is a FANTASTIC IEM for the price and punches well above their price point, but it was time I invested in my mobile setup. Before we dive into the sound review, I do want to talk about the build quality.

As with all Campfire Audio’s (CA) products, the CA Orion is built to perfection and feels very significant in the hand.

Unboxing them on a cold day, I could feel the cold aluminum immediately when I laid hands on them… Just gorgeous.

The included litz cable feels like quality, looks great, and is an appropriate length for a mobile MMCX cable. The case is a semi-hard shell with the exterior covered with a grey canvas and the interior sporting a fluffy, almost rug-like material. Plenty of protection for the drivers. 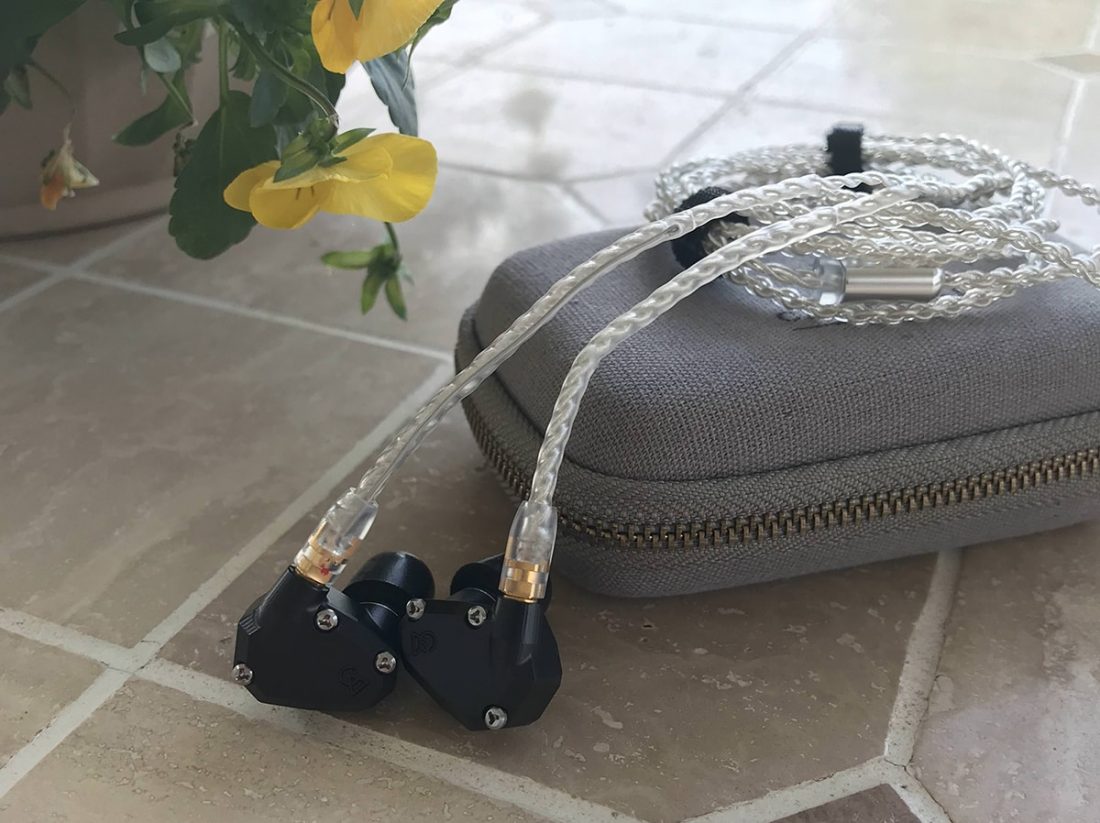 There are several tips included as well (Comply, Spinfit, and some generic looking silicon tips).

The Orion was run directly into my iPhone 7 via a lightning adapter (~0.5 ohm OI), so nothing exquisite but it is a setup that I can see a lot of people using considering the Orion cost $349. The cost of most nice portable DAC/amps, like the Chord Mojo or OPPO HA-2, cost just as much as the Orion’s themselves so it’s likely not a common combo. Everything was played off Spotify at 320 kbps. 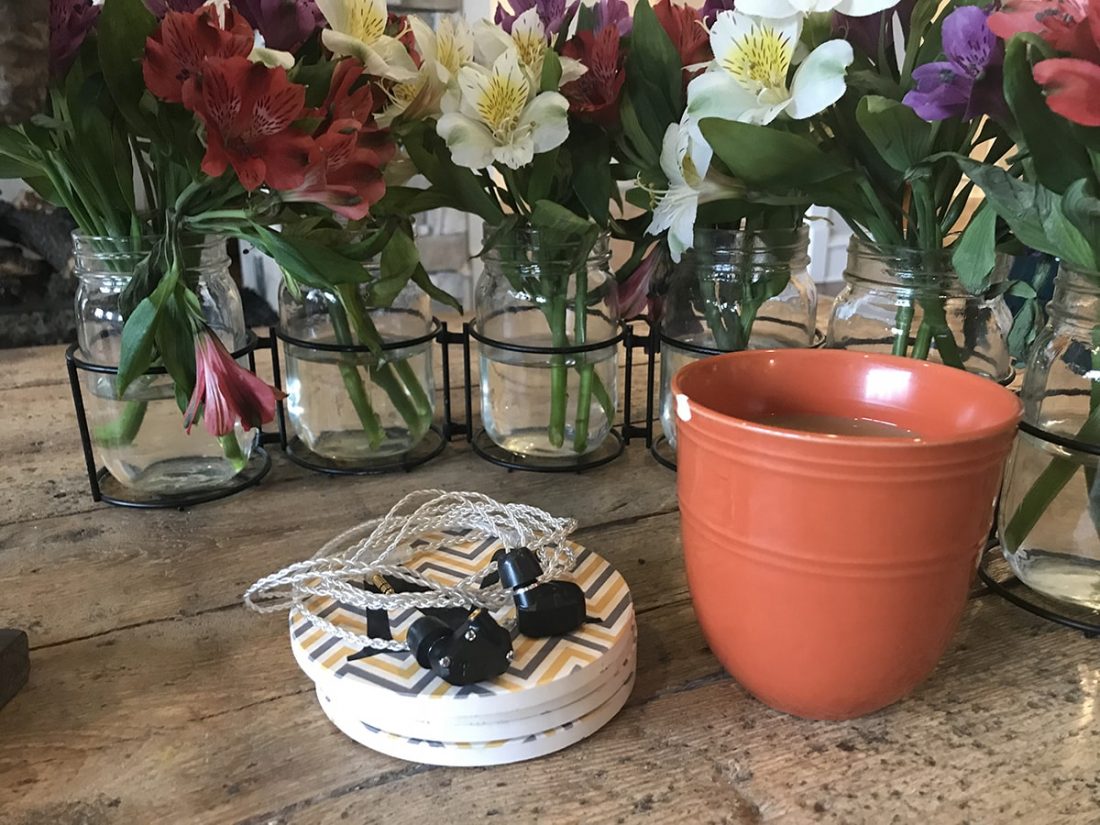 The Orion sports a single balanced armature within its shell, so I wasn’t sure what to expect when I started to play some tunes. Thankfully, I was pleasantly surprised. The low-end extends reasonably well with some noticeable drop off in the ~50hz area.

The comply tips that I’m using definitely help the quantity due to the great seal but they are 100% NOT a “basshead” IEM at all, so keep that in mind.

Being an HD 600/LCD-2 owner, I am a huge fan of reference bass that has speed and texture and faithfully reproduces the mix, and the Orion does just that and it does it gracefully. The bass reminds of the HE-400i in that it is quick and textured but a little lacking in the slam. 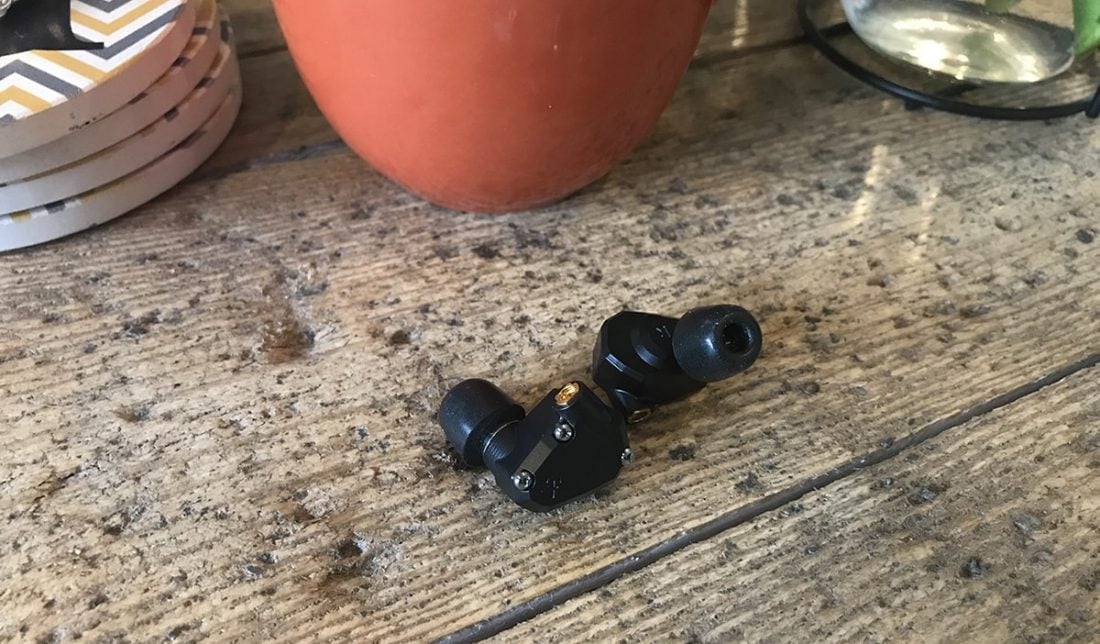 I like to listen to progressive metal/rock to test different bass attributes. The Kindred’s Apple Eyes off their Burden EP has exceptionally good production (extremely underrated band too, literally unknown).

The Orion’s can handle double bass drums cleanly and with enough pace to keep up with the rest of the mix while not sounding lost. The texture is good but not amazing. It is just good enough for bass notes to have some nuance and not feel one-notish.

Overall, what you get is a quick, controlled bass response with fairly good extension and detail, but low impact.

The mids on the Orion are the star of the show, without a doubt. Being a balanced armature, the mids are the sweet spot for this kind of driver, and it definitely shows here. The Orion’s, to my ears at least, seem very linear up to 1k with a hint of warmth in the lower mids.

Opeth’s Dirge for November is a very intimate track for the first few minutes with the vocalist quietly singing into your ear with the beautiful acoustic and clean electric guitar pouring over the mix. The Orion’s lower and mid-midrange does an excellent job at producing this track faithfully and with fairly good dynamics. The song sounded stunning.

I’m glad CA tuned the Orion’s to have just enough warmth in the lower mids to create a smooth and enticing sound without making the music sound wooly. The upper mids are pretty forward and really bring out the crunch in the guitars and the attack in the drums. It reminded me of my beloved HD 600 but unfortunately doesn’t have that same magic and timbre. 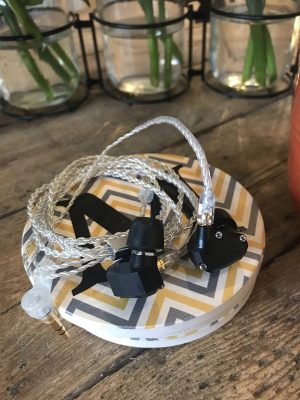 As the 2-4k area is pronounced, details hit you in the face, but it can sound a little artificial at times, especially when the mix is on the bright side. The pronunciation, however, does bring electric guitars forward enough to steal the show if you’re into guitar-dominant genres and the music is mixed correctly. Stevie Ray Vaughn’s Tin Pan Alley sounded spectacular on the Orion and I can wholeheartedly recommend these IEM for blues.

To sum up the midrange, the response is slightly warm in the lower mids, about neutral (to my ears) at 1k, and rises semi-aggressively from 2-4k. Some will like it, others may prefer a more laid back sound.

My least favorite part of this IEM is the treble. The treble response is actually quite good and smooth. However, there is a little extra energy somewhere in the mid-treble that I can’t quite identify with my ears but my guess is around 7-8k.

It is not in your face or obnoxious but I noticed myself becoming somewhat fatigued over an hour or two (I am pretty sensitive to treble though). The treble overall is actually a tasteful recession from low to high, it’s just the annoying emphasis in the mid-treble that gradually wears me down. This is personal, however, and I have not seen anyone complain that these were too bright so take what I’m saying with a grain of salt. I have LCD-2’s on my head for many hours each day so I don’t have a huge tolerance for treble.

To sum up the treble, a smooth response that gradually declines but there is definitely a bit of emphasis somewhere in the mid-treble.

Noise isolation is excellent. The metal build and great seal, along with the comply tips, kept unwanted noises at bay with ease. Let’s put it this way, while I was home for the holiday’s, my mother hated that I wore these so often because I would never hear her call me.

Leakage is well below average and others won’t be bothered by your tunes, even if you crank it. With that said, your experience may vary with the quality of the seal and the tips used. I got an excellent seal using the medium Comply tips.

At $349, the Orion is a spectacular IEM with excellent build, great accessories, and awesome sound quality. If you are in the market for a new pair of IEM that is relatively neutral, fast and smooth, look no further. I would recommend the Orion’s for those who love rock, blues, and any genre that focuses primarily on the mids.

The soundstage and imaging are superb, so I feel that classical would also be an engaging experience (I don’t listen to classical often so take that with a grain of salt as well). 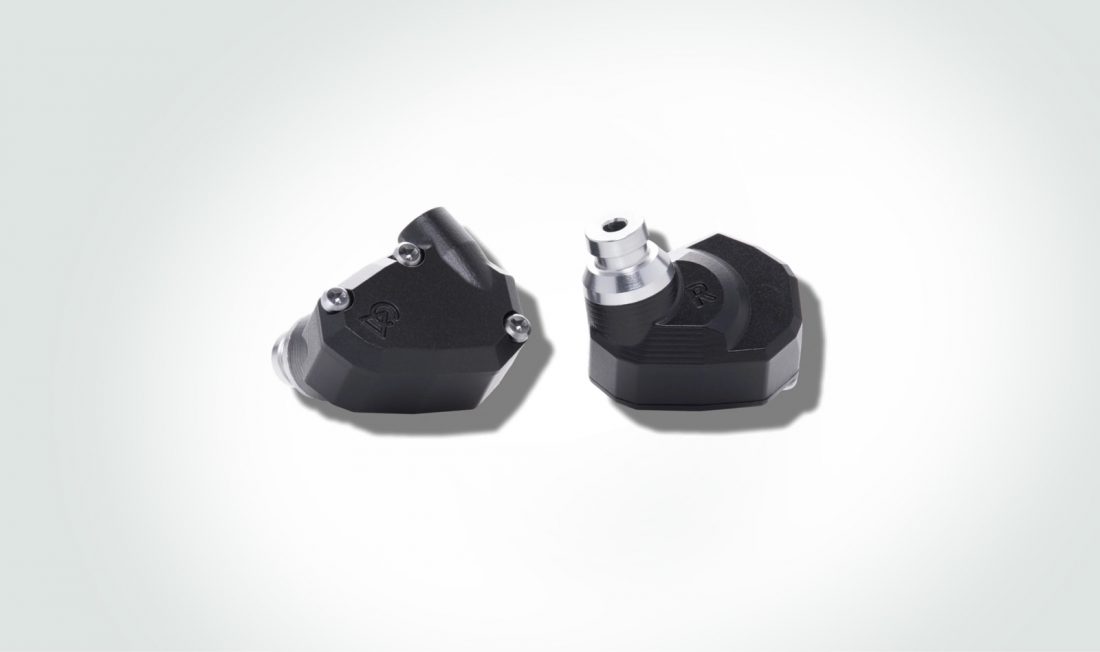