I purchased these Audio-Technica AD900X just out of curiosity. I wanted to see how they compare to other headphones that are in the similar price range such as the AKG K712, Beyerdynamic DT880 Pro, Sennheiser HD6XX. Besides that, I also wanted to try out the unique sound tonality that the ATH-ADXXX lines are known for.

The only non-plastic parts of this headphone are the external grills of the ear cups which are made of metal. They look even nicer in real than pictured. However, the rest of the headphones feels cheap for one that cost more than $200. The enclosure between earpads and grills, cups articulations, shafts of the headband as well as the two « 3D-wings » are all made from cheap plastic when I have them in hand. 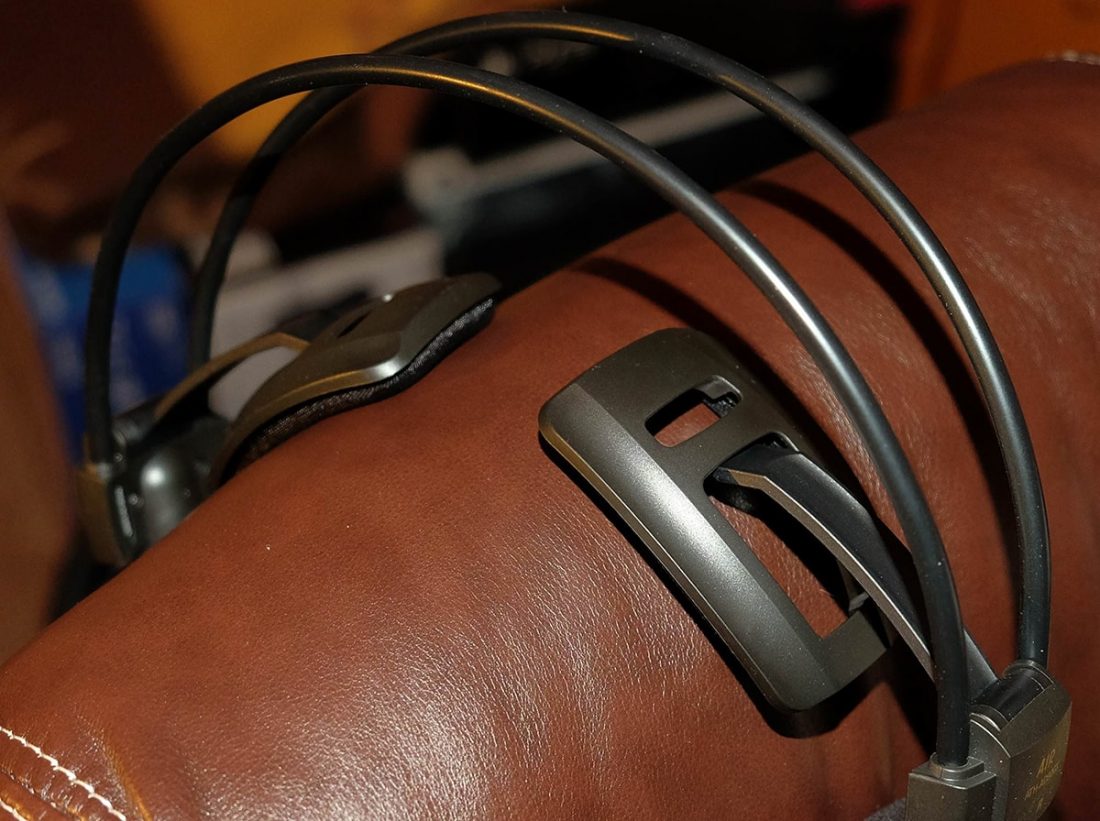 I had expected something much better, especially the famous wings that rest on the head. They are supported by a plastic extension from the base of the headband. Without being careful, they are seemingly easy to snap. You wouldn’t want that because the 3D-wings are the only thing that keeps the AD900X on your head.

The ear cups are extremely stiff. They can’t be rotated up/down and barely in left/right direction. They are most likely that way because of the absence of real solid headband. I suspect if the ear cups were more flexible, they would have slipped off easily. All this makes wearing of the AD900X a very delicate process.

On the other hand, the ear pads are not bad at all. They are large enough to fit most people and has nice soft velour material. While there is no real padding inside (just a thin foam), there was no real danger of my ears touching the angled driver within the spacious ear cups.

The 3m cable is non-removable which was a shame. I just swore not too long ago, ”I will never buy headphone priced above $200 that don’t have detachable cable”. But just 2 months later, I bought these AD900X. 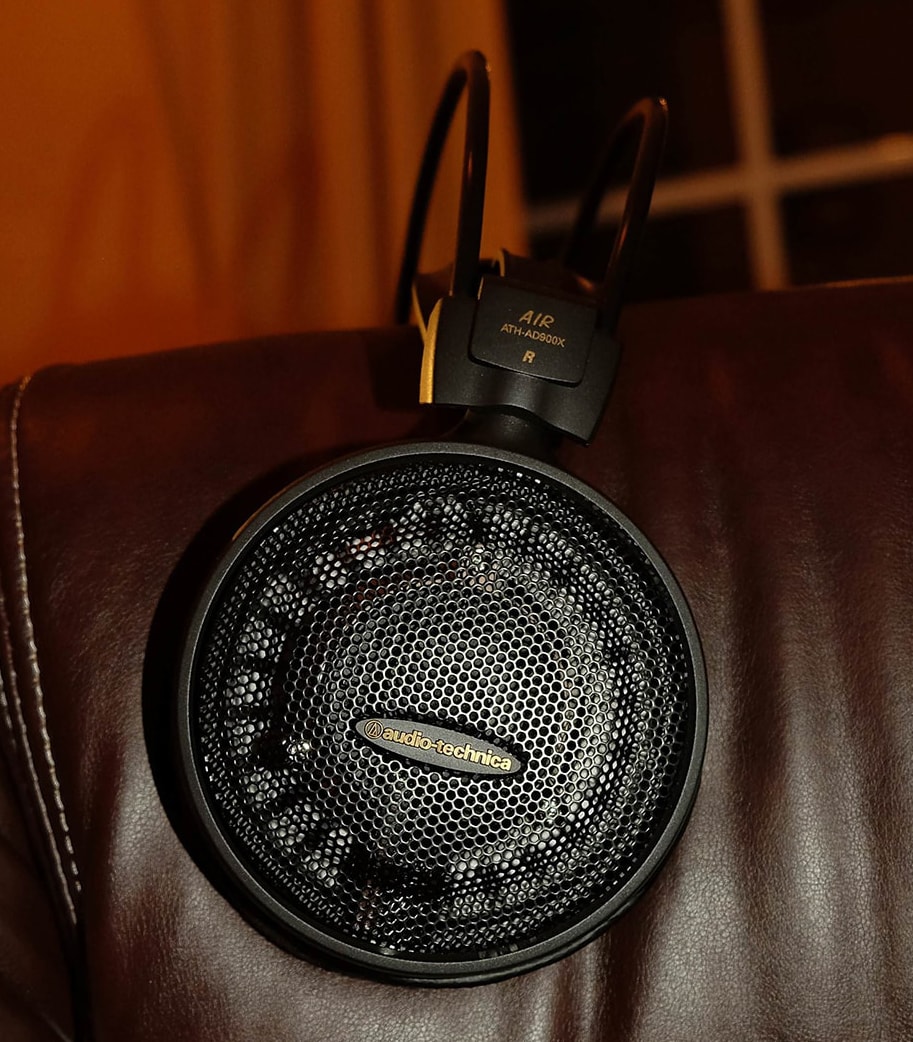 There are headphones that are known for their comfort, like most of the Beyerdynamic headphones or the Shure SRH1540 / SR1840. A big majority of the open-back Audio-Technica line has this 3D-Wing system that is a bit hit-or-miss fit. The wooden models (W5000, W1000X, W1000Z) also shares these wings.

My personal opinion is that if you have a big large head, you will not have major issues with the fit of the AD900X. But if you have an average-sized head or a slightly narrow one, the pressure of the ear cups might not be strong enough to maintain a good fit and will tend to slip. I happen to fall into the latter group. After 5-10 minutes of usage, I can feel the earcups weighing down on my ears because the headphones have slipped a bit. Although it was not painful, it became annoying over time. 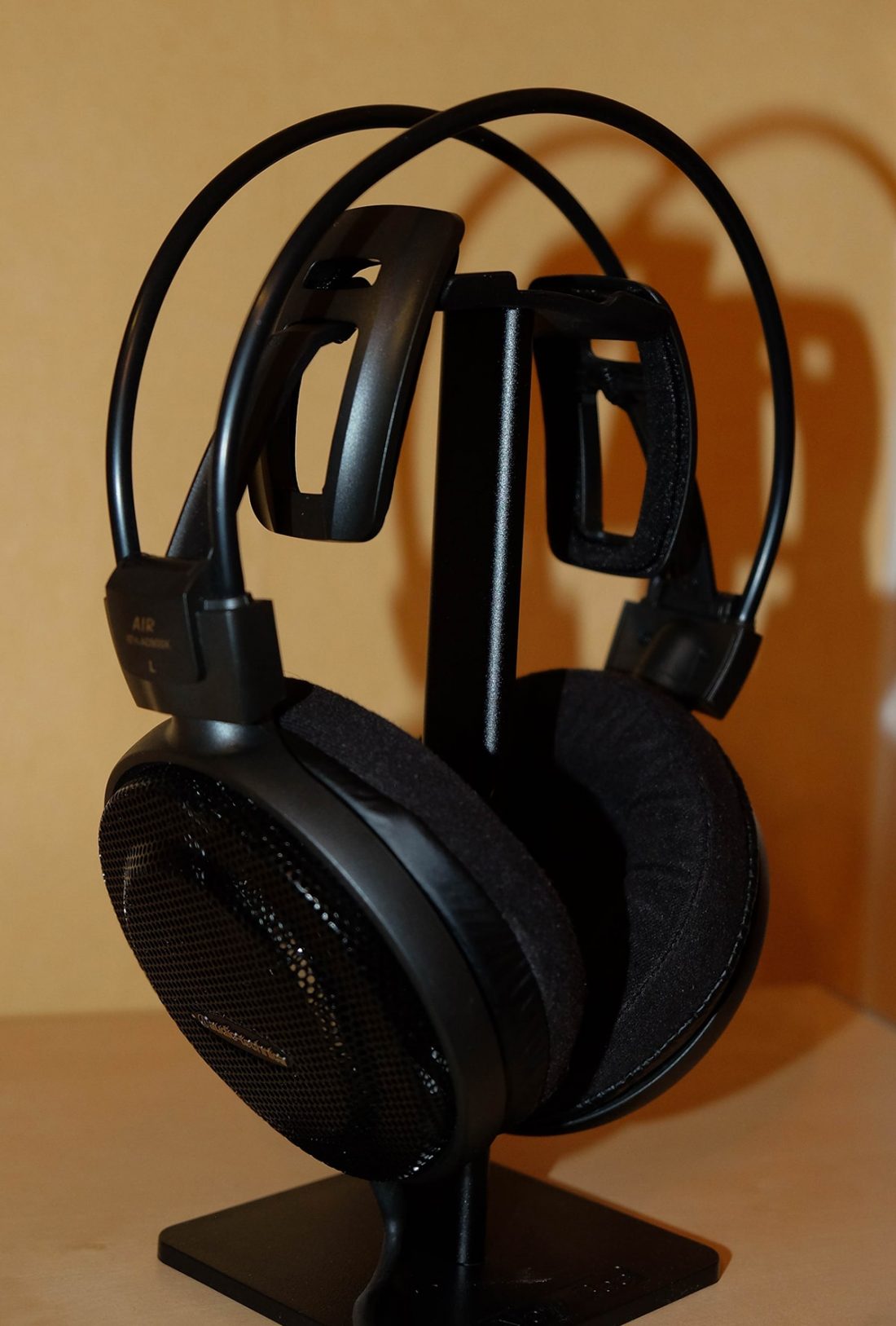 Aside from the points mentioned above, I would say I thoroughly enjoy the comfort. They are light (around 295g), has plush velour earpads and no pressure on my head since there isn’t any solid headband.

The white packaging of the AD900X has these big letters « AIR » and I think it’s one of the best words to describe the general feeling while listening to them. The tonality is a kind of soft rising curve from the lowest to highest frequencies.

The bass is typical of a lot of open dynamic headphones: moderate impact in the midbass at around 80-120Hz, but still a bit too light for my tastes (just like the HD600). The drivers can’t keep enough punch in the lower frequencies. 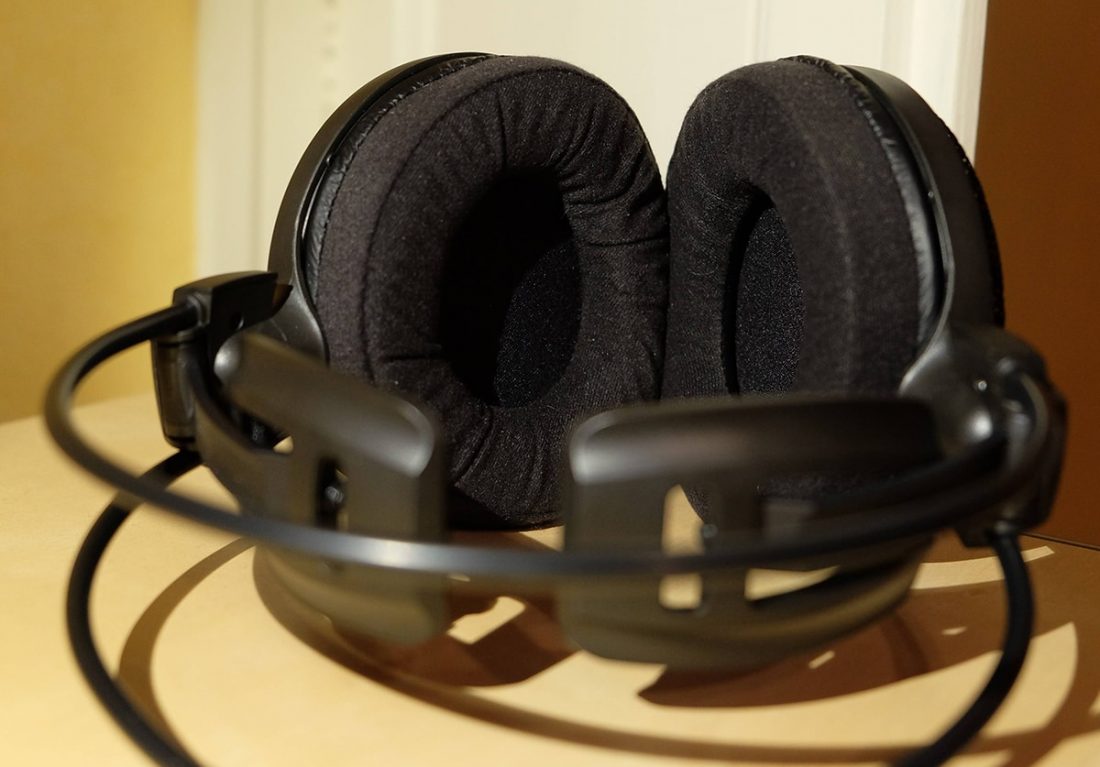 The mids are somewhat surprising. At first, I was unimpressed and felt that they lacked some body and natural tone right in the middle, compared to the HD600. But I gradually appreciate them as I listen to them more. I don’t know if I would call them forward, but they present a good character. However, I felt that it is lacking in body in their mids.

They sound nice on most kinds of music but with certain recordings, I find them a bit uneven and not coherent. I would have preferred the distant mids of some Fidelio X2, and of course the Hifimans or HD600/HD650.

The highs are very well-extended with no big peak before 10 kHz. The sparkly region is definitely up there and I can understand if people do find them on the bright side. I can find them a bit too much forward in the upper treble, but it is not problematic to me since I’m more sensitive to other frequency peaks: upper-mids (2-4 kHz) and lower treble (5-7 kHz) in particular.

I will say the most impressive things about the AD900X is their soundstage which is very very wide. The depth and height are good but the width is just astonishing for its price. This makes them very suitable as a gaming headphone or a media headphone.

The AD900X, at 38 Ohm impedance and 100db/mW sensitivity, are easy to drive with most audio devices. You can check out the Headphones Power Calculator to see if your audio source can drive the AD900X efficiently. 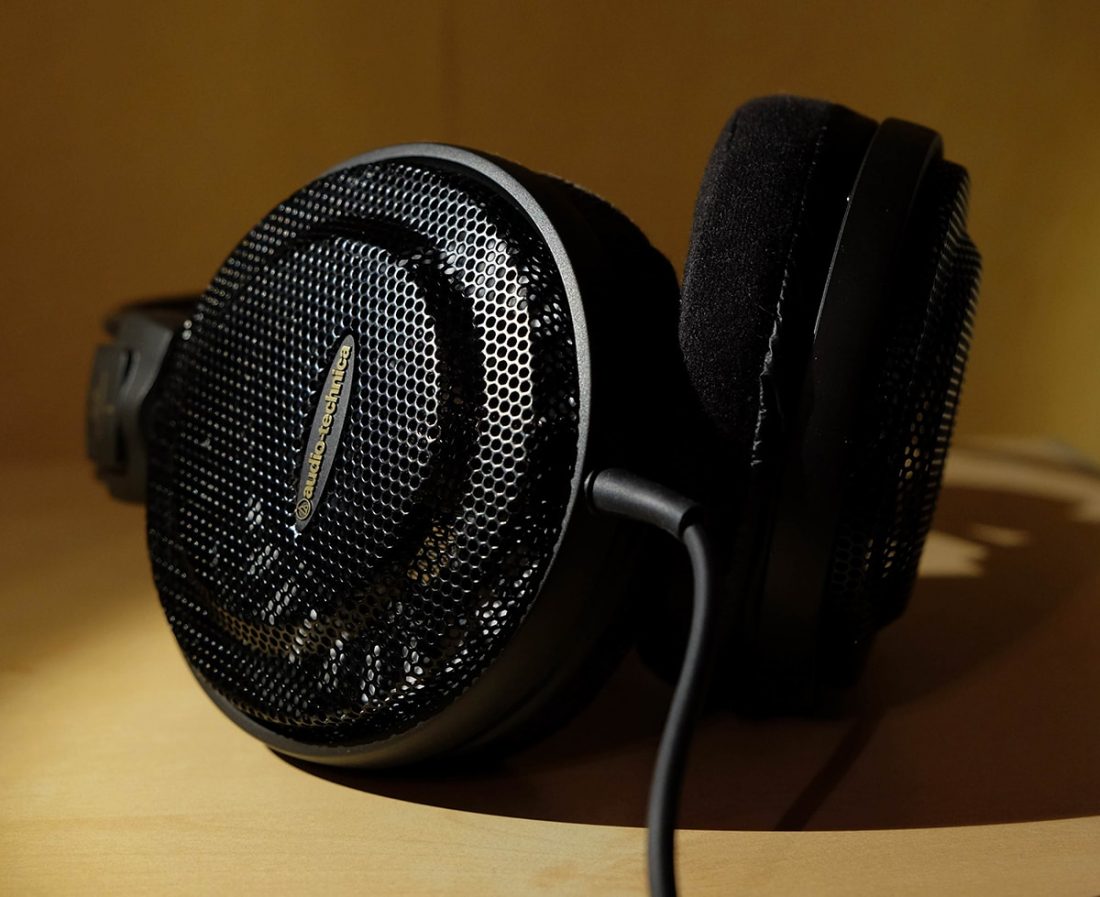 The AD900X is a pair of polarizing headphones. Their thin mid and treble-focused sound will NOT be everyone’s cup of tea. The comfort is great but at the same time, you have to deal with the weird fit of the 3D-wings. Build quality is mainly plastic but that is why they are so light.

I was on the verge of selling away my AD900X but for a reason, I decided to keep them – the unique sound presentation. However, I would still reach for my HD600 or HE400i more often for listening sessions. 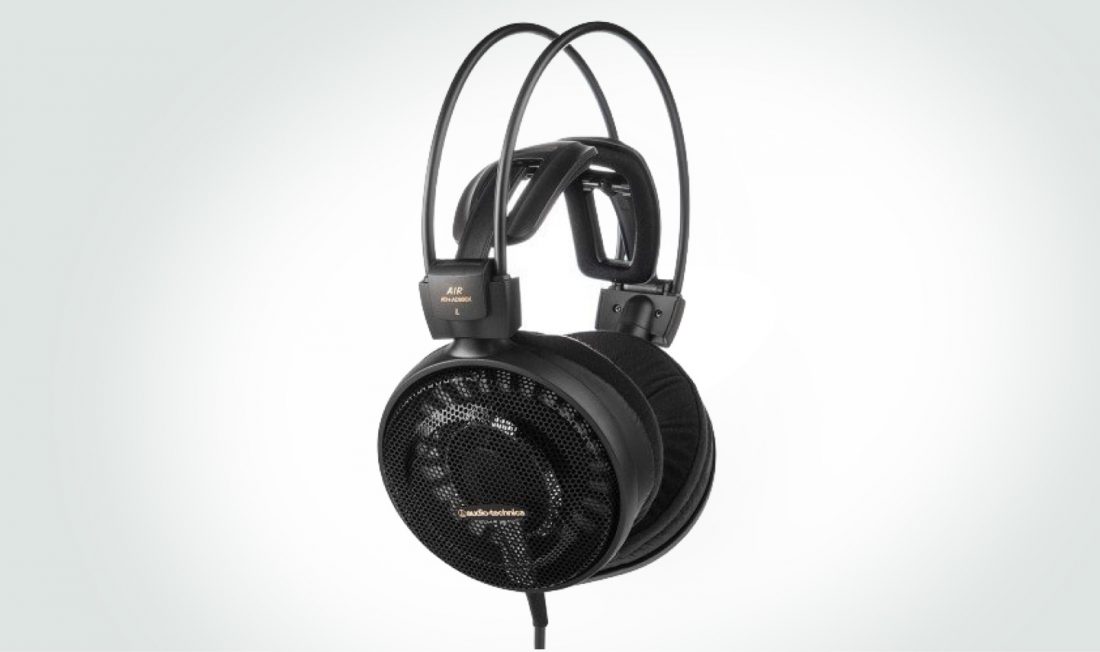