The Audio Technica ATH-DSR9BT caught my attention because of the Pure Digital Drive technology that goes into it. It simplifies the chain of processing that audio signals go through, and seems like a sensible way to progress in terms of audio fidelity. Additionally, it doesn’t require the purchase of DACs/Amps outside of source.

In addition, I wanted a pair of headphones that represent the highs more faithfully because all my previous headphones roll off the highs and create a dull sound. It came down to a choice between Grado, Beyerdynamic, and Audio-Technica, and I preferred the design of the Audio-Technica over the other two, especially because the M-40x and MSR-7 were well done.

I am writing my thoughts on these after having swapped the pads for Brainwavz’s angled memory foam ear pads. 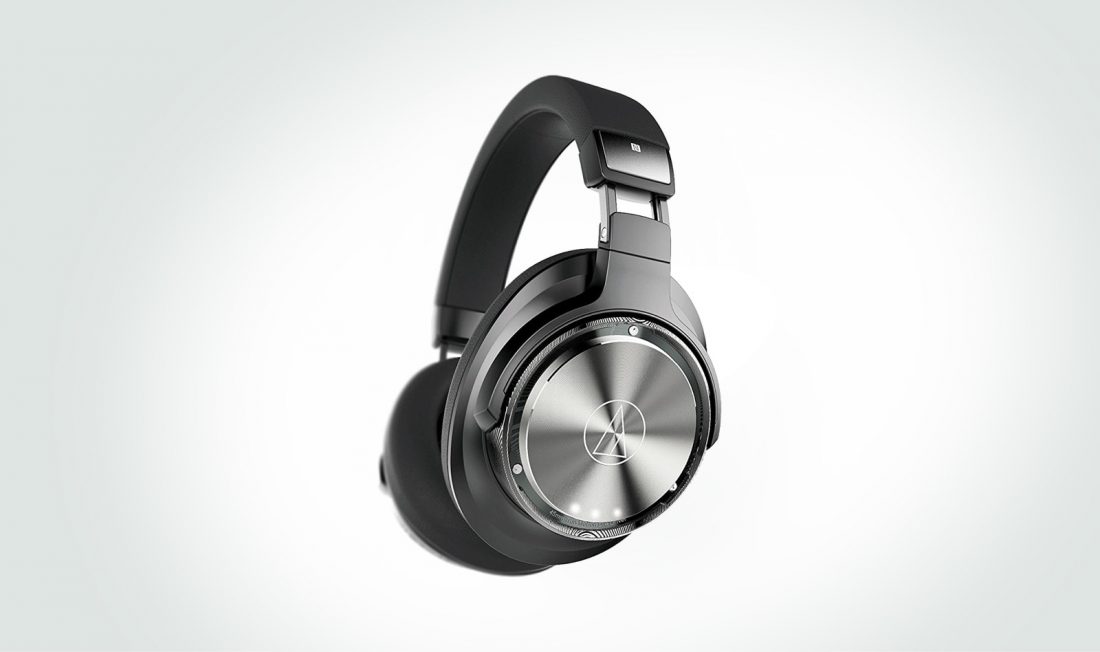 I’m coming to these from the V-Moda Crossfade 2 Wireless (CF2W), relatively a step-down. There is creaking and rattling in the plastic slider buttons and the headband, which is annoying when I play soft music. I have since stopped noticing it after much active usage.

It’s still a miss though, but so far it’s been just a minor annoyance. 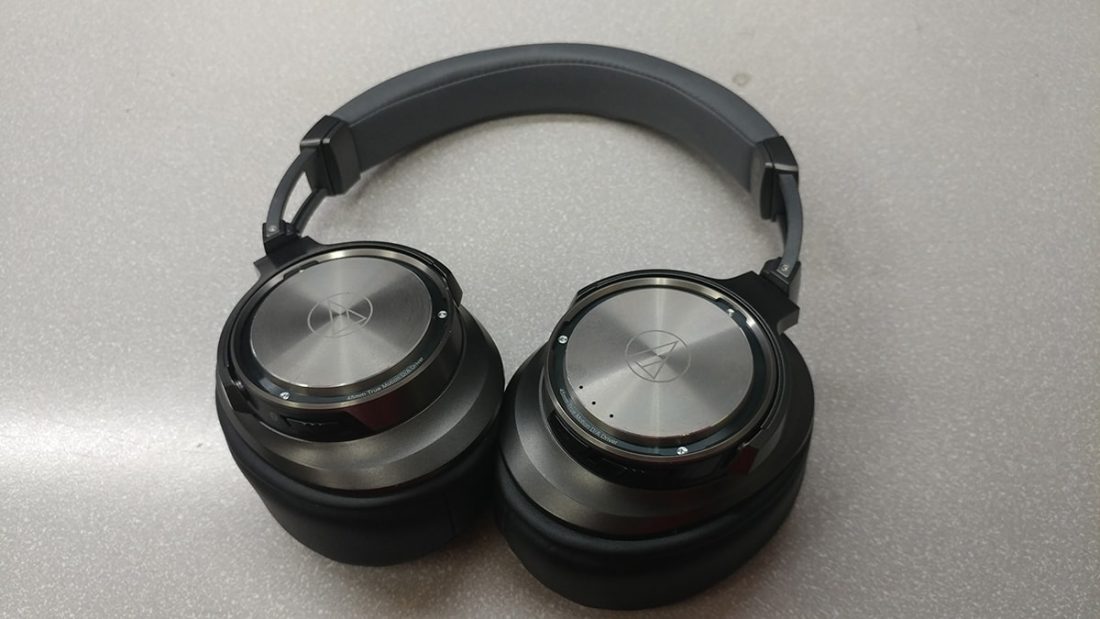 While the outside of the headphones may feel too plastic for my taste, the inner components seem to be quality as they survived almost as much bending as I subjected both my V-Moda cans to.

I have heard complaints about the mic, so I gave it a try to see if I had the same problem. It seems that my particular unit doesn’t have this same issue when using it with a smartphone, so I have nothing bad to report on that front. It is apparently not good at reducing ambient noise though, so there’s something to consider.

Update: After extensive use, I’m encountering some problems with the mics gain. Some people can hear me fine; some others apparently can’t hear me at all. I’ll have to recommend that you look elsewhere if you plan on using your phone extensively while using these cans.

These are relatively good. There is enough room to fit most ears comfortably! I noticed a little chafing after a while, and it was starting to irritate me at the end of the day. Thankfully, these ear pads are easy to swap out.

The Brainwavz ear pads provide a huge amount of real estate for my ears, making these leagues ahead of any over-ears from V-Moda (not that big a hurdle) and sufficient for continuous use over almost half a day.

Not much over here – just a hard carry case and a thick USB 2.0 to micro-USB cable. A note about the cable: It’s really annoying that the micro USB port is recessed into the left driver housing. I have tested the port with different data USB cables and they all work; you just need to either find one that is narrow enough to fit or cut away enough rubber to force a fit.

Like most Audio Technica headphones, the driver housings swivel, so that’s nice. However, they are still uncomfortable to have around my neck, and since they don’t compact down like the CF2W, I’m kind of stuck with them. I have these on for most of my day anyway, so it’s not a big issue, but the mobility factor must be taken note of.

I haven’t had problems with the connectivity beyond the first day. Plugging into my computer took a while, as Windows had to look around to find the drivers, but once it installed the proper drivers, it functions fine. Bluetooth pairing is quick and relatively good on operational distance. It can’t handle multiple connections or anything fancy like that, but I don’t have any need to do things like that.

Something interesting that I found here is that the on/off switch position matters when the cans are plugged in for wired use. The manual says it doesn’t matter as the cans switch off when wired, but the volume slider changes the volume when the power switch is on. Nothing else seems to function besides this though. 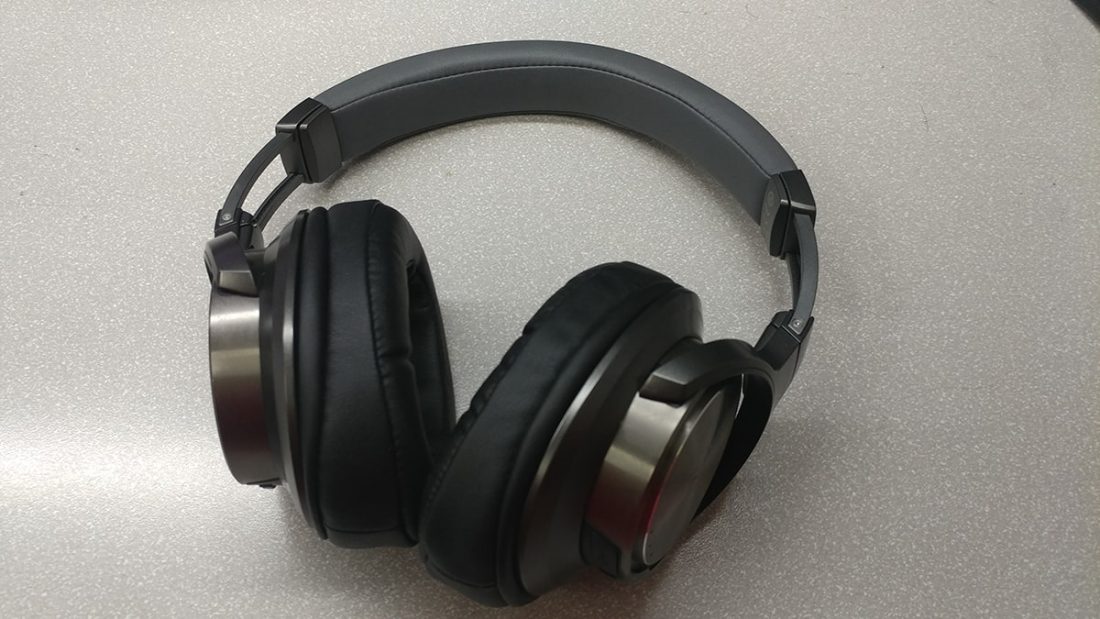 Now, I have heard various cans that are considered neutral in passing over the last two years (HD600, STAX L300, ATH-M50x, etc), but not for long enough to really know what those sound like, so my impression can be incorrectly framed at the moment.

Listening closely, I’m surprised to hear what sounds like a slightly V-shaped response curve. Given that these are in AT’s Sound Reality line, I was expecting a Frequency Range (FR) curve closer to neutral than what I’m hearing.

The low end is slightly elevated above neutral up to ~270 Hz, at which point it dips sharply (valleying out at around 320 Hz), before rising back up to normal at 340 Hz.

The mid range seems relatively normal, although I am noticing some recession in the vocal ranges.

The treble has no roll-off, so we’re in for the full experience. I hear relatively small, but noticeable peaks throughout the treble range (notably at ~8kHz). This all comes together into a headphone that is quite bright in character without leaving the low end behind, and yet it somehow manages to not be sibilant in most cases (Metalheads, look elsewhere. These do not render distorted guitars in very pleasant ways, if the mastering doesn’t specifically reduce those frequencies).

The big dip at 330 Hz doesn’t seem to detrimentally affect the music, in fact, I tried dipping that range on an equalizer with my other cans, and it noticeably improved the sound of those too. Interesting!

The clarity in the sound is extraordinary for wireless cans, in fact, I hear much more detail and clarity with these than I do with my wired cans (M-100, CF2W, HE-400S, M-40x).

The soundstage is wide without being obnoxiously spacious; the imaging seems accurate to me when listening to electronic music. I have heard the sound described as a hollow kind, which I suppose is understandable, but I prefer this kind of sound to what I perceive as a bloated low midrange present in most other cans.

Overall, I really like the sound signature of these. It’s not exactly neutral, but since I’m not an audio professional I’m not looking for something like that.

Update: I did some A/B testing comparing 16/44.1 MP3 to 24/96 FLAC formats of the same electronic song (Mont-blanc from Tokyo Audio Waffle’s Maple Mont-Blanc in particular) on these headphones, and I was surprised by the imaging precision. Sounds that I had previously perceived as just being to the left and pulsing on the CF2W were coming through as if the source was circling clockwise, 6~8 inches away from my head.

The ATH-DSR9BT is not very good at attenuating noise. I can hear cars passing and people talking while playing music at a moderate volume, which is a problem if you want to shut out the world and live in the music, but it’s not so bad that it’s unusable in my opinion.

The final word on ATH-DSR9BT

Audio Technica is on to something with these headphones. If they can tighten up the build quality, flatten out the V curve a bit, and improve the portability, I think these headphones would be close to perfect. 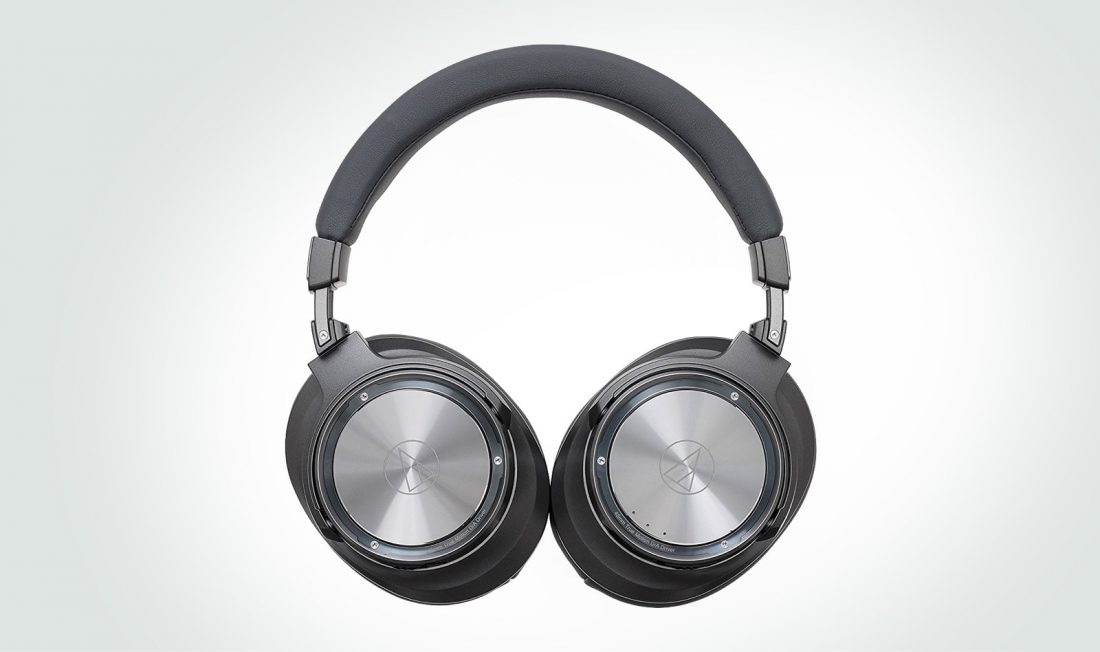