From heavenly ear pads to magic mids, the Brainwavz HM5 is a formidable player in the sub-$200 headphones market.

Disclaimer: I am not affiliated with Brainwavz in any way, and I have written this review as impartially as possible.

Review by: “Charlie” from The Little Audiophile

In the studio monitor headphones world, what headphones are available to us? The legendary Sony MDR7506, the highly regarded Beyerdynamic DT 880, the ever-so-popular Audio Technica M50x (and M40x, mind you), and many other brands that come to mind.

But in this review, we’ll be looking at the Brainwavz HM5: an unsung hero in the sub-$200 studio monitor headphones market. Read on to find out more about this hidden gem. 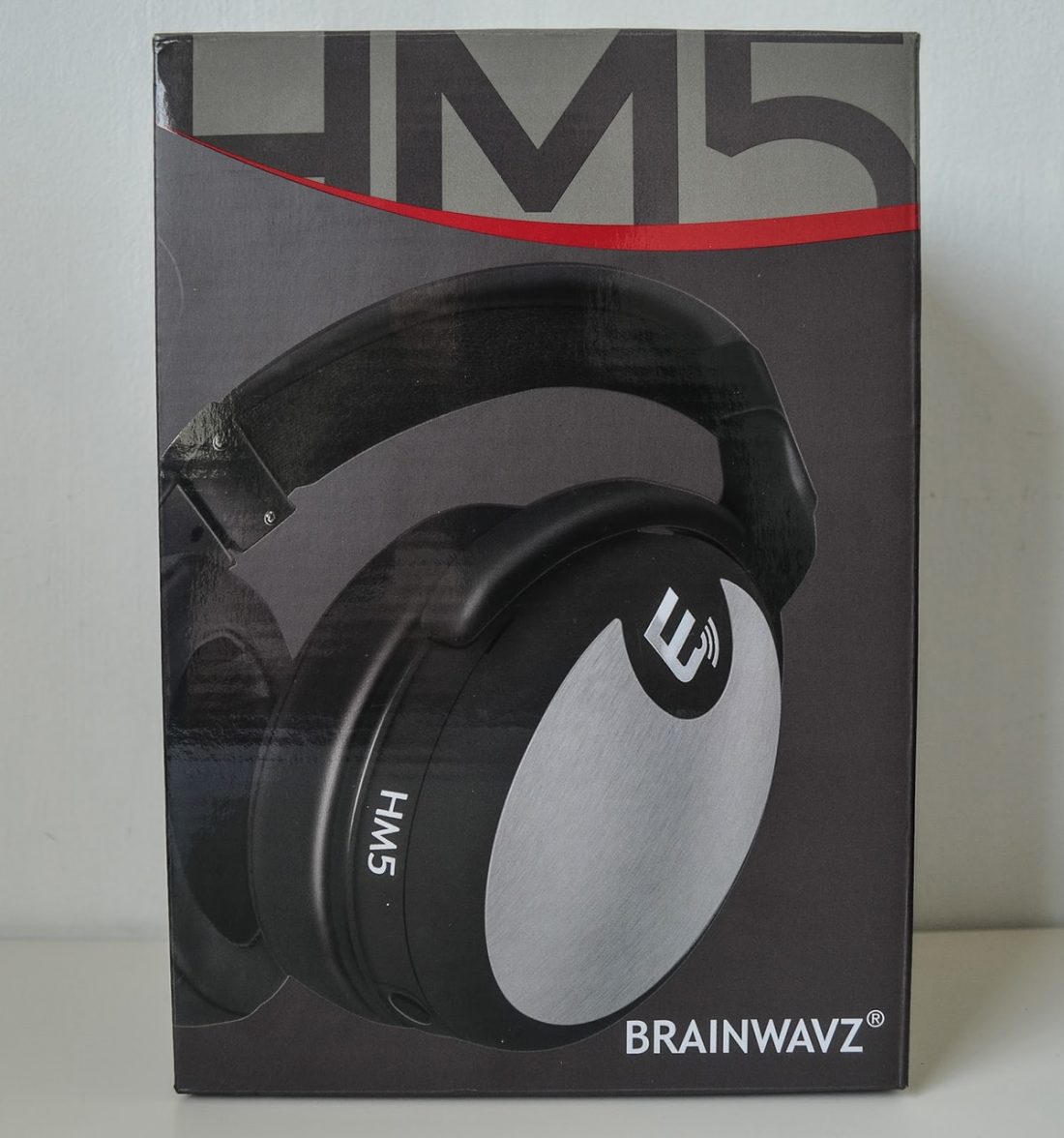 To be frank, the packaging that ship with the HM5 is really nothing to write home about. Aesthetics-wise, I’d give it a solid 3/10; it’s just a laminated cardboard box with branding and specs all over it.

However, practicality-wise, I’d actually give it a 10/10.

Open up the box and the first (and only) thing you’ll find is a black dinosaur-egg-looking hard carrying case that houses the HM5. Simple and effective. Open that up, and you’ll find: 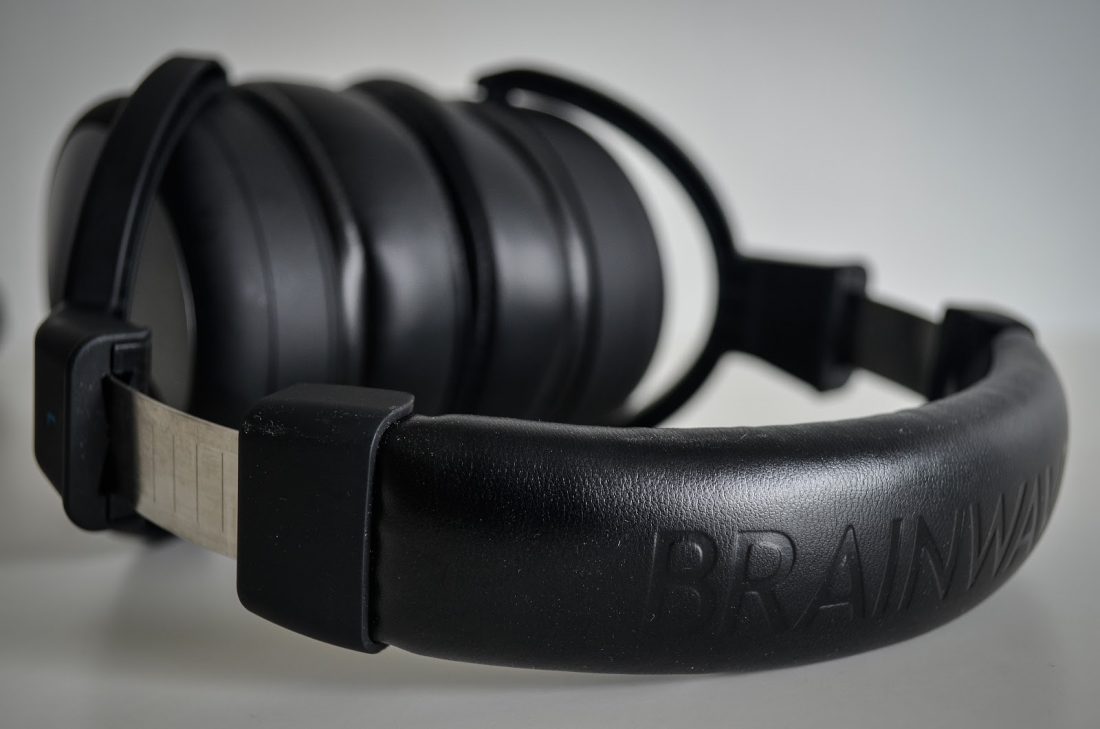 Brainwavz sticks to a no-nonsense design that gives the headphones a kind of retro feel. It uses materials such as synthetic leather for the headband and ear pads, metal for the headband slider and faceplates, and finishes it off with a soft-touch plastic for everything else.

One minor complaint is that the headphones do not collapse into a smaller form for ease of portability.

The ear cups’ swivel allows only a small amount of horizontal adjustment—approximately 10 degrees max. Though I would have liked a more sophisticated design in this aspect, it does work as it should. However, the vertical swivel movement is more forgiving, allowing approximately 90 degrees of rotation. 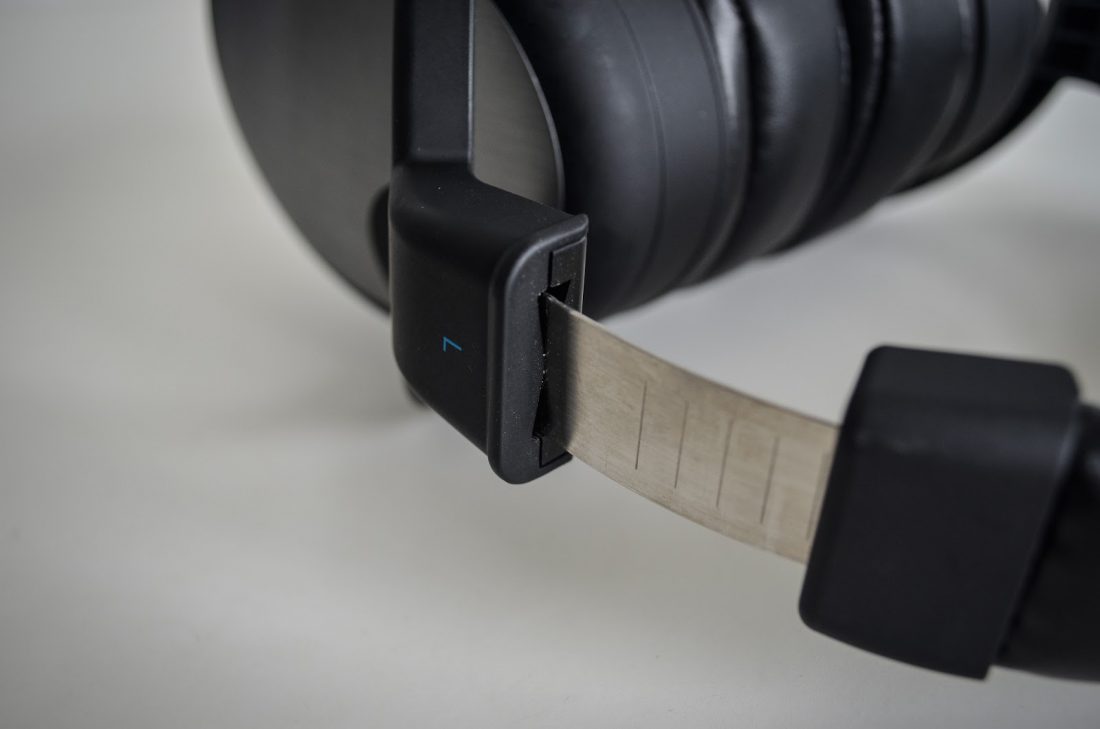 The headband is decent. It has sufficient padding, which does not put much pressure on top of the head. If I had to nitpick, I would have liked a slightly more reinforced mechanism for the height adjustment, instead of just having the metal slider carrying all of the strain. The slider is tactile and clicky enough such that I don’t often find myself overshooting my desired settings. 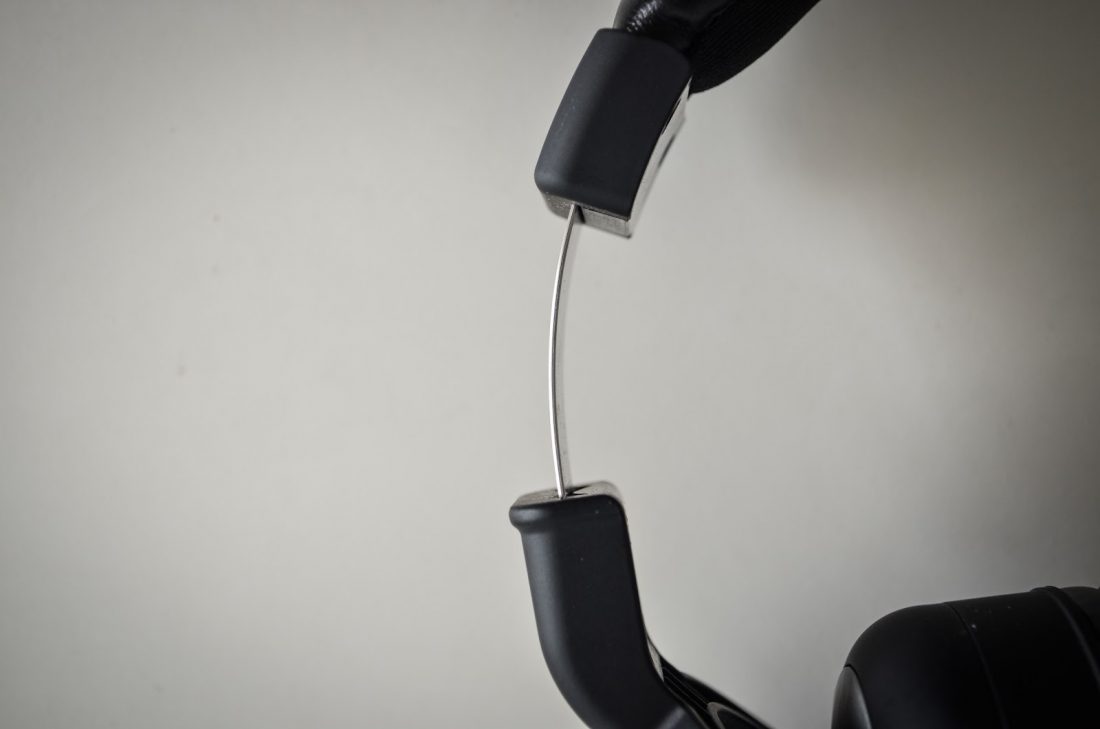 The 3.5 mm jack on the ear cups also uses a surprisingly secure click-lock mechanism. That said, it does not secure as firmly as a twist-lock mechanism. But honestly speaking, if you do manage to somehow yank the cable out from the ear cups of the HM5, you’ve probably already damaged something. 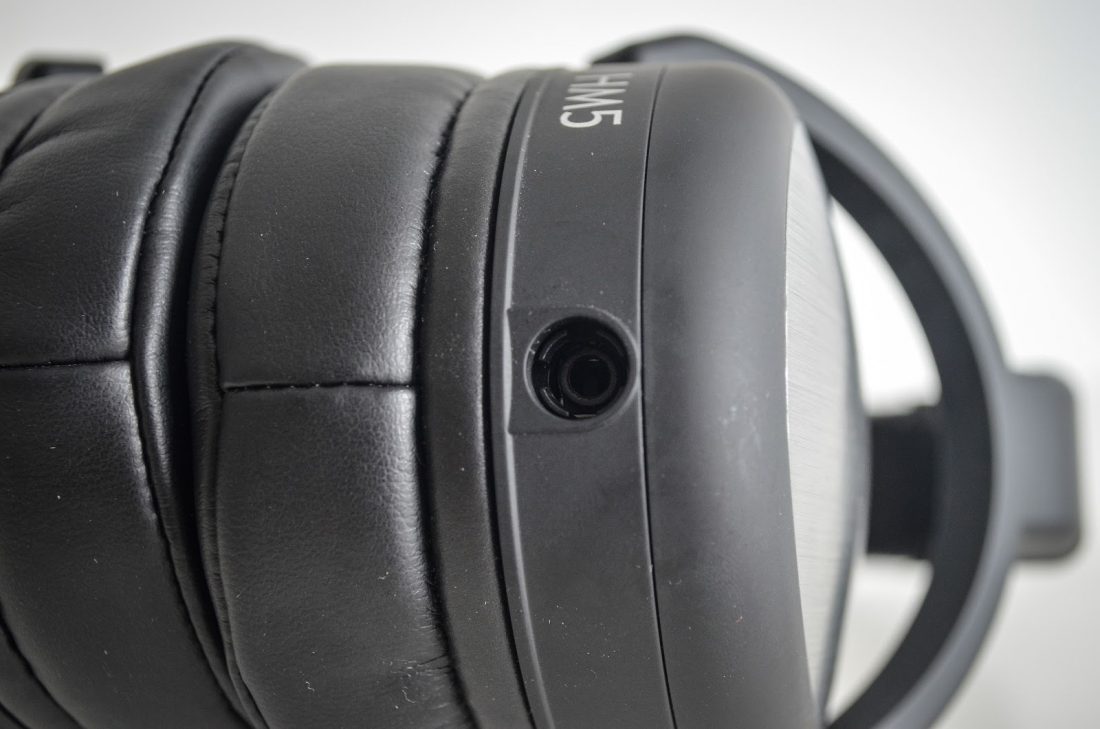 The HM5 cable reminds me a lot of the Audio Technica ATH-E40 cable that I own. The HM5 uses a bi-wired (non-helix) cable that supposedly helps reduce cable interference.

The 3.5 mm TRS straight jack is robust and really well made, though slightly (and unnecessarily) long. The entire length of the cable is also sufficiently thicc (heh), and it terminates into two 3.5 mm TS jacks for the left and right ear cups. 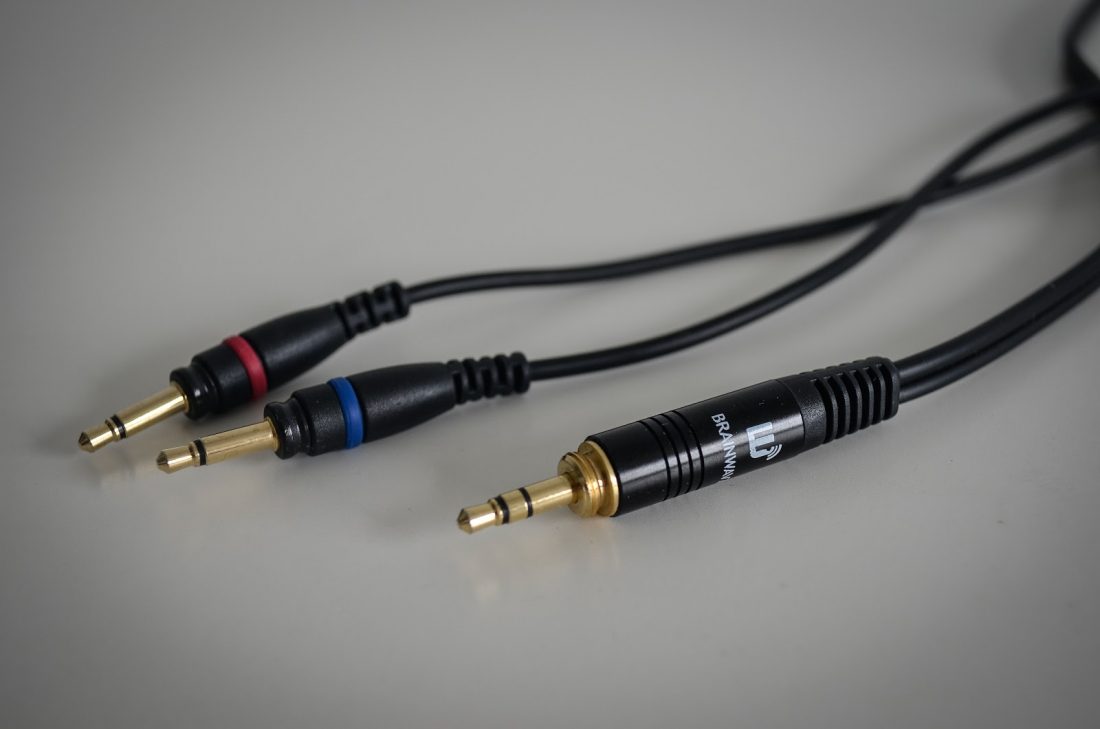 What good are headphones if they sound downright heavenly, but leave you with bruising around your ears and heartbroken about spending your hard-earned cash on equipment that might as well be a medieval torture device?

Thankfully, that’s not the case with the Brainwavz HM5.

If I had to describe the HM5 ear pads with one sound, it would be: soothing moan.

They’re practically indistinguishable from white fluffy clouds or the soft compressible pillow you look forward to after a long day of hard work. 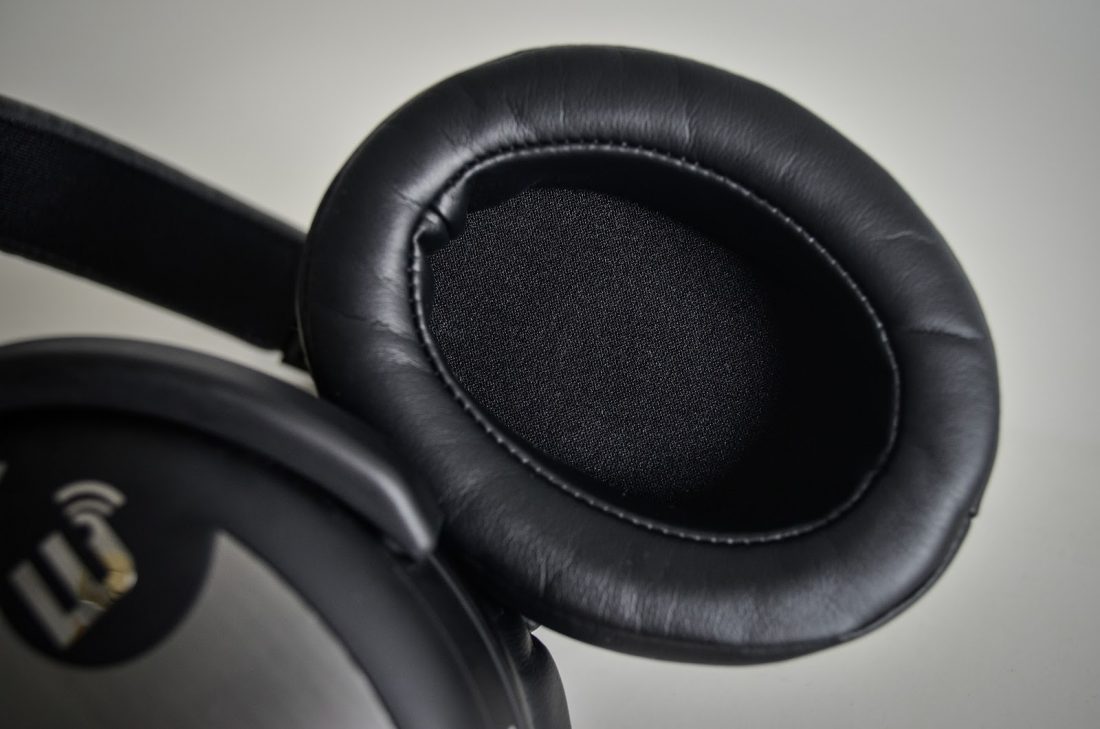 I would say that the headband clamp force is considerable, but the ear pads do such a great job of diffusing that pressure that all you’re left with is a very secure and comfortable fit. On a side note, the ear pads on the HM5 are so good that I’d recommend trying them on other headphones like I did on my ATH-M40x.

Here’s where things get really interesting. When I first put these sweet things on, I felt that these headphones carried a neutral to slightly bright signature sound. I still feel this way, but when I did a simple Google search on the frequency response of the HM5, I found that the tests showed these headphones technically have a slightly rolled-off treble response.

Despite the neutral-bright sound signature and the leaning toward technicality as opposed to musicality, these headphones are very pleasant to listen to! Sure, music doesn’t sound all that fun when compared to headphones with a U-shaped or V-shaped sound signature, but the HM5 shines in the sense that it keeps everything very clean and “stock” to what the musicians want you to hear.

The soundstage is quite wide for a closed-back pair of headphones. (Still, not as wide as open-back headphones, such as the Sennheiser HD600.) In the case of the HM5, the wide soundstage is the result of the thick ear pads, that in turn distance the drivers from the ears.

In this regard, instrumental separation is very good, and imaging is fantastic. There’s good perception of depth and width in tracks, which can actually add realism to live albums or tracks. 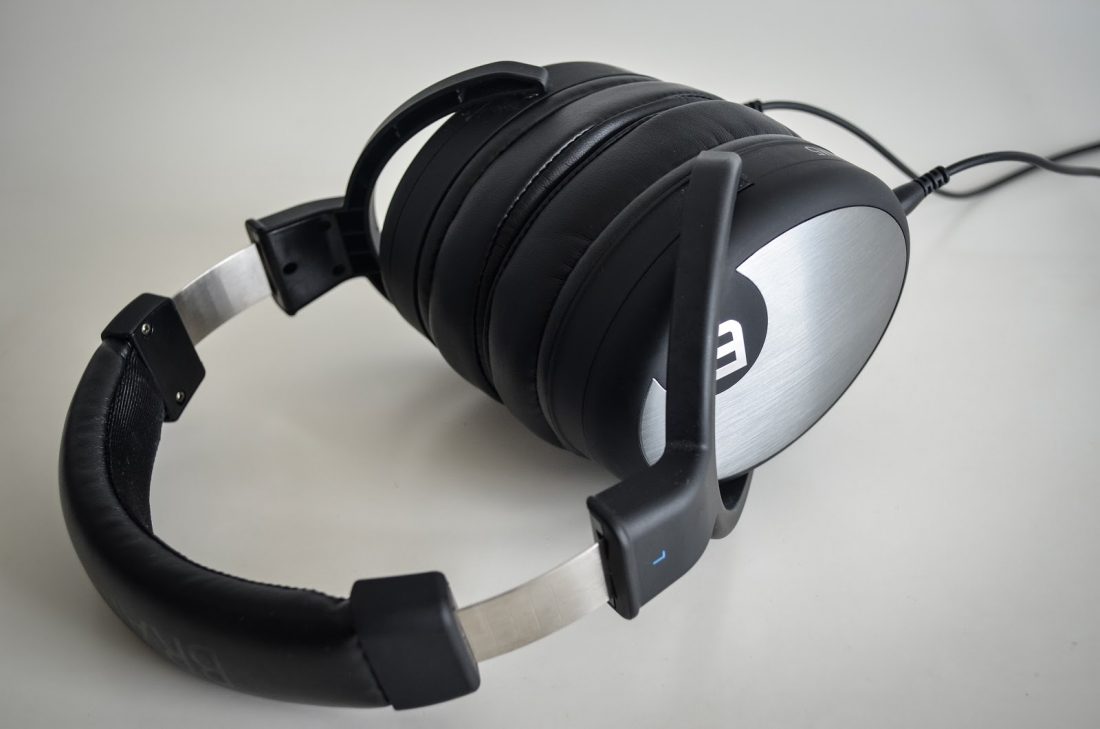 Considering that the HM5 is essentially neutral studio monitor headphones at heart, the bass is not exactly its strong point. Though it’s far from sounding rich or punchy, it is quick and doesn’t mud the mids at all (however, there’s slightly more mid-bass than sub-bass in terms of quantity). Sub-bass extension is great but doesn’t have the rumble. With that said, these headphones are definitely not for bassheads.

Vocals are the highlight of the headphones and it was wonderfully intimate and articulate. Both male and female vocals sound equally fantastic.

The mids on the HM5 are where the magic happens.

String instruments sound heavenly on these headphones. For example, the guitar strums in the song “Some Must Dream” from the Acoustic Live album by Nils Lofgren are a real pleasure to listen to: crunchy, lively, and clear.

Trebles on the HM5 are non-intrusive and very smooth with no obnoxious peaks in the frequency, though I would consider them to be on the slightly brighter side. There is little to no sibilance displayed, and the slightly elevated trebles do help to bring out some vocal detail from tracks. Treble extension on the HM5 is decent and does not roll off early.

Honestly, the Brainwavz HM5 pairs well with any source; it really depends on what sound signature you’re going for. I’ve paired it with the warm-sounding Astell & Kern AK Jr and Fiio Q1 MKII, along with the V-shaped-sounding Sony Xperia XA1. I’ve found that the HM5 pairs well with all the above-mentioned sources. 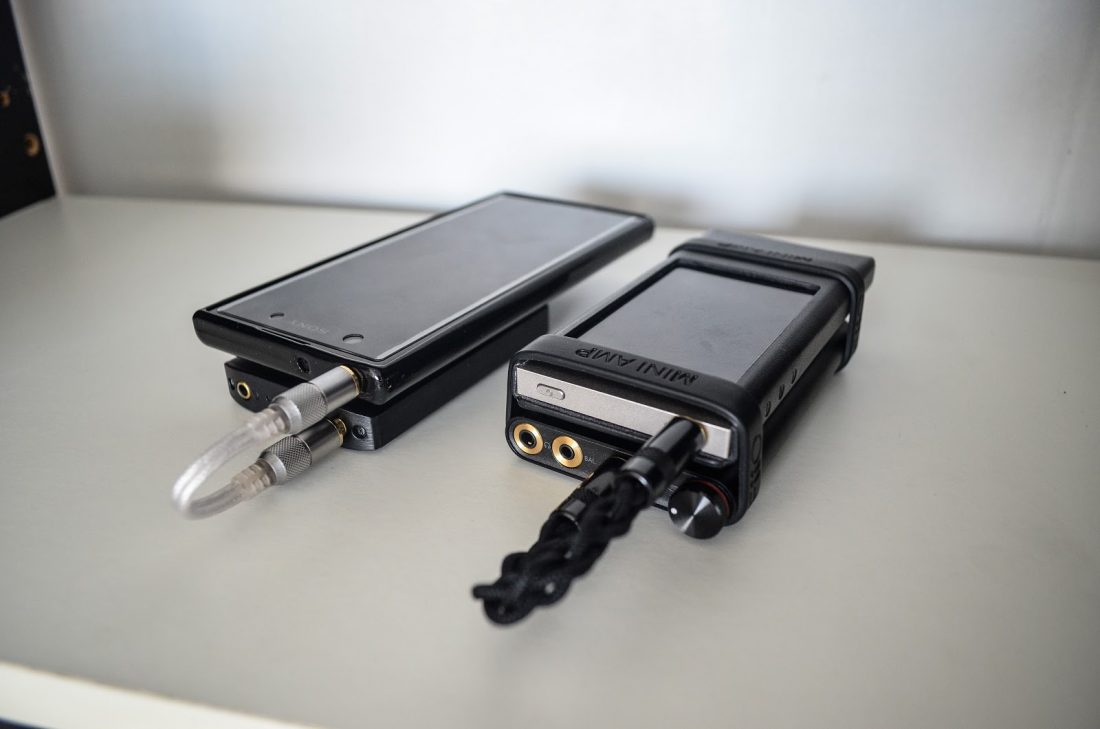 Although the headphones are rated at 64 ohms, I was able to achieve a comfortable listening level with the volume at 60% on my Xperia XA1.

Can your audio source power the Brainwavz HM5? Use the Headphone Power Calculator.

To sum up, I think the Brainwavz HM5 is a wonderful pair of neutral-sounding headphones. Sound quality is superb, and apart from Audio-Technica M40x and the Sony MDR7506, I don’t know of another pair of closed-back neutral headphones that can match the Brainwavz HM5 in terms of price-performance ratio. Plus, the HM5 is considerably well built, though the design is very subtle and basic.

Considering that I’ve owned an ATH-M40x—the legendary neutral-sounding headphones under $100—for over three years now, I can safely say that the Brainwavz HM5 carries a relatively similar sound signature, except that the trebles on the HM5 are slightly less prominent, while the bass is slightly less weighty and impactful. The soundstage on the HM5 is much wider than that on the M40x.

I mentioned the M40x because it’s very well known, and I’m hoping that this example can give you a better frame of reference for the HM5. Which of the two would I prefer? Honestly, it’s really hard to say.

Well, that’s it for now … catch you later! 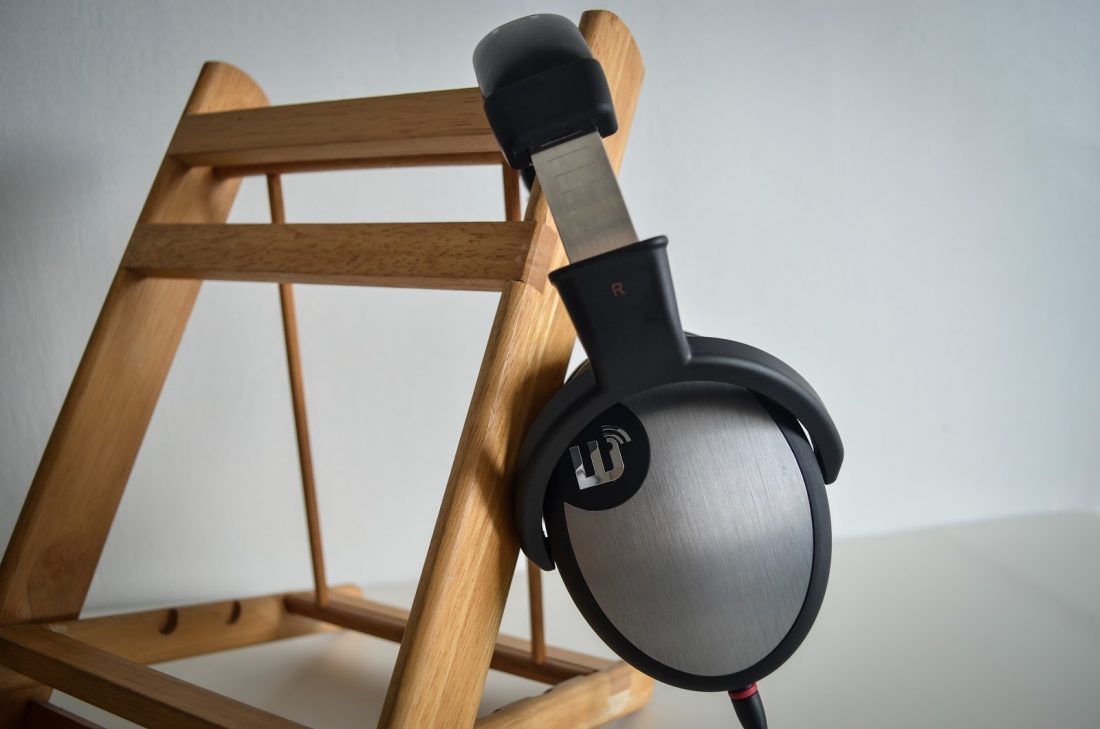