What are you really paying for when you pick up a pair of Beats? This is a breakdown of what’s in it for the buyer who chooses Beats “style over sound” headphones.

What do Lady Gaga, Lebron James, and Kylie Jenner have in common? A fondness for Beats by Dr Dre headphones it seems. The prominent audio brand burst onto the scene in 2008 and has since made a name for themselves with their unique and stylish designs.

Over the years, style over sound has been a characteristic of Beats headphones but has it always been like that? If that is the case, what else is in it for the consumer by getting a pair? 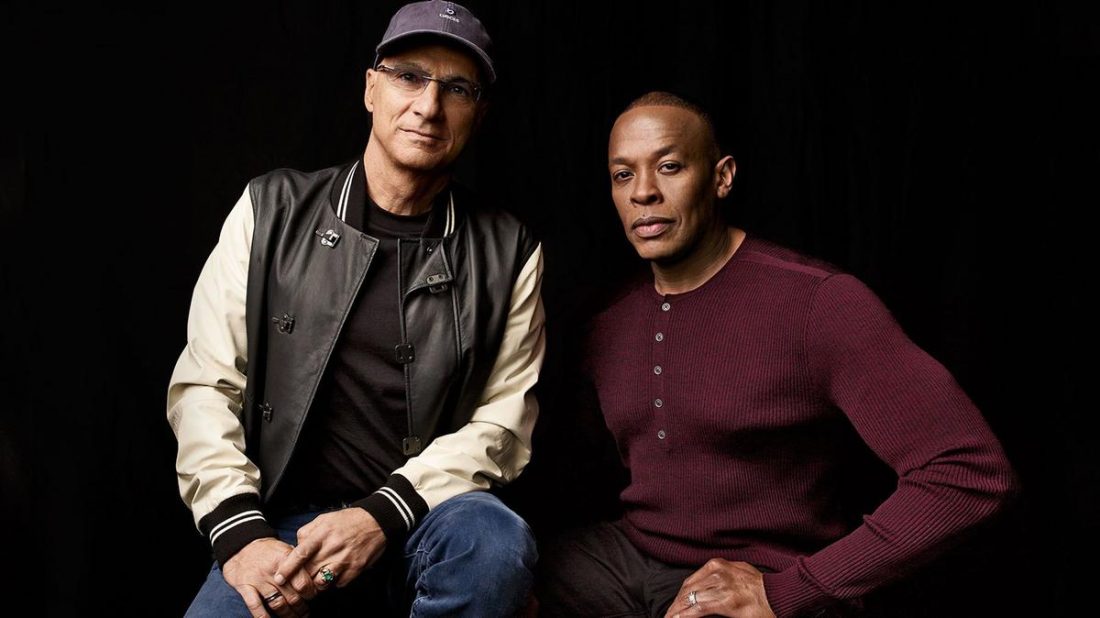 “I was like, ‘This is not how it’s supposed to sound. This is not what I spent all this time in the studio for.’ We decided we had to do something about it.”

Co-founded by hip-hop legend, Dr Dre and music producer Jimmy Lovine, these two music professionals were sick and tired of the low-quality sound delivered by the iPod’s cheap earbuds.

Aiming to revolutionize the industry with a brand of headphones that could provide the best sound quality with personality, the duo then embarked on a journey that would see Beats rise up as one of the prominent players in the industry.

We all know Dr. Dre’s name is part of the Beats brand but who is he exactly?

With the likes of Beyonce and Taylor Swift taking over the internet in recent years, it’s easy to forget who Dr. Dre is. But a legend will, of course, have his own epic origin story *cue triumphant hero music*.

–  Lyrics from “Express Yourself”

As one of the key members of iconic hip-hop group, N.W.A, Dr. Dre was part of a legacy that changed and shaped hip-hop with their tendency to infuse their songs with social commentary and brutal honesty. 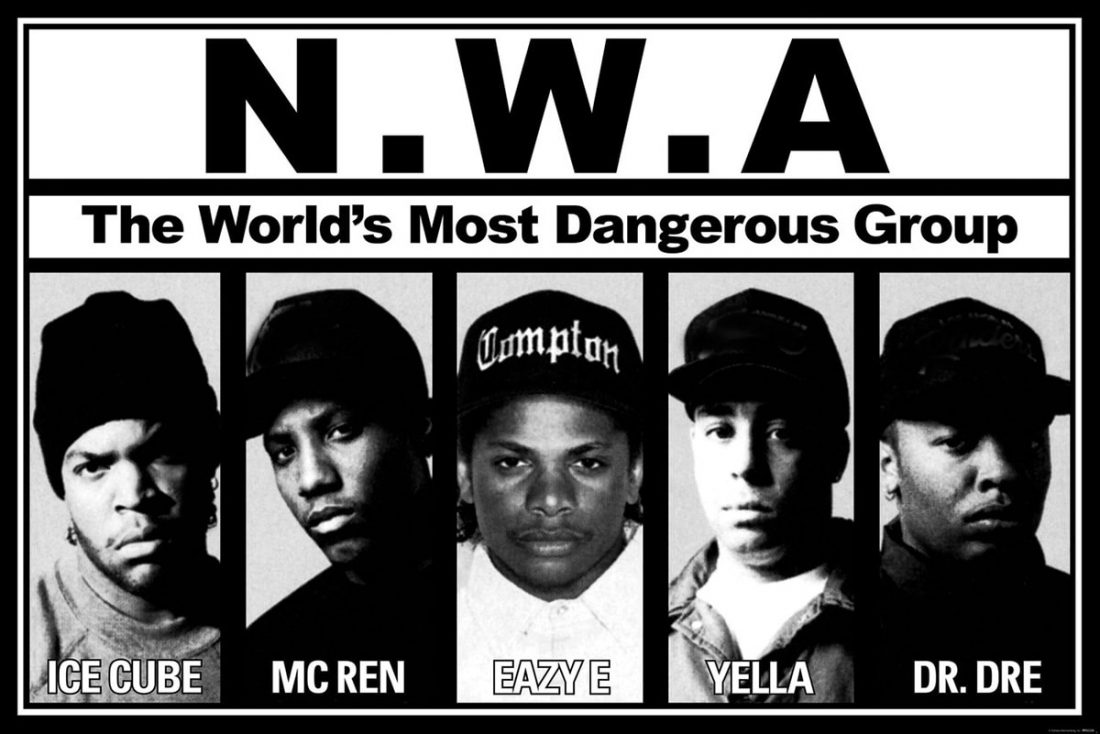 “F**k Tha Police” is a song that protests against police brutality and racial profiling while Dr. Dre’s line in hip-hop group, N.W.A’s, “Express Yourself” shows how the group described the harsh realities of their lives through their music.

It’s little wonder that all these hard-hitting songs have given Dr. Dre an image of a total badass and infused the brand with its trademark aura of rebellion and defiance.

However, while Beats headphones definitely have personality, one can’t say the same for its sound quality.

Trivia time: Dr. Dre was egged on by his lawyer to start a line of sneakers but co-founder Jimmy Iovine convinced him that headphones are the way to go

In hindsight, this may or may not have been a good thing seeing that people have pretty harsh things to say about their products?

Your call, but let’s share some of those criticisms regardless, because a good consumer is an informed consumer.

With wireless headphones starting from US$299.95, the most common criticism is its unwarranted hefty price tag.

In order to find out more about the components, the good people from Bolt and Gizmodo have tried to tear down a set of headphones with similar findings. Avery Louie from Bolt, even goes one step further to estimate its actual value at around US$20.18.

That puts the retail price of their headphones at least a whopping 10 times more than the production cost. Talk about a very good profit margin.

Now when talking about the bass portion, it’s probably good to take into account Dr. Dre’s background. As a hip-hop artiste, heavy bass sounds are pretty characteristic of the genre.

What’s hip hop and rap without those sick beats right?

Beats, as the brainchild of Dr. Dre, has also inherited this trait of favoring bass-heavy sound signature. This usually means while everything’s swell when listening to songs with a lot of bass, when it veers away from it…not so much.

“There’s not nearly enough definition to make the bass sound good, and it drowns out nearly everything else in the music”

According to Lifehacker’s Whitson Gordon, Beats doesn’t even do bass sounds all that well too.

Beats has a reputation of being flimsy. With two metal parts ultimately attached to a cheap plastic headband, it makes Beats more vulnerable and fragile.

Ironically, this is the opposite of the badass image it has been trying to create.

So it seems there are many well-documented downsides to acquiring a pair of Beats headphones. Which brings us to the question: What are you really paying for when you get yourself one of these gadgets?

We’ve thought of a bunch of fringe benefits that follows as a package deal:

Beats is no stranger to celebrity endorsements. Ed Sheeran, check. Serena Williams, check. Cara Delevingne, check. You name it, and they would most probably have appeared in Beats massive roster of star-studded ambassadors. The one thread stringing many prominent celebrities together is none other than a pair of Beats headphones, and now, that thread includes you when you purchase a set of your own.

Most interestingly, there was the ambush marketing tactic Beats adopted at the London Olympics in 2012.

Without being an official sponsor for the event, Beats sent their headphones to the athletes directly and was rewarded with hordes of athletes showcasing their gear on the international stage.

The “Magic headphones” were huge in China when swimmer Sun Yang broke numerous world records that year. Especially because the swimmer was using his noise-canceling headphones as a way to focus and prepare for his competition, Sun Yang’s very successful run at the games was just a huge win for Beats as well.

The massive exposure, of course, contributed to a huge sales spike that reinforces how purchasing behavior is influenced by the association the buyer makes with the product.

Let’s be honest, Beats headphones are not cheap. In fact, the brand has positioned themselves as a premium brand with a corresponding price tag. At first glance, this might be a deterrent to many but premium prices imply a certain degree of quality.

Sometimes it’s a false impression though! Comparing a set of $50 headphones to a $300 one, it is a logical expectation that the premium priced one will be of higher quality…or not?

Moreover, Beats has been customizing some of the most expensive headphones for the ultra rich. Lil’ Wayne donned one of these $1 Million Diamond Beats at a basketball game that elevates premium headphones to another level unto its own.

In this case, headphones are rightfully used as a way to flaunt wealth.

Millennials have been shown to emphasize more on self-expression and the concept of being uniquely yourself is constantly beaten (no pun intended) into their heads at every turn. Beats headphones cater to this desire as their bright colors and stylish designs are able to infuse a pop of personality that sets one apart from others.

The collaboration between Beats and Balmain combines chic design characteristic of the fashion powerhouse with music and further reinforces the importance self-expression plays in the popularity of Beats headphones.

“Chatter chatter chatter. Take refuge at will. The world is filled with wolves and praise and ploys. But the kids who can shut off their ears, rise above all that noise.”

– Snippet from the #AboveTheNoise ad

Evocative storytelling delivered through their ad campaigns are also examples of how Beats sends strong brand messages using relatable concepts such as challenging the status quo and overcoming adversity.

In the #AboveTheNoise ad, scenes of a young boy having a bad experience at his first soccer practice match were shown.

The voiceover in the clip continues in his deep husky storytelling voice about how this boy belongs to a group of children who could shut off their ears. Silence the praise and silence the fears. Rising above it all with the help of some handy dandy noise-cancelling Beats headphones.

A reveal towards the second half of the ad shows the young boy growing up to be world-class soccer player, Neymar Jr. and with this, Beats effectively weaved a short motivational story that everyone can get behind into their ad.

Selling emotion pays when your audience identifies and believes in the messages the brand is trying to convey.

It is also very clever of Beats to create this “us against the world” mentality in their supporters. Not only does it relate to Dr. Dre’s image, it certainly gives their fans more bravado when confronted with detractors of the brand.

Are Beats Headphones Really That Bad?

Recent reviews (check these out: here, here and here) of Beats headphones have been pretty positive with most of it focusing on the Beats Studio 3.0 Wireless.

Here are some of the good things that were said:

Most of them compared the performance of the Beats Studio 3 Wireless to that of Beats Studio 2.0 Wireless. While quite a few functions such as adaptive noise cancellation and better sound were already being observed in the Studio 2.0, Beats went ahead on improving it more in the Studio 3.0.

Looks like Beats is finally making a legit effort to create a better product that justifies its price. With this steady improvement, there looks to be more reason than ever to try out or stick to the brand.

Of course, there are still people who absolutely detest Beats and won’t hesitate to tell you that. In fact, this scathing review here is rather entertaining.

However, since no one can ever please the world, the bottom line behind getting a pair of Beats still lies in the reason you are picking Beats. If you’re an undiscerning user who for the life of him/her can’t tell the difference between headphones, then it probably wouldn’t bother you to get a pair.

If it is the price, then turn around immediately because it ain’t pretty. Honestly, there are many other better quality or more value-for-money alternatives out there but ultimately who is to say your choice of Beats isn’t a good one as long as you have no regrets?

We say you do you.