The Carrot and the Stick.

The Carot One Audio Revolution Titta is packaged in a small orange cardboard container with an opening tilt-split top (slightly larger than a deck of playing cards) with more than a passing resemblance to a cigarette package. Inside is a small card listing features and specifications, grey foam packaging and one extra set of small-sized rubber tips.

What the Heck is Audiophile Class D?

The Titta packaging is boldly labeled: Audiophile Class D. Class D typically refers to a type of electronic switching amplifier. I am unaware as to the meaning in reference to headphone technology or performance.

The Super Titta box does not have this label and doesn’t claim audiophile status at all. Foreshadowing perhaps?

The Super Titta are packaged in a larger orange cardboard box of standard design with an approximately 3” x 4” clear plastic window in the front. Inside you will find white foam packaging, the six EQ caps, and two extra sets of blue rubber tips (S, M, L).

It’s the Little Things that Aren’t There.

Where Do These Come From?

The packaging also does not indicate the country of production. When I asked my contact at Carot One, I was told that they are developed and designed in Italy and manufactured in the Far East.

With some research, many of the products offered by Carot One strongly resemble products being offered by Mui Audio in China. However, the copper orange color seems to be unique for Carot One and I’m unsure if there are any other internal changes made for the Carot One products.

Please note that I could not find equivalent products to the Titta or Super Titta from this or any other manufacturer.

Here’s where I quickly ran into issues. The day after they arrived, when removing the Titta from my ear, the right driver unit separated on the seam connecting the front and back halves. It clicks back together somewhat less securely with each separation. It appears to work properly, but unless I utilize excessive care, it happens each time I use it.

The Parcel Did Not Arrive Unscathed.

Now several things should be noted. The parcel was definitely mistreated in transit from Italy to Canada and the boxes in the paper envelope showed evidence of crushing. Upon removal from the packaging, the IEMs themselves did not appear to be damaged.

Certainly, if they were boxed and wrapped in better cushioning, it would have minimized the chance of this sort of damage.

When I contacted Antonio Scalio from Carot One to inform him of the situation, he passed along the following information:

This was the first time he had heard of this sort of issue. In fact, Antonio told me “Non è mai capitato che un nostro earphone è rotto”; that it has never happened that a set of their earphones has broken.

I wanted to make sure I understood what he was saying, “I just want to clarify that you’ve never had one of your earphones returned broken? Never a broken cable or anything?”

Literally the following day I noticed that one of the small mesh screens on the Super Titta caps had fallen off and is now missing. Again, not something that impacts the sound, but it made me wary of the build quality.

The cord is thin (ever so slightly thinner on the Super Titta), a rather fragile feeling and non-replaceable on either model. In addition, it is also very prone to becoming tangled – especially when new. The TPE (Thermoplastic Elastomer) gummy-feeling rubber coating on the cord grips well to itself.

In my case, swapping between the Titta and Super Titta, all too often resulted in the cords becoming inextricably wrapped around each other. With use (and likely contaminants from hands) the gummy feeling decreases with a corresponding improvement in tendency to tangle.

Further exacerbating the tangling situation is the cord’s tendency to remain twisted. I have hung the cords for weeks when not in use in an attempt to straighten them (with limited success). If these are stored coiled in a small case (as most IEMs are), I expect they would always remain twisted and somewhat difficult to disentangle. 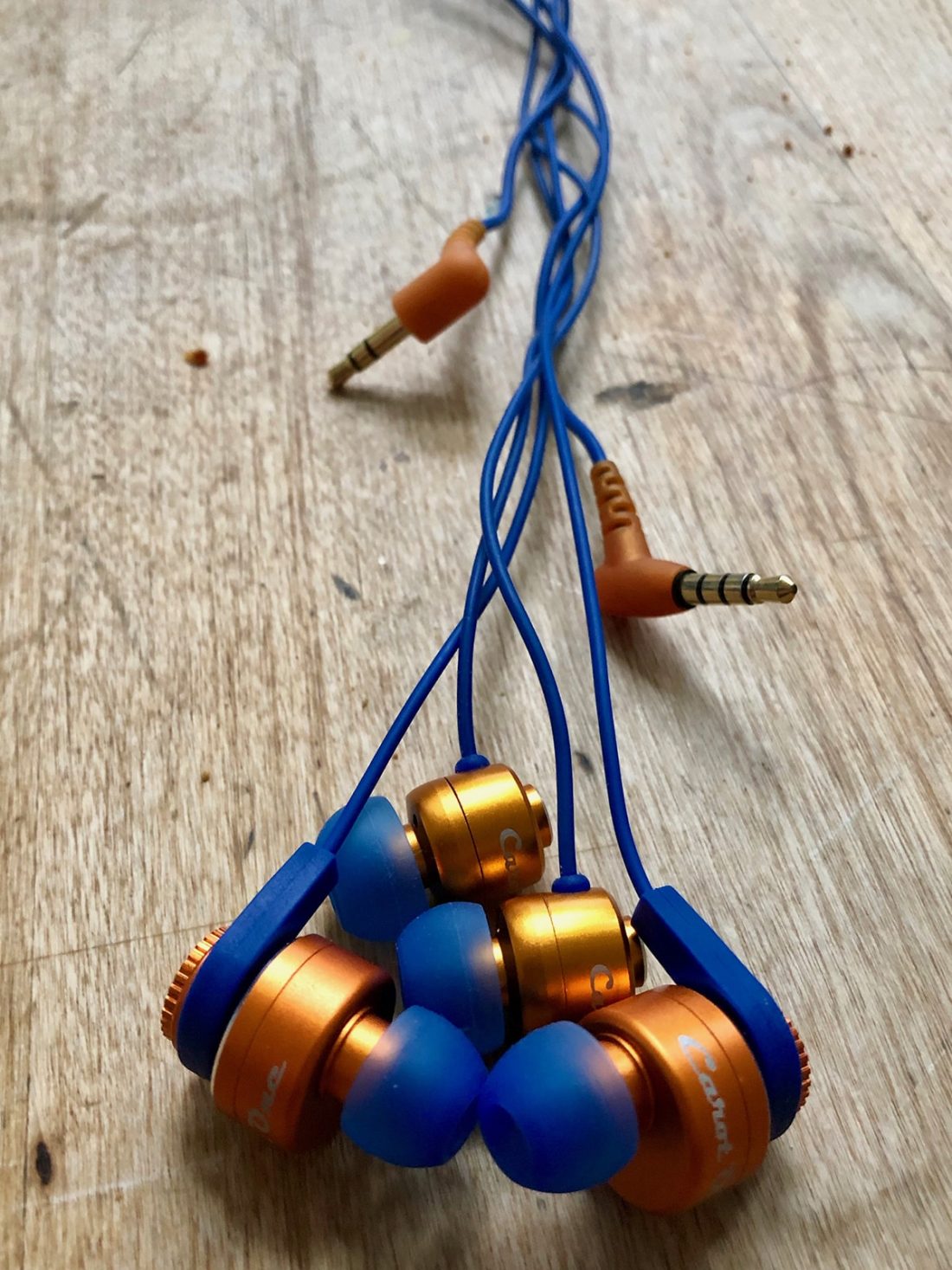 On a positive note, the cables are not excessively microphonic and did not impact my enjoyment or usage.

How about the splitter?

The Titta features an attractive, copper-colored, metal y-splitter. It lacks a microphone, buttons or volume control. However, is far more appealing and premium in appearance than the larger plastic splitter on the Super Titta.

The Super Titta splitter’s functions work as expected, but it does not present the impression of a high-end product. The plastic color is barely an adequate match to the metal finish on the IEMs themselves and lacks metallic shine. 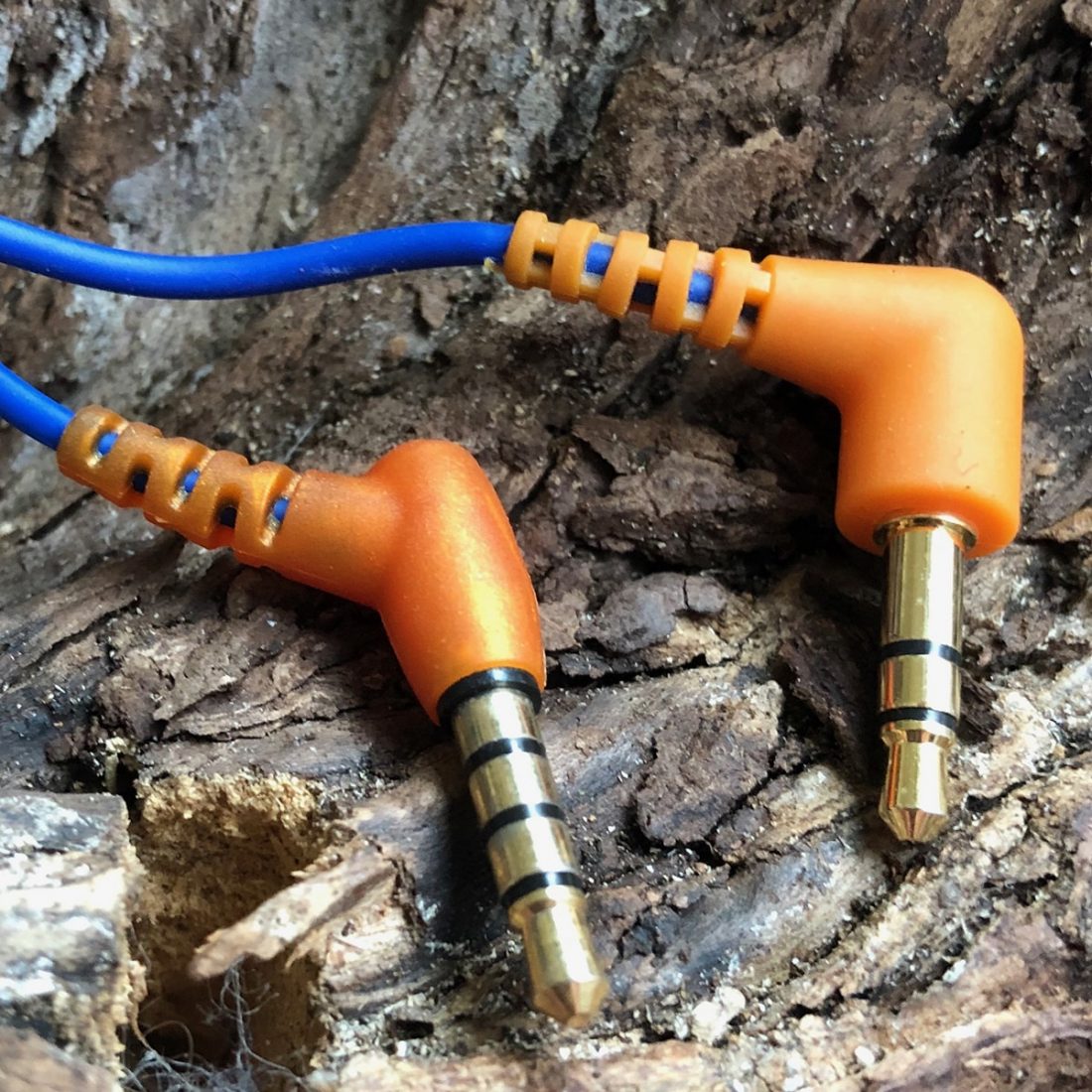 The Titta has a 90-degree gold-plated jack with adequate strain relief while the Super Titta’s jack is at 45-degree and somewhat more svelte. Strain relief on the y-splitter and to each IEM is minimal.

The Titta is really the star of the show. It has a much clearer sound and a reasonably neutral signature. Mids are somewhat recessed and not as lush as my reference Shure IEMs, but the overall impression is infinitely more musical and engaging than the Super Tittas.

The Titta gives an enjoyable, (if ever-so-slightly) v-shaped sound. Neither extreme end of the spectrum goes too far, meaning no noticeable sibilance but rather limited sub-bass extension. Mid bass is present, tight and controlled.

The single dynamic driver delivers a much more coherent experience than the two-driver Super Titta design. The Titta does a respectable job at delivering subtle details in the music and provides decent isolation from exterior noise. Soundstage is about what I expect from IEMs with an ‘inside-the-head’ experience extending about to ear width.

The sound quality does not scale or vary much with source and amplification changes. Low-end oomph may be slightly improved with more robust amplification, but I found myself just as happy using the included Apple dongle on my iPhone X. The Titta is easy to drive and sensitive enough that half volume on my iPhone is plenty loud.

The Super Titta boasts a physical EQ system to tailor the sound and includes 3 different screws on (and off) caps for the back of each driver body. The caps appear identical, but are engraved inside with tiny letters:

How does the EQ system work?

There is no documentation included to explain the changes to the sound that each EQ cap is intended to provide. There is just the implication to use the appropriate cap for the corresponding music type. The package unhelpfully states: “For Amazing Listening Change The Cap For Kind of Music”.

I find it interesting there is no “RB” for R&B or Rap EQ option as bass is the relatively strong point for the Super Titta IEMs, and the market for fans of that music type must be comparatively large.

The EQ is a Neat Feature, but How Does it Sound?

The sound is very muffled with a tangible lack of musical detail and realism. An anesthetized midrange and severely reduced treble response that can only be described as muddy and veiled. Believe it or not, after that description, this is the second best choice.

Interestingly the Jazz EQ is by far the best option for all music types and the only option I found listenable. There is improved midrange compared to the Rock EQ, yet the sound still exhibits a profound lack of proper treble extension.

One could get used to the sound and even enjoy the experience once acclimated, but a quick switch to another set of detailed IEMs highlights what is missing in the Super Titta. The sound lacks delicacy and lightness. Nevertheless, it is full bodied and reaches relatively deeply.

The Classical EQ effectively removes all the bass and lower midrange with little to no improvement in the high end. The sound is tinny without depth or weight. It eliminates the strengths of the Supper Titta and is the worst sounding option of the three, regardless of music style.

Does the Super Titta Sound Better with No EQ?

Note: I found no significant improvement when using the Super Titta with different sources or amplifiers (whether directly from the iPhone X headphone dongle, JDS Labs C5D, or custom O2 desktop amplifier). 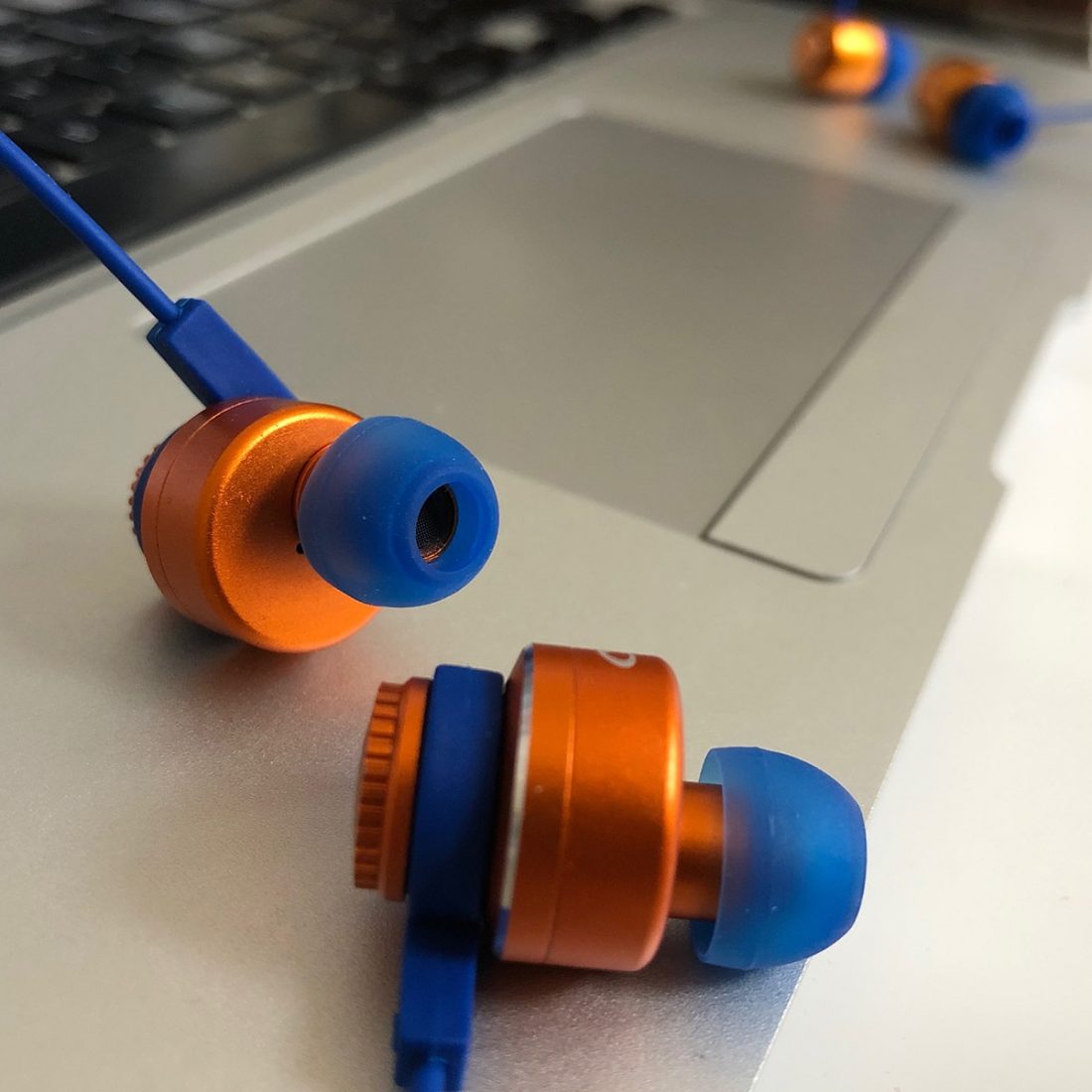 I find the Super Titta less comfortable than the Titta as the bulky round shape of the larger body pushes on the upper inside one of my ears. This causes fairly significant discomfort after an hour or so of usage.

Obviously, your mileage may vary depending on your personal ear shape and size. The safe comfort option is the diminutive original Titta, due to lighter weight and because the IEM body will not contact any part of your ear.

Firstly, thank you to Antonio Scalio of Carot One Audio Revolution for providing the Titta and Super Titta for review purposes.

I guess this conclusion is pretty obvious.

If it’s alright with you, let’s stop talking about the Super Titta and move on to better things.

But How Does the Half-Decade Old Design of the Titta Hold Up to Current Chi-Fi Offerings?

The latest generation of Chi-Fi (or ‘Chinese High-Fidelity’ products as it is commonly known) presents MANY options in the Titta price range. I believe neutrality is the main strength of the Titta and where it differentiates itself against the competition.

Much of the multi-driver, technical IEM wonders offered these days are extremely v-shaped and while offering incredible bass presence and extended highs, aren’t especially applicable for listeners looking for a more balanced and neutral sound signature.

The Titta distinguishes itself by being an all-around decent sounding IEM, with a quirky but attractive color scheme and no-frills design. If only my review set didn’t separate at the seam with minimal use, I’d be left with an even better impression. 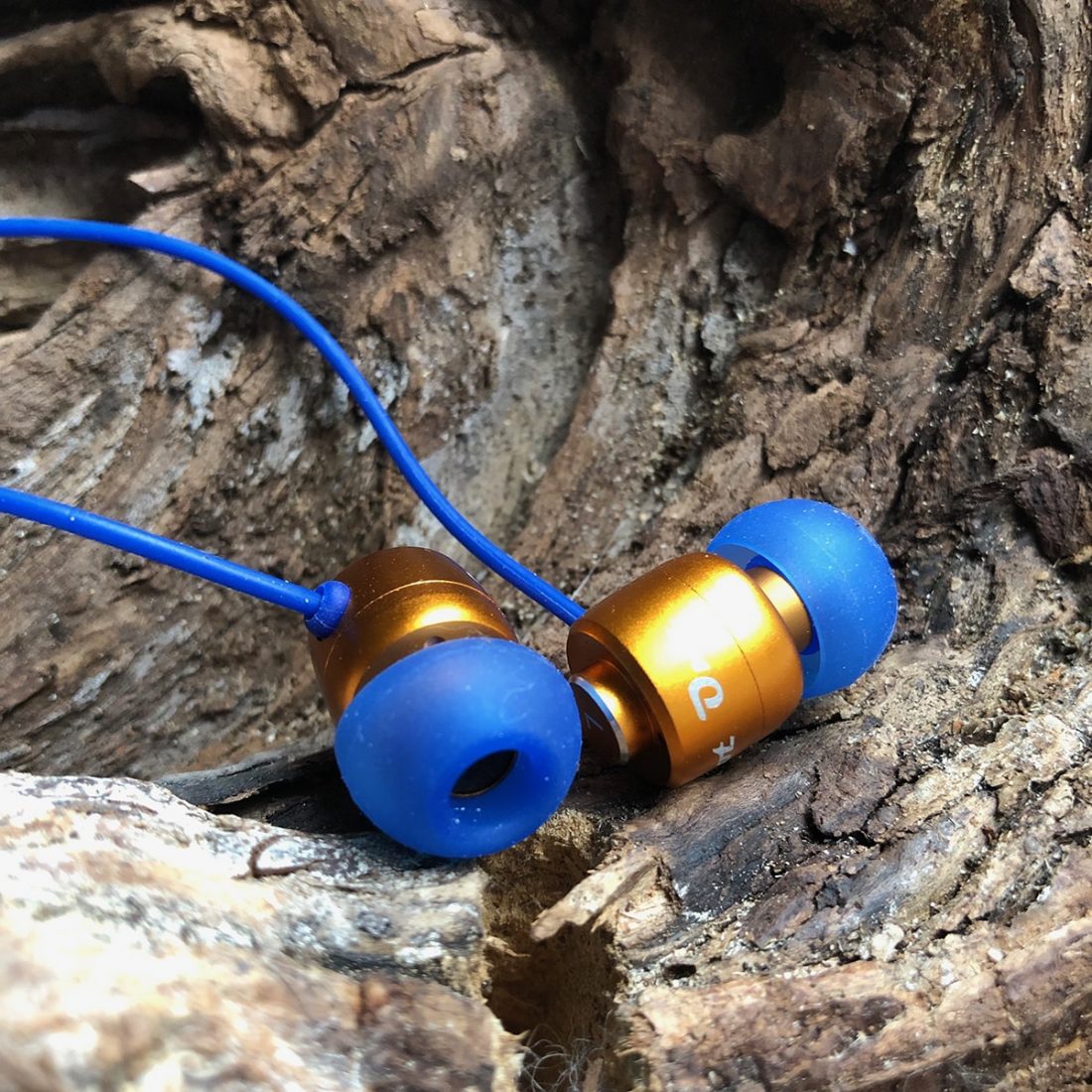