🎉 The Headphonesty Store is Open! 🎉 👀 Let’s Go
This post was originally posted on shoewave.tumblr.com

Often synonymous with ‘niche’, Final Audio’s latest offerings have been anything but. Hot on the heels of their extremely well-received E4000 and E5000, they’ve unveiled the latest in their lineup: the B series. 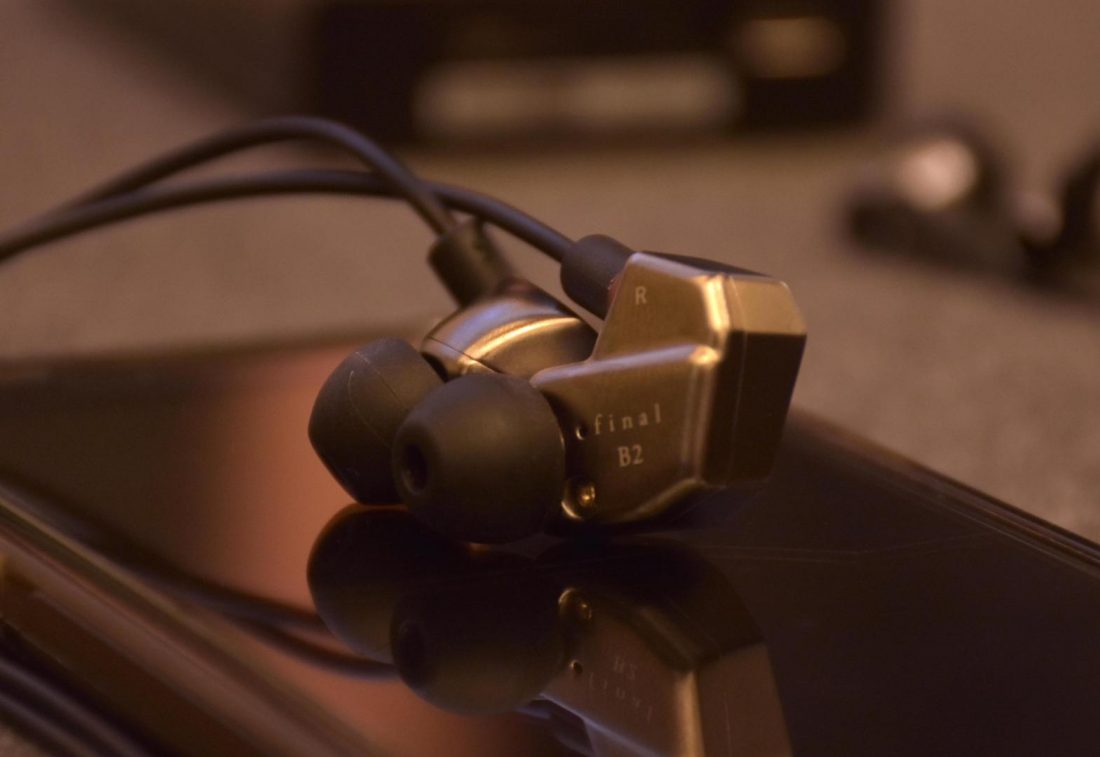 The multi-driver designs mark a promising new direction for the constantly innovating Japanese company, but will it keep their streak going? After a session with them at Canjam Singapore 2019, here are some first impressions.

Echoing Final’s existing MAKE series in both naming and design language, the new B1, B2, and B3 come in solid, stainless steel housings. Gold for the B1, grey for the B2, and silver for the B3 – a color scheme that also reveals their actual price brackets.

Despite the numbering, the B2 is the cheapest (est. USD200), with the B3 being the midrange model (est. USD500) and the B1 at the top (est. USD600). Do note that these prices are just estimates, and not…ahem…final. Anyways, the pricing order is no surprise once you learn what’s inside:

What is surprising is that Final’s offering a multi-driver setup at all. Their philosophy for the longest time has been that splitting frequencies across multiple drivers introduces an unnatural sound. Unlike most companies which have been adding drivers up to the double-digits, Final has been pushing the boundaries with single-driver IEMs.

This has resulted in some stunning earphones, from their legendary FI-BA-SS series (single BA) to their latest E-series (single dynamic). Though they’ve explored multi-drivers/hybrids before in their MAKE and Sonorous series, those were more niche offerings, and the B-series marks their first serious foray into multi-drivers for the general market. 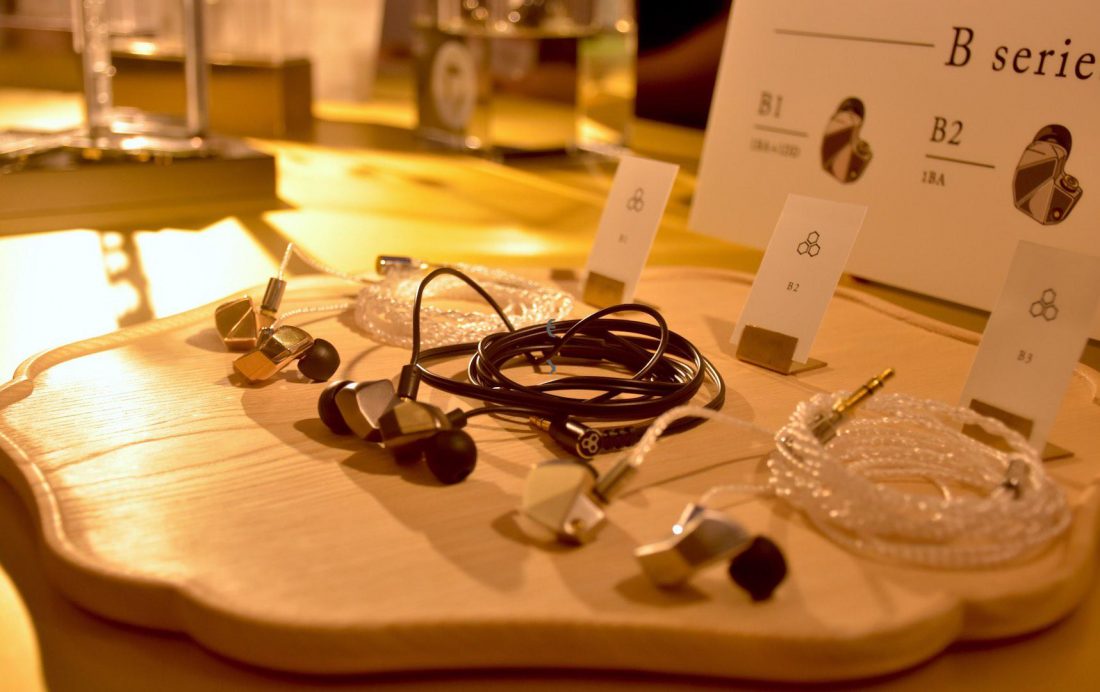 Right off the bat, these are impressive, all three models feel solidly built with clean surfaces, and the angled design clearly has Final’s signature blend of artisanal and industrial. The detachable cables are sturdy and supple enough, bending smoothly to fit over the ear.

No complaints comfort wise, the housing sits easily in the outer ear thanks to the rounded inner surface, and despite the shallow insertion, isolates well enough even on the noisy Canjam show floor.

Setup: Smartphone + Fiio A5 Amp, Lotoo PAW Gold Touch (on loan from the booth), Spotify 320kbps & FLAC files. Stock cables and tips.
All 3 are drivable off a phone, but I was close to maxing out the volume. I’d have loved to have the time (and budget) to try swapping out more of the audio chain, but with so much to see at Canjam I only had an hour at the Final table.
I was split between listening to these and chatting with the reps. Definitely looking forward to a longer session, but for now, these are my impressions on first brush.

B2: We start off with the sole single-driver member of the trio, which also sounded the most unique to my ears. The sound is clearly warm, and lower-mid forward, with some of the classic Final lushness. The bass decay bucks expectations, however, being more drawn out than the usual speedy BA tightness.

This together with a slightly hollow-sounding treble means this isn’t the clearest of IEMs. Resolution improves slightly with amplification and on the Lotoo, but highs still remain in the background. A musical, if less analytical sound. Compared to the Heaven II – the last single BA from Final prior to the B2 – there’s less left-right separation, and the highs are less sibilant.

Overall presentation is intimate and dark, with the music close around you rather than airily stretching out as with the Heavens. Final’s clearly taking a different direction with the B series while still retaining their trademark uniqueness in sound signatures.

B3: With the addition of another BA the intimate presentation remains, but imaging improves noticeably, and there’s a better extension in the highs and lows. The signature remains warm, but it is more neutral than the B2.

B1: The hybrid model with its 6.4mm dynamic driver immediately offers more well-rounded sound than the other two. Bass decay sounds more natural, imaging is excellent, and highs have more sparkle as they emerge from under the warmth of the B2 and B3.

Overall, as you might expect from the most expensive of the three, it ticks the boxes most would be looking out for, and capably handles a wider range of genres with its slight V-shape. Its a signature that’s not quite traditional to Final, but this series is all about exploration, and the execution remains solid. 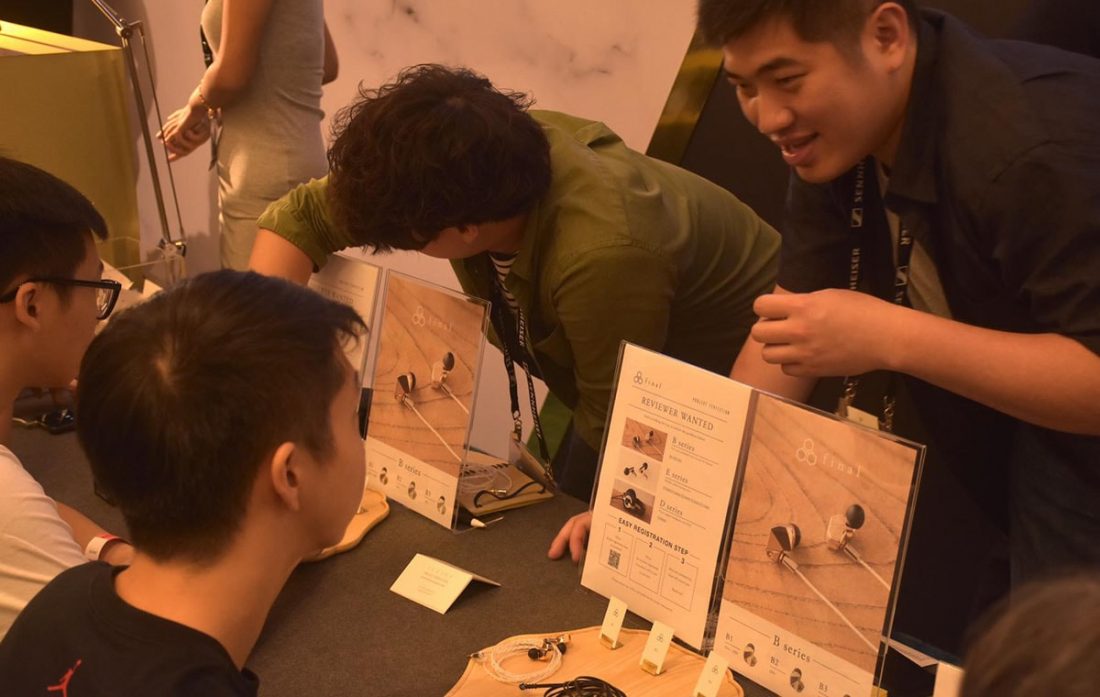 The B-series struck me as interesting, but experimental – I can’t help but wonder where in Final’s lineup it’s meant to sit. Unlike, say, the pursuit of ‘live’ sound with single-BA engineering in the Heaven series, or the budget performance of the E-series, I couldn’t quite tell where Final is headed with these.

It’s ostensibly meant to be the grade above the E-series, but sonically, it’s an elusive animal I can’t quite place. As I shared this with the rep, Kyo, he laughed and agreed wholeheartedly.

As it turns out, even Final doesn’t know for sure where it’s headed, and it’s intentional – a reflection of their changing philosophy. Kyo points to the naming of the B1, 2 and 3 – the decoupling of model numbers and pricing was a conscious choice, meant to break that conventional stifling mold where they can only add bigger numbers and more drivers.

On a deeper level, Final’s design approach is changing. Their CEO has recognized the need for future-proofing, that he can’t be Final’s sole tuner and designer forever like he’s been doing with the Heavens I’ve been bringing up and other past series. Final isn’t simply on a hot streak here, they’re looking at the long game.

As a result, they’ve been shifting toward a scientific, psychological research-based tuning approach which you can read more about here. Having seen the success of this approach in their E-series especially with the general market, they’ve now carried that over to their B-series.

Between their research-based approach and this being their first few forays into multi-driver setups, it certainly explains the unique signature this new trio has, and the open-endedness of their place in the lineup. Final’s looking for feedback, to gauge preferences and take it back to the drawing board as they tune future iterations.

This is a Final that’s in flux – from a house sound largely based around an individual’s tuning ideals, to a company now turning more towards research and their listeners. Final’s taking that same convention-defying, innovative spirit it’s always had since their FI-BA-SS and Piano Forte days, and bringing it in new directions. Inwards, as they explore new grounds they once avoided, and outwards, as they reach toward getting to know everyday listener.

Maybe I’m waxing lyrically a bit too much, but it’s undeniably a very exciting time for Final. Come year-end, Kyo says, we can expect a brick-and-mortar Final shop in Akihabara (!). The space will be used to hold events like their MAKE workshops, but also to simply let them get to know their customers and let that interaction shape their future models.

On that note, hints were also dropped about a new (A?) series which may or may not have a massive 10mm dynamic driver, and another new model “maybe next spring.” That’s all the reps were willing to say, so we’ll just have to wait and see.

Overall, while the B-series didn’t quite rock my socks off, it was an interesting glimpse of what’s in store. Even as Final evolves, it never stops being full of surprises. “Anything can happen,” Kyo laughs, and I can’t help but agree and wait in anticipation.