With the release of Kinera Seed (Yin), Kinera completes the concept of dualism in Chinese Philosophy with the launch of Kinera SIF (Yang) to cater to different needs from the audiophile community.

Thanks to Mr. Lee from E1 Personal Audio and Steve from Kinera for sending the Kinera SIF. The product was provided to me free of charge in exchange for my honest review and opinion.

Kinera Audio, an in-ear monitor (IEM) manufacturer from China established in the year 2012, has been producing IEMs for different price ranges. With strong support from their research and development (R&D) team, their products have won them a good reputation from their customers.

Kinera Audio released Seed in Spring 2018. Kinera Audio adopted dualism (Yin-Yang) theory from Confucianism. Kinera Seed is the Yin (female or darkness), which has a lean and dark sound signature. In Spring 2019, Kinera Audio decided to balance the Yin with the Yang force (male or brightness) of Kinera SIF from Kinera Seed.

At the root of many harmonizing philosophies was an ancient Chinese belief in the dualism, or two-sidedness, of nature. This idea states that everything in the world results from a balance between two forces.

“The Kinera SIF is a great choice for audiophiles looking for an entry-level IEM with a fun and dynamic sound. The SIF won’t lighten your wallet too much, that’s for sure. This release completes the dualism theme used in designing the Kinera Seed, and this would be a good choice for anyone who finds the Seed a bit too bass-lite or dark.”

If you already have some experience with Kinera Audio, you can start to imagine the Kinera SIF packaging.

Yes! The packaging is hexagonal as usual!

Kinera SIF has very simple but modern packaging. Nowadays, IEM packaging is getting more complicated and many manufacturers are throwing in less useful accessories to make their packages look more impressive.

I am glad that Kinera Audio focuses on simple practical packaging.

Opening the box, users can find:

The Kinera SIF is housed in a glossy white plastic shell. It looks similar to the Kinera Seed. This is the Albino version of Seed. The overall design of Kinera SIF is average. The shell is formed by sticking together two pieces of plastic: a front faceplate and a rear piece. Users should take care when removing the cable from the shell because excessive forces may break the hinge between front and rear.

The color scheme also follows the dualism theme – Yin (black) SEED and Yang (white) SIF. If you’re observant, you’ll notice some minor differences: Seed has a brass nozzle with dual bores while SIF has a stainless steel nozzle with a grille opening. On top of the shell, Seed has a 2-pin connector while the SIF has an MMCX.

The supple, thin 4-wire 1.2 m silver-plated copper cable included in the Kinera SIF package is tightly and evenly machine braided. Microphonics from the cable is negligible when I’m moving around.

Thick smartphone cases like Spigen and Otterbox tend to block huge 3.5mm IEM jack. Kinera Audio spots this issue and they utilize a compact jack for SIF. The very compact 3.5 mm jack works very well with those thick smartphone cases that are so popular nowadays. The overall design is minimalistic.

The fitting of Kinera SIF is average. The bean-shaped driver should fit most ears well, but I would’ve liked to be able to insert it deeper. There is a vent in the front faceplate to prevent driver flex. The vent allows a certain level of noise to enter the ear canal. Overall, with the volume turned up, it can still function as a commuting option.

Driver flex: when the driver bends under the pressure of air against it. Usually occurs when inserting IEM into the ear. The air in the shell creates pressure, which bends the driver.

For this review, I paired Kinera SIF with my day-to-day digital audio player (DAP), Opus #3. I use Final Audio Type E ear tips for deeper insertion and a better fit.

Kinera SIF can be easily driven by most smartphones in the market now. This is a good tactic because, within the price range of USD $50, most users prefer smartphones to DAPs. With the easily driven ability and the ultra-compact 3.5mm jack, I can see that this IEM is designed to cater to beginners and handphone users.

The Kinera SIF soundstage is average horizontally and excellent vertically. Within two weeks of listening, I haven’t experienced any serious congestion for most of the test tracks. I’ll take an in-depth look at its excellence “in depth” in the latter part of this review.

Kinera SIF has a warm sound signature, which contrasts nicely with the dark sound signature of Kinera Seed. It’s fun to listen to it. The emphasis in the tuning is on the mid-bass and upper mids. This was a wise tuning choice because it has the potential to be the most well-received sound signature within the USD $50 price range.

“The one thing that stands out to me with Tyson’s uppercuts was the leverage he got into the shot with the downward pull of his left elbow, literally putting his entire body into the shot,”

If, like the person quoted above, you are also a boxing fan, Mike Tyson’s uppercut will be something impressive. Kinera SIF’s lows are like Mike Tyson’s uppercut – strong, impactful, critical and so very prominent. Recently, I had the chance to review some basshead IEMs including the Campfire Audio Polaris V2 and TFZ No.3. Kinera SIF has the same ability. It can fulfill basshead audiophiles’ cravings for the lows.

When the lows are called, they rumble. The sub-bass is deep, which is why I said the Kinera SIF has excellent soundstage depth. Thanks to the sub-bass rumble. The mid-bass has much greater emphasis than the sub-bass. It actually bleeds towards the mids,and it could be significant when you’re listening critically. I would have appreciated a faster decay here to preserve the cleanliness of the mids.

In music, timbre, also known as tone color or tone quality, is the perceived sound quality of a musical note, sound or tone.

Female vocals are staged as far forward as male vocals due to the emphasis in the upper mids. The overall timbre is more acceptable here. The presentation is airy and spacious. Listening to Fly Me To The Moon by Olivia Ong, the sweetness in the female vocals with the full body in the lows makes overall presentation particularly pleasant. I think SIF performs at its best in this genre – female jazz vocals.

The lower treble is energetic – having the same emphasis as the upper mids. It is pushed forward but the harshness is well controlled. I do not feel any fatigue after long listening. Resolution is average here. It has sufficient air and space to inject airiness and a sense of spacious into the overall presentation.

The highs have a good extension and I didn’t detect any unacceptable early roll-off. However, the extension sparkles and there is some distortion. When I was listening to some Michael Jackson tracks, the highs in certain parts were distorted and this caused some sections of certain tracks to sound distorted. This is a common issue for most IEMs in this price range.

The Kinera SIF is a great choice for audiophiles looking for an entry-level IEM with a fun and dynamic sound. The SIF won’t lighten your wallet too much, that’s for sure. This release completes the dualism theme used in designing the Kinera Seed, and this would be a good choice for anyone who finds the Seed a bit too bass-lite or dark.

You can purchase the Kinera SIF from Amazon. For those residing in Singapore, you can drop by E1 Personal Audio to make a purchase.

The universe is once again balanced by the Yin force from Kinera Seed and the Yang force of Kinera SIF. 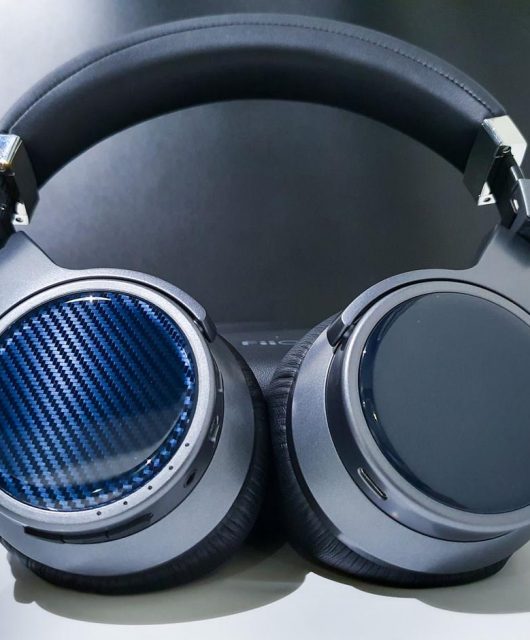 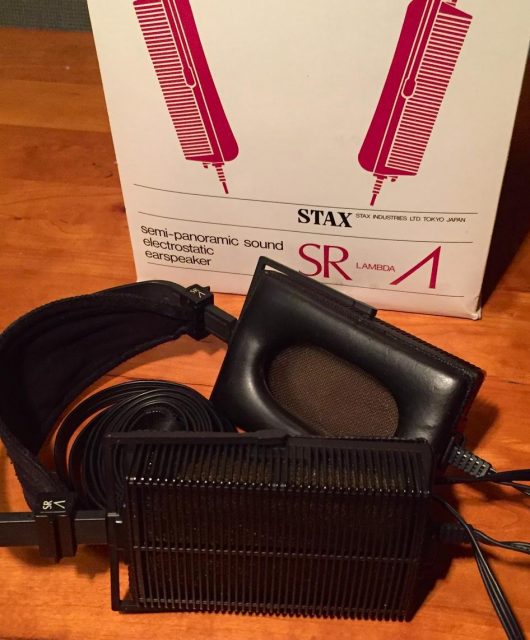 Review: Shanling ME200 – A Refuge Against Hype 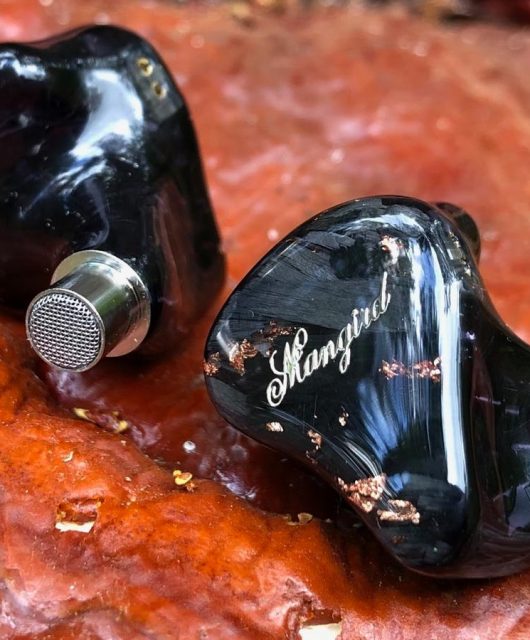 Review: Mangird Tea – There’s gold in them there IEMs! 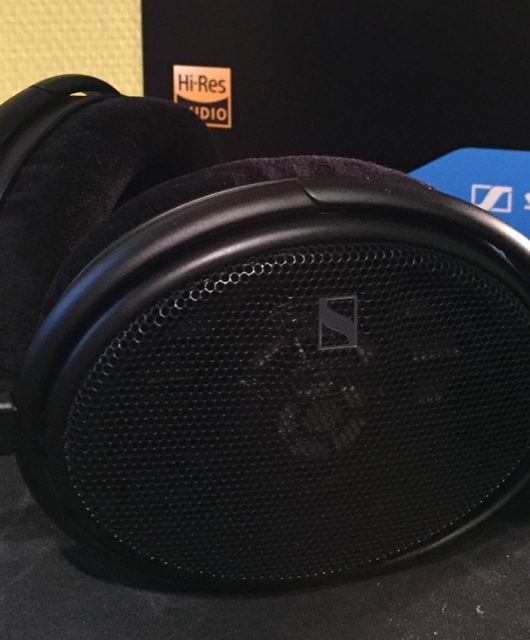