The KZ T1 might be one of the best sounding TWS we had tested but it isn’t ready for showtime.

The KZ T1 has been discontinued.

Where there is market demand, you will be sure to find KZ hanging around the corner. The “true wireless earbuds” category is currently one of the hottest segment in the headphones industry.

The KZ T1 is KZ’s first foray into the TWS market. However, there is an interesting twist to it. KZ is calling the T1 a “Public Beta Version“. In laymen’s terms, it is more like a trial product.

In many ways, it does feel like a Minimal Viable Product (MVP) to me. The charging case is outsourced to MIFO. The sound signature is very much alike to many popular KZ’s product lines. In classic KZ move, there are features that punch above its price tag such as touch control.

However, that’s where the viable part ends.

The user experience design of the charging case is flawed. The battery life of the earbuds is terrible. The charging speed is bad. It has the hallmark of “beta” product – almost there but not quite.

The positive side of these is that those problems aren’t hard to fix.

When the case is opened, an indented slogan is printed across the cover “MAKE IT FULLY OPTIMAL”. This, in short, stands for “MIFO”. MIFO is another Chinese headphones/IEM brand. I suspect the case is made in the same factory as MIFO.

You can check out the MIFO O5 which bears some similarity (slogan, hinge design etc.) with the KZ T1

With a bulky case, one would expect a large amount of battery juice. And the T1 doesn’t disappoint. Given that the earbuds have relatively short battery life (3hrs), this extra battery reserve is needed.

Sadly, only micro USB is supported for the connector jack.

There is a charging light indicator on the outside of the case. When you pluck in your charging cable, it lights up when there is power. To inspect the case’s current battery life, you have to look inside. Four light indicators reflect the percentage of power that it has left.

When the cover is lifted, there’s no catch to hold it in place. If you tilt it forward, it shuts back easily.

The most annoying part is the positioning of the earbuds. Usually, when you take out the earbud from the right side of the case, you will expect to fit them in your right ear. And vice versa for the left.

But no! KZ has strangely decided to take the opposite approach. The right-placed earbud is for the left ear while the left side is for the right ear. Madness!

Looking past the chunky case, I wouldn’t call the KZ T1 ugly. The “futuristic” accent of the chrome ring and silver matte surface still does have its merits. The KZ logo is also subtly printed on the middle, blending in well with the case. I call it the “Fat Spacecraft” look.

But once I open the case, I noticed some questionable build quality and I remember, “Oh yea, this is a budget TWS”.

The hinge design is flimsy to operate. The light plastic cover makes a cheap “tack” sound upon closing.

In terms of weight and volume, the KZ T1 case is considered massive among its peers. It is definitely not jean-pocket friendly.

No big issues here. The KZ T1 is easy to use and has a light indicator to reflect pairing mode and charging mode. It doesn’t tell the amount of battery life left in the earbuds though.

For a budget TWS, I’m surprised that KZ threw in a touch control mechanism.

Given that the controls are touch-sensitive, precision is important. The KZ T1 did well in that aspect. The sensitivity is reasonable and I don’t often find myself misfiring the controls.

The KZ T1 earbuds are comfortable and light (9g in total) to wear. The nozzle is on the shorter but it fits in perfectly in my ear. I brought it out for a couple of runs and it stays on really well.

I like the overall aesthetic of the earbuds, especially the black/yellow colorway.

For the body material, KZ used glossy plastic for the extra sleekness. But as one will expect, it is a fingerprint magnet.

The KZ T1 comes with a dual driver – one Balanced Armature (BA) and one Dynamic Driver (DD). The BA driver handles the high-frequency range while the DD handles the rest.

Overall, I like the warm sound signature of the KZ T1. As a fan of pop and rock music, where the mids performance is important, the KZ T1 did a fantastic job. Additionally, the KZ T1’s strong bass and detail-resolving treble make listening to EDM an enjoyment.

The sub-bass is the best part of this frequency range. The rumble is audible and can be felt in songs like the Why so Serious by Hans Zimmer. It does a good job of pushing some air for the mid-bass and has a tight attack.

The bass extension could do better. In my reference songs, the sound of the cello didn’t hit the depth as I will like it to be.

There’s nothing to pick at the mid-range. There is no audible coloration. Vocals are generally crisp and offer good amount of details. Female vocals don’t sound “shouty” nor “harsh”. The mids sounded more emphasized to me and as a result, it sounded particularly forward.

Despite the warm sound signature, KZ did a fairly good job of tuning the trebles too. The highs are lively and resolve a good amount of detail. Piano pieces don’t sound harsh and brittle. It handled the tricky distortion of the electronic violin in Rude by Daniel Jang well.

After a month of usage, the connection had been mostly stable and rarely breaks. It also passes our baseline connection test: 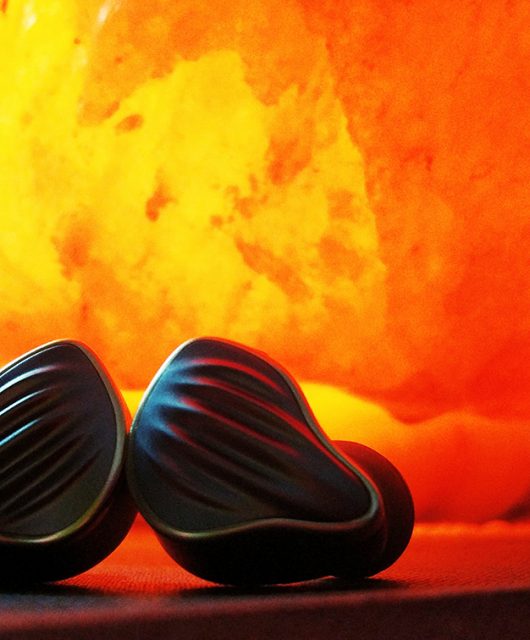 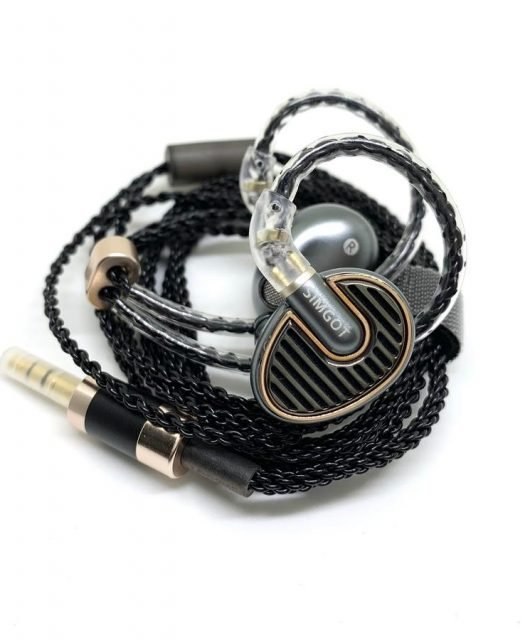 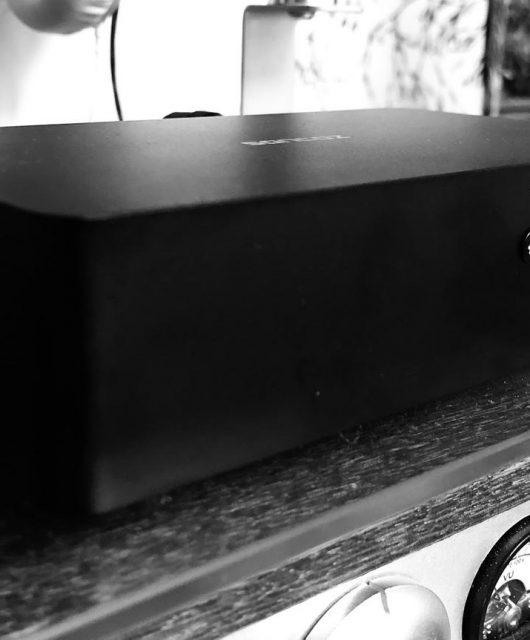 Review: Soncoz LA-QXD1 DAC | Does It All, Tells You Nothing 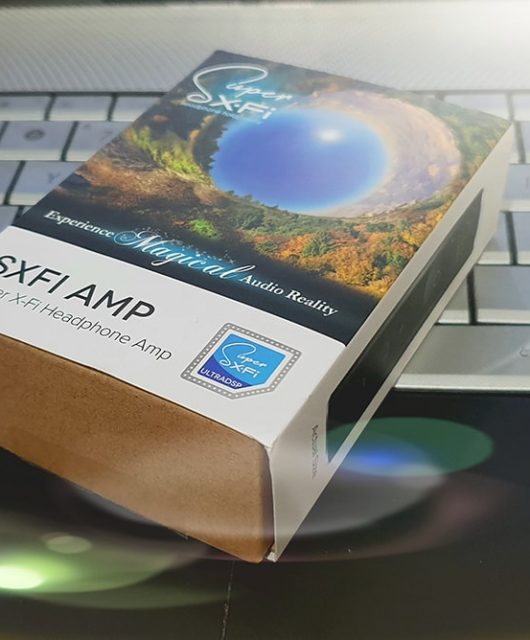 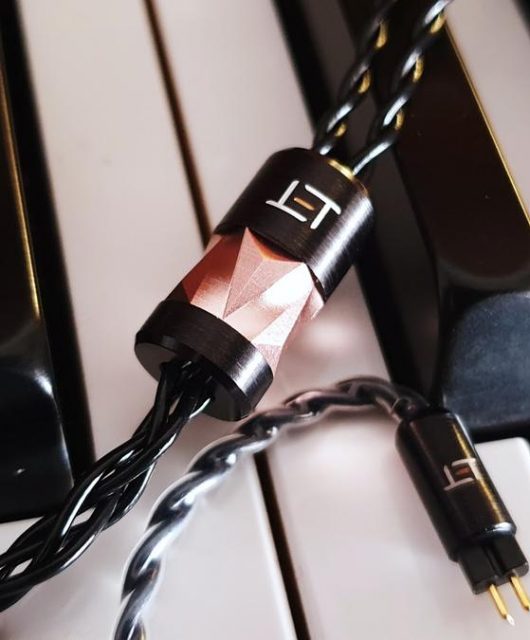