Perfect for soundtracks where wide soundstage and grandiosity are preferred. 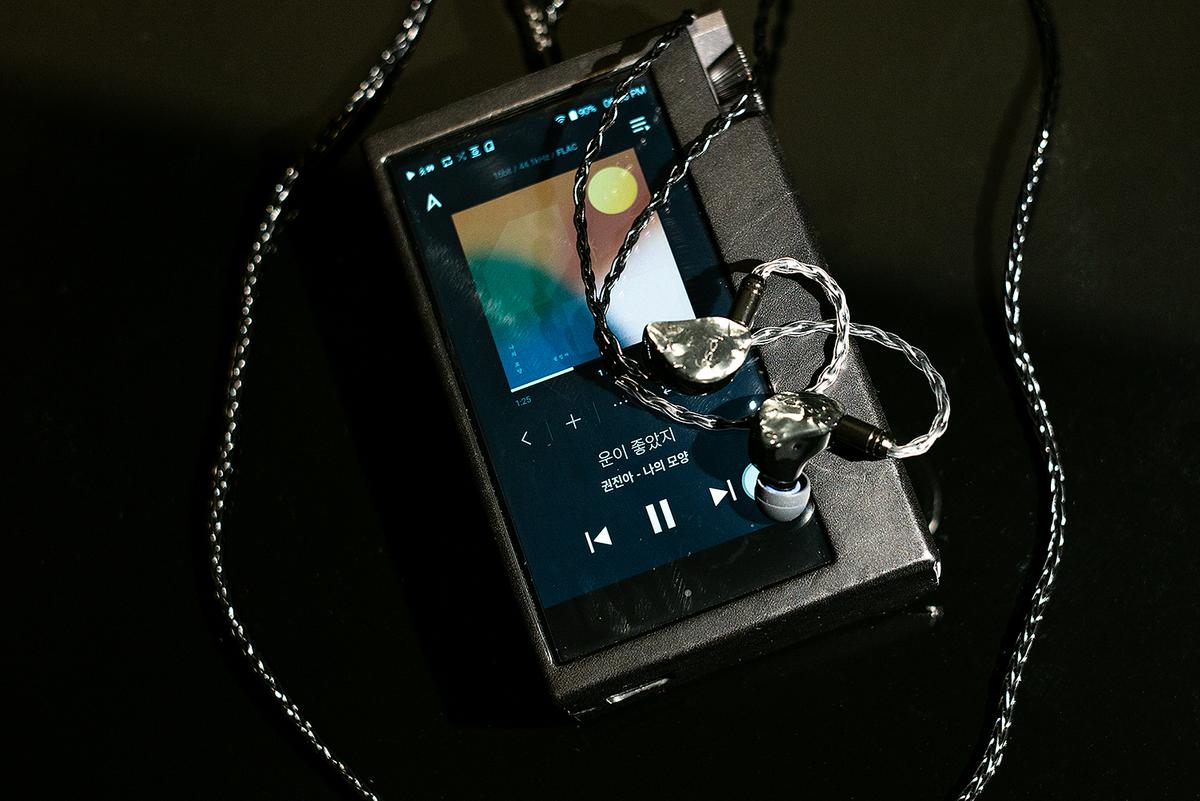 Head-fi is, admittedly, a very geeky hobby. if you are standing on a street right now, take a look around you. There are fewer people with something in their ears then without if they are alone.

Head-fi is neither difficult nor expensive. Just like anything else, the more we dig into it, the more we find out about things non-audiophiles can’t imagine.

How Smartphone Is Changing Head-fi

One major factor of the current Head-fi renaissance can be ironically attributed to the smartphone. Or the evolution of smartphones, to be precise.

Several years ago, starting with Apple, many famous smartphone manufacturers began to get rid of 3.5mm phone jacks. I believe that this has brought two changes.

With diversity in the wireless headphones market, it becomes fun for the consumer as they have more choices now. They learned that headphones are not just accessories that come bundled with their latest smartphones. They actually want something that sounds good.

Second, consumers are now more willing to spend on headphones. Only a few years ago, people will look at you funny if you mentioned that you had spent more than USD$100 on earphones.

Just look at the Airpods today. People who can pay more than USD$200 for a pair of headphones are everywhere.

People still like at me like an alien when they find out about my headphones budget though.

In that sense, I’m very glad to see In-Ear Monitors (IEMs) like the Tipsy Dunmer. The Tipsy brand has not yet been officially released in Korea. The official launch price of the Tipsy Dunmer is USD$119, an affordable price for beginners who are just getting into Head-Fi.

At the same time, there are many excellent competitors in that price range. Therefore, to be chosen by consumers, it must be able to hold its own in terms of features.

Let’s check it out one by one.

Dunmer’s packaging can be described as “only the bare minimum”.

People buy headphones for the “headphones” itself. There are other included parts like the accessories but the headphones itself is the most important part. At this price range, the design and finish of the Dunmer’s earphone is great.

As the IEM uses a 9.2mm dynamic driver, the size of the body is not that big and is low-profile. Personally, wearability is very important to me.

Dunmer is very comfortable even for long-time wearing.

It is being said that Tipsy has mainly made custom earphones. They have put their experiences and know-how into Dunmer. The black marble pattern faceplate adds a touch of luxury to it. It deserves a high score in terms of the appearance.

Dunmer uses a 2-pin detachable cable so you can change the cable if you want. The included cable has no microphonics since it is soft, and the finish is also great. However, the rest of the parts didn’t score high in my books.

As ear tips directly touch the ear, it can directly affect the wearability of the IEM. Don’t forget the sound quality can be affected by the ear tips too. Dunmer includes a silicon tips, but it’s a little hard for me. Personally, I prefer a soft type. It can be more adhering to the ear.

I changed the ear tips to Spinfit tips, Final tips, Sedna tips which are silicon tips, the same type of the original ear tips in the bundle. And all of them brought a much better result.

Consider investing in a different pair of ear tips when you buy the Dunmer. It can lead to greater satisfaction with minimum investment. I used Azla Sedna ear tips for this review.

The provided storage pouch can only prevent it from being scratched but not squashed. Therefore, if your bag has many objects, consider preparing a hard case.

Between Grandeur and Excess

The USD$100+ price is a tough bracket to compete in.

First, consumers expect dramatic changes in sound quality comparing to the budget range (< USD$100). However, the price makes it an awkward place for manufacturers. It limits what they can put into the IEM without harming their bottom line. Yet, it still must have enough quality to meet consumer’s expectations. Hence, it’s really hard to find good products in that price range.

For this reason, manufacturers often make the mistake of overdoing. For example, to have a wider soundstage, to have better resolution, or at least to make users feel like that, they distort timbre excessively.

IEMs have clear natural limits comparing to speakers. The soundstage of IEMs is limited in a small space, listener’s head. Maximizing or overcoming this limitation is difficult for even expensive products.

One of the easiest ways to widen the soundstage of earphones is to edit the tonal balance. By emphasizing the bass and treble range, and relatively weakening the midrange, it artificially modulates the locations of musical instruments and vocals.

I’m not arguing that a flat tonal balance is always right. However, tonal balance adjustment is required in pursuance of making the right sound that a manufacturer wants to achieve. It is also required to increase the completeness of the sound.

However, tonal balance adjustment can cause a reverse effect of decreasing musicality. Don’t bite off more than you can chew.

If something is aiming for too high, almost impossible goals, it can end up with nothing.

Dunmer has a typical V-shaped sound where the bass and the treble are enhanced. It has a particularly strong bass. Fortunately, the punch and the density are fine, the bass doesn’t sound indistinct and the response speed doesn’t sound to be slow. On second thought, since its hardware performance including drivers is good, we can expect to see a next-level product that can be improved with tonal balance adjustment in the future.

Relatively, the mid-range sound including vocals a bit recedes into the back of the soundstage. However, even in this case, Dunmer plays with smooth textures and a stable vocal tone that befit a dynamic driver. Acoustic genre and jazz genre of quartet size with vocals are suitable for Dunmer.

However, because vocals are at the back of the stage, the vocal tone sounds stuffy with the sound volume that you set usually. I couldn’t check the exact frequency response of Dunmer, it seems like it suppresses sibilant sounds by reducing 4~6 kHz frequencies. For this reason, vocals sounded less refreshing.

However, as mentioned earlier, this result was brought by tonal balance adjustment which has its pros and cons. As the depth of the soundstage has been deepened, it is easy to secure a space between musical instruments. The sounds of musical instruments don’t overlap. The heavy bass expresses the sound in a more “grand” fashion than usual by filling the space of the sound.

When I listen to the symphony with Dunmer, sometimes I feel as if the arrangement has changed. This is especially so when the sound of timpani in the climax stands out too much. It sounds as if the timpani is beaten in the most front of the stage.

The Competitors of Dunmer

When I think of the competitors of Dunmer in the same price range, about SIMGOT EN700 PRO, Sennheiser IE40 PRO, AZLA ORTA come to my mind. What they have in common is that they have a V-shaped sound but each gives you a totally different sound.

First, AZLA ORTA may be the most opposite of Dunmer among the competitors. Similar to Dunmer, the mid-range of AZLA ORTA is relatively receded, however, on the contrary, the frequencies above 4kHz are emphasized, the tones of vocals sound bright-colored.

Dunmer’s balance of tones is more stable than AZLA ORTA’s, however, if you feel Dunmer’s vocal is a bit stuffy, ORTA can be more suitable for you.

Sennheiser IE 40 PRO expresses every frequency range without missing any. Its vocal is clear and has a stronger presence then Dunmer’s. IE40 PRO also delivers the bass as strong as the Dunmer’s.

The biggest difference between the two products is the soundstage. Dunmer’s soundstage is wide, spreading sounds comfortably while IE40 PRO plays compressed sounds in a space with clear boundaries.

Lastly, the SIMGOT EN700 PRO and Dunmer have lots in common. Both brands are founded relatively recently and are based in China. All of the two products have a V-shaped smooth sound with rich bass as a base.

Although EN700 PRO has a relatively weaker bass, it has well-balanced tones. In other words, Dunmer adds grandiosity to songs. As mentioned earlier, Dunmer is suitable for the movie soundtrack genre while EN700 PRO is suitable for complex classical music.

As we have discussed earlier, it is difficult to give Dunmer a very high score if you rate on an absolute scale. However, Dunmer is still an attractive IEM among all the competition in the same price range.

Dunmer is my first exposure to Tipsy brand. Since Dunmer is the entry-level product of the Tipsy brand, I don’t know the sounds of Tipsy’s high-end products. Dunmer gave me both expectations and concerns. I think it shows an adequate performance for being an entry-level IEM with a single dynamic driver.

If the bass was less emphasized, it would have received better reviews, at least from me. As I got to know a new brand, I’ll stay tuned to Tipsy’s higher-end products, and upcoming Tipsy’s new products.