The TINHIFI T4 is like a breath of fresh air in this Chi-fi IEM market obsessed with the number of drivers you can squeeze into a tiny frame.

In a climate where companies are churning IEMs with 10 drivers, or even 16 drivers, TINHIFI decided to buck the trend and went back to basics – with just 1 dynamic driver (DD) to power the T4. In this comparison review, we are comparing the TINHIFI T4 to its direct predecessor – T3.

The TINHIFI T3 is a dual driver (1DD + 1BA) IEM hence, its overall sound quality can be different. Hence, I will refrain from comparing the sound staging and sound separation where the influence of an additional driver comes into play. 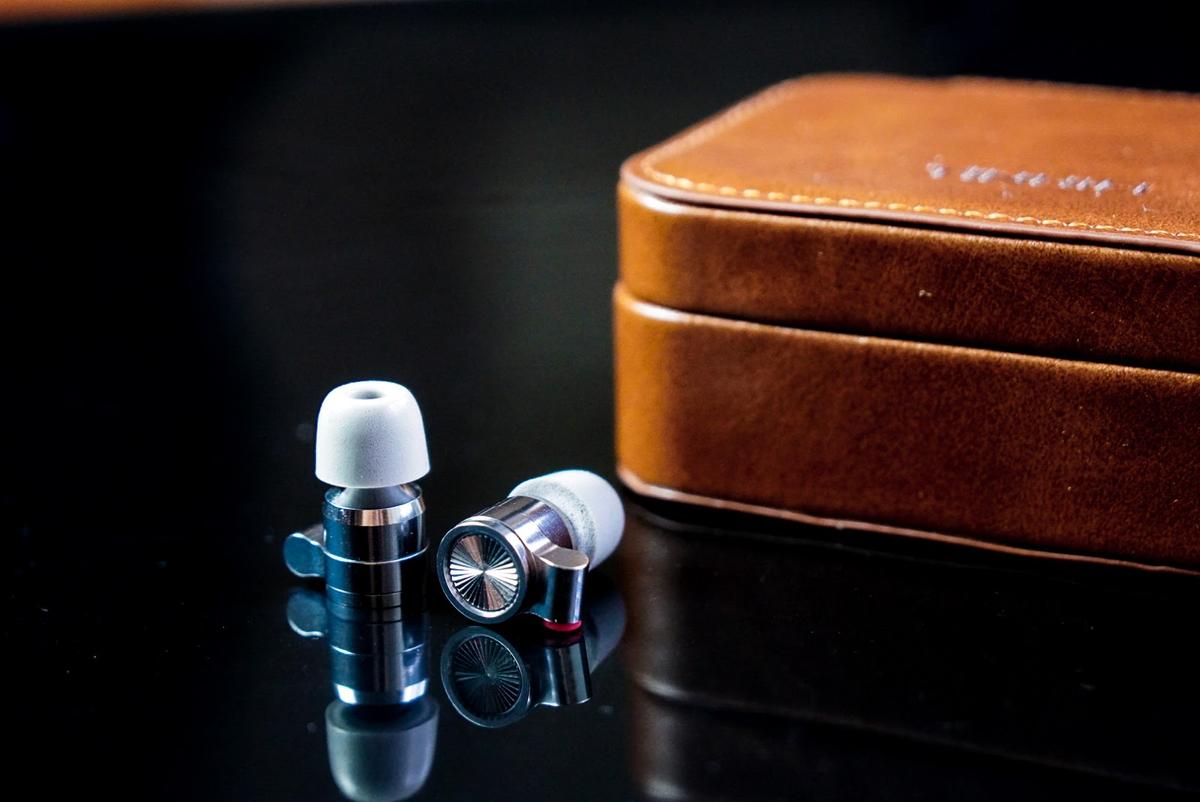 "Overall, I will recommend the TINHIFI T4 as a good daily driver for audiophiles looking for an IEM around the $100 range. Just do yourself a favor and find a better MMCX cable replacement."

The T4 went with a totally different packaging from the T3. Instead of maintaining the “book-style” box, they have chosen to go with the Apple-ish seamless packaging except without the pleasant Apple experience.

In fact, it is god-damn hard to open the box.

The box almost has a vacuum-like seal once it is closed. There is no latch or holes for you to easily tugged at the box. Instead, you have to dig your nails into the box to try to pry open the box like a savage.

I really like the leather hard-case cover which they included in their planar magnetic IEM – the TINHIFI P1. Within the cover, you will have an elastic mesh pouch that you can store your back up IEM ear tips.

The T4 has a brand new look in the aesthetic of the driver’s body. They touted to draw inspiration from “high end automotive and aviation” design. The faceplate does resemble the front of a jet engine.

Overall, the T4 has a much sharper look than the T3 with fewer nooks and crevices around the frame. They have also chosen to go full chrome for the entire body, compared to a matte surface used by T3.

The T4 is still using the same MMCX connector as the T3.

I’m not a huge fan of the cable. If you read my comparison post between T3 and T2 Pro, you will know that I feel that the thick braided T3’s cable wasn’t really that elegant. But the T4 cable manage to make the T3 cable look decently higher-end.

There is no cable cinch for the T4 too.

Since both T4 and T3 uses the same MMCX connector, you can just switch it between them.

The sub-bass of the T4 is present but not strong. You know it’s there but the rumble lack strength. I find that it has slightly more presence than the T3 and it is evident in songs like Limit To Your Love by James Blake. Start from 0:55.

Even though the bass impact is mild, the tightness and punchiness of the bass is able to produce good rhythmic expression of the songs where strong bassline forms the backbone of the songs like bad guy by Billie Eilish and Hip Hop by Dead Prez.

Both the T4 and T3 fare the same for me in this range. But if I had to pick over the bones, the T4 has a weightier bass presentation than the T3 which helps in terms of bass extension.

The T4 has a decent bass extension. It manages to reproduce the timbre of cello that hit the sweet spot for me. Try Leave Me by Taska Black. The bass extension sounds better for me in the T4 over the T3.

In the midrange section, I can’t hear any obvious coloration. The female vocals sound great and not shouty. My favorite song to try this is Shallow by Pentatonix from 1:00 – 2:00. The midrange texture is pretty great, with instruments and vocals sounding clear and velvety. In piano pieces like A Thousand Year by The Piano Guys, the timbre of the piano doesn’t feel hard and brittle.

From my listening, I felt TINHIFI has tuned the mids of the T4 to be less forward than the T3.

I found a new favorite song to test treble reproduction – Bounce by Rusko, Subtronics. Start from 1:50. The T4 has a brighter presentation in the lower and middle treble range. This character gives music genres like EDM a much more exciting quality. Despite that, there is no audible sibilance in this range.

Being a treble-shy person, the level of brightness is acceptable to me. I don’t find it irritating nor do I find myself fatiguing after a long period of listening.

For IEMs with an emphasized low and middle treble, this behavior normally continues towards the upper treble. But from my listening, this wasn’t true. Regular readers of Headphonesty will know that Rude by Daniel Jang is my favorite go-to for testing upper treble.

The electronic violin distortions from 2:20 – 2:50 often reveal a lot about the upper treble quality. The T4 did decently here. It controls the distortion well, a little too well. It rolled-off nearly to the point of dulling it.

The T3, in comparison, feels like it is controlling a wild horse on a loose leash.

It sounded harsher and more brittle on the T3.

Overall, the T4’s sound signature is generally neutral, leaning slightly towards a brighter midrange to middle treble. This IEM works well for the majority of the song genres that I listen to: EDM, Pop, Rap, etc.

The upper treble can border on being syrupy but this might come as a relief for some after a prolonged period of energetic mids.

Nothing jumps out to me on the bass side but definitely wouldn’t be satisfying for bass-heads.

Folks who own the T3 and are relative okay with its upper treble will not need to upgrade.

I personally like the market positioning of the TINHIFI T4. It shows that driver quality and expert tuning is worth much more than the sheer number of drivers.

Showdown of Wireless TV Headphones: RF vs IF vs Bluetooth 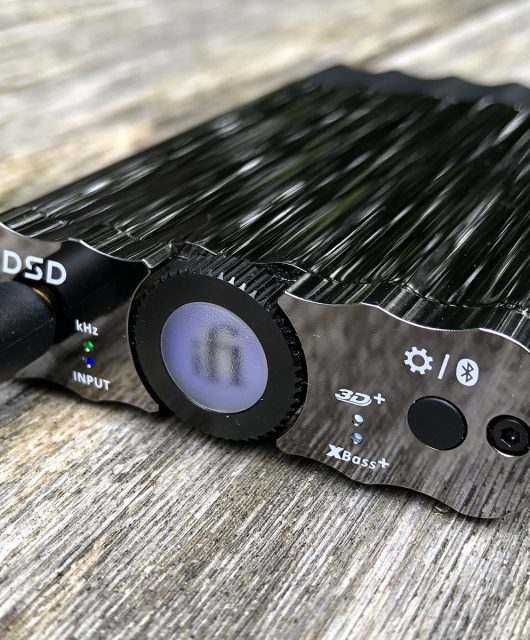 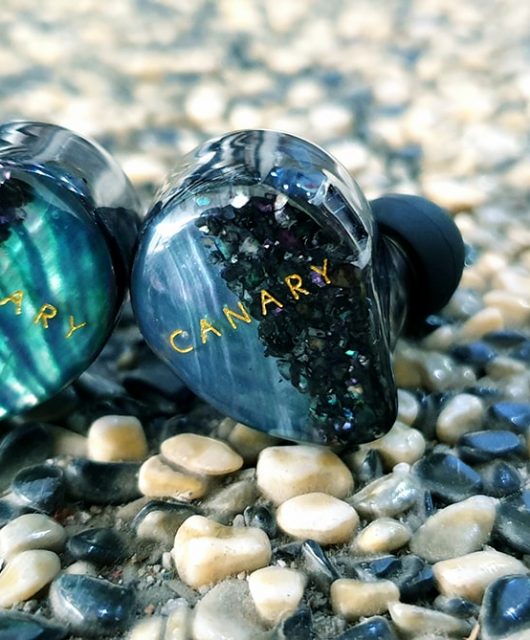 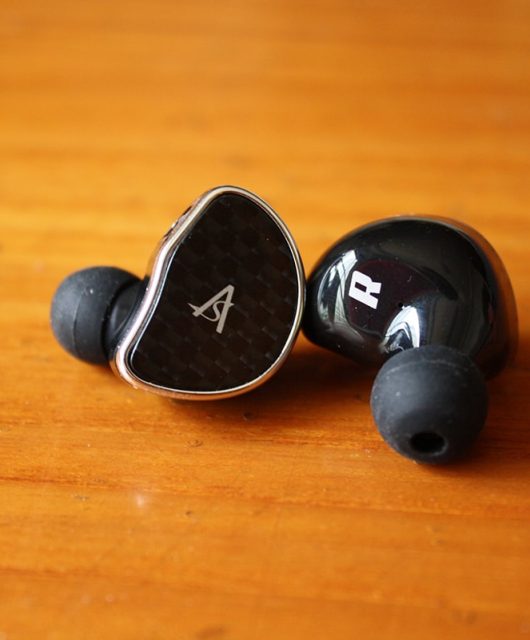 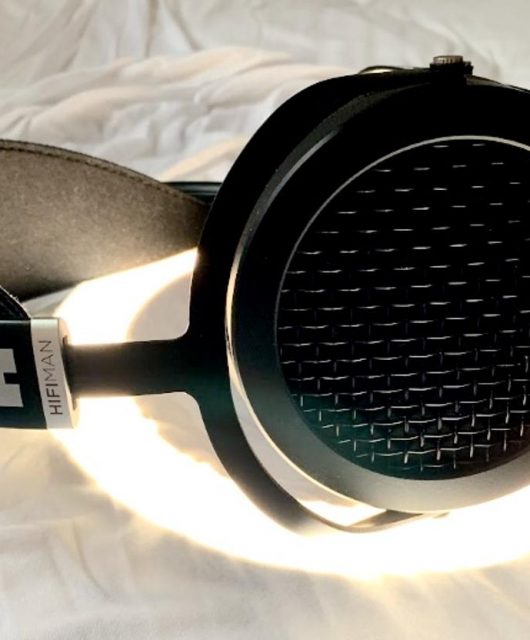 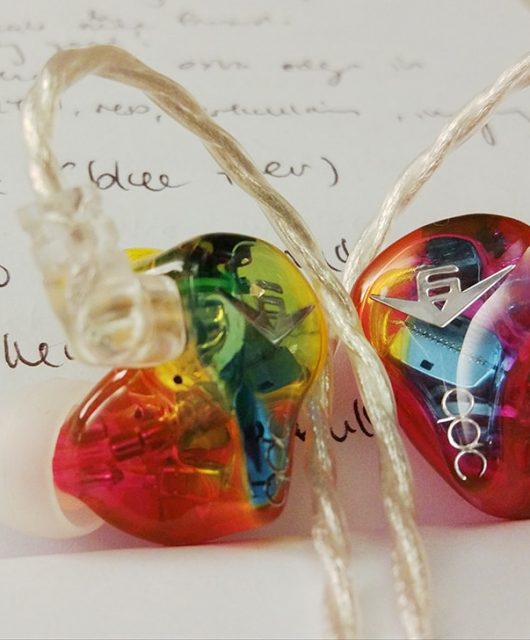