The new ER2SE from Etymotic is the best performing IEM in the sub-USD$150 price range. 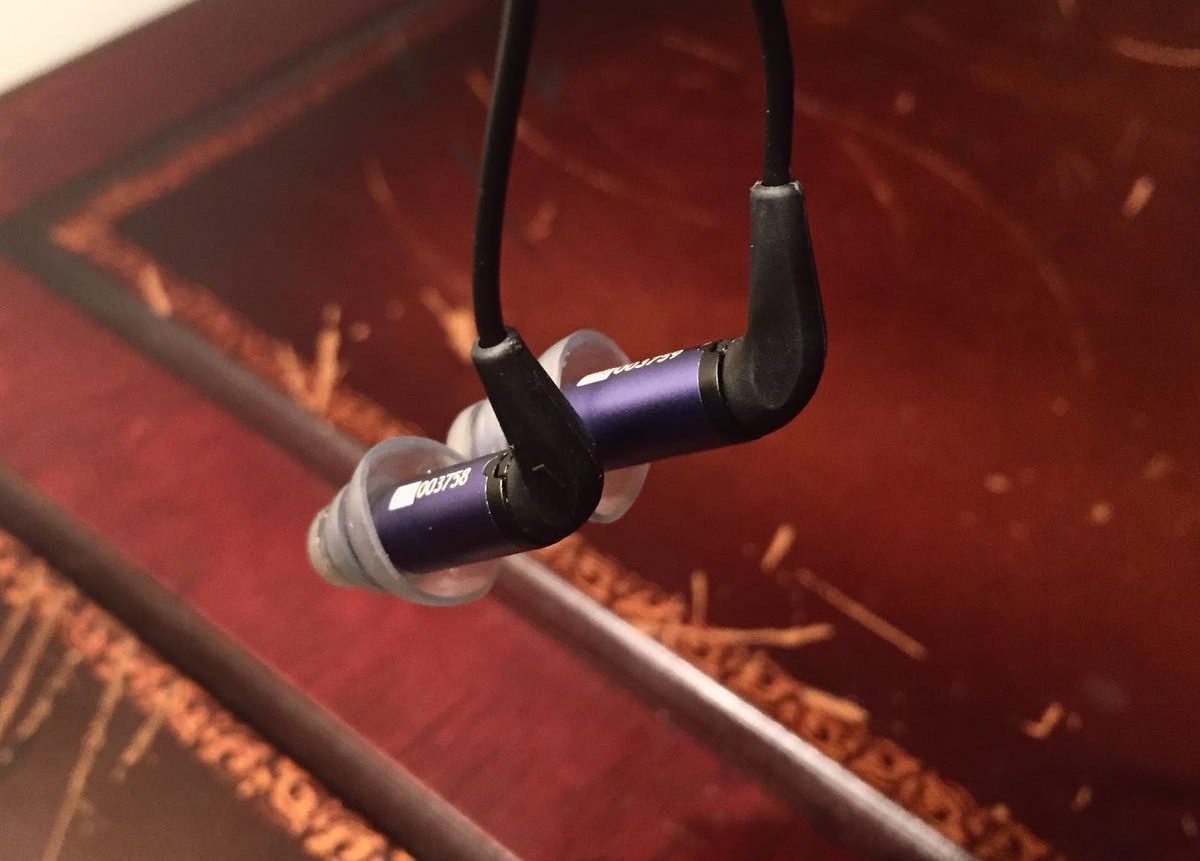 The Etymotic ER2SE is a kind of unique product - simultaneously new and old, unstylish and aesthetically appealing, potentially uncomfortable yet ergonomically convenient. But what its detractors (if it even has any) can never deny is that it boasts great raw performance. It can deliver a much more high-fidelity performance than any active noise-canceling headphone I’ve ever heard, while still boasting sufficient isolation to block out the drone of an airplane or train.

Can anyone deny that we’re in a flavor-of-the-month driven market? Every year, at least a dozen IEM’s go through the same cycle; they’re released, pick up traction, get positive reviews, sell like hotcakes, and then finally vanish from the public eye in a barely visible puff of smoke. Sure, this phenomenon has always existed. But in 2020, in the oversaturated IEM market, it seems to be especially prevalent.

And then, of course, there are a few products that have stood the test of time. There’s the HD600 from Sennheiser, which is still considered one of the best headphones on the market even as its 20th birthday recedes further and further into the rearview mirror.

Also in the IEM market, there’s the Etymotic ER4. Etymotic Research is a company that produces all kinds of things that go in your ear. From the start, they’ve made earplugs and hearing aids, so at a certain point, it just made sense for them to bring their expertise to the IEM market. And in the 90s – back when an IEM was a thing barely familiar to the average person – they did.

The ER4 is still the flagship of the Etymotic lineup, and it’s quite a cheap flagship, at under USD$400. But with the ER2, they’ve introduced an all-new budget option.

Within Etymotic’s lineup, the ER2 twins represent something both genuinely new and quite familiar. The new: for the first time in quite a while, Etymotic has abandoned its tradition of using balanced-armature (BA) drivers and switched to a single dynamic driver. The familiar: the ER2 retains Etymotic’s admirably neutral sound, no-nonsense looks, deep-insertion fit, and phenomenal price-to-performance ratio.

The result? The ER2 is a fantastic value proposition – providing sound that, for an earphone costing just a smidge over USD$100, blows the competition way, way out of the water in many respects.

For this review, I used my own personal unit, which I bought from Amazon. So no need to worry; there’s no indebtedness influencing my bias here.

The ER2SE comes with the following accessories:

The ER2SE’s presentation is good. The box is bland and unstylish in a very good way – no pretentious design here.

I’m a big fan of the included replacement filters – many IEM manufacturers don’t include the tools needed for you to service your own earphones.

I do wish the ER2s came with a wider selection of tips, though. I have abnormally small ears, so even the smaller of the two included triple-flange tips is a bit large. Yes, they fit, but I can imagine getting a better and more consistent seal with slightly smaller tips.

The included cables have something of a reputation for being rather microphonic. What that means is that noise from the cable rubbing against your shirt or other parts of your body are transmitted into the IEMs, resulting in a constant sound while walking. This can be mostly mitigated by looping the cables over your ears.

This is one of the first hangups Etymotic always runs into attracting new customers. Many people find the very idea of Etymotic’s so-called “deep insertion” daunting. And that’s quite reasonable: Etymotics go really far into your ear. You might be able to get away with having waxy ears with most IEMs, but with Etymotics, your wax will come back to haunt you.

I, too, had fit issues with the ER2SE when I first got it in the mail. It’s not that they wouldn’t stay in my ear – they certainly did – but I was bothered by them, and I felt uncomfortable. They were even painful, occasionally. But, remarkably enough, those fit issues have mostly vanished at this point.

I suspect this is because the wax that was originally stuck deep in my ear has been pushed aside or dragged out; or perhaps it’s simply because I’ve gotten used to it. What I do know is that many people have experienced the same reduction in discomfort over time. So even if you find them uncomfortable at first, I’d recommend sticking with it for at least a few days.

Most of the new IEMs being released these days make an effort to deliver a visual statement, with smoothed, futuristic ear capsules, beautiful colors, or premium materials. Meanwhile, Etymotic have kept the aesthetic design of their products more or less consistent since the 90s. Basically, the ER2s look dated – and that’s putting it gently.

Fortunately, that really appeals to me. Etymotic’s real strength when it comes to visuals is lack of pretension. So while these earphones may not ooze fashion and style, they look clean, and they have a real sense of confidence and competence to them. It’s as if they’re saying – “why would I need to act as a fashion statement when I sound this good?”

And fortunately for the Etymotics, they do sound this good. At USD$100+ range, there simply isn’t anything I’ve heard that even comes close to touching the ER2 in terms of tone balance and resolution.

It’s not as if everybody is going to be into what the ER2 offers. The ER2SE especially has a tone that could be called analytical, or even clinical, if you’re the type who demands an engaging sound. It doesn’t offer the kind of “magic” that something like the Andromeda offers, but at a tenth of the price, I’m not inclined to blame it.

Let’s get this out of the way: the ER2SE is not a bassy IEM by any measure. Looking at the numbers, we see a slight rolloff – nothing too severe. But listen to any genre of music and you won’t get a huge amount of bass impact.

What is there is good, though. Maybe even exceptionally good. It’s subtle, but the bass carries real impact – at least when it comes to music that doesn’t demand outright slam. By this, I mean that, for a bass-light headphone, the bass has actual dynamics.

Of course, for those who want more bass impact, the ER2XR is out there, and I’d expect most people would find that option the more enjoyable route. Neither is going to satisfy bassheads, but the XR model is at least going to provide the impact to handle most genres with some grace. The ER2SE is just a bit too clinical to handle the most bass-heavy genres – hip-hop, dubstep, etc.

So this is a big part of the ER2’s weakness overall (especially with the ER2SE) – a lack of fun factor. But, for me, I’m inclined to give it a pass for that.

The mids on these earphones are fantastic – given that they suit your taste. Essentially, the ER2 aims for perfect neutrality in the mids, nothing less. But since there are multiple competing standards of neutrality in the IEM world, I think we should talk a little bit about targets.

Essentially, the ER2SE aims for Etymotic’s house version of the diffuse-field target. For a while, this target was the gold standard for neutrality – but these days, many people prefer the Harman target, which is a little bit warmer and plays into listener preferences a bit more.

I’m not a Harman-target guy – I prefer headphones tuned to the diffuse-field target, because I find it a bit more revealing and honest to the recording. That’s because I’m not always listening to headphones for enjoyment. When I am, I’m usually looking for something a little crazy like the awful-on-paper, magical-in-practice colorations of some Audio-Technica headphones.

The stock midrange tuning of the ER2SE is pretty much my ideal. It’s a little bit cool, a little bit detail-oriented, but clear as a bell, and very natural-sounding – everything rendered quite well, with both enough body and enough presence.

And what’s more, there’s absolutely no shout. When I directly compared the ER3SE and the ER2SE, I could hear a bit of unpleasantness to the ER3SE’s tone, especially at high volumes, but there was none of that here. Etymotic’s dynamic driver is incredibly clean and free of any source of fatigue.

There are probably some who would like a thicker, meatier, or more intimate sound, but if all you’re looking for is ruler-flat balance and clarity, perhaps at the expense of intensity, the ER2SE is where it’s at.

That said, midrange resolution takes a slight hit when compared to the ER2SE’s balanced-armature cousins, the ER3s, but nothing too major. That lack of resolution really only showed up on my most demanding tracks, and the ER2’s mids are still the best you can find for the price.

Here’s another one of the ER2SE’s strong suits – perhaps its strongest. At USD$100+ range, the resolution in the treble is absolutely insane, easily facing off against headphones many times its price.

But I should be clear: when I say that the ER2SE “faces off” against these headphones, I’m talking about raw technical ability. Some people might want a little bit more sparkle, or a little bit more of an exciting “X factor”-type sound.

But when it comes to raw ability to extract the finest details of a recording, the ER2SE’s got it. It handily outresolves even many $500+ IEMs that I’ve heard, and it stomps the resolving power of similarly priced over-ear headphones. What the ER2SE manages with a single dynamic driver is flat-out impressive.

But are there downsides? Well… none that I can hear! I’m relatively sensitive to sibilance, but I detected none of it here, no glare, no peakiness. Any grain that exists sort of reinforces the “solidity” of the sound in contrast to the BA-driven Etymotics, and without that point of comparison, trust me: you’ll barely notice, if at all.

This is the weak point, by far, of the entire Etymotic line. The deep insertion means that the drivers really are right next to your eardrums And given that constraint, the ER2SE actually does somewhat well when it comes to stage width.

But depth is still a sticking point: these have no front image at all, not even if I really force it. I do sometimes use these earphones for audio mixing when I have to, because of their incredible resolution, but I always end up having to switch to something else when figuring out the stage, because it’s just a bit too claustrophobic.

But, even though I normally dig headphones with a nice soundstage, I find it hard to find fault with the ER2s. They’re just too good in most other categories to blame them for this shortcoming.

The Etymotic ER2SE is a kind of unique product – simultaneously new and old, unstylish and aesthetically appealing, potentially uncomfortable yet ergonomically convenient.

But what its detractors (if it even has any) can never deny is that it boasts great raw performance. It can deliver a much more high-fidelity performance than any active noise-canceling headphone I’ve ever heard, while still boasting sufficient isolation to block out the drone of an airplane or train.

Every audiophile, it seems, has a moment where they discover Etymotics, and their perspective is forever changed. If you haven’t had that moment yet, I’d recommend getting to it when your budget allows. And with the ER2SE, it’s incredibly cost-effective: just less than USD$150.

You can check them out on Amazon.