With the Tape, Shuoer aims to bring the legendary performance of electrostatic technology to the budget IEM market.

The term “electrostatic” carries with it a kind of mysticism in the audiophile world. Perhaps it’s the driver technology itself – since the early days of Stax’s earspeakers, electrostatics have boasted lower distortion – and, many say, better sound – than any other type of driver.

Thanks to Phil Wannell for informing us that the driver is electret and not electrostatic. The main difference between the two is that electret driver include a step-up transformer that allows it to be powered efficiently inside the IEM. Read this for more info. 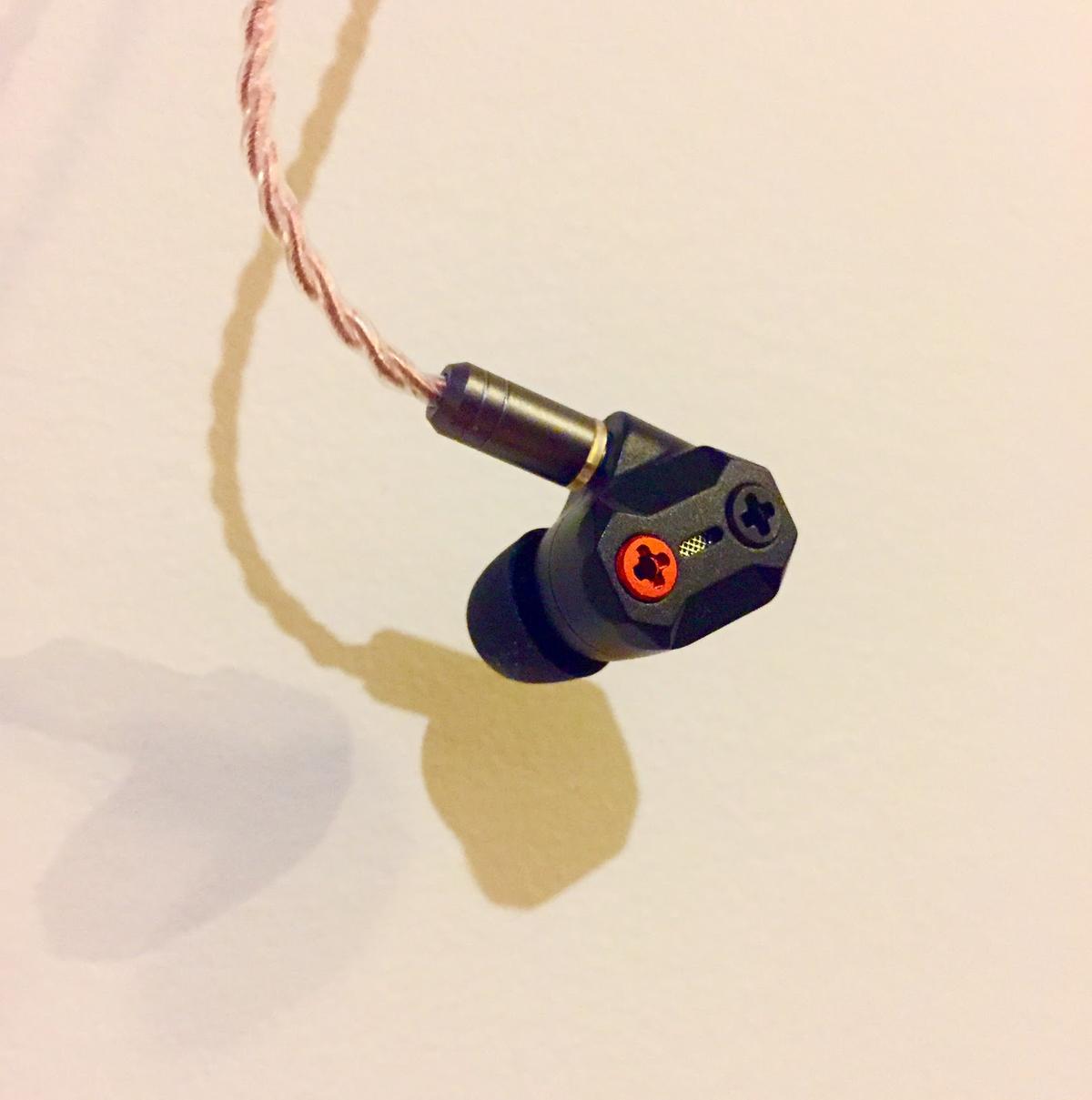 The Shuoer Tape represents exciting developments in the budget-friendly IEM market, and has accordingly received a lot of attention from audiophiles. For those that want to experience an electrostatic sound at a lower price, it will undoubtedly have a lot of appeal. That electrostatic treble is real, and it’s something worth trying.

Perhaps it’s partially their exoticism that puts them in such high regard. To this day, it’s pretty difficult to get your hands on a pair of electrostatic headphones without ordering them specifically from the manufacturer – even in the best-stocked audio shops.

With the release of the Shuoer Tape, it seems that Shuoer, a newcomer to the IEM market, is aiming to change things. For a product that utilizes an electrostatic driver, they’re inexpensive, easy-to-use (no energizer required), and not at all difficult to obtain.

The trade-off? Well, the Tape is not really a fully electrostatic product, instead of having a hybrid setup – one electret driver and one dynamic, just like the AKG K340 of days passed. But what about performance? How does the Tape measure up against other IEMs, utilizing “lesser” technology?

In my opinion, the Tape is a product that needs some work before it reaches maturity, in almost all respects. Still, I have to hand it to the creators of the Tape – they created something new, and in some areas of performance, it paid off.

Thanks to Linsoul for providing a free unit in exchange for an honest review.

The Tape’s big claim to fame is its “low-voltage electrostatic dynamic driver.” There has been some confusion online as to what this means, but it’s been confirmed by our supplier at Linsoul that it essentially means a dynamic driver combined with a tiny electrostatic tweeter (a driver dedicated exclusively to reproducing high frequencies). This is exciting, new stuff!

From the technology to the packaging, the accessories to the appearance and fit, and everything in between, the Shuoer Tape is an unusual, distinctive product through-and-through. Mind you, this could be good or bad, depending entirely on your tastes.

The Tape’s fluorescent orange cylindrical box, emblazoned with text in Chinese, along with the slogan “Impulse the Emotion!,” is the first sign that Shuoer is up to something with their product design.

The next hint is that the included cable – a kind of cheap-feeling, braided, four-core wire – is terminated in a 2.5mm balanced connector. I always appreciate the inclusion of a balanced option, of course.

However, the simple fact remains that, on the go, I use my iPhone 6 for playing music. In order to do so with the Tape, I need to resort to the L-shaped 3.5mm adapter, making the termination of the cable uncomfortably long for pocketing. If you have a balanced DAP, the Tape will be easy to use. But us lowly smartphone users may encounter some issues.

My next gripe is this: the eartips are absurdly difficult to change. The Tape’s nozzle thickens considerably toward the bottom, and as a result, it took me over an hour to figure out how to put on the new eartips. Ultimately, I ended up having to use a few toothpicks to carefully slide the eartip down the nozzle, performing a series of maneuvers that I imagine surgeons practice in medical school.

The carrying case is a sort of flattened sphere, divided into two halves that screw together. Good luck getting it open if you’ve eaten anything oily within the last hour – there’s nothing to rest your finger against to gain purchase.

And finally, the micro-miniature coaxial (MMCX) connectors are not the most secure. In fact, during my trial period of the Tape, one of the earphones snagged on my pocket and fell off when I was exiting a bus, forcing me to order a replacement pair. My fault, perhaps, but I would’ve appreciated it if my earphone had fought a bit harder to stay attached to the cable.

The Tape goes for a sort of vintage look, perhaps associating itself with a history of electrostatic products going back to the 1960s. The capsules have two screws, mimicking the reels of a cassette tape. Well, maybe it’s a bit dorky looking, but it’s also endearing.

I don’t generally have a problem with headphone manufacturers that try to go for something unique, but the Tape’s appearance won’t be for everyone. It felt like they were trying too hard to appeal to a sense of nostalgia that didn’t really connect with me.

Comfort-wise, the Tape is a blocky affair that grew uncomfortable in my ear faster than I would’ve liked. Not every “blocky-shaped” earphone has given me this problem; the Campfire Audio Andromeda, for instance, is quite comfortable. But the Tape has a sharp edge that digs into my outer ear, leaving it irritated and sore.

Overall, I feel like the Tape is kind of a mess when it comes to product design. I consider this aspect of a product relatively unimportant. To me, it matters more how it sounds. But I have to admit that it feels like Shuoer has gone out of their way to annoy me.

That said, Shuoer is a fledgling company, and I hope they learn from their mistakes and make more sensible choices in the future.

Of course, the generally acknowledged strength of electrostatic drivers is their ability to present oodles of detail at lightning-fast speed. The Tape’s electrostatic tweeter is certainly capable of doing just that. The bottleneck here will be the dynamic driver, which, frankly, has its own fair share of issues.

The overall sound signature of the Tape is V-shaped, with recessed lower mids, heavy bass, and a bright-ish top end.

The dynamic driver supplies the Tape with a very nice, impactful low end that renders kick drums and other happenings in the sub-bass with aplomb. The sound is typical of a dynamic driver – fat, lively, and very slightly slow (but not enough to be problematic, and in a pleasing sort of way).

The transition into the mids is handled relatively nicely, without any incredibly muddying midbass hump. The bass of the Tape is fairly typical, in a good way; there’s not much to complain about here.

The mids represent my big problem with the Tape’s sound signature. In aiming for a detailed sound, Shuoer seems to have overdone it, resulting in a very thin and shouty midrange that, given the wrong material, is almost torturous.

Thin or recessed mids are always somewhat characteristic of a V-shaped sound signature, and the lower mids of the Tape remind me somewhat of the Beyerdynamic DT990 in their tonal quality – that is, when the bass comes up, it can be kind of difficult to tell what’s going on in the lower mids. But this does represent a number of people’s preferred sound signature, so, though not my cup of tea, it will appeal to some.

What’s more problematic is the upper mids. Like most earphones, the Tape builds to a peak at around 4kHz, which should lend voices and instruments a sense of presence and clarity. Unfortunately, the 4kHz peak is pretty sharp and exaggerated in volume.

This results in a tone that can sound very shouty, almost shrill, with certain tracks.

Combine this with some speed and haze issues in the upper mids and lower treble and the Tape has the potential to sound very unpleasant. For example, the track “Sat in Your Lap” by Kate Bush, which already has a tendency to sound shouty with some equipment, is like nails on a chalkboard with the Tape.

Shoutiness is not always a problem for me. My favorite pair of headphones that I currently own, the Audio-Technica ATH-AD2000, is known for having a kind of shout that brings vocals forward. But the Tape is just too egregious in this regard to be acceptable.

It’s almost strange to hear such detailed and well-extended treble combined with a shouty and somewhat slower midrange and bass. Although the treble in the Tape is quite good, it doesn’t quite go together with the rest of the sound signature.

It’s a shame that the mids are so off-kilter, because the treble of the Shuoer Tape is quite resolving, airy, and “effortless,” as some call the electrostat sound. Cymbals shimmer nicely, the details of the stick against metal are rendered well, there is an adequate amount of air.

For me, the treble is amazing for its razor-sharp, yet non-fatiguing quality.

There is a peak at 8kHz, which is sometimes audible in sibilance-prone tracks, but the treble has enough speed that the peak doesn’t really get fatiguing for me.

That said, it’s almost strange to hear such detailed and well-extended treble combined with a shouty and somewhat slower midrange and bass. Although the treble in the Tape is quite good, it doesn’t quite go together with the rest of the sound signature.

To make matters worse, the point of disjunction between the dynamic driver and the electrostatic one falls somewhere in the lower treble. This means that, on some tracks, you get somewhat slower lower treble and somewhat faster upper treble at the same time, resulting in a confusing listening experience.

The Shuoer Tape represents exciting developments in the budget-friendly IEM market, and has accordingly received a lot of attention from audiophiles. For those that want to experience an electrostatic sound at a lower price, it will undoubtedly have a lot of appeal. That electrostatic treble is real, and it’s something worth trying.

But unless you just have to experience the electrostatic treble, I can’t recommend the Tape. With its ergonomic failings and its shouty, often unpleasant sound signature, it simply seems too much like a prototype; there are issues that Shuoer still has to resolve.

But I hope they continue to try. Their newest effort, the Singer, comes in at $75, and although I haven’t heard it yet, I hope to soon enough. The introduction of a great sounding electrostatic IEM on the budget market is a noble goal for sure.

You can buy the Tape through Linsoul.