The NiceHCK X49 is the only sub-$20 IEM I know that uses nothing but a single BA driver. Unfortunately, that’s just about its only standout quality.

Much of my thought process for writing this review revolved around a single question: how should I review a USD$17 IEM? What can I criticize here? Should I be lenient? Or should I criticize it as I would any IEM, then tack on a nice “…but that’s OK, because it’s USD$17” at the end? 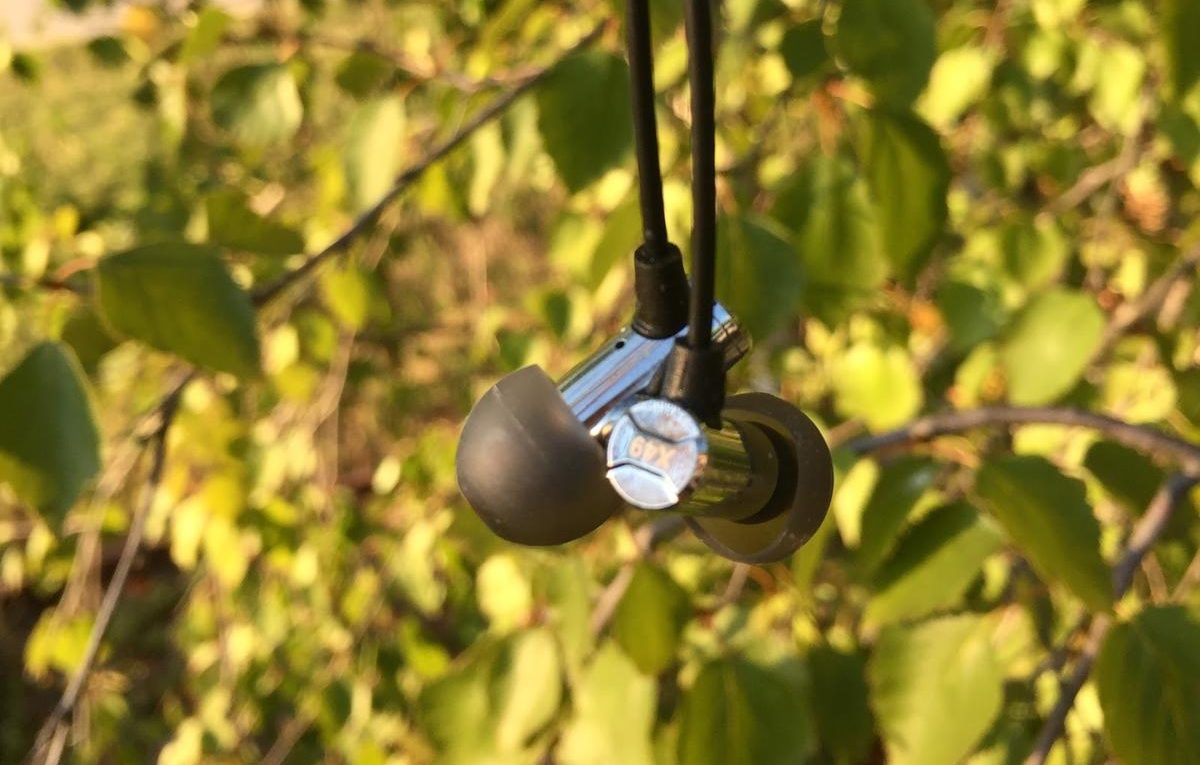 The NiceHCK X49 is a truly uninspired product, but then again, what could we truly call “inspired” at the USD$17 price point? Yes, we do have to contend with the reality of the pricing here, if only for a moment. But I still don’t think I’d recommend the X49, preferring instead to recommend something like the cheaper Sony MH755 or the slightly more expensive BLON BL-03. Or, a host of alternatives by manufacturer KZ.

I wonder because the NiceHCK X49 is not a perfect IEM. It has problems – big ones – but, well, it does cost USD$17.

NiceHCK themselves are a bit of an enigma. One of the numerous Chinese IEM manufacturers that peddle their wares on HifiGo, they seem to be adopting the time-honored tradition of throwing a bunch of random products at the wall and seeing what sticks.

There’s no real consistency to their products, which look a lot like what every other budget-fi IEM manufacturer is putting out these days. They range in price from USD$6 to about USD$75.

The X49 is a bullet-shaped IEM that features a single BA driver. Visually, it looks a lot like the slightly more expensive Final Audio E series of IEMs. Functionally, though, these are quite different, as the Final IEMs use a dynamic driver.

The X49 is also described as having a “hi-fi tuning,” which to me simply translates as the opposite of a “consumer tuning.” And lo and behold, these don’t boast the boosted bass and treble of a typical consumer product of this price. But what do they boast in exchange?

The unit used for this review was provided free of charge by HifiGo in exchange for an honest review.

When it comes to build quality, not much. The metal housing is the highlight here: NiceHCK sets themselves apart from the competition by featuring tubular copper earshells with an “electroplated” exterior. Most consumer products at this price make do with cheap plastic.

The design itself is also not bad. A bullet-shaped IEM is never going to fall to the typical IEM design error of making something that won’t fit in your ear. Just jam them in and, if you’ve picked the right eartips, they’ll stay.

Of course, in order to get that shiny metal shell, cutbacks had to be made elsewhere, and for the X49, that comes in the form of a limited number of accessories and an awful stock cable.

These days, it’s pretty common to see IEMs come with at least a cheap carrying case or bag, which is an invaluable asset to me. I hate shoving my naked IEMs into my pocket, and if they don’t get broken, they get tangled, and I have to spend 30 seconds untangling them before I can listen to my music – what a pain.

The cable is firmly attached, rendering the installation of a replacement cable impossible. That’s unfortunate because the cable sucks – it feels cheap, it’s made out of rubber, it has a troubling tendency to retain its shape, and it’s very microphonic (meaning it transmits sound very easily, and you’ll constantly be able to hear the cable rubbing against your shirt).

I would’ve preferred to see at least a slightly better cable, and I don’t think it would’ve been impossible for them to do that and still hit their target price, but oh well.

Overall, comfort and design with the X49 is a mixed bag. It seems like NiceHCK’s attention and manufacturing costs went to using semi-premium materials for the IEM bodies, to the exclusion of all else. Still, it’s usable, at the very least, and that, I suppose, makes it qualified to cost USD$17.

Most of the “budget kings” use dynamic drivers, and for good reason, which I’ll get into later. By contrast, the NiceHCK X49 makes use of a single BA driver. Otherwise, the stats look pretty normal.

The reason BA drivers are often used over dynamic drivers, as far as I’ve been able to tell, is because they manage to produce slightly faster transients, and thus slightly better detail. At the same time, they fail in providing a sense of “weight” and “tangibility” to the sound, except in extremely good implementations.

The X49 is a cheap and pretty bad implementation of a single BA driver. It doesn’t sound horrible, but it doesn’t have any of the advantages of its BA architecture, and it does have all the disadvantages. Basically, the X49 just sounds dead, lifeless, dull.

It doesn’t sound aggressively bad the way some other IEMs at its price point sound. I’ve heard some incredibly bad IEMs at and above the X49’s price point, and compared to those, the X49 manages to at least keep its head above water.

The bass is certainly the area where the X49 suffers the most from its BA driver. BA drivers are sort of known for being chronically unable to satisfy in the bass department, often sounding limp and lacking in slam. That’s why you see many hybrids with dynamic drivers for bass, and BAs for everything above.

Unfortunately, that’s exactly the case with the X49.

Frequency-response-wise, the bass rolls off below about 70 Hz, and has a somewhat annoying bump above. I’m not inherently against this – recently, the Kinera Freya did something kind of similar (but much better), and I rather enjoyed that.

Unfortunately, the bass here is both totally lacking in slam and dynamics, and is rather muddy to boot.

You truly get the worst of both worlds. Many budget IEMs have slow, flabby bass, but at least those IEMs have slam down there, lending a sense of weight to basslines and kick drums, if not a sense of pace.

But the X49 has neither – its bass is limp, boring, lifeless, and so unenjoyable. Listening to techno or electronic dance music on these IEMs is a truly depressing experience.

Because of its lack of bass and (as we shall see) lack of treble extension, the X49 does indeed sound very mid-rangey, which for me is almost a good thing. I do like my audio products to be somewhat mid-forward, it’s true – the midrange is where all the magic happens, after all, where all the instruments are!

Unfortunately, the X49’s midrange is somewhat dull as well. There’s a big hole in the midrange from about 1 kHz to 2.5 kHz, followed by a rather precipitous peak at 3 kHz.

The peak is no big deal, actually – to the point that I didn’t actually hear it in my casual listening, only when checking the frequency response in more detail via sine sweep. It’s not particularly annoying or out-of-place.

What is annoying is that hole in the middle of the midrange! It really sucks the life out of everything, making it sound – again (am I starting to sound like a broken record here?) – dull and boring. It makes everything sound a bit cuppy, too.

A tuning like this still isn’t unforgivable, and in fact, one of my favorite headphones is tuned sort of like this; the Audio-Technica ATH-AD2000 has a similar hole in the middle of the midrange. But that headphone has slam and articulation, while the X49 has none, and that makes all the difference.

As I said, the X49 isn’t super heavy on the treble or the bass. The treble is pretty much completely unexceptional – it’s pulled pretty far back, meaning things like cymbals are not going to be in focus really at all.

There’s no sparkle, either – it’s just a kind of dull haze up there. Despite that, I still do occasionally get a slight sense of peakiness or sibilance – but as soon as I hear it, it’s gone.

So, while I wouldn’t say the treble is particularly problematic, it’s not good in any way either – just mostly unobtrusive.

I do want to cover the soundstage and resolution capabilities of the X49, as I believe both are worthy of some note.

The resolution, I think, might be slightly above average for USD$17. Don’t quote me on that, but I do find myself hearing things that I don’t imagine I would typically hear on a USD$17 pair of IEMs. It’d be dismal for any IEM above USD$50, but again, for its price, it’s good enough.

The soundstaging, on the other hand, is quite dismal, and below expectations. Bullet-shaped IEMs are kind of known for having subpar, very “inside-of-head” imaging – take the Etymotic ER4’s, which are known for having a somewhat small, flat soundstage.

The X49 is worse even than that. Because of the design, and in part the frequency response, the imaging is vague, blurred, and the soundstage is quite constricted. It’s not that there’s no left-right separation, but…just trust me, it’s not very good.

And there you have it! The NiceHCK X49 is a truly uninspired product, but then again, what could we truly call “inspired” at the USD$17 price point?

Yes, we do have to contend with the reality of the pricing here, if only for a moment. But I still don’t think I’d recommend the X49, preferring instead to recommend something like the cheaper Sony MH755 or the slightly more expensive BLON BL-03. Or, a host of alternatives by manufacturer KZ.

These earphones are not going to be perfect, but they’ll offer a more even tuning and a more lively representation of transients than the X49.

If you are truly looking for a warm, blunted, slightly dull-sounding IEM for USD$17, though, step right up. I’m not judging.

I have read elsewhere that the X49 sounds, to some, as good as a USD$70 earphone. I am not sure what these people were hearing, but it is certainly not the same product as mine. The X49 sounds just about right for its USD$17 price.

If you’re interested in purchasing the NiceHCK X49, check the page out on HifiGo.
Filed Under:
balanced armature
iem
nicehck