GoldPlanar has established itself as a reputable manufacturer of over-ear headphones. With one pair of planar-magnetic IEMs under its belt, how will GoldPlanar manage with a more traditional form factor?

Thanks to Linsoul, who provided the GoldPlanar GL12 in exchange for an honest review.

Earlier this year, Chinese headphone manufacturer GoldPlanar finally made the leap from “a company no one’s heard of” to “a company that most dedicated headphone nuts know about” (if perhaps begrudgingly) with their over-ear planar-magnetic headphones, the GL2000.

The GL2000 earned their own degree of controversy, with many praising them as a valuable addition to the planar-magnetic headphone market, and others denigrating them as a poor value proposition at over USD$600.

Though the GL2000 may be it’s most high-profile product at this point, GoldPlanar’s more interesting products are far more experimental: the GL1200, which use ribbon drivers; the GL850, which use AMT drivers; and the GL20, which mimic Audeze’s iSine series in form factor.

Meanwhile, the GL12 are not one of GoldPlanar’s takes using exotic headphone technology, but an entry into a relatively light field of more traditionally shaped sub-USD$200 planar-magnetic IEMs (a la the quite well-known TinHiFi P1). It’s a “genre” of IEMs that has respected members, but is still looking for a savior. And so the question of the week is: at just below USD$200, can the GL12 be that savior? 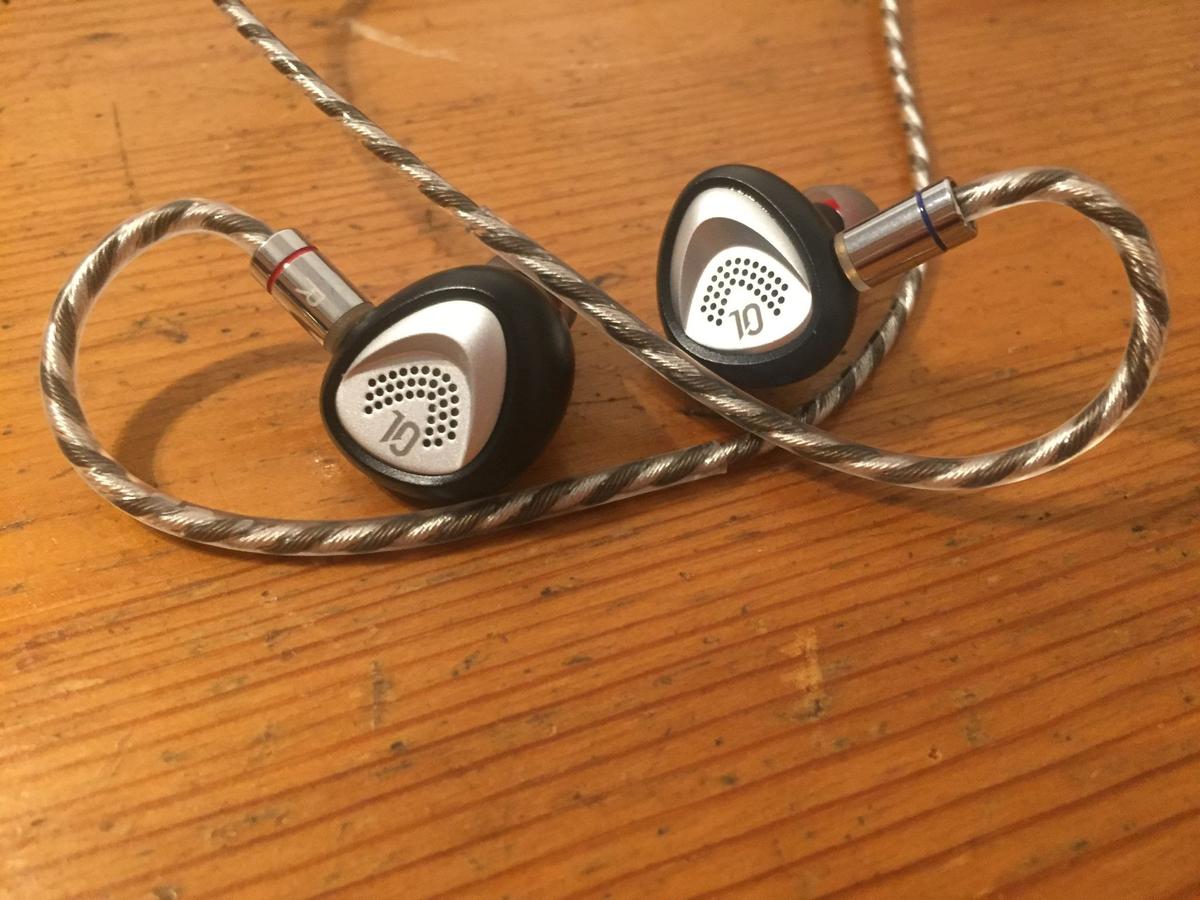 Until now, the only planar IEMs in the sub-USD$200 to really gain any traction are the TinHifi P1. And so it remains. While the GoldPlanar GL12 are an interesting experiment, they fall far, far short of the level of tonal accuracy and technical abilities we would expect at this price point.

Despite the GL12’s planar driver, the technical specifications are pretty normal for a pair of IEMs. Worthy of note is the semi-open enclosure, which allows sound to flow in and out of the IEMs, leading to poor isolation.

The GoldPlanar GL12 come with a rather mediocre set of accessories: a box made of some kind of relatively low-grade wood, a soft carrying bag emblazoned with the company slogan “To Make The World Listening Better” and two measly pairs of eartips of different sizes.

I always find it interesting that price is not correlated with the number of included eartips; I have USD$50 IEMs with a huge assortment of eartips, and now here’s a far more expensive pair with only two. At the end of the day, it costs so little to include a slightly larger selection of eartips, which have such important overall purchase satisfaction benefits of sound quality and fit – why wouldn’t you include more?

The GL12 do come with an extra pair of nozzles. The ones that come attached to the IEM’s have no grill at all, while the ones with the grill slightly subdue the treble. Of course, I’m reminded of the LZ Audio A7, which came with a whopping five pairs of nozzles, each of which changed the tuning.

Offering a pair of IEMs that can simultaneously play to various different tastes is certainly a respectable move. But does the GL12 really do that? We will find out together.

The included cable is wrapped in the kind of clear rubber that feels like it belongs in medical equipment rather than a personal audio product. It comes with a 4.4mm Pentaconn connector attached to the cable. To use it with an unbalanced source or amplifier, you’ll need to use the rather bulky included adapter. Considering the weighty metal earphones and the overly stiff cable, the GL12 are heavy and overall rather inconvenient to use.

With matte silver faceplates and smooth, portly bodies, the GL12 present as a businesslike, function-over-form product. No swirling plastic, no shiny gold leaf, and no absurd stylistic flairs of any kind: just a pair of IEMs that say, “Hey, I don’t need any of that to sound good!”

And good on them: this has always been my favorite type of product design.

Because they’re planars, the GL12 are open-backed, with a small grill on the faceplate. As a result, isolation is far below average. Interestingly, the way the sound is reflected and damped in the body of the earphone filters out certain frequencies, and does make the level of background noise lower overall. However, the GL12 will not sufficiently block out the noise of a train, plane or car.

How do they feel? As someone with very narrow ear canals, I provide a different challenge than most, and I found the nozzles to be rather girthy, resulting in a small shock to the system when I first put the earphones in. But once they were in, they stayed there very well, a sure sign of a well-designed capsule.

Unfortunately, I cannot particularly recommend the GoldPlanar GL12 for their sound quality. For a pair of IEMs of this price, their tone and technicalities are both pretty far off the mark, and far better performance can be had for less.

My test system is relatively basic: a Schiit Modi 3 DAC into a JDS Labs Atom amplifier.

The GL12 suffers from a combination of “recessed” tonality and poor dynamics that give them a sleepy, dull, and muted presentation. Listening to a song on the GL12 feels somewhat akin to, say, listening to a song through a towel

It’s not as if there aren’t slightly dull-sounding audio products that I like. Far from it: one of my favorite headphones of all time are the somewhat sleepy-sounding (but still incredibly vibrant, when called for) Stax SR-007. The aforementioned LZ Audio A7 are another pair of headphones that use a slightly dulled sound to great effect. And, of course, there’s the famous Sennheiser HD600, which are an undeniable classic.

The GL12 are more lifeless than any of those products. Better crank the volume if you want any sense of excitement in your music.

I used the GL12 with the nozzles sans filter, as the filtered nozzles simply made the upper midrange and treble recession even worse.

The bass in the GL12 is there, certainly. It’s not recessed like the midrange and the treble. However, it has a dull, soupy sound with blunted leading edges to transients and a rather long decay, even when being fed with very clean (and sufficient!) power from my JDS Labs Atom amp.

The result is a boomy, low-fi sound reminiscent of cheap dynamic-driver over-ear headphones. One would imagine that the 12.5mm planar driver of the GL12 would create the kind of tight, fast bass that planar headphones are known for, but no such thing has happened here.

At least, though, the bass has ample impact and extension when called for. Although the GL12’s bass may be rather loose, it can hit relatively hard.

There are headphones that I really, really like that have recessed mids. The aforementioned SR-007 may be my favorite headphones I’ve ever heard, and they have about a 10dB dip from neutral in the upper midrange. The Audio-Technica ATH-AD2000 and the Audeze LCD-2 are two other headphones with significant areas of recession in the midrange that manage to be very, very good headphones despite that.

All three of these headphones can sound lively, vibrant and exciting when the music demands it of them. So I’m not going to condemn the midrange frequency response alone for the GL12’s damp and uninspired sound. Also to blame are the general lack of resolution and dynamics throughout the midband.

In my experience, it’s largely the midrange that leads to a sense of realism in the recording, and unfortunately, neither instruments nor vocals sound particularly realistic with the GL12. When this is the case, often I look for a pleasant coloration that contributes its own flavor to certain types of music. Unfortunately, I haven’t found the coloration of the GL12 to contribute anything positive to any genre.

The treble of the GL12, like the upper midrange, is severely recessed. Even relatively “breathy” vocal recordings like “Furry Sings the Blues” off Hejira by Joni Mitchell sound cupped, hollow, and lacking in presence and breath.

The sonic properties that manifest as bluntness or roundness in the bass show up as graininess and lack of specificity in the treble. Recordings are noticeably lacking in detail when I listen to them on the GL12, regardless of system.

It’s almost uncanny – there is just the constant feeling that something is missing, and I think the lack of treble detail is a large part of that.

The GL12’s poor resolution also has the unfortunate side-effect of significantly reducing the soundstaging capabilities of the earphones. Trying to make out the exact positions of instruments in the recording space is somewhat comparable to the experience of trying to make out the distance of an object behind frosted glass.

By way of comparison, the GL12’s imaging capabilities are worse than the famously imaging-challenged Etymotic ER2SE, without the benefit of timbral and tonal accuracy offered by the Etymotics.

The GL12 are available on Linsoul.

Until now, the only planar IEMs in the sub-USD$200 to really gain any traction are the TinHifi P1. And so it remains. While the GoldPlanar GL12 are an interesting experiment, they fall far, far short of the level of tonal accuracy and technical abilities we would expect at this price point.

As a result, I unfortunately cannot recommend the GL12.

I hardly enjoy writing negative reviews of products, and I go into each review excited to see what the product brings to the table. The GL12 are one of the first products I’ve ever tested that haven’t given me compelling reasons to recommend them.

However, I continue to look forward to the next chapters of the GoldPlanar saga, as there is quite an interesting lineup of products outside of the GL12.