BLON’s latest offers two dynamic drivers for the price of one. Will they provide a comfortable listening experience, or will they crash ‘n’ “letmusicburn?”

Thanks to Linsoul for providing this product free of charge in exchange for an honest review.

For Chinese IEM manufacturer BLON, lightning struck last year with the release of their BL-03. This was a product that caught everybody’s attention for offering a great neutral tuning at an affordable price – under USD$40 at the time of this writing – and quickly shot to the top of every reviewer’s list of recommendations for cheap IEMs.

Since then, BLON has garnered something of a cult following. People enjoy the products they make, while wholeheartedly embracing their quirks (everyone, say it with me: “Belief. Letmusicburn. Oppoty. Nevergiveup.”). But they have yet to recapture the overwhelming success they found with the BL-03.

Enter the BL-Max. While the BL-03 and BL-05 both used a single 10mm dynamic driver, the BL-Max uses two dynamic drivers, one 10mm and one 6mm. That’s hardly a groundbreaking achievement, but it’s something new for BLON. And besides, who really cares about driver configuration? None of it matters if the product sounds good!

Beyond that, there’s little else new of interest here. The marketing material claims that BLON employs “mainstream electronic crossover technology to accurately divide the low, medium and high-frequency bands,” which to me translates roughly as “we have nothing more to say here, so please enjoy our good-sounding product.” As you wish, BLON. 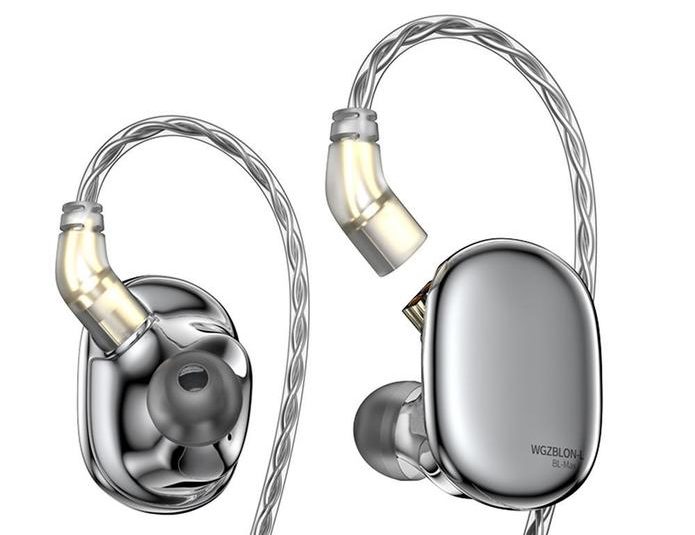 At under USD$40, the BLON BL-MAX are a good value proposition. They offer a sound signature with broad appeal and no overwhelming sonic flaws. Although to some, they might come off a little cold because of the slightly recessed lower midrange. Additionally, the BL-MAXs’ bass is slow and vague, lacking in snap; and the upper frequencies are grainy. The midrange is fast and coherent, though. The biggest flaw of the BL-MAX is comfort.

The BLON BL-MAXs came in a box so small and minimalist that I didn’t even bother photographing it. Prying the IEMs out of the packaging they were lodged in took more effort than I thought appropriate. But I’m no sucker for “the unboxing experience,” and if you’re buying a sub-USD$40 pair of IEMs, chances are you’re not either.

The cable of the BLON BL-MAX is neither particularly good nor particularly bad. It’s your fairly standard braided-’n’-shrink-wrapped affair. However, the inclusion of a “cover” of sorts for the 2-pin connector, preventing users from misaligning and damaging the thin, fragile pins, is welcome as always.

For an inexpensive pair of IEMs, the BL-MAXs look good, with a refined, unique shell design that is immediately appealing. They look futuristic and monolithic, eliciting comparisons in my mind with the monolith from 2001: A Space Odyssey. You simply can’t find any other IEMs in the sub-USD$40 range that look like this. They’re cool.

Unfortunately, like Icarus flying too close to the sun, the hubris of the BL-MAXs’ design proves to be its downfall. BLON’s best-laid plans immediately disintegrate when I try to wear the things. Now, to be fair, my ears have always been oddly shaped: my right ear is different from my left ear, and so a lot of times I have trouble with the fit of IEMs.

Those with very normally-shaped ears should take it with a grain of salt when I say that I could not get the BL-Max’s to stay in.

I tried every angle and every included pair of eartips, but no dice.

The longest I could get them to stay in without attempting to wriggle their way out was about 5 minutes. Wearing them for a longer period of time required constant fiddling and adjustment. Eventually, I always gave up. IEMs should not take this much effort to wear. And so much for walking around with the BL-MAXs in: sitting stock-still is enough to dislodge these IEMs from my ears.

The fundamental problem is that the BL-MAXs are not ear-shaped. Most IEMs are designed with the shape of the pinna in mind. Those that aren’t usually provide some sort of rubber brace to keep the capsules anchored in your ears. Meanwhile, the BL-MAXs are just…rectangles.

Exacerbating the issue is the weight of the IEMs: the metal looks great, but the weight only makes the BL-MAXs more likely to be yanked out of your ear.

As I mentioned, the poor comfort in my case is not a guarantee that the BL-MAXs will not work for you, dear reader. It is enough for me to take points off, but not enough for me to disqualify the product entirely. And, like I said, they do look good.

Due to my difficulties getting a good seal, I don’t know if I can necessarily give the final word on isolation; but when I held the capsules in my ear, I found that the BL-Max’s gave adequate, but not exceptional isolation for use on the NYC subway. They don’t provide the superior isolation of, say, Etymotics, but they aren’t open-backed, either.

The isolation is merely okay. Don’t expect to be using these to drown out the drone of the engine on an airplane.

The BL-MAX is the first BLON IEM I’ve heard, and I was excited to hear what BLON had to offer. Unfortunately, though, that means I can’t offer comparisons to the much-vaunted BL-03.

All in all, it’s a shame that the BL-MAXs fit so poorly for me, because they actually sound rather good. They aren’t the new king of the hill for the sub-USD$40 market, but they sound good enough to be a contender.

Overall, the BL-MAXs boast a light V-shaped signature with robust, boosted bass. The frequency response seeks, and in my opinion, finds a middle ground between the tastes of discerning audiophiles (the upper midrange and treble are not recessed or smoothed over) and more pleasure-oriented listeners (the bass, when called for it, will take over with authority).

It’s a pretty tried-and-true formula, but as they say, if it ain’t broke, don’t fix it.

Technically, the BL-MAXs aren’t perfect. The bass is a bit vague and slow, and the treble has a grainy, imprecise presentation. But the technical performance of the BL-MAX is far above the average for this price.

The BL-MAXs’ bass is full, robust, and boosted enough to make itself known, but not quite enough to dominate the mix – as it should be. The BL-MAX would rightly be called a bassy pair of IEMs.

Despite the forwardness of the bass, though, it’s quite a bit slower than the rest of the frequency range. It rumbles, but it doesn’t slam. In a way, it almost feels a little ghostly and intangible: bass guitars just kind of sound like “presences,” but not like bass guitars, exactly. Kick drums lose their aggression.

Overall, I appreciate the presence of the bass and the way it sits under the mix, but it gives off the distinct impression of lagging somewhat behind the rest of the frequency range.

It may sound weird, but even though the BL-MAXs’ sound signature would be generally classified as V-shaped, the midrange is probably my favorite part of the frequency range.

The lower mids are slightly recessed and lend a slightly cold sound to the IEMs. Note that I say “cold” and not “thin” – I don’t generally find these IEMs to sound thin, and the midrange has a broadly realistic timbre to it that puts it ahead of the competition, but the recession of the lower mids does lend a distant sound to instruments and voices.

The upper midrange is present in proper proportion or perhaps slightly over-represented in the mix. To my ear, there’s a distinct but slight bump from 4-5kHz – pretty typical of the “Chi-fi V-shape” sound. But it’s tasteful, and doesn’t throw everything out of whack.

Like many IEMs and headphones with this kind of tuning, the upper midrange and lower treble has a bit of grain and glare to it that can be distracting, especially if you like to listen loud. This grain and the emphasis of the 4-5kHz range contributes to the BL-MAXs cold and distant sound.

But hey, I like electrostats. I don’t mind a little coldness. And while the BL-MAXs may have some grain in the upper treble, they boast the speed to make up for it. The midrange of the mix is, in my opinion, well-rendered without as much confusion as you would get in many similarly-priced options.

The treble flows pretty seamlessly from the midrange, and honestly I don’t have much to add here. The same complaints about grain in the upper midrange apply here. As far as technicalities go, the treble is nothing to write home about, but it’s serviceable, especially for the price.

The lower treble is a little boosted but, to my ears, there’s no offensive peaks.

The BLON BL-MAX can be found on Linsoul here; as of now, they are not yet available on Amazon.

At under USD$40, the BLON BL-MAX are a good value proposition. They offer a sound signature with broad appeal and no overwhelming sonic flaws. Although to some, they might come off a little cold because of the slightly recessed lower midrange. Additionally, the BL-MAXs’ bass is slow and vague, lacking in snap; and the upper frequencies are grainy. The midrange is fast and coherent, though.

The biggest flaw of the BL-MAX is comfort. These IEMs do not give me the impression that they were designed to fit human ears, and although surely not everyone will have the same issues with fit that I did, you should probably try to verify the fit before you finalize your purchase (make sure the seller has a generous return policy!).

If the fit is good (a big if), I can safely recommend the BL-MAX as a good, albeit perhaps not exceptional, option in the price range.