The Colorfly CDA M1 is a versatile and nifty DAC/amp dongle, with good power on tap, balanced and single-ended outputs, and adjustable gain options.

Thank you to Shenzhen Audio for providing the Colorfly CDA M1 review unit.

Dongle DAC/amps have a place in the arsenal of all aspiring audiophiles. They are ultra portable and rather than lugging a DAP (digital audio player) around or (Heaven forbid) a huge amp, these dongles allow for high fidelity audio on-the-go from just a humble smartphone.

In addition, dongles are generally cheaper than their DAP counterparts, so from a price-to-performance perspective, they offer great bang-for-the-buck. 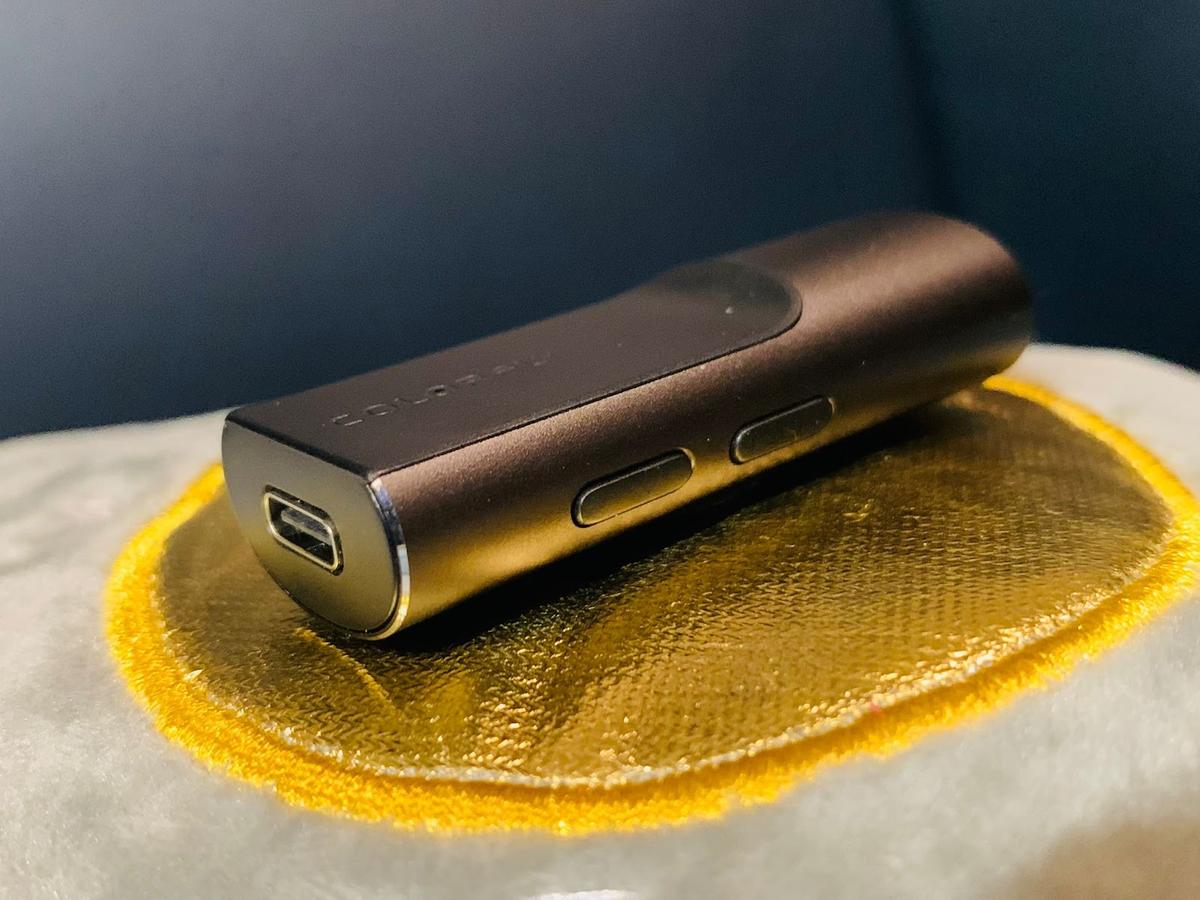 The CDA M1 is a versatile dongle, boasting single-ended and balanced outputs, with different gain settings to boot. It is technically proficient, with soundstage and layering a particular highlight. In addition, this dongle has a very organic timbre, unlike some other counterparts that may sound a bit artificial. The CDA M1 gives accurate playback for a variety of transducers ranging from high sensitivity multi BA sets all the way to high impedance behemoths, without breaking a sweat.

Today we will check out the Colorfly CDA M1, the latest in a long line of dongle releases.

Colorfly was founded in 1995, and their main focus is producing on DAPs and IEMs. In 2010, they famously launched the world’s first 24bit/192kHz DAP, the Pocket HIFI C4.

Since then, Colorfly has sold a few other well-regarded DAPs, such as the C200, U8 (their flagship), and the U6. Colorfly also has some IEMs in their stable, such as the CH1 and the Quintet, and are pioneers in releasing the first wireless decoding amplifier, the BT-C1.

I like that the CDA M1 features a detachable USB-C cable design, as that can be a point of failure.

The included cable is silver-plated copper and Colorfly says it is designed to reduce radio-frequency interference. This cable is well-braided, but unfortunately it is a bit tangly and floppy. The good news is that it can easily be swapped with other aftermarket USB-C cables.

The CDA M1 is manufactured using high-precision CNC (computer numeric control) machining, via 180-mesh zircon sandblasted metal. As a result, it is very smooth to the touch.

The housing has round edges with no sharp protruding parts. Indeed, the CDA M1 melds good looks and build, so I have no absolutely complaints on these fronts.

Colorfly’s logo is there to greet the user on the top of the dongle. On either ends of the fuselage, there is a USB-C female connector, and the 3.5 mm/4.4 mm output connector ports respectively.

This dongle is meant for plug-and-play usage, and is compatible with Apple devices, Windows platforms, and android phones. There is no need to install drivers except for Windows versions below Windows 10.

Volume controls are found at the side of the dongle.

As of October 2022, Colorfly has released a very welcome firmware update.

It is refreshing to see companies update their products months down the line instead of dumping new releases and moving on to the next sale (without further updates).

Just download the 28/10/2021 “M1_Windows system driver” file and run it first, then run the “M1_V1.0 firmware” thereafter. Please remember not to move or touch the device during firmware updates and to ensure that the laptop/PC’s power is stable during that time, as I’ve heard forum reports of slight movement bricking devices.

The CDA M1 has options for high or low gain output. I suggest using low gain for high sensitivity and/or low impedance gear, whereas the high gain option should be used for more demanding stuff, such as low sensitivity/high impedance transducers, or outliers like planars. Do experiment to see what suits your needs.

The CDA M1 does get a bit warm with longer listening sessions, especially on high gain/balanced options, but that’s kind of par for the course. It isn’t that bad compared to some other dongles I’ve tried that could scald the skin!

The CDA M1’s core is powered by a customized ESS DAC, the Colorfly α, which is also used in their flagship Colorfly U8 DAP. This DAC allows decoding up to PCM 32-Bit/768kHz and native DSD 512 playback.

An interesting point to note is that the two amplifier modules are independently powered, which Colorfly says will provide a darker background for music listening.

For our tech-inclined friends who want to see detailed measurements of the CDA M1, check out this useful site for further details!

Tests were done with various transducers, from low impedance loads such as the Audiosense T800 and TRI Starsea, and including low sensitivity IEMs such as the Final Audio E5000, all the way to harder to drive 300 ohm loads, such as the Sennheiser HD650 and RY4S 300 ohm.

I describe the CDA M1 as having a neutral presentation, with a very organic and authentic timbre for vocals and acoustic instruments. In comparison, some dongles may sound artificial and synthetic in the timbre department.

Pairing the CDA M1 with some of my daily drivers such as the Tanchjim Oxygen, BQEYZ Autumn, Final E5000, Audiosense T800, Moondrop KATO, Sony XBA-N3, and the LZ A7, this dongle faithfully reproduced the sound signature that I’m familiar with for these transducers.

The CDA M1 doesn’t color any frequency of the music unnecessarily. Ironically, it doesn’t live up to its namesake!

I’m kinda old-school and it is my preference that the transducer, rather than the DAC or amplifier, does the coloring of the music, so to speak.

Bass on this dongle extends quite well, with just a slight sub-bass roll-off. I’m quite picky with bass quality, and I had a smile on my face when I tried out Sting’s Englishman in New York, which is my go-to track for checking out bass quality. The CDA M1 aces bass speed and texturing with aplomb, with no smearing noted.

The midrange is transparent and neutral, with top-notch imaging, instrument separation and layering. The treble is smooth, yet detailed, with good air and clarity.

This dongle boasts excellent dynamics and the soundstage is expansive in all three dimensions. The aforementioned accomplished technicalities lets it cope well with complex tracks with competing riffs. Indeed, pairing the CDA M1 with a technically proficient transducer will show what it is capable of.

It seems to be a time-worn audiophile adage that devices incorporating an ESS DAC chip may give a sterile or overly bright sound signature. However, it is the implementation and tuning that matters more. The CDA M1 is quite smooth and doesn’t suffer from the classical “sabre glare”.

The best part is that the CDA M1 seems to maintain its balanced and lush sound signature with a wide variety of headphones, from high sensitivity IEMs all the way to power-hungry 300 ohm gear.

I am quite surprised that the CDA M1 manages to adequately power some fussy sets such as the Final E5000 (from the 4.4 mm port). This IEM is notorious for having boomy and bloated bass when underpowered and not many sources can do the E5000’s sound justice! I am also quite pleased that the Sennheiser HD650 (300 ohm) is powered well by this dongle.

The CDA M1 has a dark background, and does not exhibit hiss even with high sensitivity IEMs. Unfortunately, Colorfly doesn’t seem to publish the output impedance (to calculate the rules of eights), but the frequency response of very low impedance gear such as the Audiosense T800 and TRI Starsea don’t seem audibly skewed, at least to my ears.

Priced below USD$100, the CDA M1 is a colorful (forgive the pun) and versatile dongle, boasting single-ended and balanced outputs, with different gain settings to boot. The CDA M1 is technically proficient, with soundstage and layering a particular highlight. In addition, this dongle has a very organic timbre, unlike some other counterparts that may sound a bit artificial.

Another aspect I appreciate is that this dongle is rather neutral and gives accurate playback for a variety of transducers ranging from high sensitivity multi BA sets all the way to high impedance behemoths, without breaking a sweat. So think of the CDA M1 as a Swiss army knife of dongles!

There are some minor nitpicks, such as the dongle getting warm. Also, Apple users will need to purchase a separate Lightning cable. But, in the big scheme of things, I heartily recommend the CDA M1 for audiophiles looking for a portable source that is affordable yet can do-it-all!

Go ahead and color your world with the CDA M1!