Thank you to FiiO for providing the JD3 for review purposes.

FiiO is one of the most popular IEM manufacturers from China and has garnered a reputation for offering some of the best value-for-money products out there. Their IEMs have been popular over the last few years with a few standout models such as the FH5 and FD7.

The FiiO JD3 enter the market as the least expensive FiiO IEMs in production, with a regular price sub-USD$20 and sale prices often dropping near USD$5. That’s an astonishingly low price for a FiiO product, so many may be tempted to jump at the chance to grab a pair. 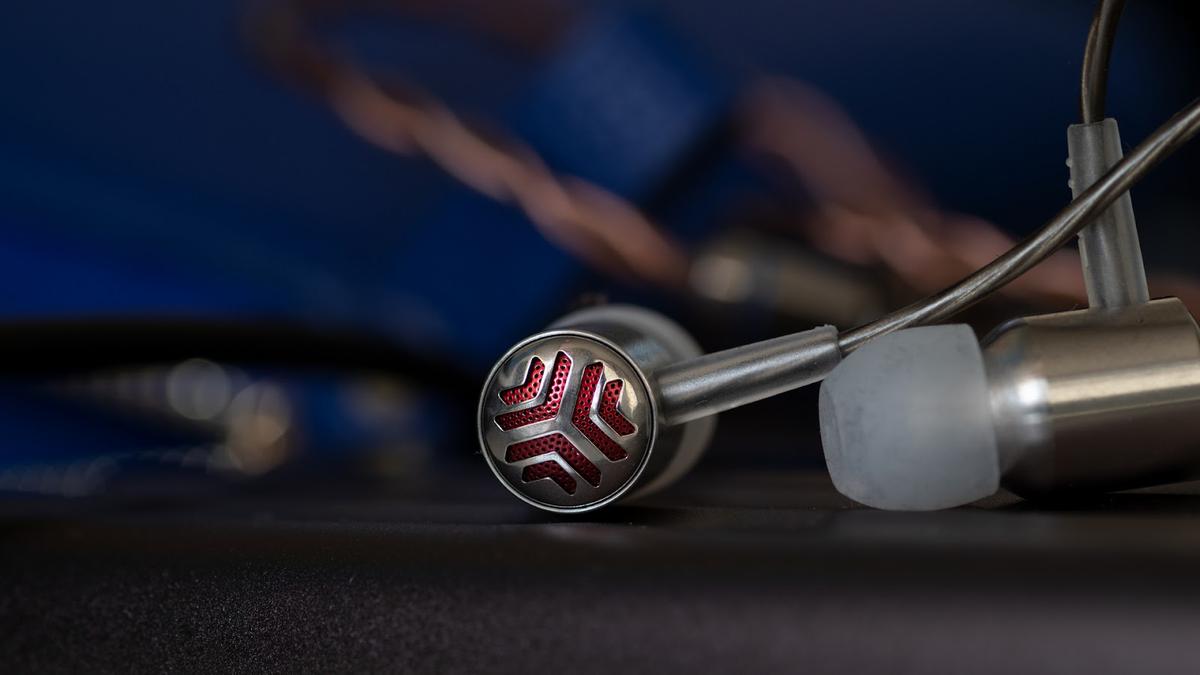 FiiO’s selling point with the JD3 is the promise of a high-performing pair of IEMs at bargain price. They get parts of it absolutely right, with excellent build, nice design, and bass-head approved bass response. Sadly, the cliche of “bassy budget IEMs” have mostly gone out of fashion. Even budget buyers are concerned about tonal balance, something the JD3 do not offer. Unfortunately, this singular focus costs the rest of the tuning.

While the price-tag is the highlight, sound quality is (of course) of the utmost importance. So let’s see what concessions FiiO had to make to reach this ultra-budget price bracket.

The JD3 come in a fully plastic box. In this age of recyclable packaging, I am somewhat bemused at FiiO’s choice here. A cardboard box would be even cheaper and more environmentally viable. Ah well.

The included carrying bag is better than the pouches you can purchase in this price range, so there’s that.

FiiO went for a bullet-style design with the JD3. The shell is machined aluminum with only the strain reliefs being made of plastic. Even the nozzle filter is metal. The JD3 look more expensive than their price tag.

Build quality is one area where FiiO did not cut any corners.

The back of the housings are interesting as FiiO designed them to be semi-open. The vents are also color-coded which adds to the aesthetics of these IEMs.

Finally, the fixed cable is a bit of a hit or miss. It looks and feels durable and has ample strain relief near the housing, plug, and y-split. The inline mic can also be used to play/pause music and increase/decrease volume.

Where the cable falls short is in ergonomics. The sheathing is springy and from experience, this type of coating becomes stiff over time.

Bullet-style IEMs are usually comfortable unless you have a small ear-canal. For me, the JD3 posed no fit issues. It appears that FiiO has mostly vented the back of the driver while not adding any pressure-relief vent on the front of the driver. Isolation is also below-average as the semi-open design allows noise-leakage from outside.

Unfortunately there was some noticeable driver flex with a tight seal and deep fit.

What’s more interesting about the setup is the semi-open design that uses an aperture in the driver capsule to keep out resonant frequencies. Also there is a foam ring surrounding the magnet assembly that apparently absorbs some of the resonant frequencies as well.

Rather impressive design elements for a pair of budget IEMs. Let’s see if all this translates into good sound.

The following sound impressions are formed with stock silicone tips and a Questyle CMA-400i as the source. Test tracks are available on Tidal as a playlist.

The JD3 have a strong focus on bass, especially sub-bass, with everything else playing second fiddle.

The upper-mids are boosted enough to keep some engagement going in the mids. A classic V-shaped tuning, without the usual treble peaks (which is a good thing here).

Sub-bass is boosted almost 15dB over the lower-mids. This gives the sub-bass a very strong focus.

On Alexionfire’s This Could Be Anywhere in the World the sub-bass drop around the 20 second mark digs deep and hits hard. The mid-bass boost is relatively moderate and is often overshadowed by sub-bass notes. However, snare hits have a dense impact and everything sounds hefty.

The bass texture is also rather good – a pleasant surprise. Bass decay is slow though, as is expected in this price class. Overall, the bass response alone will make or break these IEMs for potential buyers.

The lower-mids are overly recessed due to the mid-bass bleed and this masks a lot of low-level details. As a result male vocals lack definition and subtle strums of guitar strings, dense understrokes of piano keys, etc. are lost in the mix. Damien Rice’s Color Me In is devoid of the minute vocal articulation, for example.

The upper-mids are boosted by almost 10dB which somehow balances the midrange out. So vocals do not sound as recessed as the graph would indicate, but they don’t sound fleshed out either. The midrange was not the focus of the tuning and it shows.

There is a lower-treble peak near 5kHz (can shift depending on insertion depth and tips used) and then it rolls off sharply. Cymbals and hi-hats sound distant and their resonances are completely absent. The lack of treble also make the JD3 unsuitable for fast, complex tracks with layered instrumentation, e.g. Machine Head’s Aesthetics of Hate.

The soundstage seems wide at first due to the lower-midrange recession but in reality instruments are playing “in-your-head” like most IEMs out there. Stage depth and height are non-existent.

Imaging is mostly left and right and even then there is some bleed between channels. Overall the JD3 are disappointing in these aspects.

Macrodynamic punch (sudden change in volume) is surprisingly good, partly due to the strong sub-bass rumble. Subtle changes in volume or microdynamic contrast is poorly rendered, however.

This is a regular dynamic driver with a typical PET-based diaphragm, so speed is average at best. Not much to explore here.

The Moondrop Quarks are Moondrop’s cheapest IEMs and retail for even lower than the JD3. Two of the largest Chinese manufacturers going head to head with ultra-budget IEMs, now that’s interesting!

In terms of build quality, the JD3 win hands down. The plastic shell of the Quarks and their awful eartips and cable make them feel very cheap in hand. The Quarks are more comfortable though as they are lighter in weight and they don’t suffer from driver flex.

In terms of sound quality, the Quarks couldn’t be any more different than the JD3.

The Quarks show some sub-bass in measurement graphs but in reality they lack any bass rumble or physicality. The upper-mids are most prominent here with dry sounding lower-mids. Treble is better defined than on the JD3 but has a similar roll-off past 10kHz.

Soundstage and imaging is merely average on both. While the Quarks offer more clarity, they are not resolving. In a sense, the JD3 and Quarks are complementary as one focuses on bass and the other on mids, but as they showcase similar weaknesses in other areas. I can’t quite recommend one over the other.

Moondrop’s latest budget release, the CHU, have a single-dynamic driver design with metal shells and a fixed cable like the JD3. Pricing is similar though the JD3 often go on sale for a much lower price.

Build quality is even between them, but the CHU win in the comfort and isolation department. Accessories are also better with the CHU. The Moondrop Spring tips supplied in the box cost more than half of the IEM’s price.

If the better accessories aren’t convincing enough, the tuning differences will likely win you over, as the CHU sound more balanced and even across the frequency range. The bass has far better control with natural, well-defined lower and upper-mids. The treble is also not as rolled-off and has some upper-treble presence to add life into the songs.

Soundstage and imaging is where more improvements are found, with the CHU offering better stage depth and height, and more precise imaging. No, imaging on the CHU is not up to the level of mid-range IEMs, but for a pair of budget IEMs they fare better than both the Quarks and JD3.

I much prefer the CHU over the JD3.

Unless you need a lot of bass and explosive sub-bass rumble, the JD3 do not have much to offer over the CHU.

FiiO’s selling point with the JD3 is the promise of a high-performing pair of IEMs at bargain price. They get parts of it absolutely right, with excellent build, nice design, and bass-head approved bass response.

Sadly, the cliche of “bassy budget IEMs” have mostly gone out of fashion. Even budget buyers are concerned about tonal balance, something the JD3 do not offer. The bass is the highlight and I struggle to find IEMs with more physical bass in this price. Unfortunately, this singular focus costs the rest of the tuning.

The performance of the FiiO JD3 is not as impressive as their sale price, which is a shame. Hopefully FiiO tunes the successor with less bass focus and more lower-midrange and treble emphasis. Perhaps then FiiO can have a real “giant-killer” in the budget realm.