The planar wars heat up, with the “Pro” successor to the legendary LETSHUOER S12 entering the ring.

Thank you to LETSHUOER for providing the LETSHUOER S12 Pro for review purposes.

When the Tin P1 were released a couple of years back, planar IEMs were still in their embryonic phase. The P1 were a proof-of-concept of what planar drivers could bring to the table; however, they were hard to drive and had anemic bass.

Thereafter, other CHI-FI planars were gingerly released, most of which flew under the table, namely, the Tin P1 Plus, Tin P2, Tin P2 Plus, Toneking P10, Toneking BL1, and TFZ Balance 7. 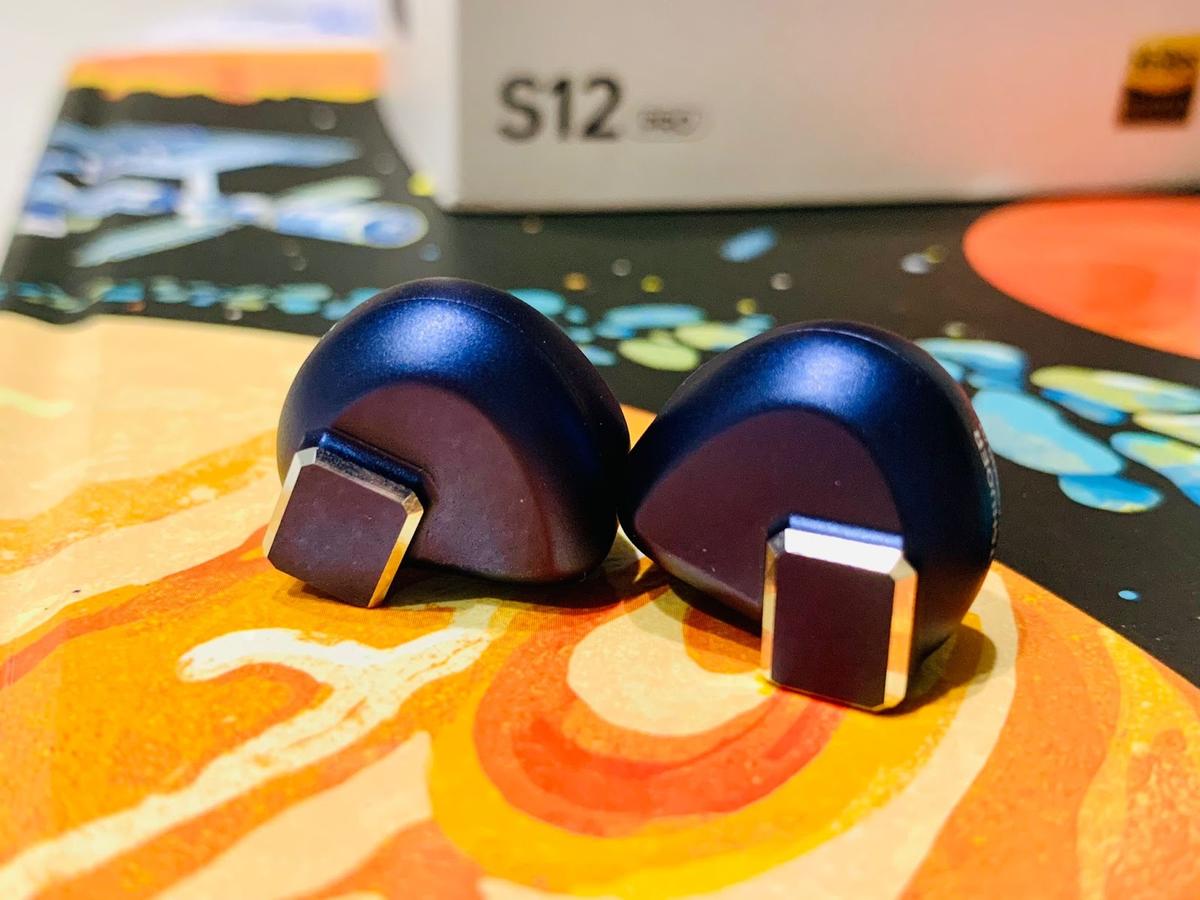 The S12 Pro are arguably one of the better planar sets to consider. Boasting fast transients, above-average technicalities, a solid build, and a balanced V-shaped tuning, the S12 Pro do most departments well. With the addition of a modular stock cable, the S12 Pro can also be paired with various unbalanced and balanced sources, adding a further feather in their cap. The S12 Pro may be a tinge bright for treble-sensitive folk, and vocal and midrange lovers might need to consider alternatives due to a depression in the lower mids.

These planars were relegated to brief footnotes on audio forums and didn’t gain much mainstream traction. That is, until the 7Hz Timeless arrived, heralding the era of the planar IEM hype train.

The Timeless were released at the end of last year to much fanfare, generating rave reviews, as many audiophiles flocked to embrace a newfangled and exotic-turned-mainstream technology.

Indeed, the Timeless were so successful that a sequel – the 7Hz x Crinacle: Salnotes Dioko – was released to build on their success.

Some innovative CHI-FI companies even attempted to fuse planars with conventional drivers – the TRI I3, I3 Pro, Raptgo Hook-X, and Kinera Celest Gumiho are cases in point. Regarding the latter, there’s some controversy about whether the drivers used in the Celest could be classified as legitimate planars, but that’s a tale for another time.

To up the ante further, “tunable” planars like the DUNU Talos entered the fray. The Talos incorporate a switch to morph between different tuning configurations on-the-fly, triggering a pure planar set-up versus a planar + BA configuration.

Forgive me if I’ve left anything out with the near-weekly releases of new planar IEMs.

The S12 Pro that we will be reviewing today are a special 6th-anniversary version of the well-regarded original S12 IEMs.

What’s different from the original? LETSHUOER says the Pro version have a different color, an updated nozzle filter, and a cable with swappable modules. The S12 Pro bodies are also redesigned, with added vents on the housing to reduce pressure build-up in the ears.

LETSHUOER was founded in 2016 by an experienced team; each member has an average of 16 years of experience in the audio arena. Their products are all designed and hand-assembled in-house.

Their product line-up includes the S12 and Z12 mentioned above and other luminaries such as the D13, EJ07, EJ07M, EJ09, Conductor, Soloist, Tape Pro, and Singer.

LETSHUOER also dabbles in cables and sources, such as the M5 and DT02, respectively.

The accessories are befitting of a mid-FI pair of IEMs, and everything is entirely usable out-of-the-box.

I really appreciate that LETSHUOER incorporated not two but three different types of ear tips in the packaging. The white silicone tips have a wider bore and boost the upper frequencies, in contrast to the black narrower-bore ones, which increase the low-end.

The included foam tips are useful to tame the treble and increase isolation, but, on the flip-side, they narrow the soundstage.

Explore the various tips to see what suits your preference, as tips are as personal as shoes due to our different ear anatomies.

The provided cable is manufactured from silver-plated mono-crystalline copper, incorporating a 4 x 98-strand braid. The cable is pretty well-weaved, and is tangle-free with a chin cinch. Microphonics are unfortunately present.

This cable was not included with the original S12, and its selling point is the distal modular swappable plug, allowing one to swap 2.5mm, 3.5mm, and 4.4mm connectors.

This swappable concept enables the S12 Pro to be paired with a myriad of balanced and single-ended sources. Also, this theoretically should decrease wear-and-tear for the 2-pin connector on the shells, as one does not need to keep unplugging and plugging the cable.

Sadly, there are no L and R markings on each end to identify the sides, but as per usual convention, the right terminal has a red marker.

An oval leatherette case completes the accessories line-up. This case is very compact, with the inside having webbing to store accessories.

The following review was done with the black stock tips and stock cable to avoid adding any aftermarket confounders to the sound.

While the shells of the S12 Pro look like the spitting image of the original S12, they come in an aerospace blue hue, which is a far cry from their predecessor’s dull gray color.

The aluminum housings are pretty minimalistic and feature a matte finish. Build quality is top-notch.

Despite the vents, isolation is actually above average, and these would make for a good commuting pair of IEMs.

While there are no protruding or awkward edges, the S12 Pro’s nozzles are pretty short. Thus, those with bigger ears may encounter the shell pressing on the concha, leading to slight discomfort, especially when it comes to longer listening sessions. YMMV.

Well, I’m sure I need not emphasize that the S12 Pro utilize a custom 14.8mm planar magnetic driver.

LETSHUOER advertises that the innards of the S12 Pro are redesigned from their predecessor, featuring more vents to equalize pressure, with the addition of a rear acoustic chamber to provide better channel-matching.

For a pair of planar IEMs, the S12 Pro are relatively easy to drive, but they scale with amplification. With more juice, tighter, extended bass and better dynamics are heard.

The S12 Pro are a fun-sounding, yet balanced, V-shaped pair of IEMs.

The S12 Pro’s low-end focuses on the mid-bass, with just moderate sub-bass extension. Bass is north of neutral but not at bonafide basshead levels.

IEMs with planar drivers handling the bass frequencies generally have rapid bass transients but do not move air or decay as much as traditional DD drivers, which is the case with the S12 Pro.

In terms of quality, bass texturing is pillowy and sometimes can sound undefined, but bass speed is lightning fast and can cope with complex bass movements. There’s just a hint of mid-bass bleed, but thankfully the bass does not encroach much into the midrange.

As per the V-shaped tuning, the lower mids are recessed, so the S12 Pro may not be the best option for mid-lovers, especially for vocal- or acoustic-predominant tracks. The upper midrange is boosted but just at the edge of spiciness.

The S12 Pro are a bright pair of IEMs; make no bones about it. They have moderate treble extension, sparkle, and air, but for longer listening sessions, treble-sensitive folk might have an issue.

The brightness brings a lot of clarity to the table, though on the flip side, there is sibilance and some splashiness for high hats and cymbals. Thankfully the provided foam tips can tame the treble brilliance a bit, so give this a try if you are treble-sensitive.

In the area of technicalities, the S12 Pro have above-average imaging, instrument separation, and layering. Micro-details are decent enough but not class-leading. The soundstage is unfortunately bang average and sounds in-your-head.

Like most of their planar brethren, the S12 Pro do have a somewhat unnatural timbre for acoustic instruments (especially when compared to single DD transducers). This may be a consequence of the planar drivers’ very fast transients and rapid decay. Note weight is on the thinner side.

The S12 Pro will be compared against some other mid-FI planars. Single DD, hybrids, and pure BA IEMs were excluded from the comparison as the different transducer types have their own pros and cons.

In practice, the revamped nozzle filters don’t really change the tuning. The S12 siblings sound highly similar, and one would be splitting hairs to hear a significant difference in A/B testing (well, unless you have golden ears).

Hence, in terms of sonics, the S12 Pro are a chip off the old block, and I feel there is no impetus for existing owners of the original S12 to procure the Pro version.

The Timeless, as alluded to, were the spark plugs that drove the full force of the current planar hype down on our wallets.

The Timeless have a tinge better resolution, imaging, and instrument separation but suffer from a pronounced lack of soundstage depth (though they have good soundstage width). In essence, music sounds very 2D with the Timeless. Coupled with a less natural timbre on the Timeless, these sound less organic than the S12 Pro.

Even though the S12 Pro are not the most comfortable pair, I actually had more fit issues with the Timeless. Considering that the Timeless are also more expensive, I would choose the S12 Pro between the two.

The Zetian Wu are more L-shaped, with bigger sub-bass and less treble extension and quantity. The Zetian Wu come across as warmer and darker, with a thicker note weight. Tonally, the Zetian Wu are less sibilant and fatiguing, with a smoother treble.

The Zetian Wu are technically inferior, with fuzzier imaging, less micro-details, way-blunted edge definition, and worse instrument separation and micro-details. The Zetian Wu have a more marked mid-bass bleed with a less textured and slower bass.

However, timbral accuracy is more natural on the Zetian Wu, and the Zetian Wu have a lighter shell and are more comfortable.

For consumers who want to board the planar hype train, the S12 Pro are arguably one of the better sets to consider. Boasting fast transients, above-average technicalities, a solid build, and a balanced V-shaped tuning, the S12 Pro do most departments well.

With the addition of a modular stock cable, the S12 Pro can also be paired with various unbalanced and balanced sources, adding a further feather in their cap.

In terms of negatives, the S12 Pro may be a tinge bright for treble-sensitive folk, and vocal and midrange lovers might need to consider alternatives due to a depression in the lower mids.

Compared to their chief rival, the 7Hz Timeless may have slightly better resolution, but the S12 Pro have a more natural timbre, superior soundstage depth, and a better fit. Also, the S12 Pro are substantially cheaper, and I much prefer the S12 Pro.

To be honest, I’m a single DD guy and am not really a fan of planar timbre, but I appreciate the attributes the S12 Pro have, and these have a place in my collection. The S12 Pro will definitely be “gold-standard” planars that curious readers will ask to compare against when a new planar hype train comes along!