The Performer 5 live up to their name and are above-average performers in most departments.

Thank you, HIFIGO, for providing the AFUL Performer 5 review unit.

The AFUL Performer 5 have a very unique name, to say the least! In fact, there may even be some snickering connotations of them sounding ‘awful’ or ‘a-fool’ like!

Actually, “AFUL” translates to “prosperity” in Chinese (福), and is pronounced “Ah Fu”. 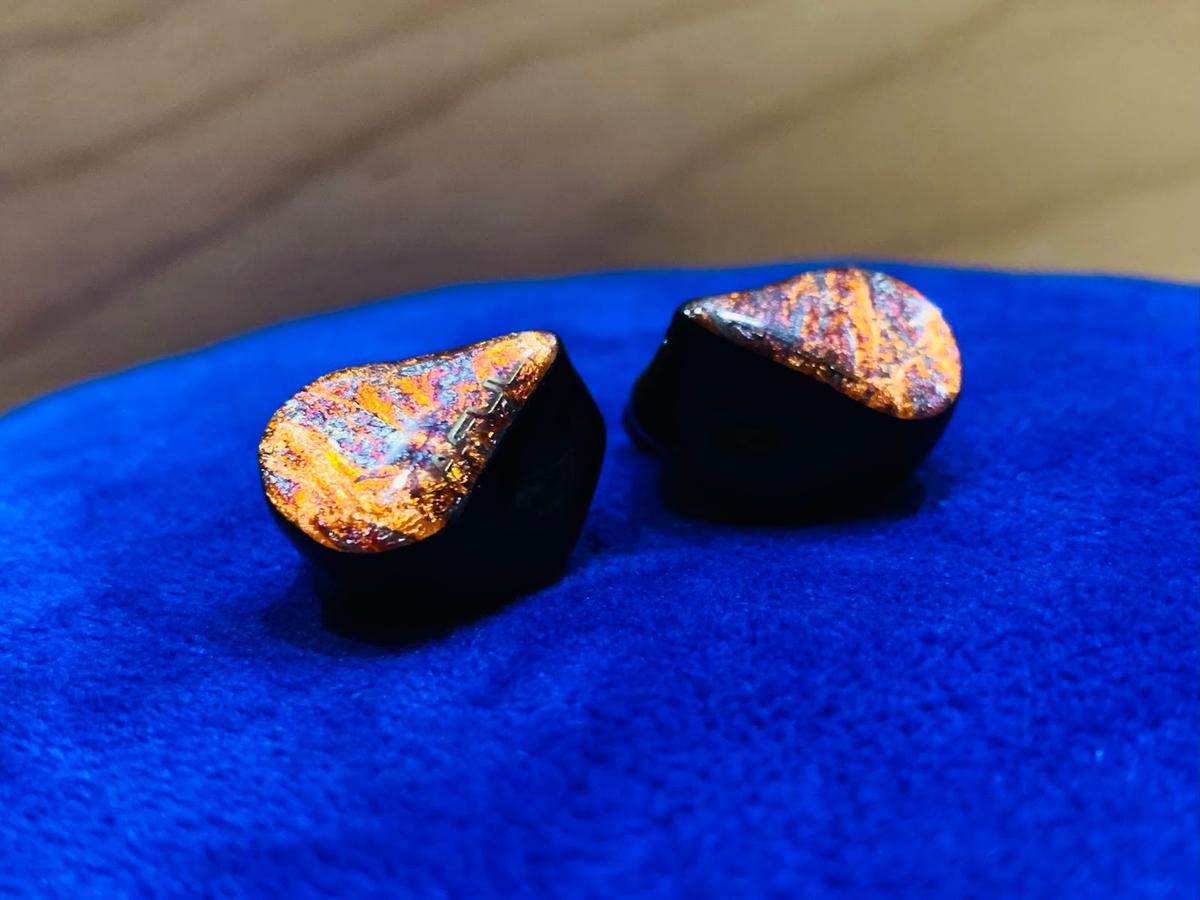 Other than being one of the easiest IEMs to drive, the Performer 5 isolation, aesthetics, and ergonomics are impeccable. Like their namesake, these perform quite well in technicalities, perhaps other than in soundstage. The Performer 5’s U-shaped tonality should also please most consumers. While they justify some of the hype, the Performer 5 are not giant killers. I have seen cheaper sets with better accessory packaging, and the soundstage is below average, though good imaging and layering make-up for this. There’s also BA timbre present, and the mid-bass could do with better texturing.

Let’s read on to find out if the Performer 5 are “full of awe” or “awful”!

AFUL Audio are relatively new kids on the block. They were founded in 2018, with the goal to design high-quality IEMs at affordable prices. They have obtained numerous patents, such as frequency division technology and full-stage multi-stage correction network compensators.

The Performer 5 are their debut pair of IEMs on the international market.

The accessories are not the most generous for a set priced near USD$200.

Foam tips or perhaps more goodies could be included – but the enclosed items are at least serviceable.

The narrow-bore tips boost the bass quantity but compress the soundstage. The wide-bore ones give a more expansive soundstage and some air but decrease the bass. Do explore to see what suits your preferences.

There are no marketing materials provided to suggest what the cable is made of. For what it’s worth, this cable is on the thicker side, and is well-braided and tangle-free, with minimal microphonics.

The distal terminals have a red and blue line to delineate the right and left connectors, respectively, as per general convention.

The provided round case is reminiscent of TRN hard cases sold online, with the AFUL logo prominently printed on the cover. No complaints on this front, the case is spacious enough to store the IEMs themselves, and maybe an accessory or two.

The following review was completed with the stock narrow-bore ear tips and stock cable. Aftermarket accessories were not used, so as not to add sonic confounders.

The housings are teardrop shaped, and fashioned from 3D printed shells, using medical grade resin. They feel quite premium, and this kind of build is generally not seen in this price bracket.

The shells have a pretty faceplate, incorporating an orange flame marble-like motif. The inner aspect has ‘L’ and ‘R’ lettering to delineate the left and right sides of the earpieces, respectively, with “PERFORMER5” emblazoned on each shell.

The shells are extremely ergonomic and light. I used the Performer 5 for marathon listening sessions without any discomfort.

They are one of the most comfortable pairs of IEMs I’ve tried in my journey thus far.

AFUL advertises that the housings feature a high-damping air-pressure balance system – this is a specially designed inner tube that releases pressure inside the ear canal – thus improving comfort and also enhancing bass texturing and slam.

Indeed, the venting system has more than an ounce of truth, as I didn’t encounter any driver flex on my pair, with no sensation of suction in the ears during usage.

Passive isolation is rated at 26 dB. This is no hyperbole, as despite being vented, the isolation is superb. I would have no qualms recommending the Performer 5 for usage in noisy places like subways or even for stage monitoring.

While there is no mention of the driver brand or material, as per traditional hybrids, the DD handles the bass frequencies, whereas two BAs settle the midrange, and the remaining two BAs manage the treble regions.

Firstly, there is an EnvisionTEC 3D printed acoustic tube system – this comprises a 60mm intricate bass tube with a 30mm mid-bass duct. These enhance bass slam and also help align the phases between different frequency bands.

Traditional tuning usually employs resistors and capacitors that affect the sound across different drivers. In contrast, AFUL uses the RLC 3D Frequency Division Technology to lower distortion and frequency response shifts, allowing each driver to be tuned independently of the others.

To round off, there are also treble and bass-damping filters added internally to aid in tuning.

The Performer 5 can be even driven off the weakest of sources.

The AFUL Performer 5 sport a U-shaped sonic profile. This tonality is quite balanced and well-suited for most music genres.

As per the graphs, the Performer 5 are sub-bass focused. The sub-bass even extends to 20Hz on frequency sweeps, and there’s an impactful rumble felt on sub-bass heavy tracks.

Mid-bass is not as prominent as the sub-bass, with the mid-bass being on the slower side – this is more apparent on tracks with fast bass lines. While there is just minute mid-bass bleed, the bass is somewhat weak in texturing, with a “pillowy” undefined bass heard.

The midrange is a tinge depressed, with the lower mids being warmed by the aforementioned mid-bass bleed. Thankfully, this area is not that veiled despite the abundant bass, and layering and clarity in the midrange are quite laudable.

The upper mids are slightly boosted but not at all shouty, providing a very fatigue-free listen.

The lower treble is lifted but the upper treble is on the darker side, with some lack of sparkle and air. Treble-sensitive folk will like the tuning – there is no sibilance – though on the flip side, there is some loss of resolution.

Cymbals and high hats are quite naturally reproduced, with no splashiness heard.

How is the technical performance of the Perfomer 5 (no pun intended)? I would say they hold their own against other hybrids at this price bracket, and they are at least above average in technicalities.

Soundstage is unfortunately an area of weakness – it is intimate in all three dimensions. Thankfully, the Performer 5 compensate with outstanding layering and acceptable imaging. As previously mentioned, micro-details and clarity are pretty good, though perhaps not class-leading, due to the darker treble.

For timbre freaks, the Performer 5 display BA timbre, especially when acoustic instruments like brass and woodwinds come out to play. There’s also some incoherency present, with the DD bass a shade slower than the BAs in terms of speed and transients.

I compared the Performer 5 against other mid-FI hybrids. Pure BAs, planars, and single DDs are left out, as the different transducers have their own pros and cons.

The Vulkan are neutral with a sub-bass boost. They have a thinner note weight and suffer from an overly prominent 7-8 kHz area, which introduces some sibilance and harshness.

In terms of technicalities, the Vulkan best the Performer 5, with the former being superior in soundstage, transients, imaging, micro-details, clarity, and instrument separation. Bass is tighter and faster on the Vulkan too, with no mid-bass bleed.

The Vulkan have a more generous spread of accessories, including a modular cable that allows single-ended and balanced sources to be paired with them.

The XBA N3 are a bullet-shaped hybrid with an L-shaped signature. The XBA N3 are warmer, with a thicker note weight – they provide copious mid-bass on tap, though the bass isn’t as tight, with mid-bass bleed in spades.

The XBA N3 have a more natural timbre, and better coherency but have worse technicalities (imaging, instrument separation, micro-details and clarity). Otherwise, the soundstage is slightly more expansive on the XBA N3.

The XBA N3 do have driver flex, which isn’t the case with the Performer 5. The Performer 5 also have superior isolation.

The Oriveti New Primacy are a neutral pair of IEMs, with a thinner note weight.

In terms of technical chops, the New Primacy are a step behind, with worse imaging, micro-details and instrument separation. Soundstage is larger on the New Primacy, albeit the fuzzier imaging makes music sound nebulous.

Tonally, the New Primacy are not as polished, with sibilance and over-prominent cymbal hits found, due to a marked 8 kHz area boost. There is a scoop out in the pinna gain, which also make vocals on the New Primacy sound cavernous and unnatural.

To top it off, BA timbre is also prominently displayed on the New Primacy, and is way worse than that found on the Performer 5.

One important area to note: the New Primacy have horrendous driver flex – which may be a deal-breaker – with a “clunking” noise every time they are inserted into the ears, making me fear the drivers can die anytime!

The QT9 Mk2s are a U-shaped pair that are very similar in tonality to the Performer 5. The former are better accessorized, though fit is a bit more iffy (due to short nozzles). The QT9 Mk2s also have weaker isolation.

This brings us back to our very first question. Do the Performer 5 bring “awe-ful” or “awful” performance to the concert hall? Well, the truth lies somewhere in between.

Other than being one of the easiest IEMs to drive, the Performer 5 isolation, aesthetics, and ergonomics are impeccable. Like their namesake, these perform quite well in technicalities, perhaps other than in soundstage.

The Performer 5’s U-shaped tonality should also please most consumers, with the smooth fatigue-free tuning a far cry from some other ChiFI hybrids, which veer towards an overly boosted treble to provide an illusion of clarity and details.

In the big scheme of things, the Performer 5 are a more than decent pair of IEMs.

While they justify some of the hype, and are worth the coin at USD$200, the Performer 5 are not a giant killer.

There are areas for improvement. I have seen cheaper sets with better accessory packaging, and the soundstage is below average, though good imaging and layering make-up for this. There’s also BA timbre present, and the mid-bass could do with better texturing.

For their “debut performance”, AFUL has produced quite a respectable first launch with the Performer 5. Like a stage performer not suffering from stage fright, the Performer 5 manage to sing their lines correctly and competently. Although perhaps there’s that little missing gusto that could have catapulted the concert from just above average to truly stellar.

With a little bit more refinement, the next performance will surely progress to an overwhelming success. I do hope AFUL’s future launches will build on the good work of the Performer 5! Let the show go on!