Before my purchase, the HiFiMAN’s HE-500 had been on my radar for a very long time. It is a headphones that is praised by a lot of audio guys I follow (Tyll, Aornic and others) and also well appreciated on the “Battle Of The Flagship” thread on Head-fi. 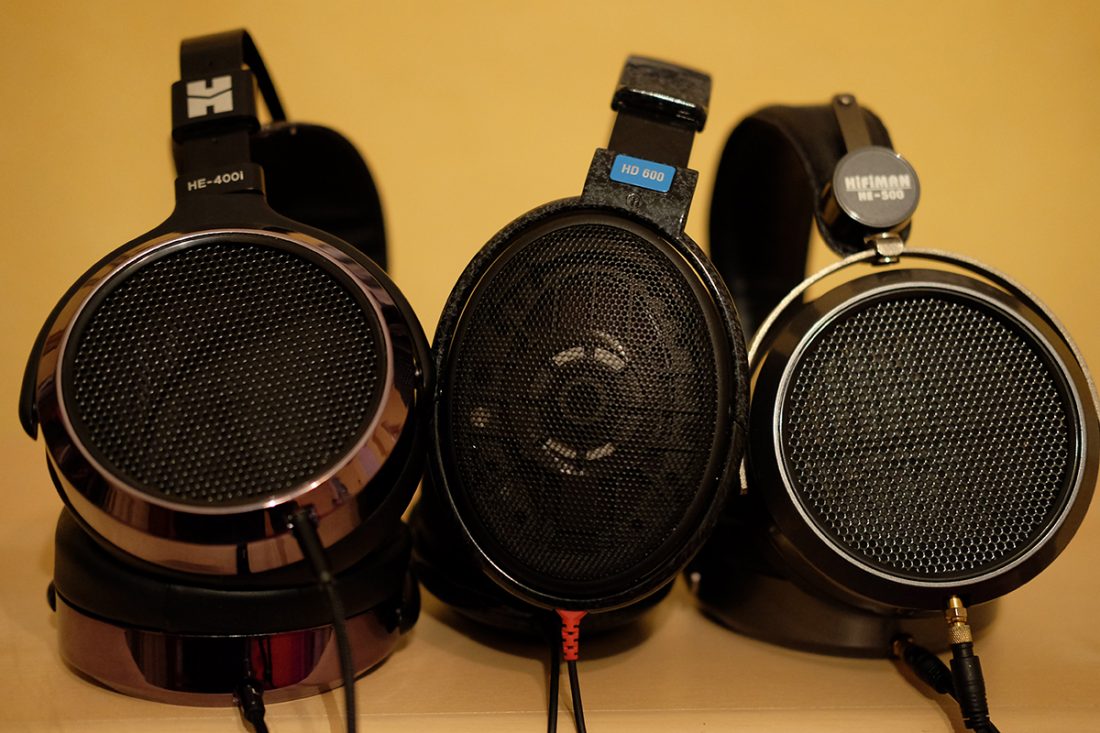 The packaging box feels premium. It comes with a Canare 3m black cable, pleather and velour pads (I didn’t use them since the seller had already put Focus-A pads), some manuals and SMC connector replacements parts. 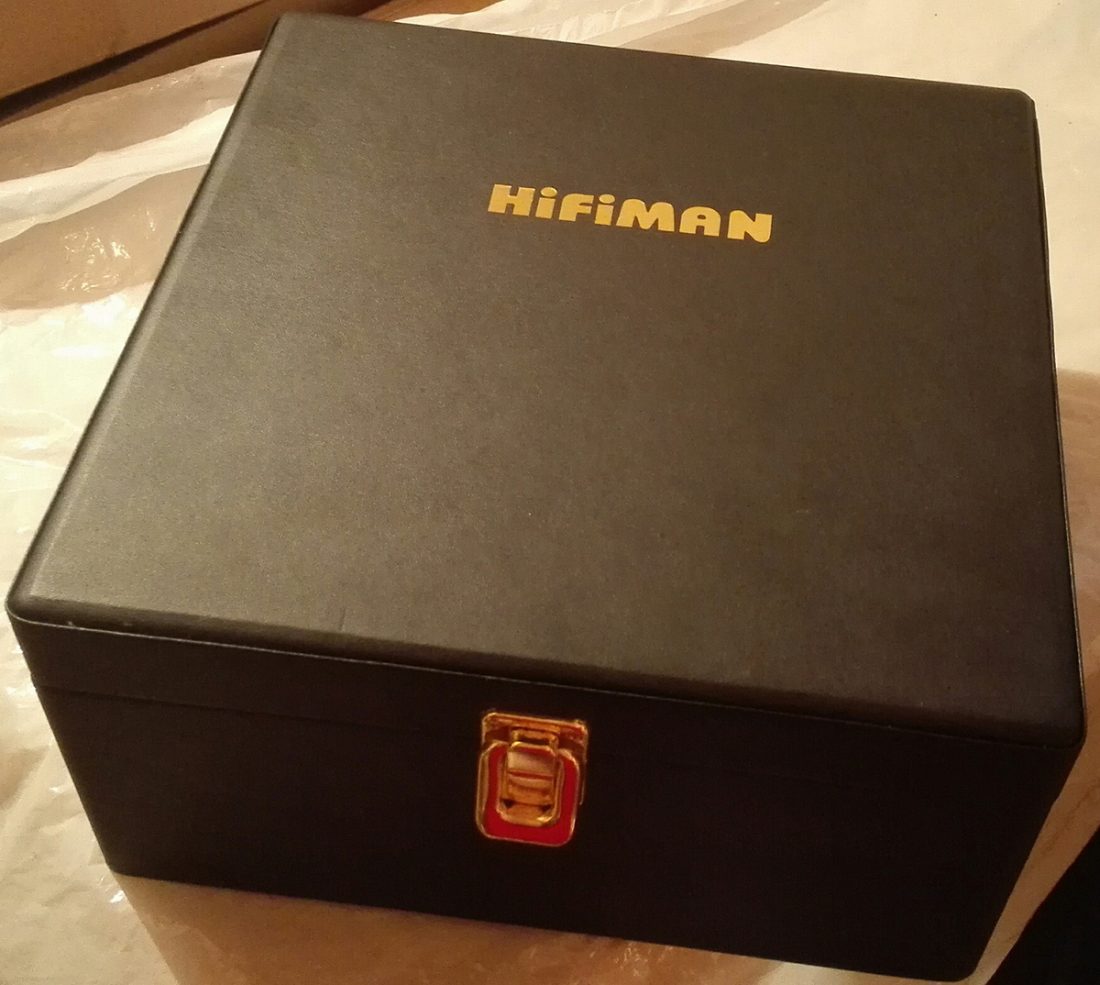 The headphones themselves feel not that bad. Sure, I’ve heard a lot about the old HiFiMAN’s quality control problems, but for the moment I don’t have an issue with them. There are plenty of complaints about the SMC connectors that can be sometimes loose. However, I’ve never had have this issue with my unit. I can use them for days without having the slightest sign of detachment.

The metal articulations look more durable than the ones on the HE-400i. Although the stock pads don’t look that great, the Focus-A pads are soft and comfortable. They are angled and my ears don’t touch the inside where the orthodynamic drivers are clearly visible. The headband padding is very nice and thick but could have been better designed. The weighing scale gave me a solid 540g (without cables), even more than the 502g stated by HiFiMAN. 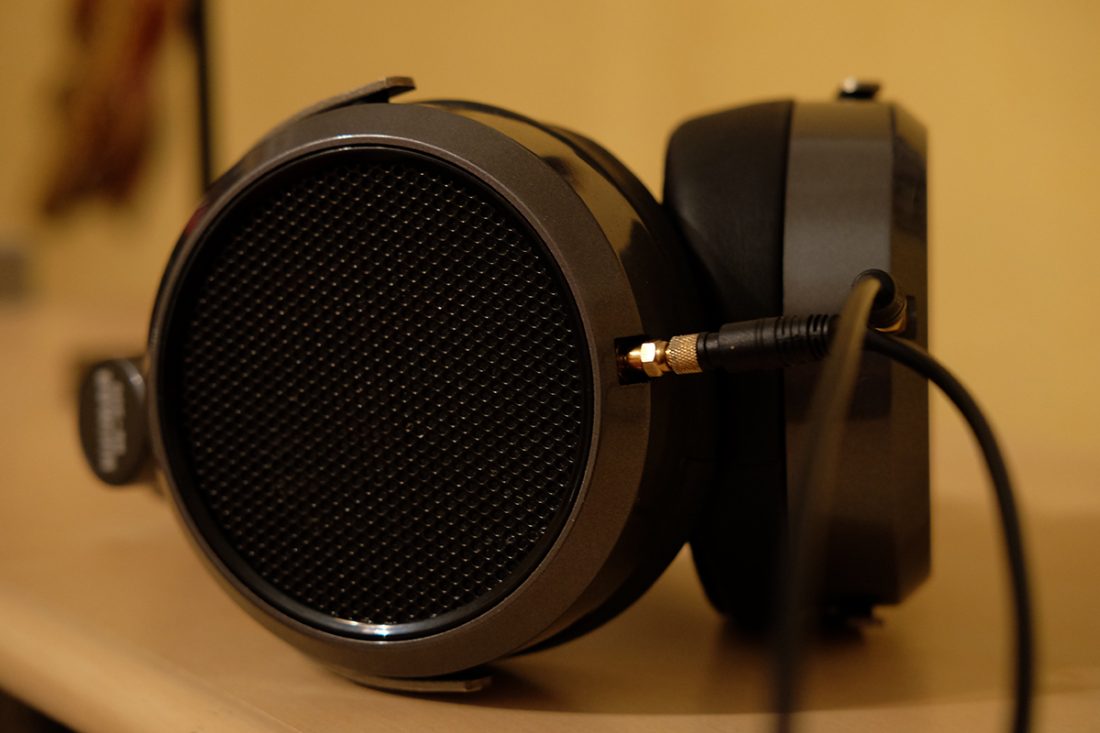 That simple headband doesn’t really support the weight of the headphones on and around the head well. The clamping force is not hard on my ears so all the weight pressure is located at the top of the headband.

Although I don’t feel any hotspot on top of my head, I can be neck tired after 3 – 4 hours of listening to them, just because of the imperfect weight distribution.

This is the only issue with the comfort that I had. Overall, they are a reasonably comfortable pair of headphone. The HE-400i has a better headband and weighs 165g less, the HD600 has thicker headband padding and weighs exactly HALF the HE500’s weight. Both are more comfortable than the HE-500 and among the most comfortable headphones I’ve ever used. 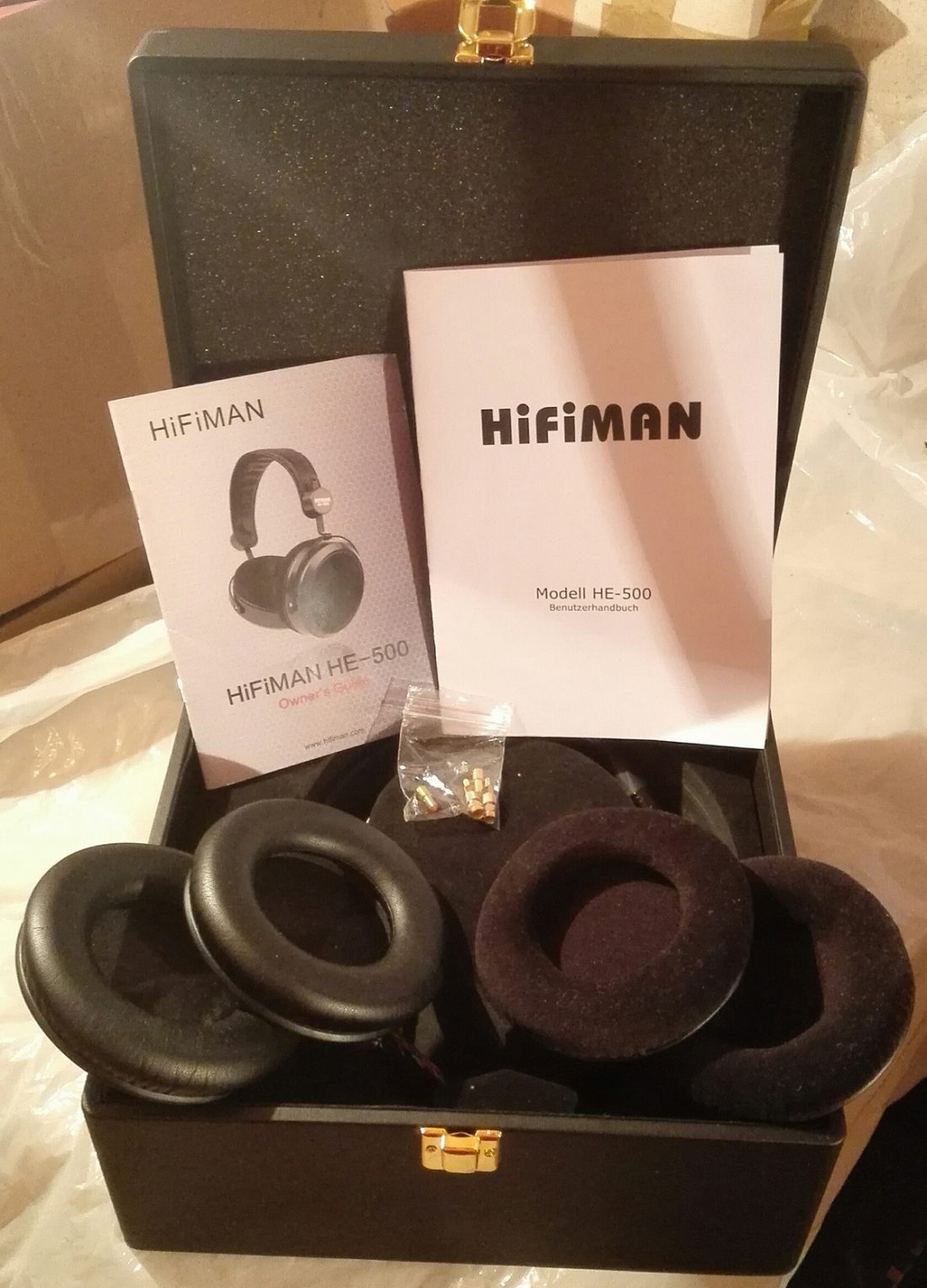 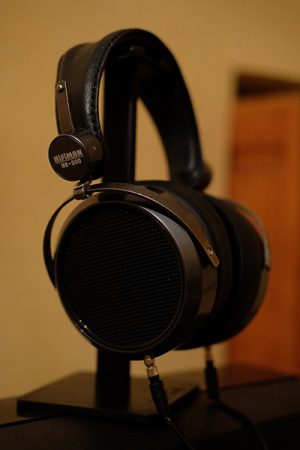 The HE-500 is harder to drive than most headphones. The Innerfidelity’s PDF measurements show that it has 47 Ohm impedance at 1 Khz and an efficiency of ~87 db/mW. It requires some power to be correctly driven, around 30% more than the HD600 and 2.5 times more than the HE400i. The newer HiFiMAN and the Sennheiser also need an amp in most situations. 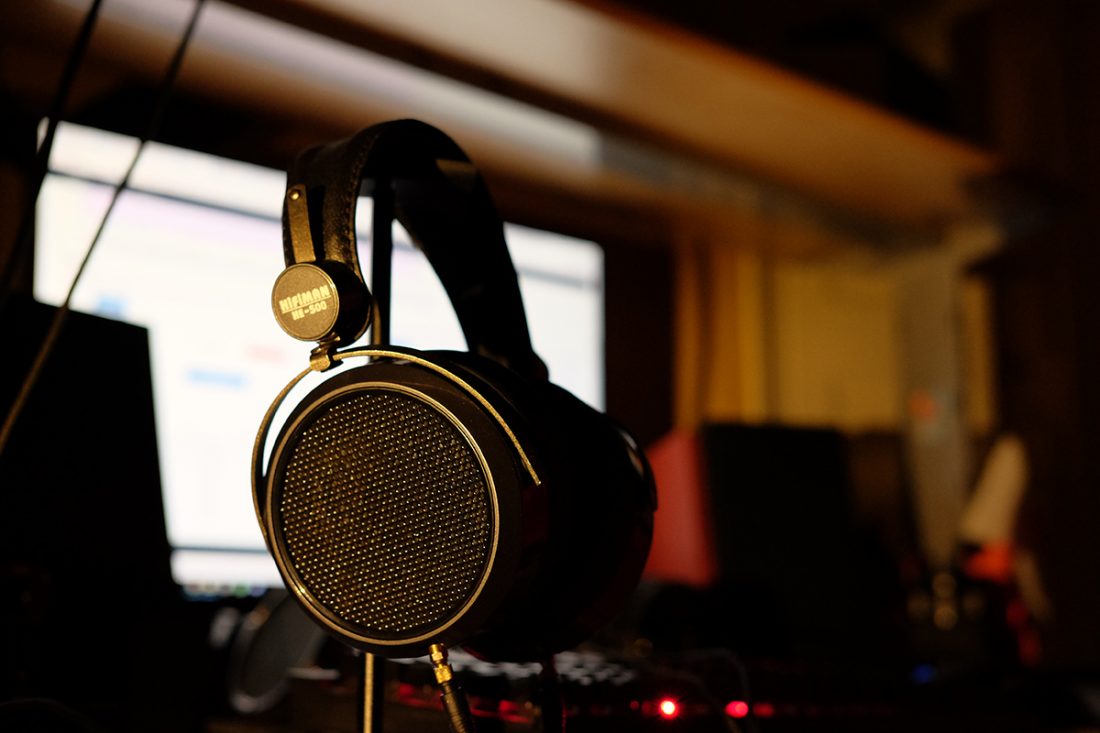 I like them all a lot and is intending to keep all 3 for a long time.

The HD600 has a unique natural tonality that I will always love to death, but sometimes I can feel the lack of bass. The upper-mids peak can be fatiguing for long listening sessions, in which I EQ down by 2/3 db the region.

The HE-400i has airy highs and tight bass while sounding very natural too. However, I sometimes find them a bit dry in the tonal balance (but much less than DT880 or any other V-shape headphone!).

The HE-500 is a warmer HE-400i with stronger bass, slightly fuller mids and reduced highs.

I like them a bit better than HE400i for music. They are a good complement to the HD600 since the Sennheiser are very different sonically than any of the 2 HiFiMANs.

I still don’t think I would have bought new 700€ HE-500 when it first launched. But now they can be found for 350-400€ used with Focus Pads that improve comfort. Honestly, at less than 400€, I don’t know any open headphones that sound better than the HE-500 for a neutral (but a bit warmish-oriented) headphone.

A combo of HE500 (+ HD600) + (another fun or V-shaped or big soundstage can) and you’ll have a trio that covers a lot of things and enjoyment sessions.