With a matte blue shell and a gold-plated faceplate, the Jabra Elite Active 65t exudes a mature vibe. But if you dig deeper, you will find that the comfort, fit, IP56 rating, and sound signature makes it the perfect workout headphones.

You can purchase the Jabra Elite Active 65t at

The Jabra Elite 65t charging case can roughly charge the earbuds fully for 2 times which adds up to another 10hrs of playback time.

The Jabra’s charging case has micro USB as the only charging connector. The micro USB is situated at the bottom of the case.

This charging case has probably the worst “opening” mechanism.

The smooth matte material combined with the curvy exterior, makes it really hard to open the case. Even with two hands!

There is a trick to it though. You can rotate it to a certain angle (the cover facing down) which will greatly increase the chance of opening the case successfully.

Luckily, the Jabra earbuds can be easily taken out. But this could be due to the negligible magnetic force. With one weak shake, the earbuds dropped out.

You can easily glance the estimated battery life of the charging case and earbuds off the two light indicators on the case – one near the connector, another near where the earbuds sit.

I like the matte surface because of two reasons – not a fingerprint-magnet and less visible micro-scratches. The Elite 65t’s case has a dark blue matte surface that exudes a mature look. It looks like it will sit well in an office situation without looking obnoxiously out of place.

With just a Jabra logo etched into the front of the case, the case has a minimal feel to it. It does look like a mini-briefcase from some angles.

The Elite 65t is a portable everyday carry. Weighing at 55g (3g more than the Galaxy Buds) and a volume of ~97 cm cu, it can fit into a jean’s pocket easily.

The battery life of the earbuds last around 5hrs. Combined with the charging case, you get ~15 hrs of playback time.

The Elite 65t charges quickly too. 15 mins of charging can get you 1.5 hrs of playback time.

Unlike most true wireless earbuds, the controls on the earbuds are asymmetrical. This plays to Elite 65t advantage. The earbuds designer could dedicate different actions to each earbud, reducing the number of presses needed for different controls.

The right earbud is called the “multi-functional” earbuds. You do your pairing, play/pause, pick/reject calls with that button.

As for the left button, it has an intuitive physical interface that allows you to easily adjust the volume. This is a good design, compared to some true wireless earbuds that need you to “triple-tap” to get a single gain of volume.

If you tap on the right earbud twice, you can toggle the “HearThrough” mode. It basically lets in ambient sound via the mic. It works fine for me when there is no music on. It can pick up surrounding sound quite clearly.

I like that you can check for the earbuds battery level by pressing the volume button when there’s no playback.

Only right earbuds can be in mono-use

You can do mono-use with the Elite 65t but only with the right earbud.

Playback will auto-pause when you take out any earbuds from your ear.

The “auto-pause” can be switched off via the Jabra mobile app. However, if the right earbud is too far away from the left earbud, the playback still gets paused. This behavior cannot be overwritten. The downside of this”distance-based pausing” is that you cannot share another earbud with someone else.

Overall, I think the usability of the earbuds is straight forward and friendly. There is a pleasant-sounding voice assistant that tells you how many devices are connected and whether are you connected.

The only confusing thing for me is the “distance-based pausing”. But if you are only using the true wireless earbuds for yourself, this shouldn’t be a deal-breaker.

Jabra has nailed the comfort and fit of the earbuds.

The nozzle extends well nicely into my ear canals. You can give it a slight rotation and it “locks” into place. It feels that it is securely latched on my ears.

Using the same matte material and color of the case, the earbuds inherit the business-like manner. The face of the controls is bronze-ish gold-colored, giving it a nice accent to the overall theme.

Jabra has proudly labeled that the Elite Active 65t has a 4-mic system and is excellent against wind and noise. And it turns out to be true.

From our testing, even under loud background noise, the noise reception has been lowered to a reasonable level. The voice clarity is also top-notch. The performance is really impressive, especially when you compare it to the Galaxy Buds.

I must say I was taken aback by the sound quality of the Jabra Elite Active 65t. Usually, workout headphones are known for their Active features (comfort, fit, waterproof etc.) than their sound quality.

The bass reproduction is above average. It has the right amount of thump, doesn’t muddy the mids and has a good amount of attack. Again, this is no Shure SE846 but listening to bass-heavy song on it is a bliss.

I love the vocals on the Elite Active 65t. The voices are rich and full-bodied on Lost In Translation by Moira & Nieman.

They are slightly forward on the mids in my opinion. I can also hear some sibilance in the upper mids. 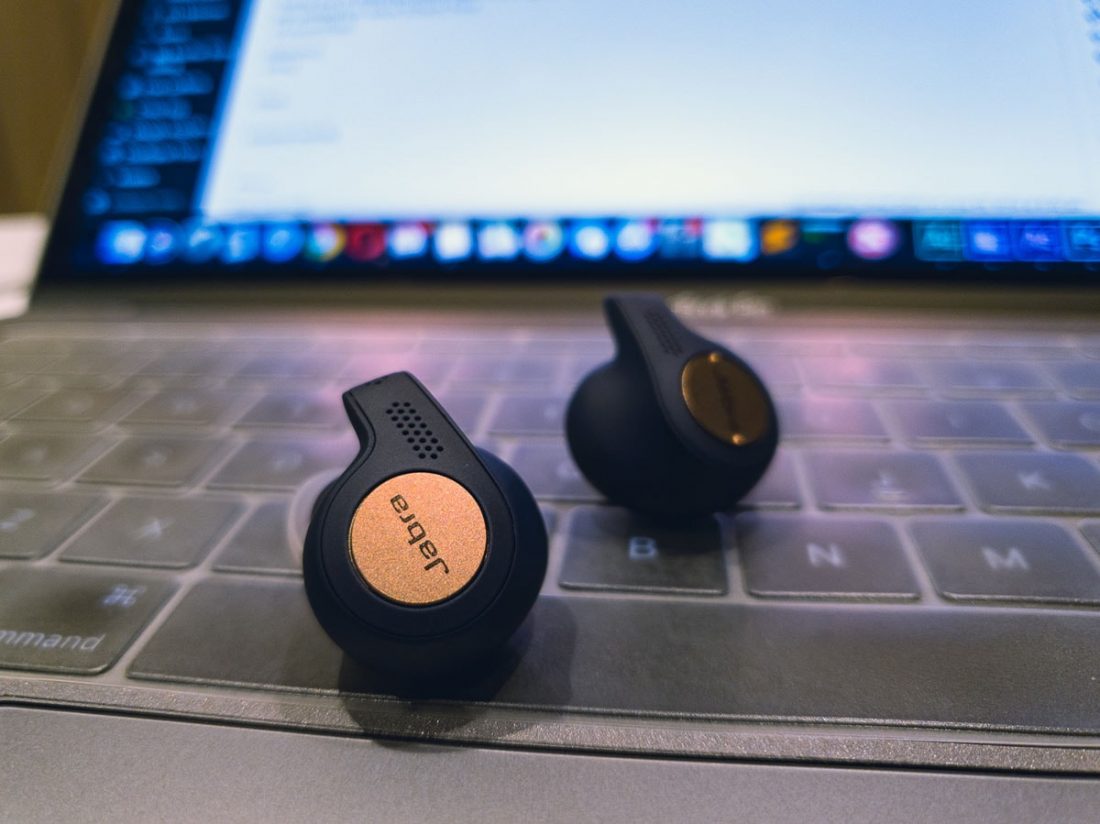 Treble is rolled-off. For violin pieces like Daniel Jang’s Rude, it is able to contain the electronic distortion well but it was kind of an overkill because it also subdued the extension.

The overall sound signature is neutral with some slight emphasis in the mids. It has great detailing to songs and sound separation is admirable on complex tracks like Light by San Holo.

The weakest part of the sound is the treble but a little EQ magic can alleviate some of its problems. 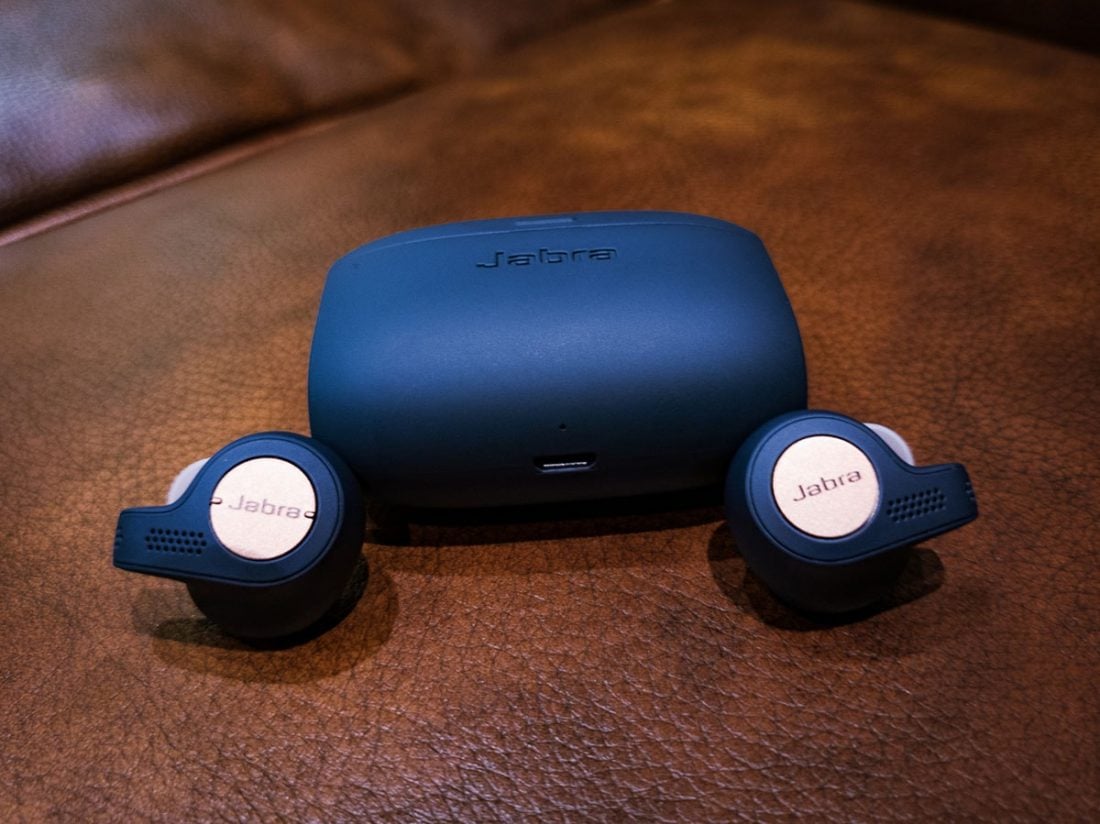 It can block out around ¾ of the surrounding sound when the earbuds are put on. I can’t say if it is the ANC at work or the passive noise isolation from the ear tips.

There was practically no noise leakage from the earbuds, even at 100% volume.

Pairing is straightforward and you can get the earbuds into pairing mode by pressing on the right earbud for ~5 seconds. You can pair up to 8 devices in total and have multi-connection to 2 devices at one time.

From our line-of-sight test, the Elite Active 65t hit an impressive ~190feet (55m) before the connection starts dropping. 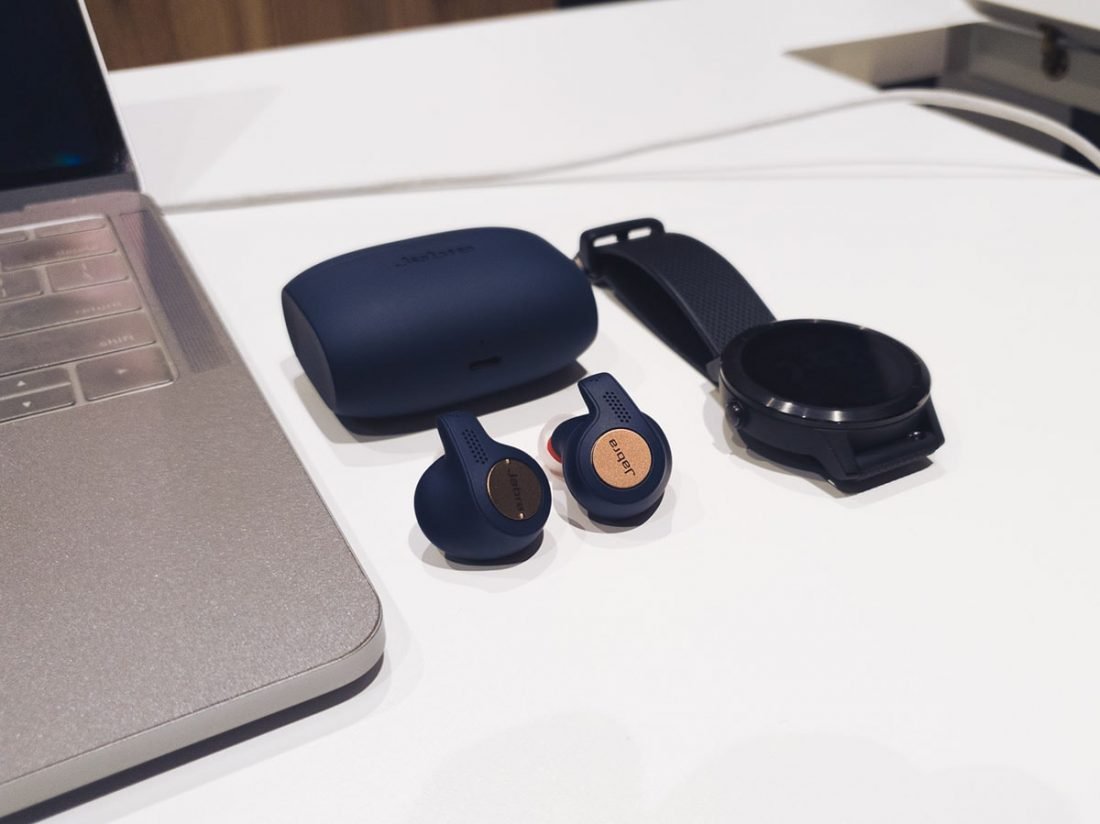 This is where the “Active” parts coming for the Elite Active 65t. The earbuds didn’t just get rated for liquid ingress protection, it also got tested for solid particle protection. At IP56, you can be sure it works just fine for most workouts, just not swimming (You need IPX8 for that).

Jabra has packed a ton of “smart” features within the earbuds. This can be all configurable with the mobile app, Jabra Sound+, that comes along with it. I will point out several ones that are impressive to me.

You get multiple points of EQ adjustments. Not just presets.

There is a “Commute” profile which is a separate EQ and HearThrough profile that you can use for any situation, not just during commute. I can imagine you will want to deactivate HearThrough mode and have “Speech” preset on while watching Netflix on the train. Simply just switch over to “Commute” mode and you are golden.

“Find my earbuds” feature is pretty cool too. Other than playing sound to locate the earbuds, you can even locate the area where your earbuds were last connected after it is back in the case.

A nice touch that they have included is that you can change the language of the voice assistant. You can choose from:

You can activate Apple’s Siri and Google Voice Assistant by pressing and holding to the right earbud until a quick beep sound is heard.