While some IEM manufacturers try to reinvent the wheel with every release, Shanling has gone back to the basics with the ME200. The result is an earphone with a supremely comfortable sound and build.

The international IEM market has been booming recently, with the diversity of new IEMs rapidly expanding – both in sound and in technology. While this is undoubtedly a good thing for the industry, it does mean that it’s harder for an IEM to get noticed. 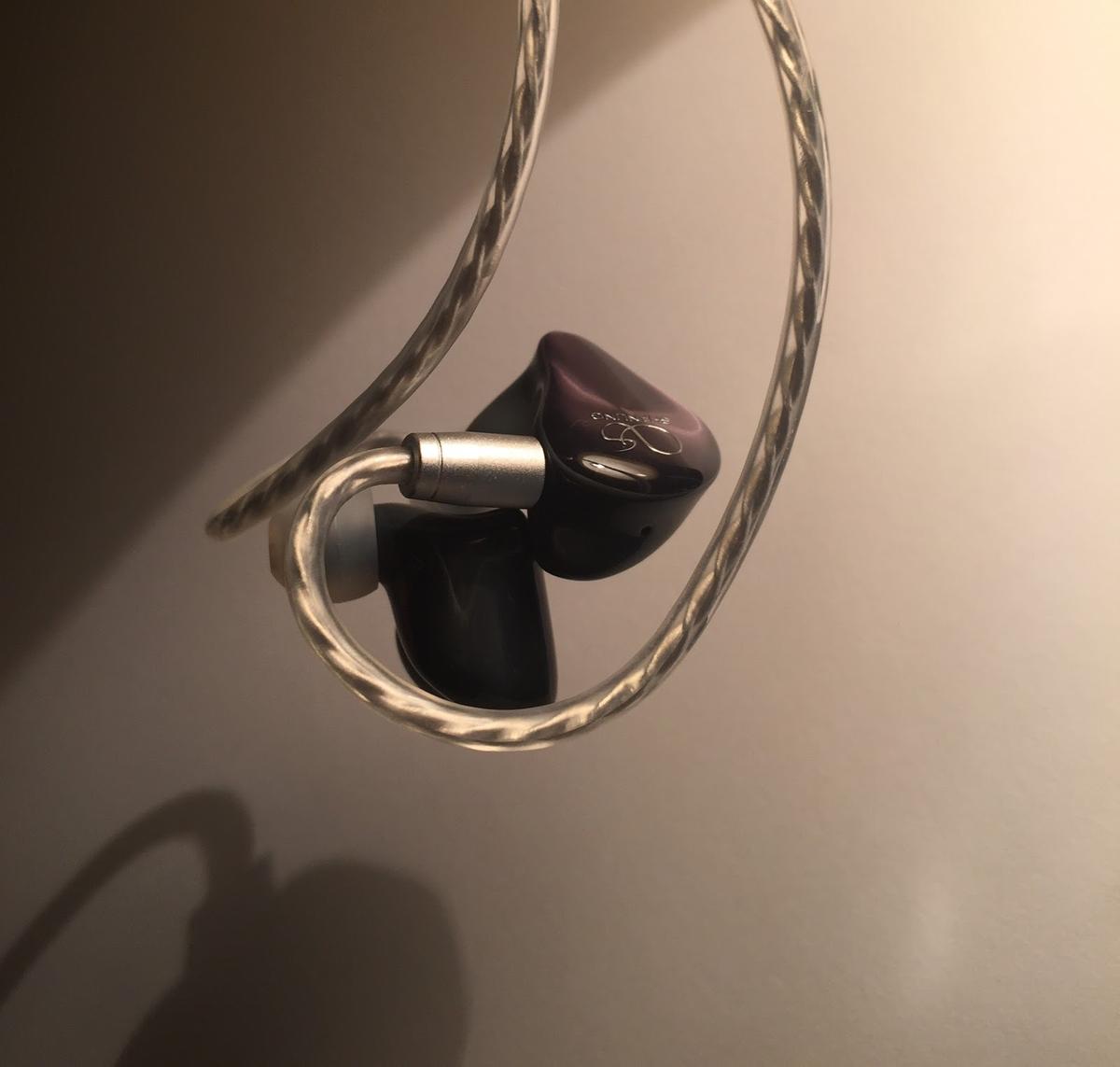 I do like the Shanling ME200. It’s an IEM that presents itself as a good choice for comfortable, non-analytical listening, and it does a great job bringing out the essence of the music.

Before becoming aware that I’d be reviewing the Shanling ME200, I had no idea they existed. Few people have reviewed them; the Head-Fi thread in which they were announced has only 9 pages of replies.

Frankly, going by the marketing alone, it’s not hard to understand why. Their tagline, “Playful look, serious performance” is hardly attention-getting. And at USD$180, they fall just outside the range of the “impulse buy.”

In a market crowded with crazy gizmos like $130 electrostatic IEMs (the Shuoer Tape, for example – a review of those coming soon from me!), it’s tough for a back-to-basics earphone like the ME200 to stand out. Let’s see how they do.

Thanks to Hifigo for providing a free review unit in exchange for an honest review.

The ME200 finds itself a middle child of sorts, alongside the ME100, ME500, and forthcoming ME700. The ME100 provides a more budget-friendly option but has some significant flaws in tuning that are seemingly remedied in the ME200. The ME500 ups the driver count, but I haven’t heard it, so I can’t speak to any sonic differences.

The ME200 comes with the fairly standard driver configuration of a single dynamic driver combined with a single Knowles balanced-armature driver. Nothing too fancy here – just a fairly typical, by-the-books IEM.

The ME200 comes with a fairly standard but reasonably well thought out ensemble of accessories – a sturdy cable, a faux-leather case, and an assortment of ear tips.

Upon opening the box, you first see the division of ear tips into various sound characteristics, allowing the user to experiment with different variations on the stock tuning. Available are “balanced,” “vocal,” “bass,” and another memory foam option. The vocal ear tips were particularly exciting to me, being a fan of vocal-forward headphones, but they seemed to thin out the instruments a bit much. Regardless, all the sound impressions in this review will be based on using the balanced ear tips.

The box is a bit large and blocky, and I wish they had gone with an option that made it a bit easier to slip the IEMs in my pocket. I sort of see the faux-leather box as an unnecessary overture to the idea of “luxury,” frankly. Some may be pleased by Shanling’s attempt to give one the luxury feel at an affordable price, but when it comes to negatively affected ergonomics, I can’t wholeheartedly appreciate it.

The cable feels high quality with a clear sleeve – it doesn’t feel like it can be damaged easily, and it feels sturdy, yet flexible.

Overall, the presentation of the ME200 is very pleasing indeed, and the packaging feels well thought out. Compared with some of the other earphones I’ve reviewed recently, it was pretty average, but it’s presented tastefully.

According to their tagline, Shanling’s goal with the ME200 was to design an IEM with a ‘playful look.’ I’m not sure I would consider the ME200 playful looking, They seem rather elegant, with a front plate that conforms to the shape of the ear and an ergonomic shell behind it.

It seems that the faceplate’s material is of better quality than the rest of the earphone. Mine came in gray – though it’s also available in red, purple, and dark and light blue. The transition from a creamy dark grey material to plain gray plastic for the rest struck me as a bit jarring.

The ME200 has an attractive design, and the faceplate is the only part visible to the outside world – it’ll look nice sitting in your ear.

What the ME200 excels in is comfort – they fit well, they never feel like they’re going to fall out, and they don’t tire my ear out like other IEMs on the market tend to do. I have relatively small ears and have a tendency to get fatigued quickly wearing IEMs, but the ME200 actually gets more comfortable as it sits in my ear. Although, as with all IEMs, my sensitive ears get fatigued after several hours.

The isolation factor, on the other hand, is somewhat unimpressive – average or slightly below. Using the ME200 on my daily subway commute, I was still a bit disturbed by train noise. It was enough distraction to take away a sense of true immersion.

Upon first listening to the ME200, I was immediately impressed by a tonal balanced that sounded warm, pleasant, and quite natural.

Based on tuning alone, I understand why the ME200 merits the $180 price tag – it triumphs over a number of my over-ear headphones.

Unfortunately, the ME200’s masterful tuning is significantly compromised by resolution problems. It’s not the least resolving IEM in the world, but it falls short of where I’d like it to be if I were going to spend $180 on it.

The ME200’s bass is superior in quantity, but only average in quality for a dynamic driver. It’s well-extended, but it has a wide boost in the midbass that not every listener will like. It’s not the tightest bass, either, with just a little bit of bloom.

Still, I think the bass possesses the slam necessary to handle most electronic dance music (EDM), and integrates well with the overall warm and natural character of the ME200.

For me, the tuning of the mids is one of the most important aspects of any headphone or IEM. I don’t like to equalize my headphones just because it’s difficult to standardize between various sources, so a well-tuned headphone is valuable to me.

In the ME200’s case, I was immediately impressed by the tuning of the mids – it had a natural, warm character that was immediately quite pleasing. In fact, as I initially flipped through my music library, I struggled to find any track that sounded bad.

It’s a topic of debate whether or not “musicality” is a relevant concept in audio, but I believe the ME200 to be quite musical. Perhaps not everyone would agree with me, and it all comes down to personal taste, but the ME200 had an outstanding ability to render tracks with their musicality intact – or so it felt, at least.

To be clear, the ME200 is not tuned in a manner that emphasizes clarity or detail. There is a slight forwardness to the upper mids, around 3-4kHz, which is pretty standard, and it rarely ventures into shrillnes. In fact, the sound is generally pretty laid-back, with a lot of the lower-level details falling into the background.

Still, the tuning of the ME200’s mids do suggest that it’s a capable all-rounder, and it’s pleasant to me.

The treble falls in line nicely with the rest of the ME200’s sound signature. It’s expertly tuned, with no annoying peaks or dips – pleasant enough, despite some roll-off in the top octave.

However, there is some noticeable graining, especially in the lower treble. Frankly, the sound is not quite as refined as I’d like for the price. While the ME200 is rarely going to throw anything truly displeasing at you, it will never astound you with its detail-rendering ability, unless you’re coming from significantly lower-end headphones.

In summary, when it comes to treble, the Shanling ME200 fails either to annoy or to impress. In my own opinion, its treble is a strike against it.

Shanling could be doing better here, and for $180, I would expect better resolution.

Soundstage and other details

I was actually relatively impressed by the ME200’s staging abilities. Although not terribly wide, it balances width and depth quite well, and although imaging isn’t the most precise, it all comes together to sound natural and inviting.

However, because of its lack of resolving power, the ME200 does have a greater tendency to have congestion within the stage. During busy passages, sounds become blurrier and more indistinct, losing some of their spatial precision.

The ME200 performs well dynamically – packing enough of a punch to satisfy listeners of many different genres of music.

It is also worth mentioning that the ME200 is pretty easy to drive and runs efficiently even at a low volume level off my iPhone 6.

I do like the Shanling ME200. It’s an IEM that presents itself as a good choice for comfortable, non-analytical listening, and it does a great job bringing out the essence of the music. But what the ME200 offers is somewhat overshadowed by the fact that the resolution simply isn’t where I think it should be.

For those looking for an IEM that oozes detail like the slightly less expensive Shuoer Tape or the Etymotic ER2 or ER3 lines, forget about it. The ME200 won’t please those looking for great technical performance.

For those looking for a nice, relaxed pair of IEMs with some tuning options via the additional included ear tips and good ergonomics and comfort, the ME200 might be the IEM for you. It’s a good-looking, comfortable product that is pleasing to look at and listen to.

Readers can purchase the Shanling ME200 from Hifigo.