Nowadays, it seems trendy to buy products via crowdfunding platforms. And, this is especially true for headphones. Headphones makers, who have an ambitious product but inadequate funds, reach out to such platform, like Kickstarter and Indiegogo, to seek after early adopters. They pitch their idea to potential buyers with a prototype, a 3D model or even with just a slick presentation deck.

Once the pooled sum crosses a threshold, the makers get access to the money. They then begin manufacturing the promised headphones.

Due to the popularity of crowdfunding, more established companies have caught onto the hype. They use it as a way to pre-sell their products, apart from the traditional sales channels. Armed with a higher budget, they are able to carve out a better crowdfunding campaign.

This casts more pressure on smaller makers who are already tight on cash. Hence, they are often pushed to make desperate attempts to get attention. They might underestimate the amount of funding needed for the production. Or worse, overpromise on the features.

Such a potent mix of actions often leads to spectacular crash and burn. Look at the KANOA campaign. It is a wireless earbud that boasts ambitious specifications but ultimately failed on the delivery.

On the other spectrum of headphone campaign, we have products like the JAAP. The campaign was a success and the product was delivered on time.

At less than $100, they promised to deliver a wireless earphones with great battery life and fit. 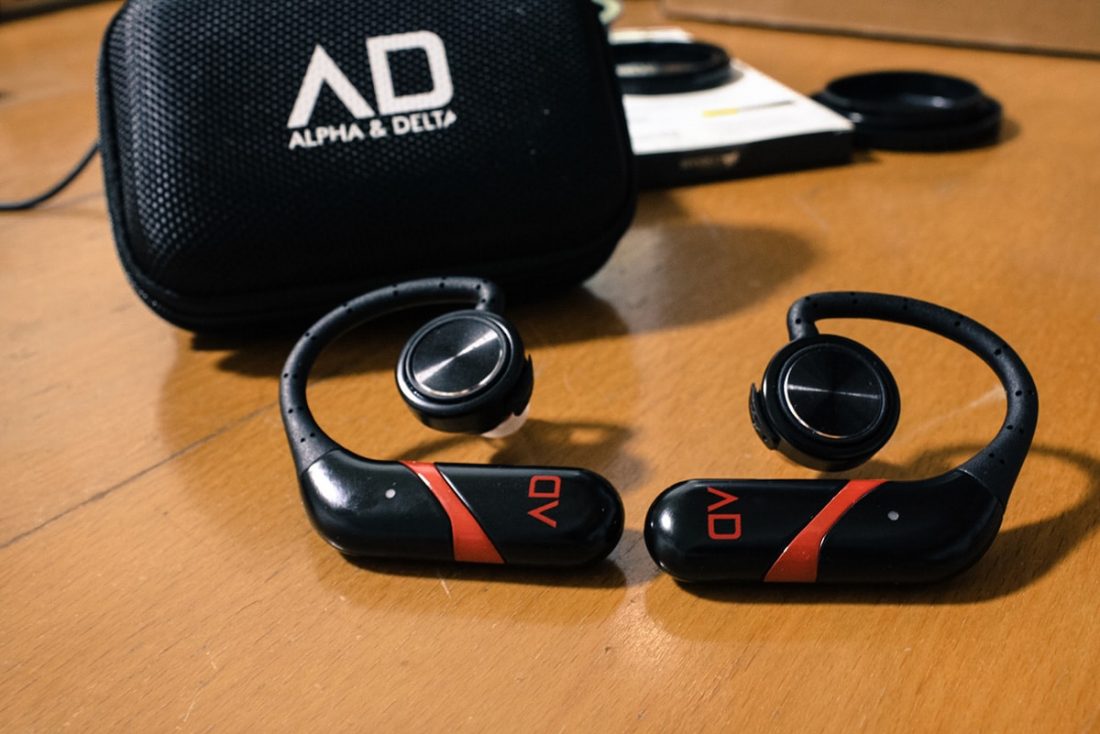 Alpha & Delta is a house brand under Lend Me UR ears. They launched the JAAP with a Kickstarter campaign and managed to got it funded successfully with $41,935 and 502 backers.

JAAP is a wireless earphones that can be worn for sports activities. As mentioned above, it promises to tackle two weak points of wireless earphones – poor battery life and poor fit. They have also priced it attractively at less than $100. On top of that, they threw in a Alpha & Delta D2 (worth $25) for free.

So does JAAP live up to its expectation or is it just another overhyped byproduct from the crowdfunding space?

An accessory worth noting is the portable charger. Most wireless earbuds solutions, like Airpods and Earin, use the carrying case as a charger. This means the earbuds cannot be used while it is charging.

The charger design for JAAP is different. It has two USB Type B connectors which you can charge both earphones at the same time. This does not hinder the usage of the JAAP while it is charging.

The lightweight charger can carry up to 8 hours of battery life. It is easily stored and carried in the hard-case cover provided.

The JAAP’s body is made from mainly plastic and is quite light weight. At the ends of the earphones, you will find the battery stored in extended pod-like shape. There is a button on each side of the drivers that allows wearers to have some basic controls – playbacks, picking up of phone calls etc.

Putting on the JAAP for the first time feels slightly weird because I can feel the battery lying on the back of my ears. However, the feeling fades away after some time.

The arch of the earphones is not as flexible as the one on D2 or the Brainwavs B200. Hence, the fit wasn’t as great and the comfort level was less than impressive.

Since I had no time to try it out for any dynamic sports, I tried some static exercises with the JAAP on. The over-the-ear configuration kept the earphones on well. I feel confident enough to go for a run in it.

On each earphone and also the portable charger, there is a detachable port cover that protects the port from dust and grime. The cover has a rubber extension that connects the cover to the device. This prevents you from misplacing the port cover.

But alas, the intention was good but the implementation was horrible.

The problem lies with the rubber extension. It is so flimsy, a quick tug will easily break it. And this was what happened with the cover on the portable charger.

Thereafter, I was really careful with the ones on the earphone. But I know the same fate will come to the rest of the port covers sooner or later.

The JAAP uses Bluetooth 4.2 for connection. The pairing with devices is smooth and easy. A long button press will put the earphones in pairing mode. A light indicator will flash blue and red interchangeably.

In general, the music plays fine with no drop off issues. But whenever I tried to change tracks or adjust the playback, there is this slight pause in the music. This pause was jarring at first because I thought the connection has dropped off. My guess is that the earphones are most probably just slow in reacting to the controls.

The main culprit should be the software. Hopefully, Alpha and Delta will release a firmware patch that can fix it.

Wireless earphones usually last around 3 – 4 hours. To maximise wearability, the earphones have to deal with smaller battery size.

With the over-the-ear design, the JAAP manage to integrate a bigger battery gracefully. This allows it to have 6 hours of playback time. Together with the portable charger, it can have up to 14 hours of playback. 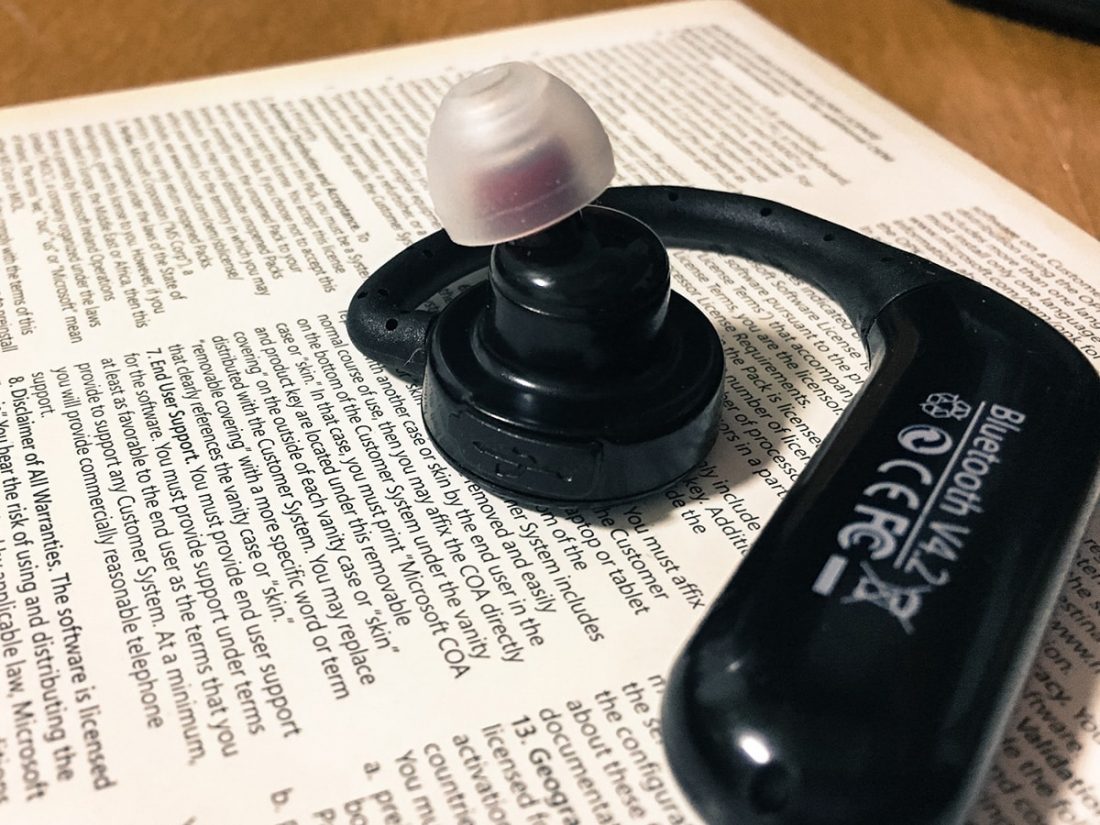 The makers did make good on their promise of a longer battery life.

The soundstage is on the narrow side. The mid bass has decent punch but isn’t too clean. The lower bass surprised me with its sweet reproduction of the purring sound of the cello.

I found the lower mids to lack details and is muddied by the bass at times. On the other end of the mid range, female vocals sounded really rich and intimate.

The JAAP has decent treble performance. It is not overly bright and controls the highs generally well. But I could hear it losing some grip when it comes to electronic violin distortion, with the music sounded slightly harsh.

The earphones’ presentation is slightly on the heavy side with its emphasized bass response.

Overall, I felt that JAAP did not disappoint me but neither did it impress me. The battery module design is thoughtful and will surely bring convenience to the wearer.

The earphones has flashes of promises but the makers also show its inexperience side with the flimsy port cover design and the laggy connectivity issue.

At less than $100, the JAAP is a steal for a wireless sports earphone, when their competitors are selling for more than twice the price.

Find “Alpha & Delta JAAP” on Amazon
What We Like
What We Don't Like
Filed Under:
Alpha & Delta
D2
JAAP
over-the-ear
sub-100
wireless