Thank you, ShenzhenAudio, for providing the Moondrop Void for review purposes.

Getting out of your comfort zone to expand your horizon is easier said than done. Such an endeavor is met with hardships, failures, and oftentimes – ridicule. Companies take serious risks when trying to do something new.

Moondrop is one of the most established IEM manufacturers around. So when Moondrop announced its upcoming range of headphones across various price points, it was met with commendation and skepticism.

Everyone had one question: will these headphones be any better than the already established options on the market? 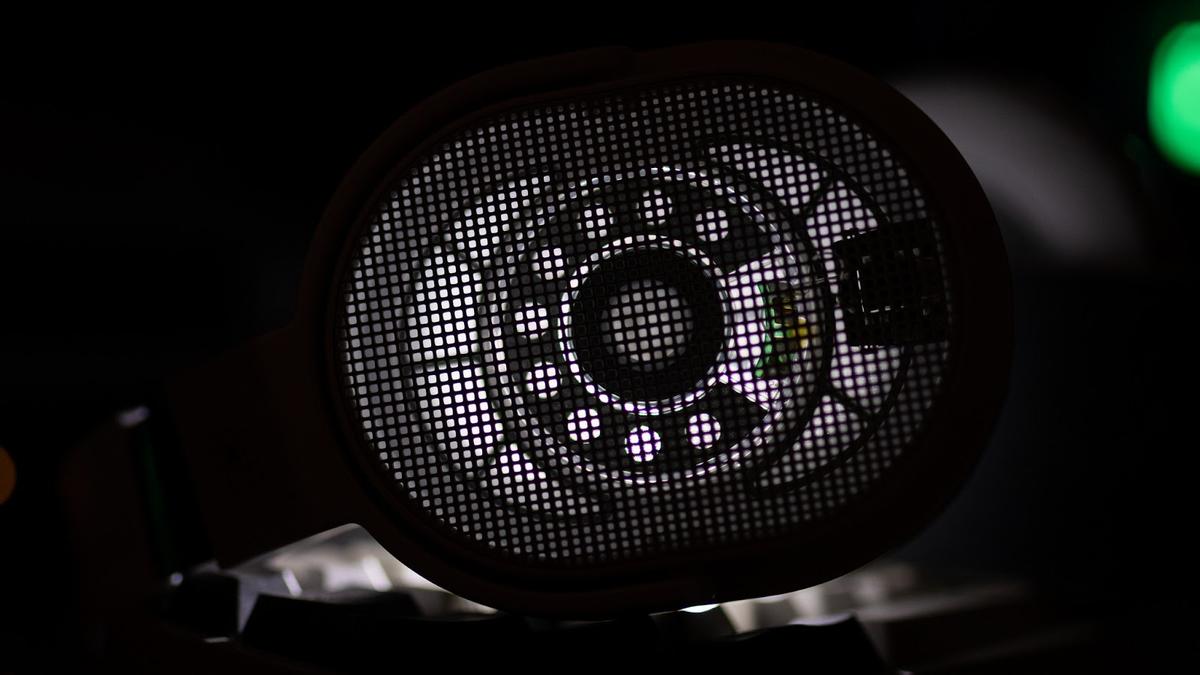 Moondrop has branched out from IEMs into full-sized headphones with the Void release. The tuning is not bad; in fact, the Void are one of the few warmly tuned, full-sized, open-backs under USD$200. Moondrop deserves some kudos for trying, but in many ways, the Void are failures. No sugar-coating that. The build quality is worse than certain headphones at half the Void’s price tag, and the overall technical performance is very disappointing. Unfortunately, the inoffensive tuning doesn’t excuse the myriad of other issues that cropped up along the way. In short: aVoid

The Void are Moondrop’s first full-sized headphones and are priced the lowest of the three planned models. Concerningly, the Void were already released a couple of months back but were halted due to some feedback regarding critical build quality issues.

Moondrop claims to have fixed those build quality concerns and that the revised Void, which we are looking at today, are now ready for primetime.

Or are they? Let’s find out.

The Void come in a plain cardboard box, with nothing much to write home about apart from the anime art on top.

The stock cable has a black sheathing that’s quite flexible. I do not see any need to replace the stock cable unless you really want to use balanced outputs.

There is also an aftermarket cable option available from Moondrop: the Line V – priced at about 20% of the headphone’s cost. It’s an 8-core silver-plated copper (SPC) cable with a 4.4mm termination. I find the sheathing stiffer than the stock cable, and the sonic benefits on the Void, at least, are negligible.

The Moondrop Void have a fully plastic build with a metal headband that feels cheaper than some headphones at ¼ of their price.

I will get it right out of the way – the Moondrop Void fail spectacularly on the build quality front. If a solid build and long-term durability are major concerns – the Void are sure to disappoint.

From afar, the Void do not look that objectionable. Sure, the white finish might not suit everyone’s taste, but the clean lines and utilitarian design seem apt for a product of their price class.

Sadly, once you pick them up, disappointment creeps in.

The original version rattled and creaked every time someone looked at them wrong. Moondrop spent two months refining them and fixing some critical build issues. So far, I have found only three changes from the OG version of the Void to this current version:

Considering all the above-mentioned changes, the Moondrop Void still feels cheap and poorly built. This is somewhat ironic given Moondrop has clearly been “inspired” by the design of the Sennheiser HD650/600 headphones – some of the most robust headphone gear out there.

This is where the significant differences end. The yoke design is very similar, with the earcups striking the top of the hinge when tilted backward.

Sennheiser does it better, though, as they dampen the movement of the earcups before hitting the frame. Void’s earcups hit the frame directly with no friction in between, resulting in a loud clack.

The swivel mechanism is also similar, as the metal band is affixed to the hinge with covers on both sides and rotates across a plastic bit. The Sennheiser HD650 meanwhile has no cover on the inner side, so it has smoother movement.

Lastly, the headband is practically the same. Two different padded areas on top to reduce hot spots, the metal band itself being a two-piece design, and the same method of removing the padded area from the headband (pop open the plastic bit and the ends of the headband).

In the end, the Moondrop Void feels like a cheap imitation of the legendary Sennheiser cans.

In a sense, I get Moondrop’s thought process – why reinvent the wheel? Sadly, the execution leaves too much to be desired.

Getting back to the other parts of the headphones, the earpads are Moondrop’s own design. They use a heavily vented surround to tune the sound. As a result, I am not sure if many third-party ear-pads will fit the Void without significantly changing the sound, for better or worse.

The foam padding inside the earpads also feels mushy and cheap. No saving grace here for Moondrop, none at all.

On a positive note, the lightweight design and low clamp pressure result in a very comfortable wear. The Void are suitable for long listening sessions and do not introduce any hotspots around the head.

Isolation is almost non-existent due to the open-back design.

The Moondrop Void use 50mm metal-deposited PET diaphragm drivers with a corrugated surround.

The drivers are nothing special in terms of diaphragm material – the metal coating might be Aluminum or Titanium, Moondrop doesn’t state their exact nature. Moreover, only the dome is metal plated, with the surround being regular PET.

I do not see any specific damping material within the driver chassis. The chassis is surprisingly hollow, with only a thin film-like material covering the top and bottom of the driver assembly. The earpads are very easy to remove, however, with just a tug from one of the corners being enough.

The Moondrop Void have warm-neutral tuning with a noticeable emphasis towards mid-bass and darkened treble.

The mid-bass elevation is not too apparent from the graphs. What’s noticeable, though, is the de-emphasized presence region that gives rise to certain characteristics of the Void’s tuning.

The bass on the Void lack rumble at the extreme end and tends to roll-off past 70Hz quite dramatically. Moondrop tries to counter-balance this by adding some emphasis between 100-300Hz.

Unfortunately, said emphasis further highlights the lack of texture in the mid-bass. Moreover, the bass is slow and somewhat nebulous, as can be heard on American Football’s Where Are We Now.

In fast-paced bass sections, notes tend to blur into each other. This also makes the Void a poor performer when it comes to EDM or such sub-bass heavy tracks with lots of synthesized low notes.

This works in cases where the tracks are poorly recorded since the Void manage to suppress compression artifacts and other anomalies quite well.

Unfortunately, if it’s resolution you are after, the Void will disappoint.

The good thing about the treble is that it’s inoffensive and has the correct timbre. Cymbal hits sound natural without any hint of metallic sheen or sibilance.

Due to the aforementioned dip in lower treble, the hi-hats and cymbals are all put in the background as bass and vocals take the center stage. If you are after finding nuances in the mix, especially in the highs, the Void won’t offer that.

Soundstage is closed-in and lacks any sense of depth. This is an extremely poor showing for a pair of open-backs which are usually known for their open soundstage or at least the illusion of one.

To add insult to injury, the imaging is completely flat, with no sense of ordinal orientation.

Macrodynamic punch is severely lacking due to the lack of sub-bass rumble and overall treble extension. Microdynamics (gradual shifts in volume) are also barely noticeable, if at all.

Speed, as already mentioned, is on the slow side. This results in fast-paced tracks sounding somewhat lethargic and lacking engagement.

The Hifiman HE400se are the cheapest planar magnetic headphones in Hifiman’s lineup. Usually, Hifiman is known for sketchy build quality, but when compared to the Void, the HE400se are far superior both in terms of materials and feel in hand.

The Void do come with a better stock cable, but even with a basic third-party cable for the HE400se, you are looking at a substantially lower price point.

As for the sound, I will be comparing the Void with the grille-modded HE400se due to two reasons:

Just to reiterate, the grille-mod brings about more emphasis in the sub-bass, better extension in that region, along with smoother highs. The soundstage is also expanded laterally at the cost of slight imaging precision.

The Void have a more substantial mid-bass punch than the modded HE400se, but the Hifiman have faster and slightly more textured bass (though neither are that good in terms of bass texture).

As for the mids, the Void are warmer while the Hifiman are leaner due to a dip near 1.5kHz. This tends to make male vocals sound somewhat thinner. However, female vocals sound wonderful without any shout or shrillness.

Treble has noticeable planar timbre on the HE400se, while the Void are more timbrally accurate. However, overall resolution, staging, and imaging are noticeably superior on the Hifiman cans.

In short, the Hifiman HE400se absolutely outclass the Moondrop Void for about half the price.

Unless you really abhor the thinness in the mids on the Hifiman (which applies to even far higher-end Hifiman models, by the by), the Void will be a pass.

Sennheiser’s HD 560S manage to bring some meaningful improvement over their older brethren and are priced similarly to the Moondrop Void.

Both are plastic in terms of build, but the HD 560S feel better put together. The overall fit and finish are also better on the Sennheisers.

As for the sound quality, HD 560S go for a slightly bright-tilted neutrality, thanks to some emphasis between 5-6kHz. This peak tends to make them somewhat fatiguing when listening to poorly mastered tracks, but in most recordings, things are fine.

The 560S also have a deeper, wider stage (though again – not that wide or deep in the grander scheme of things). Imaging is more precise on the Senns, and general resolution and speed are superior.

The Void have a more easygoing signature and will not cause fatigue in tracks with poor mastering, but that’s about it. In all other aspects, the Sennheiser headphones reign supreme.

Getting out of your comfort zone is never easy and warrants some applause. Moondrop has branched out from IEMs into full-sized headphones with the Void release. The tuning is not bad; in fact, the Void are one of the few warmly tuned, full-sized, open-backs under USD$200.

Moondrop deserves some kudos for trying, but in many ways, the Void are failures. No sugar-coating that.

The build quality is worse than certain headphones at half the Void’s price tag, and the overall technical performance is very disappointing. Unfortunately, the inoffensive tuning doesn’t excuse the myriad of other issues that cropped up along the way.

In short: aVoid (for the lack of a better pun).