Sennheiser’s HD 560S bridges the gap between HD 500 and HD 6X0 series, but there are enough differences to sway opinions either way.

Thank you Sennheiser Germany for providing the HD 560S at a discount for review purposes.

Sennheiser’s 500-series of headphones have always been overshadowed by their immensely popular 600-series brethren. The HD 598 and later the HD 599 have both been above average in their performance, but never quite gained the same cult following. 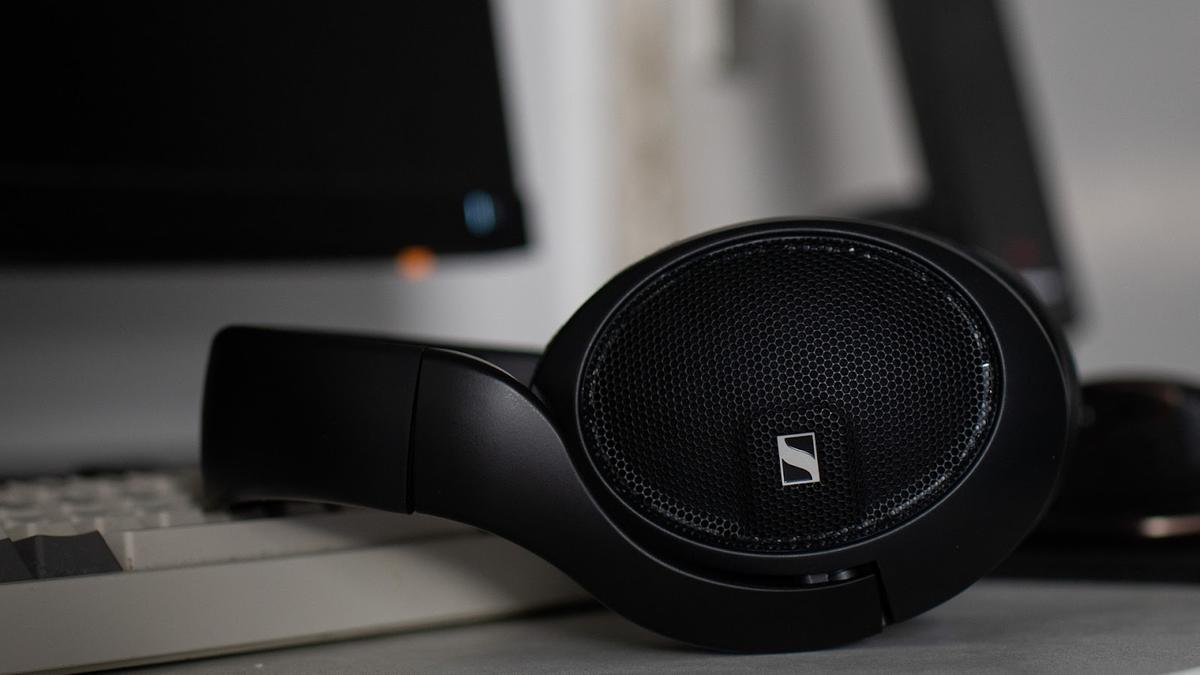 Sennheiser made a near perfect pair of studio monitors with the HD 560S. Flat bass response? Check. Neutral and uncolored midrange? Check. Extended treble with a bit of lower-treble emphasis to highlight mastering flaws? Check. Fairly easy to drive? Check. Good soundstage and imaging? Check, and check. The only real issue is that the retail price of the HD 560S is too close to the venerable HD 650 (especially the HD 6XX version), and it’s hard to ignore such a giant looming shadow.

The HD 560S aim to change all that with a reference tuning aimed towards studio use and those who seek neutrality. Let’s see if they managed to hit that lofty goal, while being different enough to stand out from the much lauded 600-series.

It’s a plain cardboard box and nothing much to write home about.

The HD 560S have fully plastic build. In a good way.

Fret not though, the plastic is high quality and robust enough to take daily abuse. The headband adjustment clicks, so you know which level you are at.

There is only one cable entry located on the left ear cup. The connector on the headphone side is 3.5mm but has a proprietary “twist and lock” mechanism. This makes sourcing aftermarket cables challenging.

The yokes have limited sidewise movement. However, the ear cups rotate front-to-back by about 15 degrees, so I think most people won’t have issues getting a good seal. There is also a rubber nub that stops the cup from hitting the yoke.

The ear pads have a velour-like material. They did not feel scratchy to me but your mileage may vary.

Clamp force is alright on the sides but pressure can build-up on top of the head. I wish the headband had softer padding. The clamp pressure reportedly becomes weaker over time, but I advise against trying to bend the headband by force since it is plastic and not as malleable as a metal headband. Comfort overall is above average but falls behind the likes of the Philips SHP9600.

Isolation is almost non-existent due to the open-back design.

The drivers are mounted at an angle from the ear, allowing better pinna interaction. The damping scheme has also been improved, resulting in better driver control.

The HD 560S are neutrally-tuned without any coloration in the mids or bass.

There is some lower-treble emphasis which can veer towards bright at times.

The HD 560S deliver well-extended bass for an open-back even though sub frequencies are rolled-off and lack rumble. Certain sub-bass notes, or the dense understrokes of grand piano, etc., are often missing or lacking in body.

The mid-bass could do with a bit more body to compensate. There is also some loss of texture in the mid-bass, with bass notes of different instruments often sounding the same. Bass decay is somewhat slow and attack is blunted. Given their open-back nature, these sorts of issues (e.g. lack of rumble) are expected at this price.

The upper-mids can sound strident at times. Part of this is due to the linear bass response that doesn’t mask the upper-mid shout at all. Lower-mids are excellently tuned, however. The lack of coloration in the midrange makes the HD 560S especially suitable for studio monitoring and mixing.

Fortunately the upper-treble is well-extended and Sennheiser did not try to exaggerate the air frequencies. Instead, they put some emphasis near 15KHz and kept the rest of it well under control. Cymbals and triangles resonate naturally as a result, with precise attack and decay.

Overall detail and resolution is good but the HD 560S are not giant-killers in these regards.

Soundstage is average for an open-back and these don’t sound as claustrophobic as the 600-series headphones. Imaging is precise with accurate instrument placement. One negative is the center-imaging which suffers in busy tracks.

Macrodynamic punch is lacking due to the lack of sub-bass rumble and mid-bass body. Microdynamics (gradual shifts in volume) are above average but not class leading. Separation is also above average but some of the budget planars (e.g. the Hifiman HE-400se) are better in this aspect.

Sennheiser’s HD 650 are legendary in their own right and are massively popular even 20 years after launch. The HD 560S manage to bring some meaningful improvement over their older brethren.

The most noticeable improvement is in staging and imaging, with the HD 560S outperforming the HD 650 in both aspects. Bass extension is also better on the HD 560S even though the HD 650 sound bassier due to their mid-bass emphasis.

Sadly, this is where the HD 560S end their dominance. The HD 650 are noticeably more resolving and transparent in the midrange with better vocal articulation. The treble is also smoother yet just-as-detailed on the HD 650. Despite the mid-bass emphasis, bass on the HD 650 never bleeds into the mids and the mid-bass texture is superior.

Separation is also a marked improvement on the 600 series headphones. Given that the HD 6XX (Drop version of the HD 650) are just USD $40 extra over the HD 560S, I am reluctant to recommend the HD 560S over the older model.

One caveat of the 600 series headphones are their amp requirements, though nowadays you can get a capable-enough amp for the HD 650s without denting your wallet too much.

The only thing that Sennheiser kind of botched is the pricing of this model. The retail price of the HD 560S is too close to the venerable HD 650 (especially the HD 6XX version), and it’s hard to ignore such a giant looming shadow. Directly comparing the two justifies the jump in price in many ways.

The Sennheiser HD 560S are good headphones. It’s just a that the HD 650 are often better. To their credit, the HD 560S strike a happy “medium” between the HD 600 and HD 650 sound signature. Those who find the HD 600 lacking in bass and the HD 650 having too much bass will probably find the HD 560S more adhering to their preferences.

There is a place for the HD 560S after all, even though they are unlikely to be as popular as the eternal classics.