You cannot talk about budget wired In-Ear Monitors (IEM) without mentioning the KZ ATE HiFi earphones. KZ (Knowledge Zenith) is the company behind the strings of popular budget audiophiles IEMs available on the market. 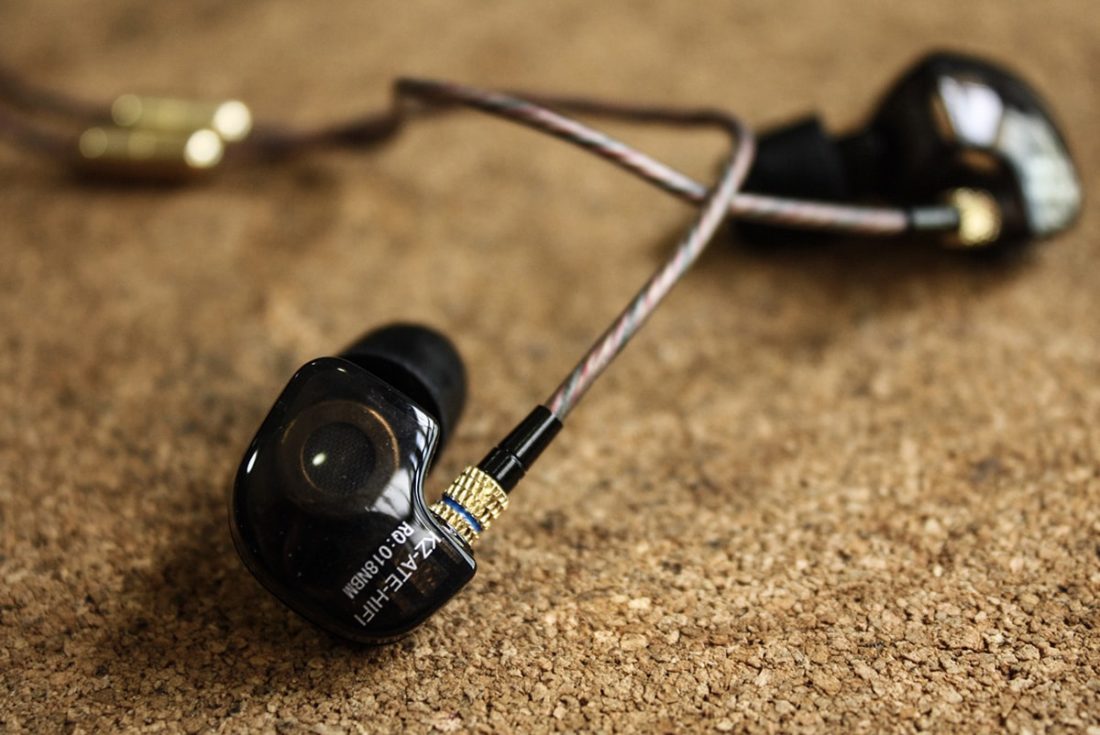 There are two models of KZ ATE that you can buy – KZ ATE and KZ ATE S. The “S” stands for sports. The sports version had the metallic elements replaced with plastic parts and it also has an over-the-ear configuration. It is less attractive than the original version but those modified features such as the ear hooks are crucial to function as a sports IEM.

Too cheap to be true?

Costing less than $15, you get an IEM that delivers the sound quality that you get from IEMS that are way more expensive.

But with such a budget price tag, there got to be some downsides to it right?

The KZ ATE has a slightly chunky plastic driver unit casing. It has gold accent for aesthetics and you can find it near the driver unit, along the cable and also the jack. According to the KZ, the driver unit is made out of high-quality copper. Apparently, copper driver units can reduce sound loss and has a high sound resolution.

The cable is rubbery and often gets entangled if not stored away properly (a.k.a chuck it into the bag). You can hear microphonics when there are contacts with the rubber cable.

The strain reliefs at the crucial areas are decent. It isn’t super sturdy but you wouldn’t be dealing with frayed cables anytime soon. The IEM is terminated with a right-angled 3.5 mm jack.

When I wear the IEM, it was not uncomfortable but you definitely can feel its presence in the ear. You had to kind of stick the protruded nozzle awkwardly into your ear canal and turn it to achieve a proper seal. It’s neither difficult nor cumbersome but it could have been more intuitive.

There is a decent amount of noise isolation from the IEM. At around half of the max volume, most external noises are filtered.

I don’t know what wizardry goes into the KZ ATE but I hardly get any sound leakage out of the IEM. Note that I tested this at a volume (a quarter from the max volume) which I almost find unbearable.

With 16Ω impedance and a sensitivity of 106dB, you can easily drive the IEM up to 110 DPSL with mobile devices. You can check the math with our Headphone Power Calculator.

The KZ ATE has a decent amount of soundstage. It is not as wide as the Carbo Tenore but in Bubble by Yoshi Horikawa, I’m able to get a good amount of depth in sound imaging.

In Save the World by Swedish House Mafia, the bass response has quantity and attack but it is lacking in weight. In Unfinished Sympathy by Massive Attack, the bass also doesn’t sound as defined as what we get from the Tennmak Pro.

The sub bass reproduction in KZ ATE is surprisingly good. You can hear the sweet rumble in Intro by Yoshi Horikawa. 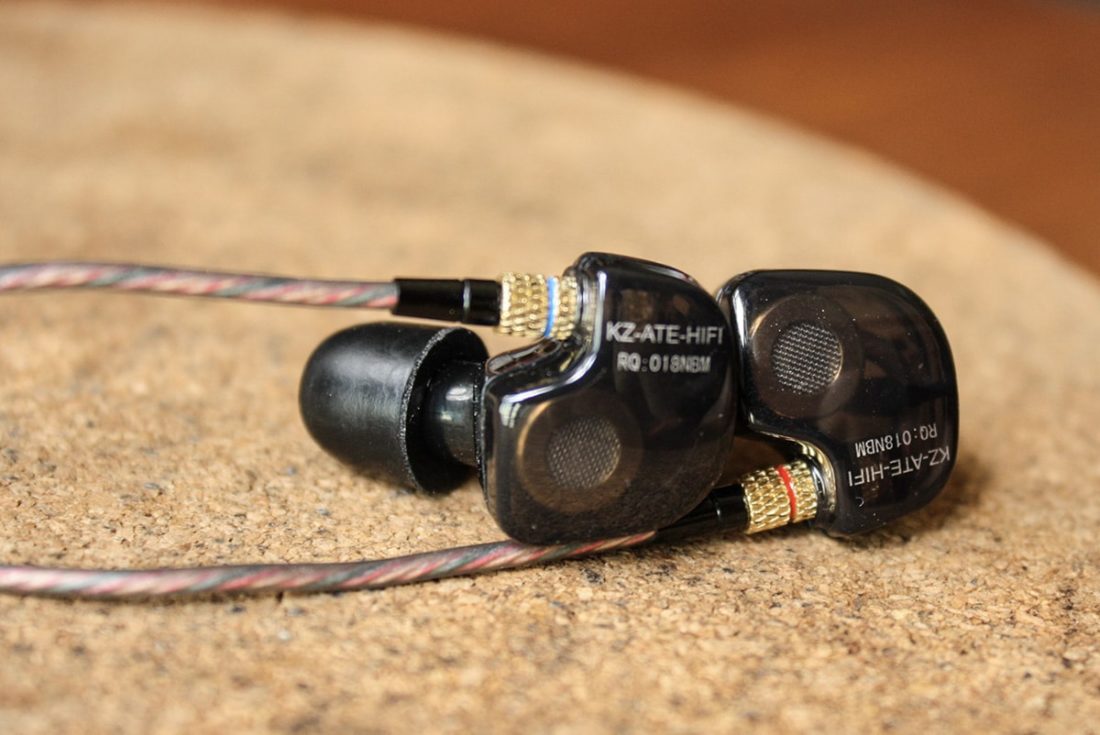 The mids is the highlight of the KZ ATE. The crispness and the depth of the mids alone make the KZ ATE worthwhile.  In Leave Me by Taska Black, the cello opening brings me chills. The quality of the mids is what you find in IEMs that are 10x – 20x more expensive.

Vocals performance on the KZ ATE is ace too.  Creep by Radiohead and Hide and Seek by Imogen Heap sounded intimate and rich. I totally enjoyed those songs on this budget IEM.

As for the treble performance, violin pieces sounded great but there are some roll-off in the upper treble. In Rude by Daniel Jang, I don’t hear that sparkle that I get from other IEMs like SoundMagic E80C.

Overall, the sound signature of the KZ ATE is suitable for someone who likes forwards mids. You get to enjoy the lush performance of the mids without being drowned out by the bass or treble. 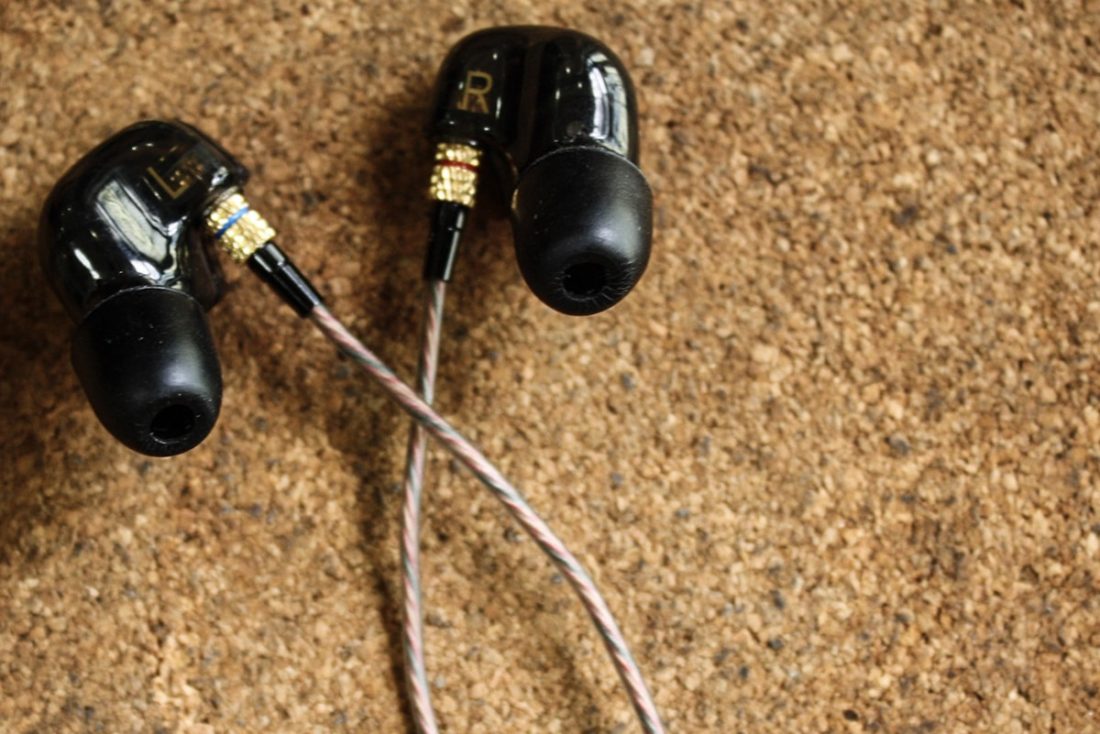 Music is not overly smooth-out and there is a good amount of details in the presentation. For songs that have complex layers like Dreams by Adventure Club, each layer has enough space to shine and are not drowned by one another.

If you are looking to upgrade your stock earbuds to an audiophile IEM while keeping to a low budget, you should start with the KZ ATE.

An IEM with great sounding mids and decently build, it is one of those worthwhile buys that you can ever find on the internet.

Admittedly, the bass could be better but I’m not complaining. For less than $15, the KZ ATE has already brought me a long way. 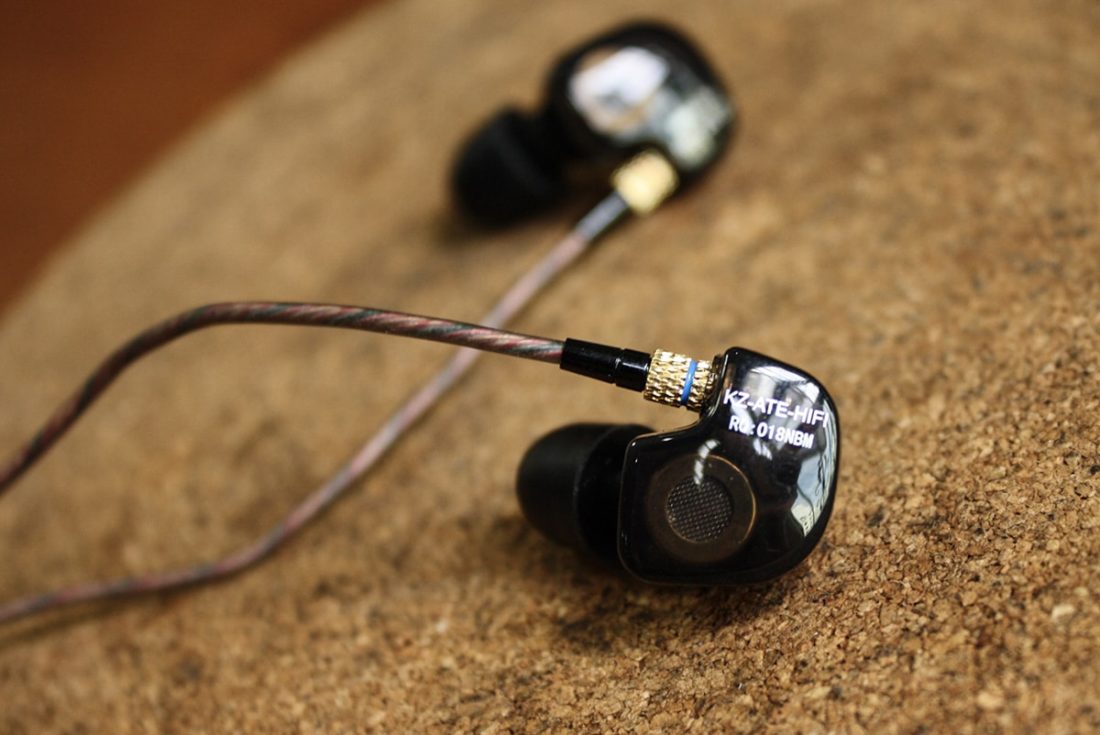