The Wan’er provide an excellent price-to-performance ratio. They are an exemplary sub-USD$20 option for beginners looking for their first IEM transducers.

Thank you, Tangzu Audio, for providing the Wan’er review unit at a discounted price.

The IEMs in question today are named after Shangguan Wan’er. Wan’er was a female prime minister who served under Wu Zetian, who rose up the ranks from her humble background as a servant to the right-hand woman of Wu Zetian, who incidentally was the first female empress of ancient China. 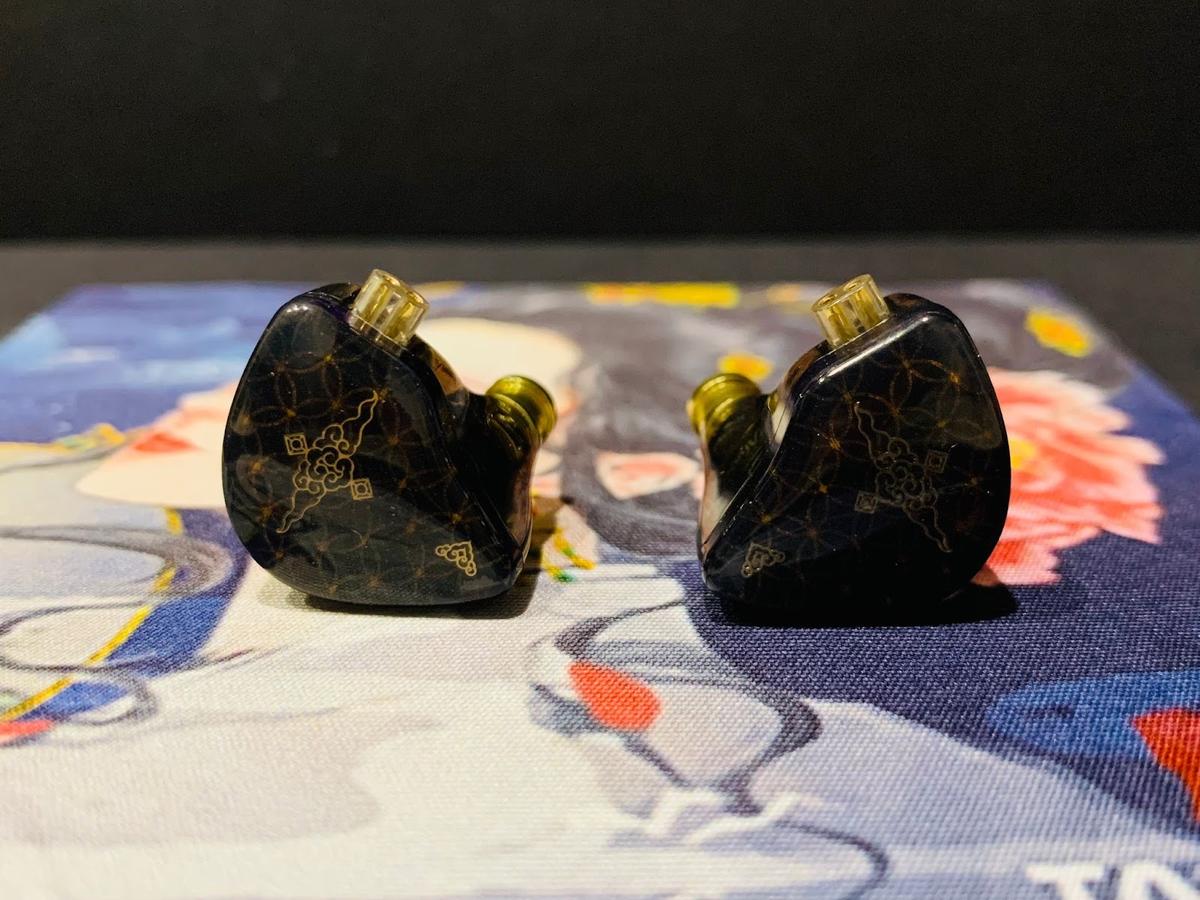 The Wan'er boast charming aesthetics, comfortable fit, generous accessories, and an agreeable tonality coupled with natural timbre. The Wan’er should be able to hold their own against some of the other ultra-budget brethren and might even be a benchmark of sorts at the sub-USD$20 market. The Wan'er gets my recommendation for those new to the hobby and looking for their first set of IEMs. However, the Wan'er are not giant killers by any means, as they are bottlenecked by technicalities. Consumers who have been around the block - and own higher-end gear - will probably have heard something better.

Wan’er was responsible for handling imperial documents and edicts, and was renowned for her poetry. As a testament to her steadfastness, she continued in her royal capacity when Wu Zetian’s son (Emperor Zhongzong) subsequently inherited the throne.

Tangzu Audio was previously known as Tforce but had to change its name due to copyright issues. Their first release was the cult-classic Yuan Li, the first part of a trilogy of IEMs. The Shimin Li were the second in the series, and these were followed by the highly-acclaimed Zetian Wu planar IEMs.

The company is also coming up with its inaugural earbud, christened the Baijuyi.

For sub-USD$20, the accessories are really generous. I’ve seen pricier IEMs with fewer goodies. Case in point: the packaging even comes with a cleaning cloth with Wan’er’s face adorning it!

While no foam tips are included, I can close an eye considering the low price the Wan’er are going for, and there are two variants of silicone tips provided. The wide-bore (white) tips increase the soundstage and boost the higher frequencies. Conversely, the narrow-bore (black) tips increase bass but compress the soundstage a tinge.

The stock 5N OFC cable is not ideal from a haptic point of view. It is thin, tangles easily, and displays microphonics. There is also no chin cinch.

However, in this day and age, when there are many ultra-budget rivals (and even pricier sets) that still do not have a detachable cable, it is a nice touch that the Wan’er have a 2-pin cable on offer.

I’m not a fan of MMCX connectors, as they tend to be less robust with frequent cable changes. Thankfully, Tangzu advertises that the Wan’er’s 2-pin socket is rated to survive 50000 cable swaps! Indeed, they should not fail (in theory) since a new hype-train will probably come in the mail before any metal fatigue is experienced!

A carrying case or pouch would have been the cherry on top of the cake, but I’m not pushing hard for these since the Wan’er are already very affordable.

I completed the following review with the wide-bore silicone ear tips and stock cable. Aftermarket accessories were not used so as not to add confounders to the sound.

The plastic housings are composed of a half-moon design. One can opt for white or black colored shells during ordering.

The shells have ‘L’ and ‘R’ lettering to delineate the left and right sides of the earpieces, respectively.

Isolation is average, but the Wan’er can nevertheless be used outdoors.

The shells are light and ergonomic, and I experienced no discomfort with long listening sessions. Tangzu says the Wan’er housing was designed based on accumulated data from many ears, and perhaps this is no hyperbole.

I did not find any driver flex on my set. However, this partially depends on ear anatomy and the type of tips used.

The housings utilize a dual cavity chamber within an acoustic cavity, within which a PET dynamic driver with an N52 magnet is the heartbeat of these IEMs.

Tangzu says they had to redo the tuning and development of the Wan’er five times just to satisfy their sound engineer’s perfect ideal for the Wan’er.

The Wan’er are very easy to drive. Amplification is optional, although these scale with juice in terms of increased dynamics and tighter bass.

The Wan’er can be described as warm neutral, with a mid-bass boost.

This tuning is well-balanced and organic, and is a good match for most music genres.

The soundstage is decently wide, though depth and height are below average. Micro-detailing, instrument separation, and clarity lose out to competitors. Imaging and layering are acceptable, though the intimate soundstage might make music congested, especially when it comes to fast or complex songs.

In terms of technicalities, the Wan’er are no tour de force, as expected of something at this price bracket.

Bass is just slightly north of neutral but not at basshead levels. It is mostly focused in the mid-bass, though a moderate rumble is heard on sub-bass heavy tracks.

The mid-bass hits with quite a good punch, though in terms of quality, it is on the slower side; there’s smearing noted in complex bass movements. Texturing is below average; unfortunately, there is mid-bass bleed, with an undefined bass heard.

The midrange is slightly recessed. The lower mids are warmed by the aforementioned mid-bass bleed, adding some heft and density to the note weight.

The upper mids are well-dosed. It is at the edge of getting vocals forwards without veering too much to shoutiness. However, this region can be fatiguing at louder volumes (Fletcher Munson curve), so the Wan’er are probably best used at low to moderate volumes.

The treble rolls off pretty early and is on the darker side. There’s little air and sparkle, so treble-heads might want to look elsewhere.

The treble is fatigue-free and smooth, with minimal sibilance, though resolution and micro-details might be dampened due to this tuning choice.

I compared the Wan’er against other single DDs around USD$20. Planars, multi-BAs, hybrids, and other driver types were left out due to the different transducers having their own pros and cons.

No budget segment royal rumble would be complete without mentioning the big Kahuna: the venerable BLON BL-03.

The BL-03 sport a Harman-like profile with a mid-bass bump – they are more V-shaped than the Wan’er. The BL-03 have a more boomy mid-bass, which is less tight with significant mid-bass bleed.

Both sets are relatively fatigue-free and smooth in the upper frequencies, though the BL-03 have a bit more air and treble extension.

Timbre is better on the BL-03. Indeed, the BL-03 are well-known for their timbral accuracy, with only a few budget contenders besting them in this area.

In technical performance, the soundstage of the BL-03 is slightly more expansive; however, micro-detailing, imaging, and instrument separation are better on the Wan’er.

Fit is the biggest issue with the BL-03, due to their very short nozzles. Most consumers struggle on this front and need to resort to aftermarket longer ear tips, or mods, to optimize the ergonomics. Essentially, this translates to added cost.

The Salnotes Zero are a neutral bright pair with a thinner note weight than the Wan’er. The Zero sound more sterile and analytical.

The Zero have less bass quantity, but the bass is cleaner and tighter. Transients, micro-details, soundstage, instrument separation, and clarity are better on the Zero. However, the Zero are harsher and more sibilant.

Timbre is slightly less natural on the Zero, and the Zero may be more uncomfortable due to perpendicular edges in the shells.

The CHU are tuned to Moondrop’s virtual diffuse sound field (VDSF) tuning philosophy (their in-house variant of the Harman curve).

The CHU come with a non-detachable cable, which may be a deal-breaker for some. The fit is also iffy, as the earpieces tend to drop out of the ears, with the fixed cables tending to yank them out.

The CHU have less bass, though like the Salnotes Zero, they have superior bass speed and texturing than the Wan’er. The CHU, however, have a more boosted upper midrange and lower treble, leading to more fatigue and acerbity.

Technicalities and resolution are better on the CHU, but they are markedly more sibilant. The CHU’s timbre sounds very nasal and unnatural compared to the more organic-sounding Wan’er.

In a nutshell, the Wan’er give an excellent value proposition for their asking price. Personally, I wouldn’t mind skipping a few Starbucks coffee drinks to acquire them.

Being an inexpensive set, the Wan’er are aptly named after their historical namesake, in tying in with her very modest upbringing as a retainer who got promoted all the way to the prime minister of the Tang Dynasty.

While they may lose out to some budget rivals in technical chops, as a whole package, the Wan’er are at least above average in most other departments.

With every week bringing a new hype-train, many budget ChiFI have their 15 minutes of fame and are then forgotten. I’ll stick my neck out and say that the Wan’er should be able to hold their own against some of the other ultra-budget brethren and might even be a benchmark of sorts at the sub-USD$20 market.

The Wan’er gets my recommendation for those new to the hobby and looking for their first set of IEMs. However, the Wan’er are not giant killers by any means, as they are bottlenecked by technicalities. Consumers who have been around the block – and own higher-end gear – will probably have heard something better.

Nevertheless, products like the Wan’er push boundaries and force competitors to churn out better-performing IEMs for lower coin. This ChiFI rat-race benefits consumers, as the barrier to entry for this hobby is gradually eroded, and there has never been a better time to be an audiophile!