Bluetooth 5.1 has become a must for the top wireless headphones in the market today. But is it really worth the upgrade?

Throughout the years, no one can deny Bluetooth’s impact on our way of life. It’s safe to say that this technology has engraved itself throughout our daily lives, especially when it comes to our audio gears. Despite that, Bluetooth isn’t stopping their developments just yet.

Bluetooth technology continuously evolves through time and every new version provides us with things we didn’t even know we needed. Bluetooth 5.1, released in 2019, is no exception. This version opened new doors in a lot of areas like faster data transfers and location tracking, among others. It’s not surprising how fast Bluetooth 5.1 has become a standard for every new high-end wireless headphones today.

With this, the public has been asking one big question: should you or should you not upgrade to Bluetooth 5.1?

As easy as it may sound, choosing whether or not you should prioritize buying Bluetooth 5.1 headphones isn’t simple. Being one of the latest versions doesn’t exactly guarantee that it’s far better than the previous one. To add to that, the recent release of Bluetooth 5.2 gives us another thing to consider.

Either way, thinking about this can be exhausting and, frankly, overwhelming for some. So, today, we’ll be going over Bluetooth 5.1 and see it for ourselves. We’ll discuss just what it is and find out why you should keep an eye on it for your next buy.

Bluetooth is one of the most revolutionary technologies we take advantage of today. Most of our devices make use of this and, chances are, you use this feature on a daily basis.

This technology is regulated by the Bluetooth Special Interest Group (Bluetooth SIG). They were founded back in 1998 and have since then become the authority for Bluetooth-related standards and licensing.

The term ‘Bluetooth’ was initially just a placeholder until the guys at Bluetooth SIG found a better name for it. It came from the nickname of a Danish king, Harland “Bluetooth” Gormsson, who united Denmark and Norway. The name simply caught on and the rest is history.

Through the years, there have been five major versions of Bluetooth. Each new version is assigned a different number which resulted in Bluetooth 1.0 to Bluetooth 5.0 versions. On top of that, a new build on the existing version merits a suffix, which is why versions like Bluetooth 1.1 or 4.2 exist.

Generally, Bluetooth 5.1 introduced several fixes, enhancements, and new features. This version built on the flaws of Bluetooth 5.0 and improved connection speed as well as overall performance.

Bluetooth 5.1 has tons of features and new builds from Bluetooth 5.0 but there are only several features that are truly worth noting. To be more exact, 5.1 has more accurate tracking, GATT caching enhancements, and advertising sync transfer.

Let’s go over this one by one, shall we?

This is a major upgrade from its predecessor, Bluetooth 5.0. With 5.0, devices can only determine how far a receiver is from the transmitter. However, with 5.1, the receiver can now pinpoint the location of your device from the one it’s connected with.

Bluetooth 5.1 does this by making use of more antennas to see the exact direction of the signal. Meanwhile, the signal strength approximates the distance. This major upgrade has opened the door to Bluetooth-enabled tracking.

Although this new feature hasn’t been fleshed out by headphone manufacturers yet, it gives us something to look forward to. In due time, Bluetooth 5.1’s tracking abilities should come in handy for those who misplace their headphones. But, for now, its full range of applications remains to be seen.

GATT Caching stands for Generic-Attribute-Profile Caching. This form of technology plays a big role in creating and maintaining the Bluetooth connection between different devices.

Having this feature allows Bluetooth 5.1 devices to pair in an instant. GATT caching gives the devices the ability to remember each other’s requirements. Whenever pairing commences, they wouldn’t need to exchange information anymore.

The result is a faster and more stable connection while using lesser power for transmitting the information. 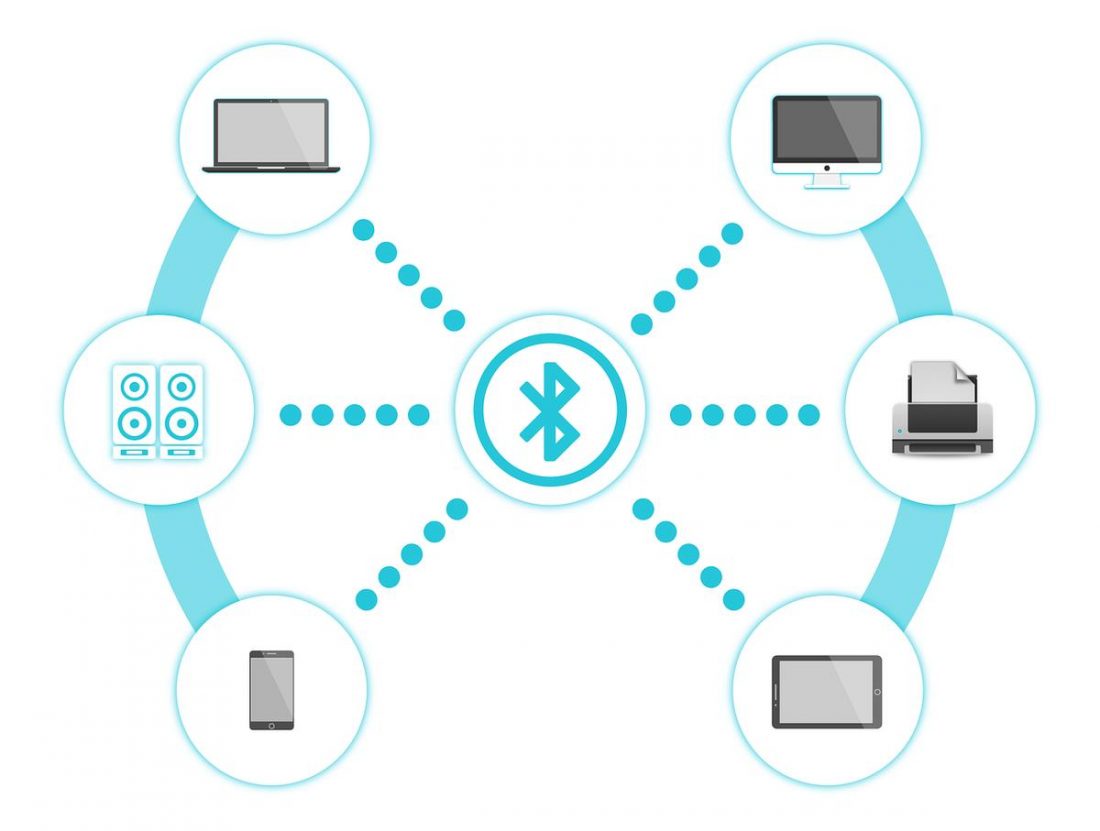 This one is perhaps the most technical upgrade that Bluetooth 5.1 improved on.

Bluetooth 5.0 came with a feature called the SyncInfo which allowed Bluetooth devices to synchronize their scanning and advertising schedules. As a result, the receiving and transmitting devices exchange data packets at the same time. The result of this is lower power consumption and lesser chances of missing connection requests.

Bluetooth 5.1 builds on this by creating the Advertising Sync Transfer. This allows devices to share and extend the information on scheduling data to other devices.

As a result, both devices would save time syncing and save more battery in the process.

Bluetooth 5.0 and 5.1 are essentially the same with the latter being a little superior in power saving. Although the leap between the two versions isn’t that huge, choosing the later version still has its merits.

However, this doesn’t mean that you should upgrade to the latest version right away. Bluetooth 5.1 is nothing short of interesting but if your audio source or device does not support this, then it will all be for naught.

Bluetooth has backwards compatibility. This means that a device that can support Bluetooth 5.0 will only be able to support versions earlier than that. If you pair your Bluetooth 5.1 headphones with a device that only has 5.0, you’ll only get to enjoy the features of Bluetooth 5.0, instead of 5.1.

Introducing Bluetooth 5.2: Is It Worth the Wait? 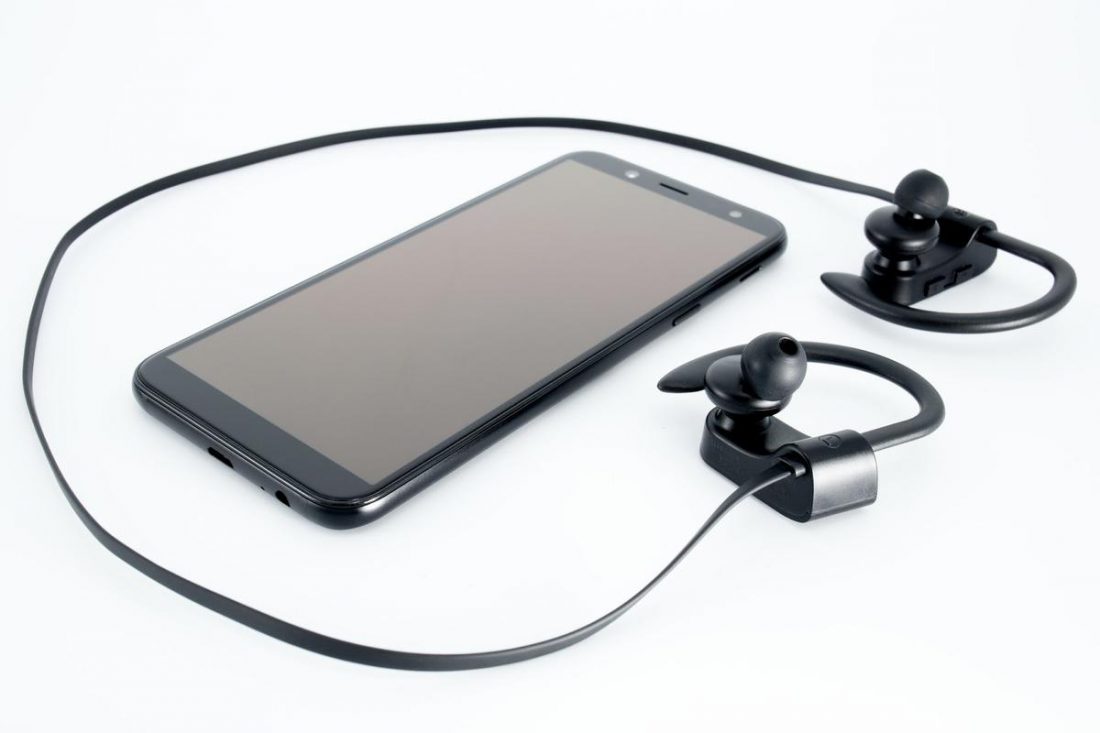 The talk of this article may be Bluetooth 5.1, but it isn’t the latest incarnation of Bluetooth technology as of writing. Bluetooth 5.2 was released in 2020, around a year after 5.1 was released, and is currently the newest version available to the public.

5.2 is still part of the Bluetooth 5.0 series so it builds on the features of its two predecessors. To be more exact, this version has a new low-power codec, enhanced attribute protocol, and isochronous channels.

As of writing there are only a handful of headphones and other devices making use of this version. Since Bluetooth is backwards compatible, it would be wiser to hold off buying Bluetooth 5.2 for now. That is unless you have multiple devices running with the same version already. A Bluetooth 5.2 device is useless if you’ll be connecting it to 5.1 or lower.

Bluetooth 5.2 features a new low-power codec called LC3. Audio codecs compress audio signals for faster wireless transmission. A lot of Bluetooth codecs have been developed through the years and the LC3 is the newest addition to that list.

Compared to other previous codecs, LC3 can compress more and decompress more efficiently. As a result, audio fidelity should substantially improve. For producers and musicians, this is really great news.

Low Energy or LE allows faster data transfer between two devices without the need for high power and high bandwidth. This was launched with the Bluetooth 4.0 version and continues to be improved on from Bluetooth 5.1 and onwards.

For users, this basically means that a Bluetooth device would be able to work with multiple apps without getting blocked. This results in reduced latency which is great news for mobile gamers who use wireless headphones for gaming.

The Enhanced Attribute protocol also requires encryption of connection — something that the ATT did not have. As a result, Bluetooth 5.2 also has the most secure connection among all the versions so far.

By definition, Isochronous means occurring at the same time. In the context of Bluetooth, this means that multiple channels can be used at the same time to transmit data. It can also be used to synchronize the rendering of data streams in multiple servers.

Basically, because of isochronous channels, devices with Bluetooth 5.2 can now support multiple devices. You can now connect your headphones to your smartphone, laptop, tv, and more at the same time.

Multipoint connectivity is not new to audio devices. However, isochronous channels increase the capability of these devices by allowing the use of Low Energy (LE) Audio. As a result, devices with Bluetooth 5.2 would have the ability to simultaneously connect and playback to larger groups of people.

With this, you can now connect each of your friends’ headphones and play the same music at the same time. Not only that, even larger groups of people like a whole cinema can all potentially connect to a single audio source.

Bluetooth technology continuously keeps getting better and better through the years. The two latest versions, 5.1 and 5.2, definitely prove this point.

Bluetooth cannot be seen but can be felt through the apps on our smartphones, the music coming out of our headphones, and more. It’s tempting to simply let this technology run its course and stay in the dark when it comes to upgrades. However, if you know what Bluetooth can do, you will also know how it can help you.

With features like accurate tracking and Advertising Sync Transfer, Bluetooth 5.1 has taken things a notch higher. They are now becoming smarter and aware of our surroundings. In due time, these features will grow to become essential processes in our lives. So, it would be wise to familiarize yourself with them starting now.

What features are you most excited about? What features do you want to see in the coming years? Let us know through the comments!