Different Bluetooth Versions: What You Need to Know

We take a closer look at the different Bluetooth versions and how they affect your wireless listening experience.

Since its inception, the core idea of Bluetooth has essentially remained the same. Yet the technology itself has undergone numerous enhancements.

But how exactly do all these Bluetooth versions differ? And with the recent introduction of version 5.2, is upgrading your gear a must?

To help answer that question, we’ll give you a rundown of the advancements seen in the different Bluetooth versions over the years. We’ll also talk about related factors that can affect your headphones’ sound quality and performance.

Before we get into the specifics – here’s a little Bluetooth history.

The name “Bluetooth” was taken from King Harald “Blåtand” Gormsson, a Danish king known for uniting Denmark and Norway. The king was nicknamed “Blue tooth” on account of a single rotting tooth in his mouth that was bluish-gray.

According to the founders of Bluetooth SIG, the name was meant to be temporary until the team could think of something “cooler”.

The development of Bluetooth technology was initiated by Ericsson Mobile CTO Nils Rydbeck in 1989. The first version was eventually standardized in 1994 by Jaap Haartsen, an engineer and researcher at the same company.

Here’s a quick look at the different Bluetooth versions throughout the years.

Bluetooth was designed to replace the RS-232 computer serial port. This was widely used for connecting PC peripherals like modems and printers. In the succeeding years, Bluetooth 1.2 was eventually integrated into different devices. Some of these are wireless headsets, mobile phones, laptops, cars, and digital cameras.

Despite the improvements, Bluetooth 1.2 didn’t have enough bandwidth to transmit high-quality audio. And understandably so since, at the time, Bluetooth was primarily meant for calls rather than music.

The most notable improvement in version 2.0 was Enhanced Data Rate (EDR). This increased the data transfer rate up to 3 Mbps. Other enhancements include:

Sound quality remained mediocre, though. This is because most devices were using the SBC codec. Known for its subpar digital file compressions, this yielded poor sound quality.

Bluetooth 3.0 + HS (High Speed) came with a Wi-Fi connection capability that allowed faster data transfer speeds. This allowed better audio data transmission. As well as the transfer of larger amounts of data such as video.

One of the most significant changes in version 3.0 was its ability to use a Wi-Fi connection to transfer data, which it did at speeds of 24 Mbps. Other enhancements include:

The downside of Bluetooth 3.0 was its high power consumption. It quickly drained the batteries of the Bluetooth-enabled devices.

Bluetooth 4.0 improved more than its power consumption. The introduction of the aptX codec also enhanced audio data transmission. This is due to its higher bitrate and efficient lossy compression algorithm. Other enhancements include:

The latest Bluetooth version, Bluetooth 5, was released in July 2016 and focused on providing a better operation framework for IoT devices.

Bluetooth 5 provides an increased bandwidth capacity of 2 Mbps. It also extended the connection range to up to 240m. Plus, it comes with Low Complexity Communication Codec (LC3). This is a new audio protocol that transfers audio data at lower bitrates without sacrificing audio quality. Other notable improvements include:

To fully benefit from these new features, your peripherals need to support Bluetooth 5 as well.

Yes, you can still use a Bluetooth 5 device with a Bluetooth 4 device. But if you want to avail of that extended range or Dual Audio feature, you’ll need to make sure your smartphone or laptop can support it, too. Otherwise, your Bluetooth connection will simply revert to the lower version.

Bluetooth 5.2 was released in January 2020, so only a limited number of headphones were known to be outfitted with the new version at the time of writing.

Bluetooth 4 vs. Bluetooth 5: Which Should You Go For?

The first Bluetooth-capable stereo headphones were launched in 2004. But they didn’t become a feasible option for wired headphones until the 2010s. This was right around the same time Bluetooth 4 was released.

Bluetooth 5, on the other hand, wasn’t released until 2016. This means it’s likely you’re currently using headphones equipped with some version of Bluetooth 4.

If so, you might be asking: is it necessary to upgrade to Bluetooth 5? To give you a bird’s eye view of the differences between the two versions, you can refer to this table.

When it comes to speed, the difference between Bluetooth 4 and 5 is a no-brainer. The former has a maximum speed of 1 Mbps, while the latter clocks in at 2 Mbps. The higher bandwidth allows faster data sharing with less lag and quicker response times between devices.

Bluetooth 4 has a range of up to 60m (10m indoors), while Bluetooth 5 can maintain connections up to 240m (40m indoors). This increased connection range and higher speeds are good news for wireless headphones. It can let you enjoy your music at farther distances with fewer audio dropouts.

Bluetooth 5 is backwards compatible with Bluetooth 4 devices. This means you can easily use a pair of Bluetooth 4.2 headphones with a 5.0 phone.

But some newer enhancements in Bluetooth 5 won’t work with 4.2 devices. An example of that is the Dual Audio feature of Bluetooth 5. It allows you to connect two pairs of headphones to a single phone. Or play music from one phone on two different speakers.

So, if your audio device only supports 4.2, it’s still best to go for the same version of headphones. And if you own a Bluetooth 5 phone, and you want to make the most of its features, it’s best to upgrade your peripherals to Bluetooth 5 as well.

Though the Bluetooth 4 did see improvements in power consumption from the more energy-hungry Bluetooth 3.0, its performance still falls in the mid-high range. Bluetooth 5 further improved this by boosting its data transmission speed and range. As a result, devices require less power to send and receive data, ultimately prolonging battery life.

Signal reliability is enhanced with Bluetooth 5 due to improved frequency hopping and Slot Availability Mask (SAM).

Improved frequency hopping means that Bluetooth 5 can use a wider selection of channel sequences in comparison to the 12 sequences used by Bluetooth 4. The introduction of SAM determines when an LTE channel is transmitting data. It also helps Bluetooth devices avoid these specific channels. Together, these two features lessen signal interference, thus maintaining your Bluetooth connection.

Other Factors That Contribute to Bluetooth Performance

Aside from the Bluetooth versions, there are other Bluetooth characteristics that affect your devices’ performance. Here’s a quick discussion on them:

Bluetooth profiles are a set of specifications or rules that determine how a device can be used. Nowadays, you can delegate many tasks to your wireless headphones. Some of such are making and receiving calls or controlling music playback. These tasks require a specific Bluetooth profile to function correctly, so it’s good to understand what each profile does.

Understanding what class your Bluetooth device falls under is essential for getting the most out of its range capacity. So, if you want to make full use of that 300-foot range capacity when listening to music, both your phone and headphones need to be Class 1 devices. If your phone is Class 1 and your headphones are Class 2, the connection will simply revert to the lower class range.

A Bluetooth codec is a program that compresses and decompresses audio data into a specific format and transmits it at a specified bitrate.

Learn more about the Bluetooth codecs and how they work in our in-depth article here.

The different Bluetooth versions do not solely determine the sound quality of our headphones. However, with every advancement, each version has given us a smoother listening experience. Ultimately, sound quality is determined by a combination of factors such as Bluetooth profiles, codecs, and classes.

Hopefully, with a bit of help from this guide, these concepts now make a little more sense. And you’re able to figure out whether you should upgrade to Bluetooth 5 or not.

Did you find our guide helpful? If you’d like to share your thoughts on the info we discussed here, please leave us a message in the comments. We’d love to hear from you!

Over a decade ago, I bought my first pair of moderately decent headphones. I took them home, put them on, and pressed play. And then I had an out of body experience. The vocal harmonies, the hidden instrumentals, the intricacies of the beats, THE BASS—the newfound details were stunning. I was a changed person. While I don’t consider myself an audiophile, there’s something to be said about how the right piece of equipment can open up entire worlds to discover.

How to Connect Any Bluetooth Headphones to Xbox One 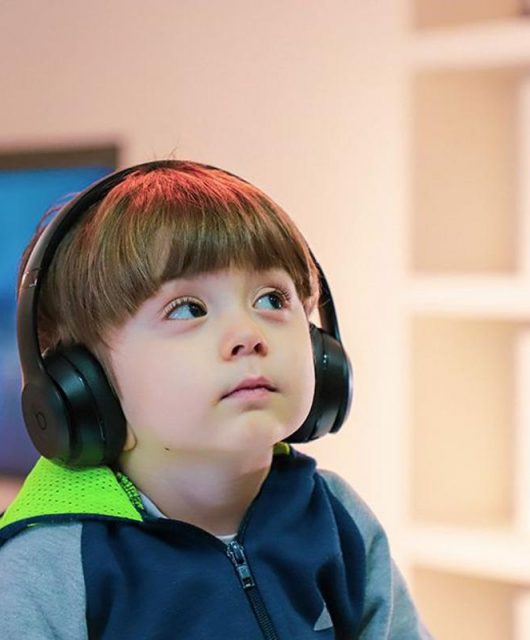 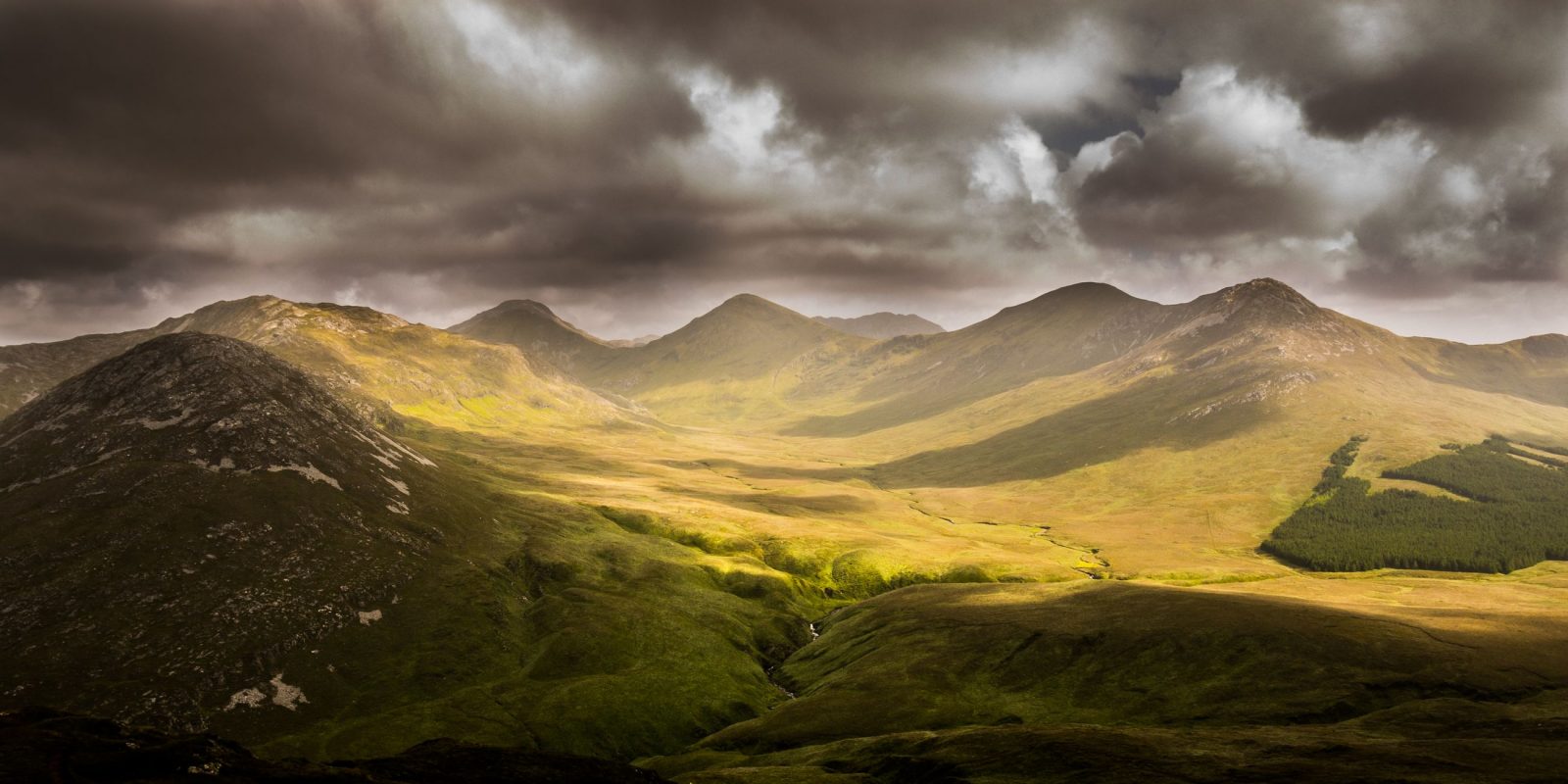 Why you should consider burning-in your headphones? (Or should not) 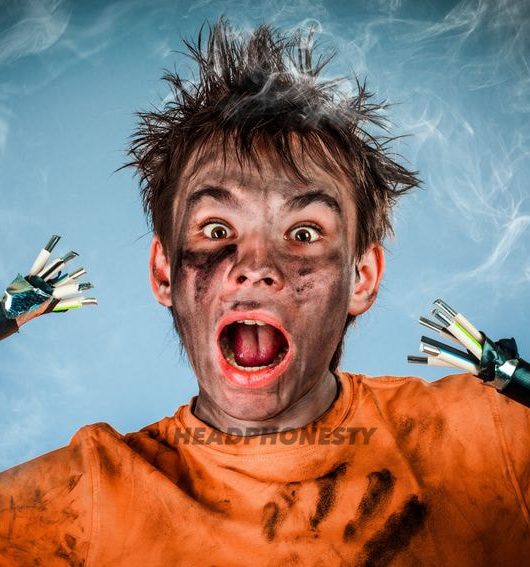 How to Fix a Short in Headphones Without Killing Yourself 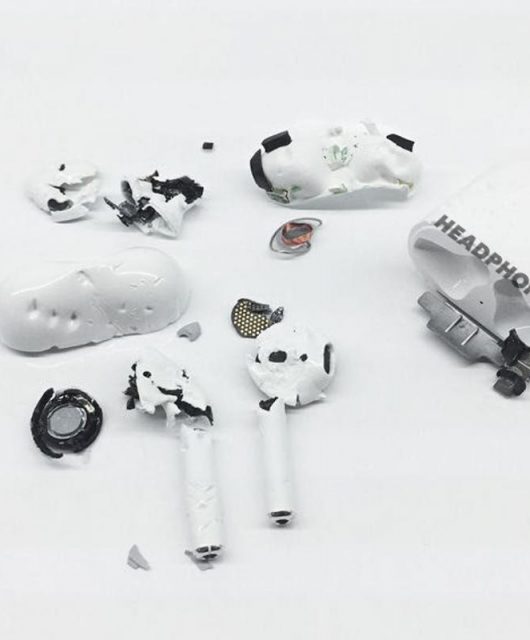 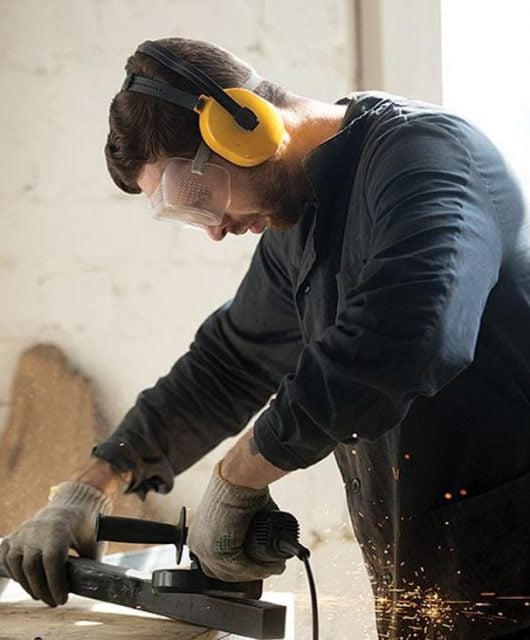 How To Pick The Correct Hearing Protection Device