As Bruno Mars sang in the award-winning song “Leave the door open”, the Final Audio E3000 are “smooth like a newborn”!

This set was purchased at my own expense from a second-hand shop. 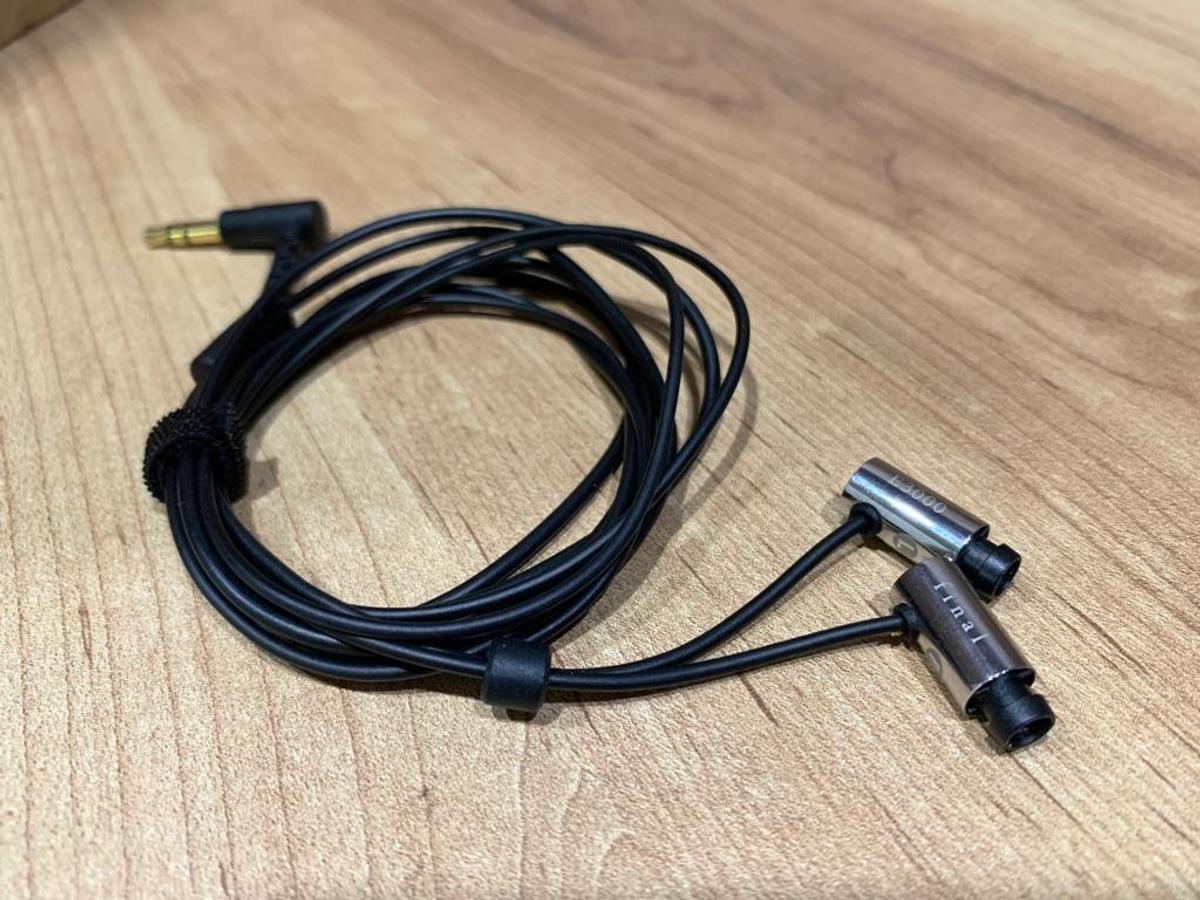 The Final Audio E3000 are quite a unique pair of IEMs in the ultra-competitive CHI-FI budget segment, featuring a warm, smooth, and non-fatiguing tuning. They are very different from the hackneyed V-shaped and Harman tuned sets. In particular, soundstage, instrument separation and imaging are highlights of the E3000. In my book, if a pair of IEMs have stood the test of time, rather than just a hypetrain that died after a few weeks, then they must be a truly stellar set. The E3000 belong in this category.

Are the E3000 an aptly named Final Fantasy for IEM lovers? Read on to find out!

Final Audio was formed in 2007, originally as a subsidiary of American brand Molex. They branched off to be independent in 2014 and have not looked back since. Their motto is: “the comprehensive pursuit of things that are fundamentally right”.

Final Audio has since released a multitude of products, like the aforementioned E series, A series (which includes their top-of-the-line A8000), B series, and even headphones like the Sonorous series.

Final Audio has also entered the TWS game recently with the ZE3000 and have an exclusive accessories line-up.

The Final E black tips are one of the more popular eartips used by audiophiles. They feature a unique “swing mechanism” to give a better fit.

Pro tip (pun not intended): The Final E black tips tame the treble and tighten the bass, and are a very useful pairing with overly bright IEMs.

Ironically, these highly sought after eartips are a poor pairing with the E3000. As we will discuss later, the E3000 are dark in the treble region, and these tips further chisel away the treble frequencies and cut off air.

Eartips can make or break an IEM (case in point: BLON BL-03 with the stock tips give poor fit/isolation, loss of bass frequencies, and a skewed sound), so it behooves the reader to try some tip-rolling with the E3000.

For the purposes of this review, I persisted with the stock tips.

The E3000’s cable is unfortunately not detachable, which could be a deal-breaker for some. Non-detachable cables may be a point of failure down the line, not to mention some consumers may want to pair balanced/aftermarket cables with their IEM, or even hook up Bluetooth adapters.

To make matters worse, the cable is noodle-thin without strain relief, and with a fair bit of microphonics. Using the Final E3000 with a shirt-clip (not provided) or with the provided silicone ear hooks may lower the microphonics somewhat.

For what it’s worth, I’ve had my E3000 for a year and a half, and use them at least once a week. So far the cables are still doing fine, but it is a bit disappointing to see IEM manufacturers still persisting with non-detachable cables in this day and age, when there are sub $20 IEMs featuring MMCX or 2-pin connectors!

The Final E3000 have a machined stainless steel silver finish, and are a bullet-shaped IEM that are meant to be worn cable down.

Some owners wear the Final E3000 over-ear (instead of in the intended cable down position) to minimize cable microphonics, but this looks awkward and may stress the cable at its bending point into the ear.

I do not recommend the E3000 to be used on subways or in noisy environments, as outside noise gets in and affects the sound quality. Not to mention, some may boost the volume to overcome the external noise and this is surely not safe for long-term hearing health.

The left and right earpieces are marked with a L and R lettering respectively.

This set is light and comfortable, I have used the E3000 for hours upon hours without any discomfort. I don’t detect any driver flex either.

The Final E3000 contain a 6.4 mm dynamic driver unit. I could not find any information on what material this driver is made of.

I know, I know. Yes, the latest hype is for beryllium or LCP (liquid crystal polymer) driver materials.

In this case, size doesn’t matter. Despite the smaller diameter of this driver unit, the E3000 can churn out quite a lot of bass quantity, which we will discuss below.

The Final E3000 are power hungry, and do require amplification in view of their low sensitivity. Please look elsewhere if you do not have an adequate source to drive these babies, as the sound will just be meh and undynamic without sufficient juice.

The E3000 are a dark and very bassy set. So these IEMs synergize better with analytical or brighter sources. Pairing the E3000 with a warm and analogue-sounding source will just make things very mushy and nebulous!

The E3000 are an L-shaped, warm, bassy pair of IEMs with dark treble. The E3000 are the antithesis of what our treblehead brethren look for. Consequently, this set is well suited for longer listening sessions and create zero fatigue. The E3000 are definitely colored, but in a unique and pleasant way, and they bring something very different in the sea of harman and V-shaped tuned IEMs.

The E3000 have one of the better soundstages and imaging around the $50 price point. Soundstage height and width are very good but depth is only about average. This aids in instrument separation. The E3000 do not have the best clarity and are not kings of micro-details as a consequence of the dark treble. Those that want an analytical set for critical listening will need to consider alternatives.

Timbre is quite natural, with a thick note weight and a very lush sound.

The E3000 are mid-bass centric, and sub-bass extension isn’t the best, with a significant roll-off.

The mid-bass is north of neutral but isn’t at bona-fide basshead levels. The bass is unfortunately slow and hazy, with mediocre texturing. Mid-bass bleeds somewhat, but this adds to the heft in the lower midrange and can be a pro or con, depending on one’s preferences.

The bass tightens somewhat when the E3000 are fed enough power, but can sound very boomy and bloated if they are driven from a low-powered source.

The midrange is well balanced, with neither male nor female vocals dominating the other.

As described previously, instrument separation is excellent. Coupled with the accurate imaging and superb soundstage, music and vocals float around effortlessly. The E3000 have very subdued upper mids with a lack of pinna gain, and they are non-fatiguing, but some may find vocals a bit too laid back.

The E3000’s midrange is my favorite aspect. It sounds quite sublime.

The E3000’s treble is very safe with an early roll-off. Details are not overly emphasized. As such, there is no sibilance or harshness, and the E3000 are very suitable for long listening sessions.

Tip-rolling to something other than the stock Final E black tips can brighten the treble and add a bit of air. For those that want some added pizzaz in the treble, I suggest trying a wide bore ear tip such as the Tenmark Whirlwinds. YMMV.

Smooth operator? Smooth criminal? The keyword to describe the E3000 is “smooth”, as Santana would say!

I compared the Final E3000 with some other budget single DD sets. Hybrids and pure BA IEMs were left out of the comparison as the different transducer types have their own pros and cons.

The BLON BL-03 are a legendary budget harman-like set with great timbre. The E3000 are an all-round upgrade over the BLONs in fit, accessories, soundstage, details, instrument separation and imaging.

However, the BL-03 are slightly better in timbral accuracy. Both sets have a slow mid-bass and won’t win awards in bass speed or accuracy.

The BL-03 have a detachable cable, but the stock cable and stock tips are suboptimal, which necessitates most consumers to purchase aftermarket tips and/or cables. This may very well bring the cost of the BLON BL-03 to equal or exceed that of the E3000.

The E3000 are much harder to drive. Isolation on both sets are poor, but the BL-03 are a tinge better in isolation.

The Heart Mirror are a pair of neutral bright IEMs, with a thinner note weight. The Heart Mirror have much less bass quantity, but bass quality is superior – tighter and faster, with better texture.

The E3000 is much more smooth than the Heart Mirror, and the latter can be fatiguing for treble-sensitive folk. They are tuned very differently, but can be seen as complementary sets for the different sound signatures they bring to the table.

The iBasso IT00 are a U-shaped set that have better extension at both ends (treble/bass) than the E3000. The IT00’s bass is faster and more textured, with more sub-bass quantity and extension.

Both sets are non-fatiguing, but the IT00 have better clarity and micro-details. Soundstage and imaging is better on the E3000. The IT00 have detachable cables, but suffer from significant driver flex, which can be a deal-breaker for some.

The Tanchjim Tanya are a warm harman-like set and are also bullet shaped with a non-detachable cable. Both sets scale better with amping, but the Tanya are easier to drive.

The Tanya have poorer technicalities, in the area of soundstage, imaging and instrument separation/layering, though they have better timbral accuracy and isolation.

Both sets are smooth and lush, and the Tanya can perhaps be viewed as a baby Final Audio E3000.

The Astrotec Vesna are a neutral bright set, easier to drive and with less bass than the E3000. Though the Vesna have less bass quantity, the bass is cleaner and tighter. The Vesna have a thinner note weight and poorer technicalities (imaging, instrument separation and soundstage).

The Final Audio E3000 are quite a unique pair of IEMs in the ultra-competitive CHI-FI budget segment, featuring a warm, smooth, and non-fatiguing tuning. They are very different from the hackneyed V-shaped and Harman tuned sets. In particular, soundstage, instrument separation and imaging are highlights of the E3000.

Some E3000 bugbears are their amping requirements and nebulous, slow bass. The thin, non-detachable cable may also be a turn-off for some, and finally, they are not suitable for trebleheads.

Considering the E3000 were released 4 years ago, it is quite an achievement that, in this fast moving industry, they are still recommended today as one of the best sub-USD$100 IEMs.

In my book, if a pair of IEMs have stood the test of time, rather than just a hypetrain that died after a few weeks, then they must be a truly stellar set. The E3000 belong in this category. In fact, I still take my E3000 out for a spin on a weekly basis, even though there may be more technical or analytical options in my collection.