Fortnite: Battle Royale (Fortnite)may lag a bit behind its main competitor – PLAYERUNKNOWN’S BATTLEGROUNDS (PUBG) in terms of popularity, it’s only a matter of time before it catches up. If it hasn’t already, that is. After all, it was not too long ago that Epic Games announced that their game had exceeded more than 40 million registered players and saw more than 2 million concurrent logged-in players.

Although Fortnite: Battle Royale has yet to see the same scale of tournaments that PUBG has enjoyed, that doesn’t mean you shouldn’t aim to get better.

And to do that, you have to put in the time and watch the finest players of the game in action. You need to learn the tricks of the trade. Most importantly, you need to pay attention to what kind of gaming gear and accessories they’re using, specifically, their gaming headsets. 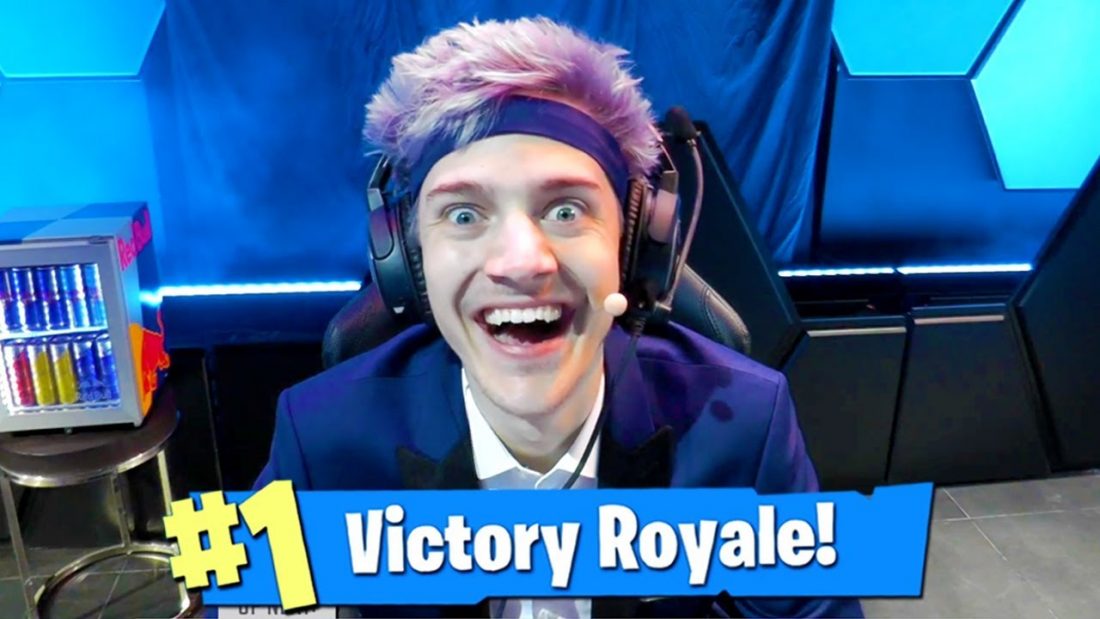 No matter which platform (PC, XBox One, PS4) you are playing on, you need a great pair of gaming headset that you can use for Fortnite.

First things first, our list isn’t by any means definitive. You’re free to agree or disagree. If you feel that our list is missing someone, let us know in the comments below right away!

Gaming headset without a mic?

You might realize that some of the headsets worn by the pros have no mic. Doesn’t that make them just a ….headphones?

Fret not. Mic quality is one of the most important elements to the entire streaming experience. Hence, streamers like Ninja tend to get a dedicated mic like Audio-Technica AT2035 Studio Microphone where the mic quality is far more superior than any onboard headset mic. 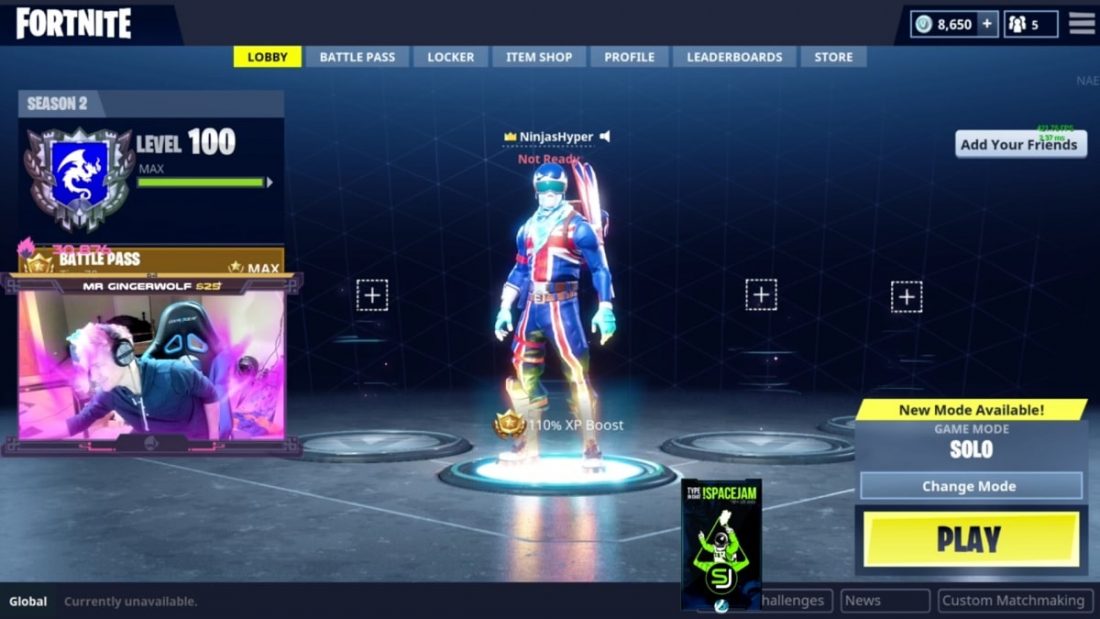 What headset does Ninja use?

It doesn’t matter what kind of FPS title Ninja will play, rest assured that he will dominate in it. Already considered one of the best PUBG streamers around, Ninja has since taken his talent to Fortnite, where he remains the same beast that he always has been since he started fragging opponents in Halo.

While his twitch reflexes aren’t the easiest to mimic, you can still learn a thing or two from watching one of his streams. You’ll want to take down notes on how he utilizes the DT 990 Pro to listen in on where his enemies are coming from and home in on where to head to next.

As a side note, Ninja has a tendency to pull off some of the most hilarious and amazing plays ever. So, not only will you get better watching him, you’ll also get a laugh or two. 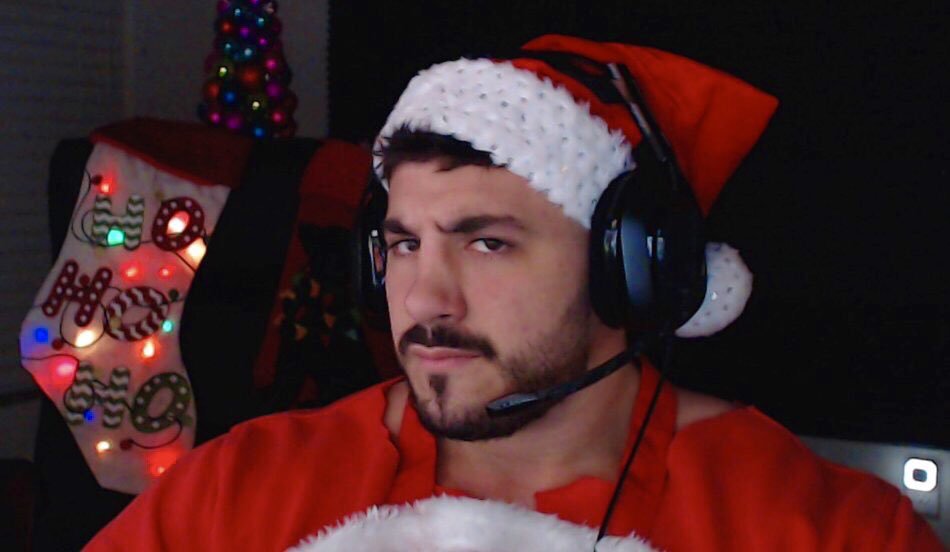 What headset does NICKMERCS use?

You either hate him or you like him, but there’s no denying that NICKMERCS is one of the best Fortnite players around. But, don’t let us tell you that. You know the adage “A video is worth more than a million words”. We have two for you.

Along with NICKMERCS’s awesome gaming monitor, ASUS VG245H,and the Astro A50 wireless to help him pull off either one of those streaks. The Astro A50 remains the de-facto wireless gaming headset in the world, with excellent noise isolation and one of the most intuitive controls available in the market today. 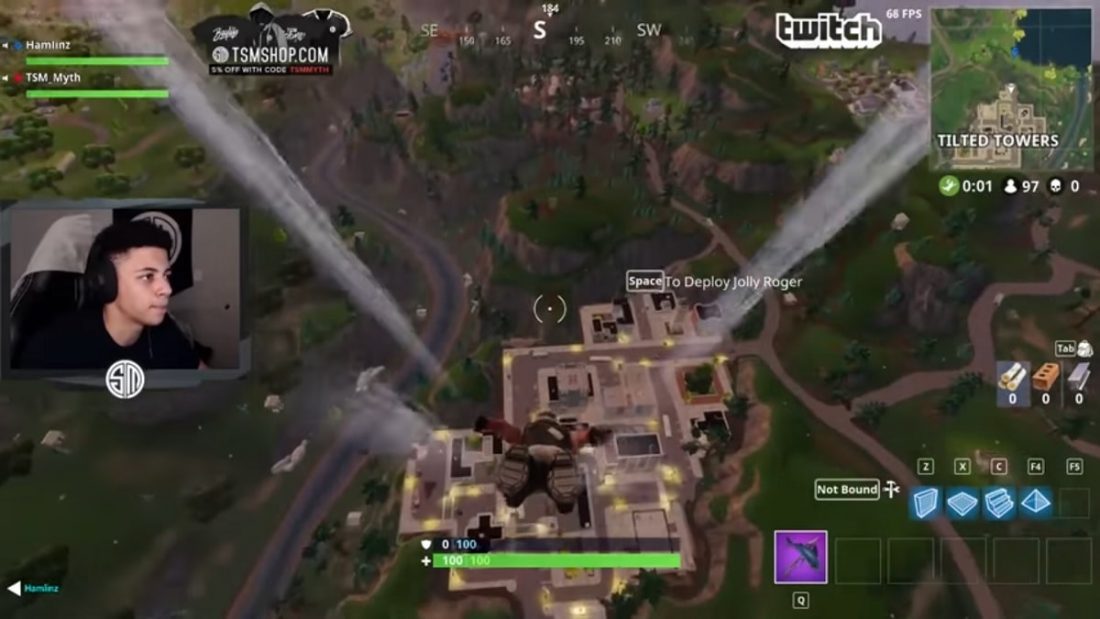 What headset does Myth use?

Fortnite may share the “Battle Royale” theme as PUBG, but it has a unique twist to the gameplay. You can actually build, repair and upgrade structure as a defense mechanism. And, there’s no one quite as good at building things than Myth himself. But other than being a talented builder; Myth is also credited as a hawk-eyed shooter, being the brains behind the play shown below, which he dubbed himself as the “best Fortnite RPG snipe of all time”.

Whether you agree with him or not, you can’t argue against the fact that Myth is an impressive player who puts the wireless G533 gaming headset and its flexible equalizer, as well as surround settings, to good use. 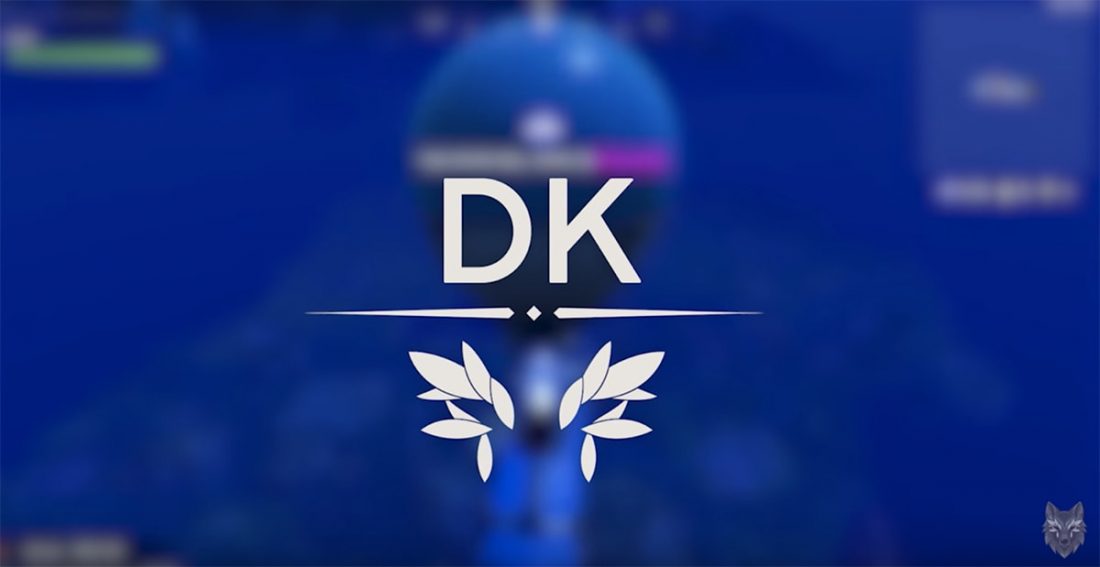 What headset does Dakotaz use?

For a unique blend of hilarity and awesome plays, Dakotaz is your best bet. Often found playing alongside friends, namely HighDistortion, Dakotaz deviates a bit from other streamers. He often spends time breaking down the game and explaining it to newbies, just like what he did in this video.

Armed with the Astro A40, Dakotaz’s headset of choice allows him to hear his surroundings. At the same time, the crystal-clear mic makes communication easier for both his viewers and squadmates when he’s out making one highlight play after another. 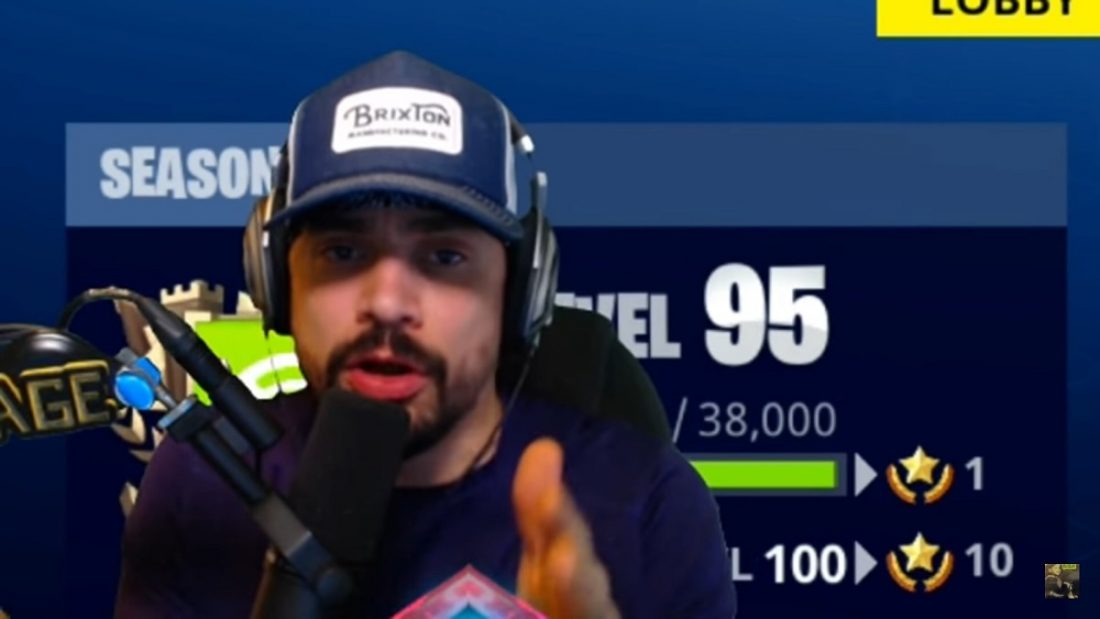 What headset does CDNThe3rd use?

You know your skill level has reached a certain level when Reddit is creating sarcastic posts calling you out for using aimbot or for having a direct line to Epic Games. Just because you seemingly have access to the kind of loot you need at just the right time. But hey, it’s not exactly CDNThe3rd’s fault for being so good that he can pull off shenanigans like this.

CDNThe3rd is a huge fan of the top-of-the-line HD 700, which isn’t a surprise. Light, comfortable to wear, and elegant looking headphones, with a unique 40mm driver to boot, HD 700 gives him just the right weapon he needs to stream for hours on end without worrying about any neck strain that would otherwise hold him back from performing at his best. 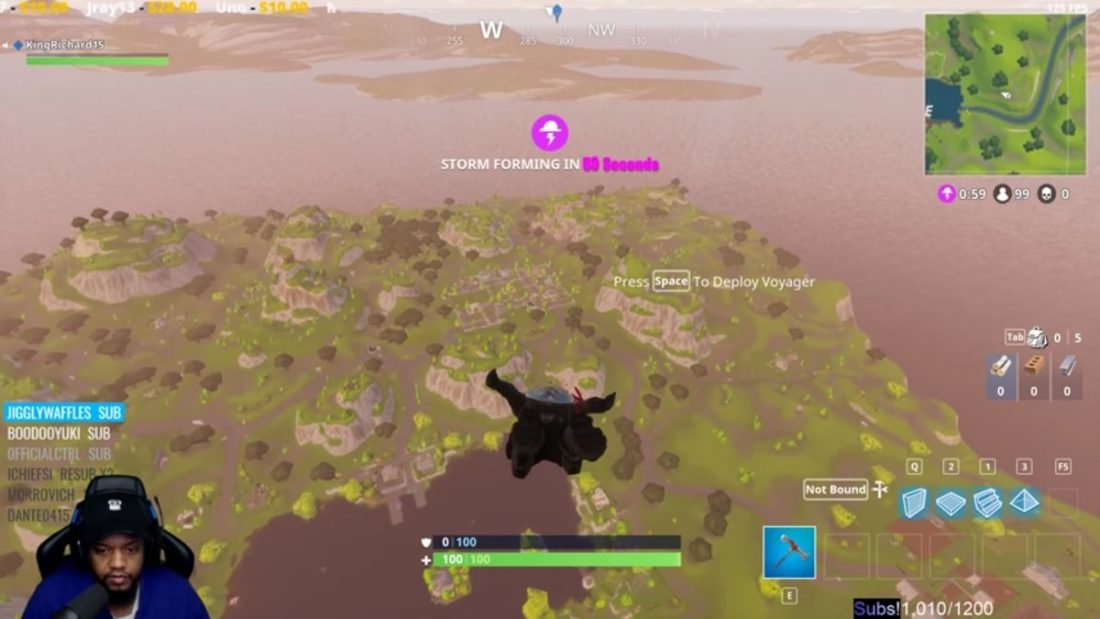 What headset does KingRichard use?

Before Ninja and Nickmercs went on to break the duo record at 40 kills, KingRichard and Ninja first set the bar at 36. Although that’s a few kills less than the new record, it’s still undoubtedly impressive, considering that KingRichard isn’t even well known for playing FPS games. Instead, he’s known more for his time spent playing Elder Scrolls Online.

One of the more underrated Fortnite streamers today, KingRichard is rocking the Logitech G433. The headset is considered as less of a specialist and more of a versatile do-it-all gaming headset. Though not top of the line, the G433 and its 7.1 Surround System has helped KingRichard notch a Victory Royale more often than not. 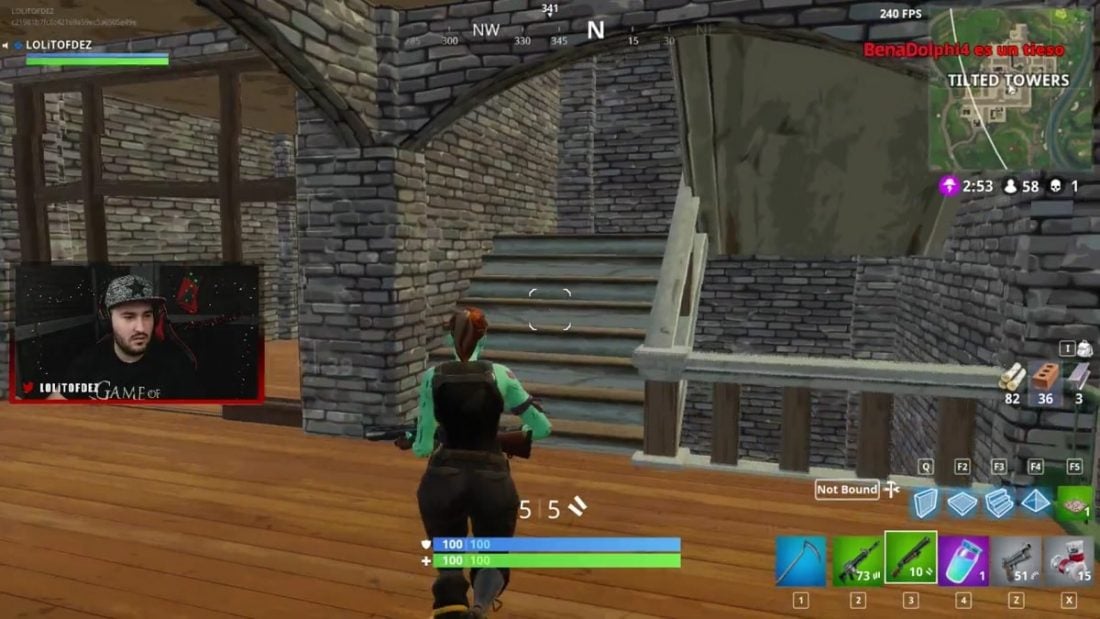 What headset does Lolitofdez use?

Lolitofdez is a Spanish streamer that plays a lot of shooters and both Fortnite and PUBG are the top of his list. In both games, he prefers to use the Kingston HyperX Cloud Revolver S, which shouldn’t come off as a surprise. The Revolver S is the top-of-the-line of the HyperX Cloud models.

Featuring large, oversized ear cups and a hard-steel frame, featuring 50mm drivers, Lolitofdez has everything he needs to be so good that he’s unafraid to proudly referred to himself as a 100% cheater.

What headset does DrLupo use?

DrLupo is another streamer who plays a bunch of other shooters. He also differs from most in that he’s not just all about posting a highlight montage of himself dominating games. Instead, DrLupo offers a unique take on the games, like when he created a hilarious video on how to force opponents to quit forever on Fortnite.

In between trolling and referring to himself as an “average” player, DrLupo is hilariously entertaining to watch. He also doubles down on his uniqueness, using a Blue Mo-Fi that isn’t exactly mainstream headset for streamers but it seems to be working great for him. 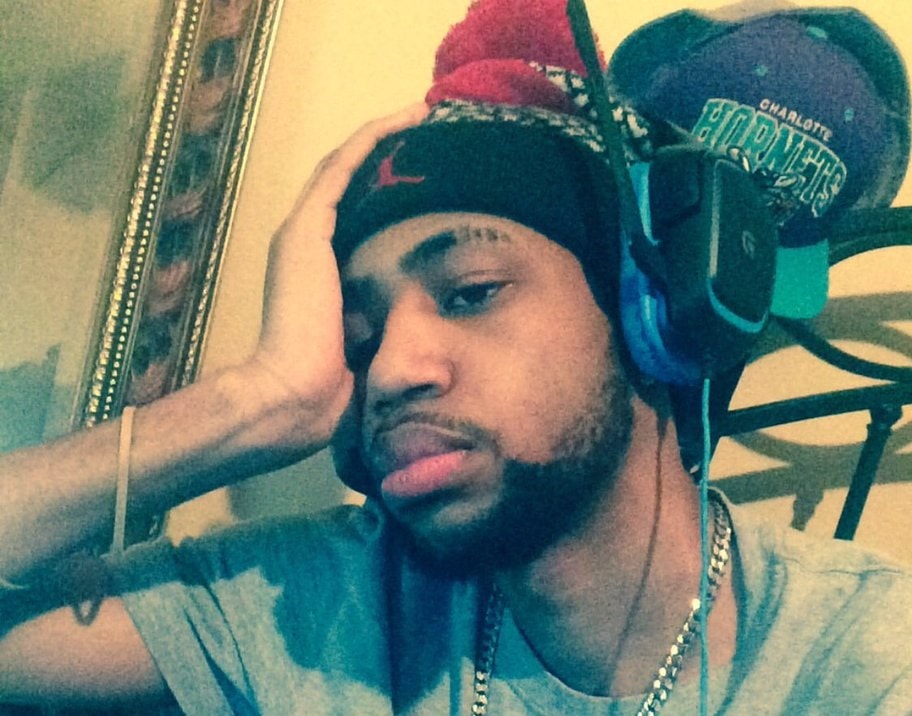 What headset does Daequan use?

Double pump is to Daequan as Daequan is to double bump. He is the first to introduce the oft-neglected weapon into the Fornite: Battle Royale foray. Unsurprisingly, Daequan has a very good understanding of the game and is unafraid to share what he knows. As a result, he’s been dominating Fortnite since Day 1. He’s so good that he was recently picked up by North America’s Team SoloMid in preparation for when Fortnite becomes a full-fledged esport.

Now that he’s with a team sponsored by Logitech, Daequan has since switched to using a Logitech G533. The high fidelity sound and coffin-shape ear cups will only help make him an even better player than he is right now.

What headset does HighDistortion use?

A streamer playing under the TSM banner, HighDistortion isn’t just a great and talented player; he’s also an overall funny guy. He often plays with Dakotaz and has a penchant for getting caught up in hilarious games when he’s not busy racking up kills and pulling up clutch plays on solo queue.

HighDistortion also has good taste when it comes to gaming headphones, as he’s using the oldie-but-goodie, open-back Sennheiser HD 650. Having said that, HighDistortion is a handful to deal with and has a lot to offer for what anyone interested in watching him play.

Fun fact: the Sennheiser HD 650 has not seen its retail price drop since its release more than a decade ago.

Unlike players from our PUBG and CS:GO lists, those playing Fortnite seem to have more varied tastes. Some prefer using audiophile headphones, while others prefer to use traditional gaming headsets. Even so, there are some similarities to their choices, namely:

Now that you know what kind of gaming headset the best Fortnite players prefer, it’ll be much easier for you to shop for yourself from here on out. As usual, let us know in the comments what you feel about this list. 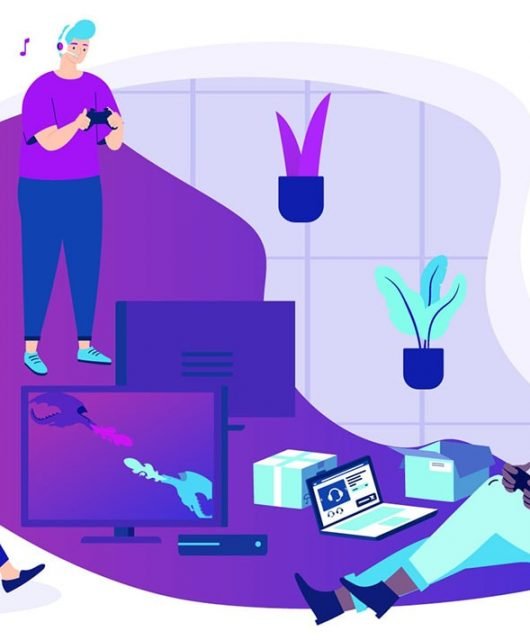 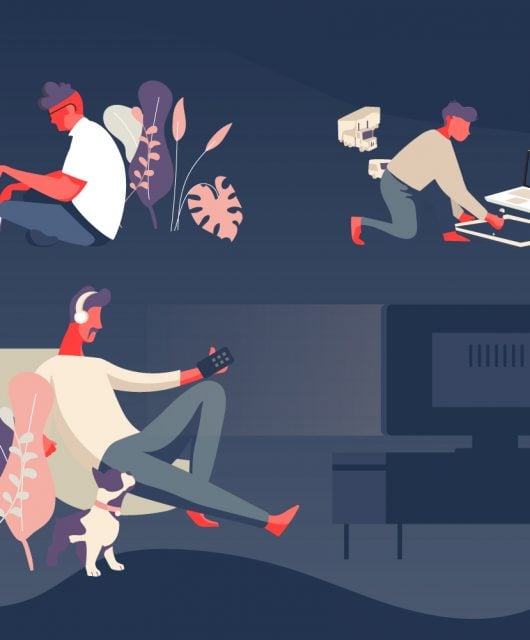 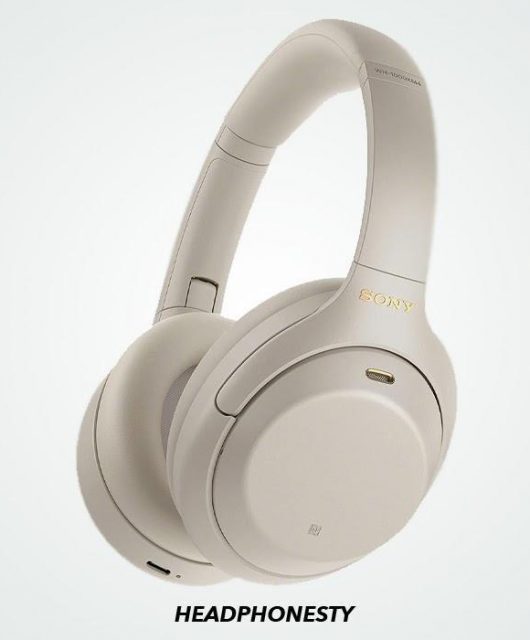 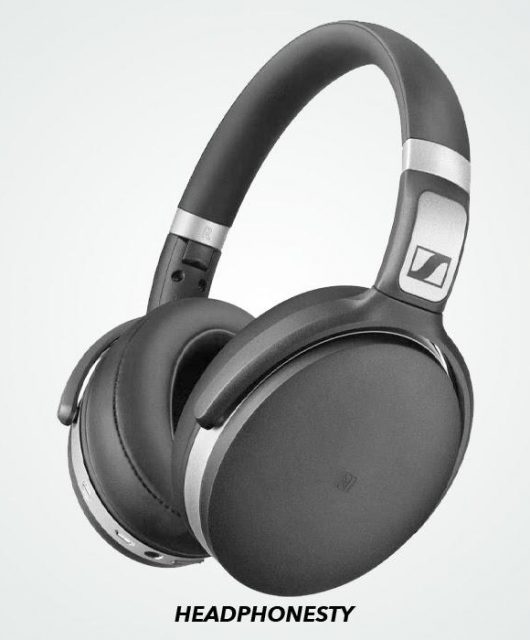 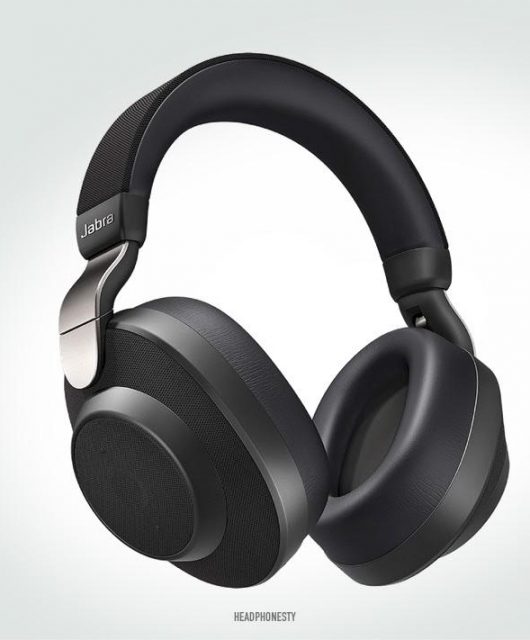