Audio-Technica’s W1000X succeeds in comfort, structure, and style, but falls short of value for money.

I’ve been interested in the ATH-W1000X for some time (actually, any wood can from Audio-Technica, but especially these headphones since they are the cheapest over-ear woodies from Audio-Technica). They were released in 2010 and are just behind the top-of-the-line model, the W5000. The W1000X is a semi-closed model, mostly designed for home use, and is easy to drive (42 ohms, 100 dB/mW).

The headphones preceding the W1000X, the original W1000, were released in 2002. Here is a nice article (in Japanese) about the history of the brand’s wooden headphones.

Before discussing the build, let me just say it: These are extremely beautiful headphones—the most gorgeous pair I’ve owned (my all-time favorite being another wooden A-T, the W2002). The orange cherry wood with its glossy finish is simply wonderful to look at and has a very Japanese esthetic. (Although it does leave fingerprints easily!)

There’s been a long-standing tradition of wooden enclosures for headphones, with the legendary Sony MDR-R10 and the start of the wooden A-T line with the W10VTG in 1996.

The 3D-wing suspension headband system is a classic in the Audio-Technica world and doesn’t really change here. The headband is made of sturdy metal, and the two wings rest gently on the head. The plastic parts supporting the whole structure feel a bit more solid than the ones on the AD900X. 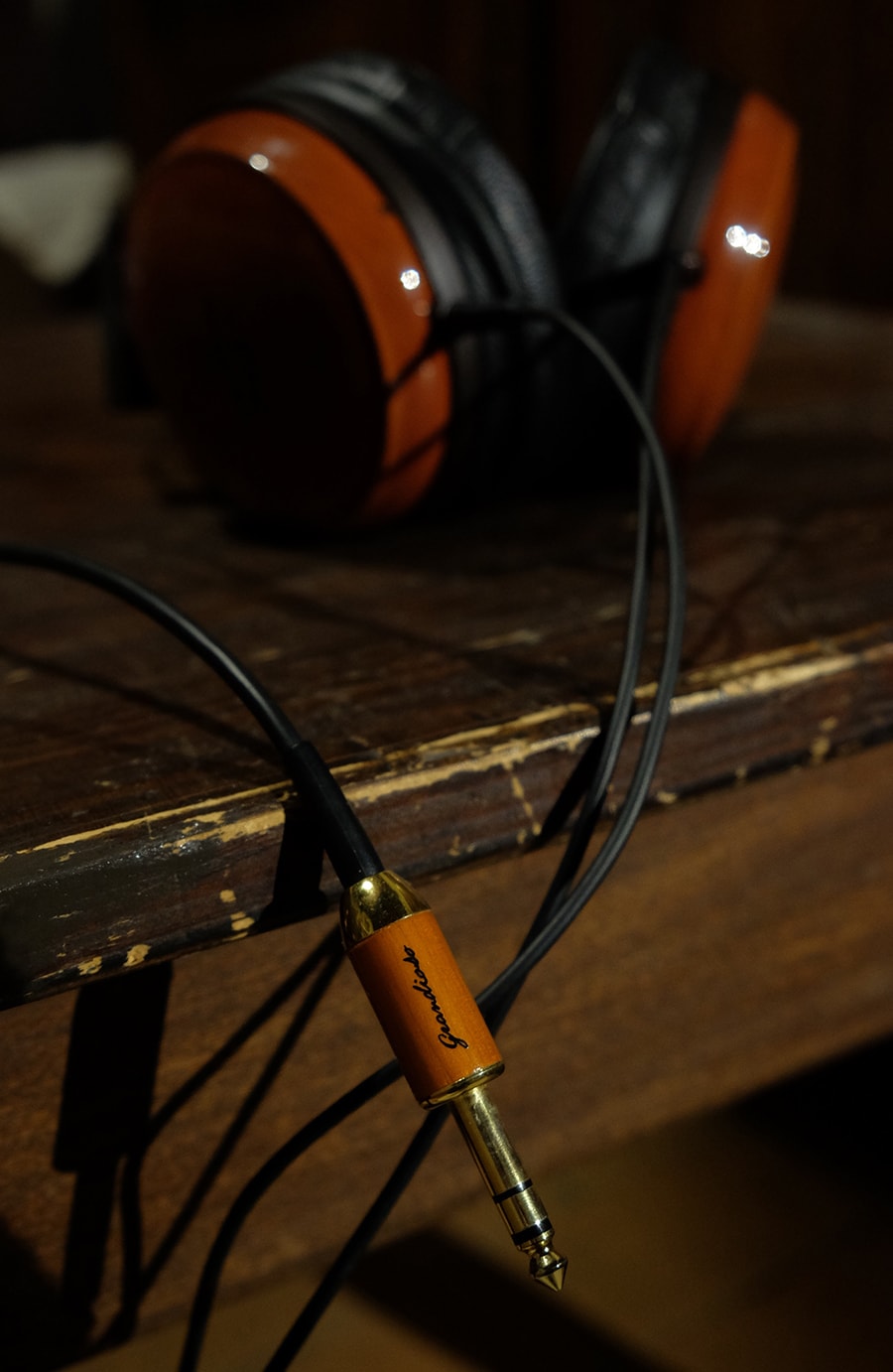 The earpads are slightly disappointing: They’re made of moderate-quality pleather and are not very deep (but they’ve been designed like that to achieve the sound they produce). They’re a bit angled, and so is the 53 mm driver, which shares an extremely similar structure and housing with the AD series.

The cable is 3 m long and a bit stiff, but the wooden 6.35 mm finish is pleasant to look at. Unfortunately, there’s no detachable cable, and another downside is the lack of additional accessories in the package.

I was hesitant about purchasing these because of my previous experience with a 3D-wing headband system from Audio-Technica (the AD900X), which was too large for my head—no matter how much I tried to adjust it. 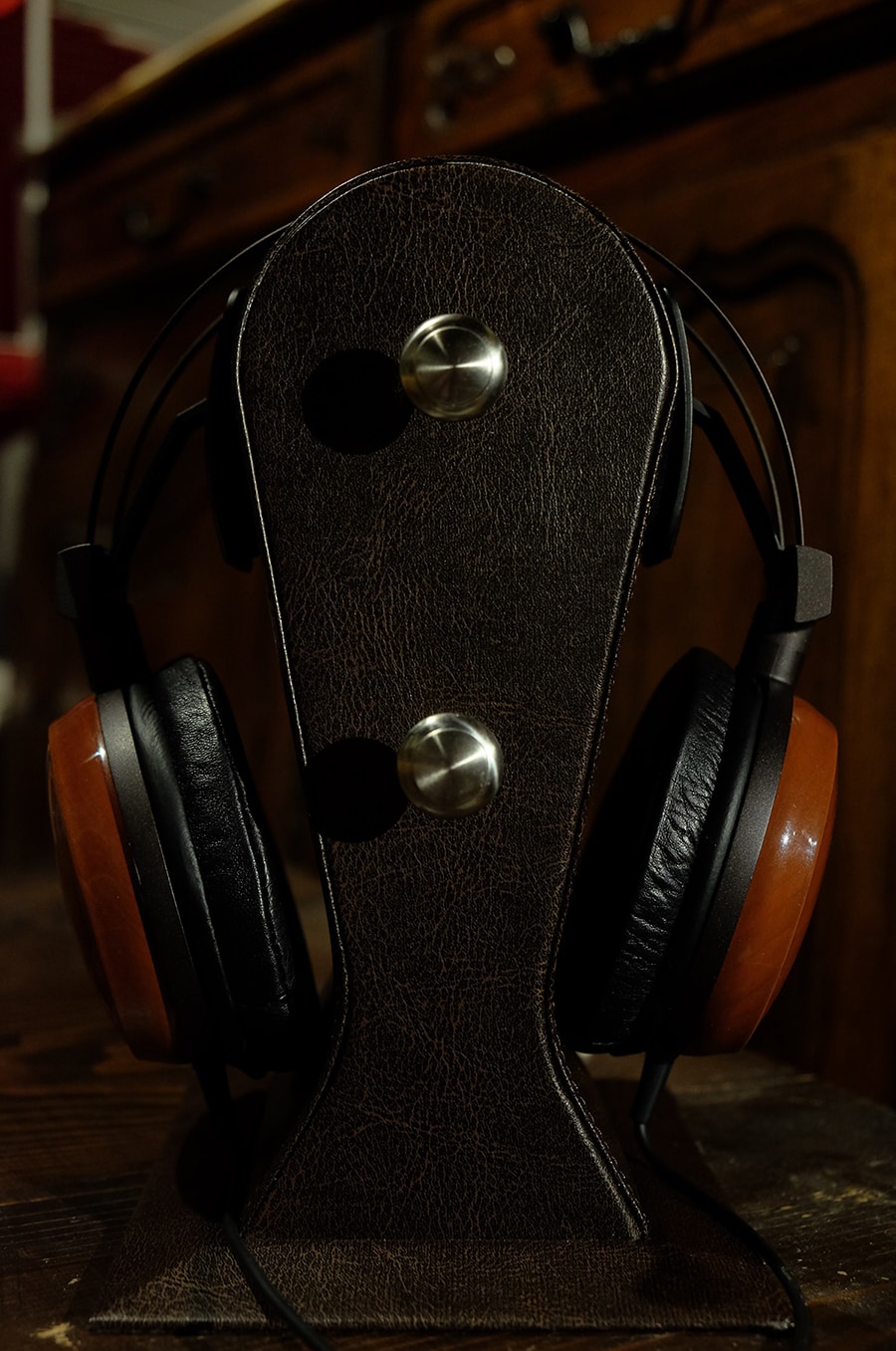 Fortunately, this doesn’t seem to be an issue with the W1000X. The pleather earpads, as well as inner opening, are smaller in diameter when compared to the pads of the AD900X. My ears aren’t swimming inside, and I get a firmer seal from the pads and the headphones as a whole. (Note: I bought these secondhand, so the previous use could have bent the metal of the headband and made it tighter / more secure.)

The headphones are quite comfortable, with the woodie weighing a moderate 350 g. And, naturally, there’s no pressure on the head. However, the pleather means you should get ready for some sweating; so, for long listening periods, contact with the pads is less enjoyable than it would be with any velour pads.

When reading about the W1000X, I noticed that many people swap the stock pads for W5000 ones. I bought a pair from Japan (distributor prices in Europe are a joke) and installed them on my model. And indeed, what a change! TheW5000 pads are slightly larger than the stock ones, they’re made of real leather, and are much more comfortable (which means less pressure and less sweating).

I used these headphones for a long time before writing this review, and one thing’s for sure: They do not have a neutral or even balanced tonality.

The bass response feels a bit dated; there’s a moderate impact at 100 Hz that gives enough punch, but that’s it. The problem is that this punch is not followed by any depth since these headphones are definitely weak in their sub-bass extension.

The low-end isn’t better than open headphones like the Sennheiser HD650, which is definitely disappointing. It seems that most of the open lines from Audio-Technica (the Wood models and the Air series) aren’t designed for giving a good bass response. 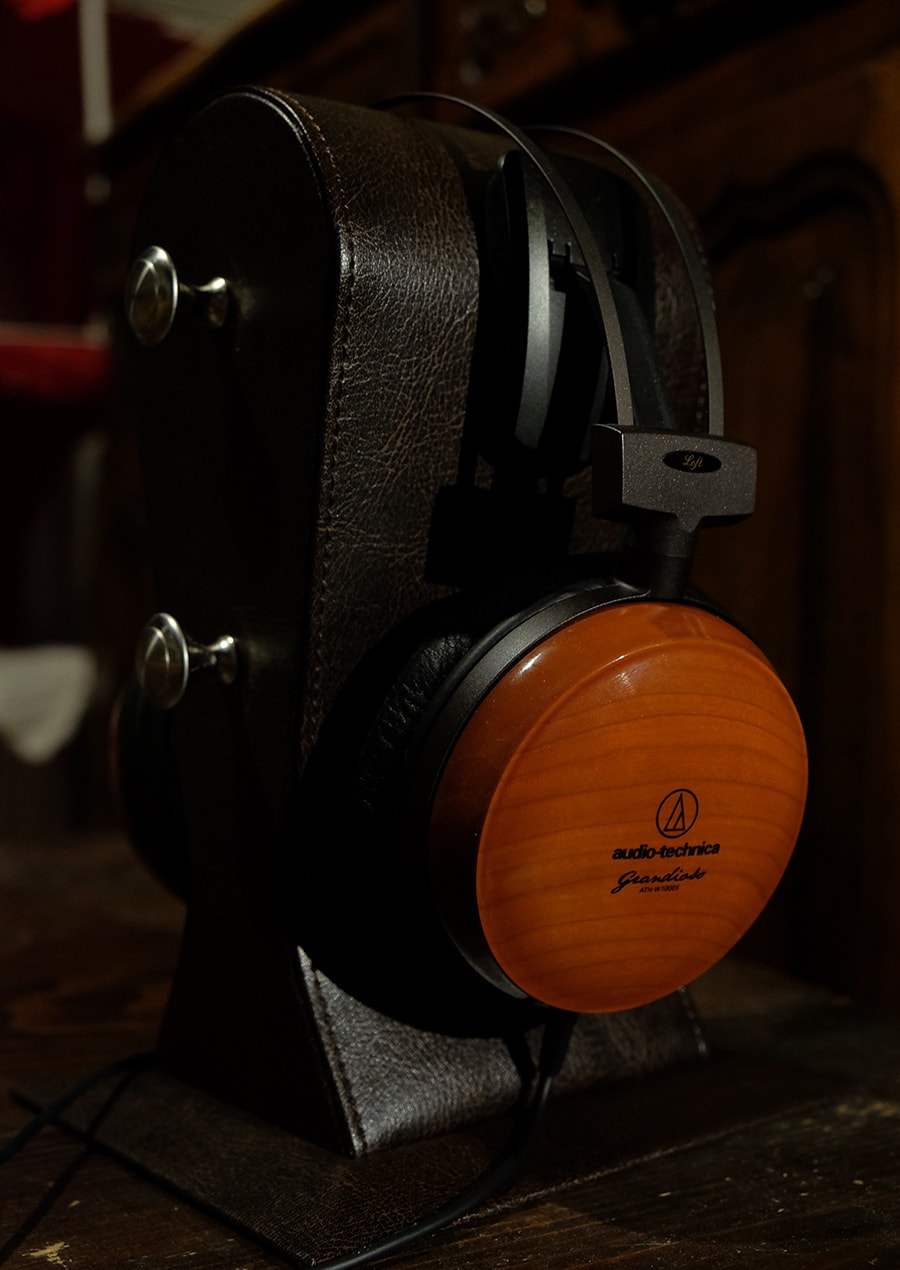 The mids are somewhat distant but at the same time lively. I find them a bit uneven, not lacking in body but in cohesion. Based on the InnerFidelity measurements, there’s a dip at 450–650 Hz, which might be why I find the mid-range a bit strange.

However, the upper region and presence area (1.5–3.5 kHz) are nicely integrated, without any harsh peak. Female vocals and string instruments are pleasant to listen to, just like the AD series.

The highs are bright. There’s a good peak at 10 kHz, which is easily 4–5 dB higher than what I usually like. Luckily, I find this peak a bit narrow, so it doesn’t add a sharp piercing impression to the whole treble region. But on every track with an emphasized part at 10 kHz, there’s a strong energy coming from this frequency that really bothers me. I would say it’s 2 dB stronger than an AD900X or a DT880.

The W1000X presents a pronounced coloration, which sounds far from balanced to me. Some headphones, such as the Fostex TH-X00, sound more harmonic. The tonality is on the bright side, but at the same time, there’s some warmth coming from the bass bleeding into the lower-mids.

The soundstage is actually quite interesting and large, but not impressive since it’s not really a sealed headphone (the isolation being just a tad better than any open can).

The W1000X isn’t a particularly fast pair of headphones; I wouldn’t rank it higher than most headphones priced at $300–$400, despite its original price of $700. Being a bit heavy on the highs doesn’t necessarily make it more detailed. 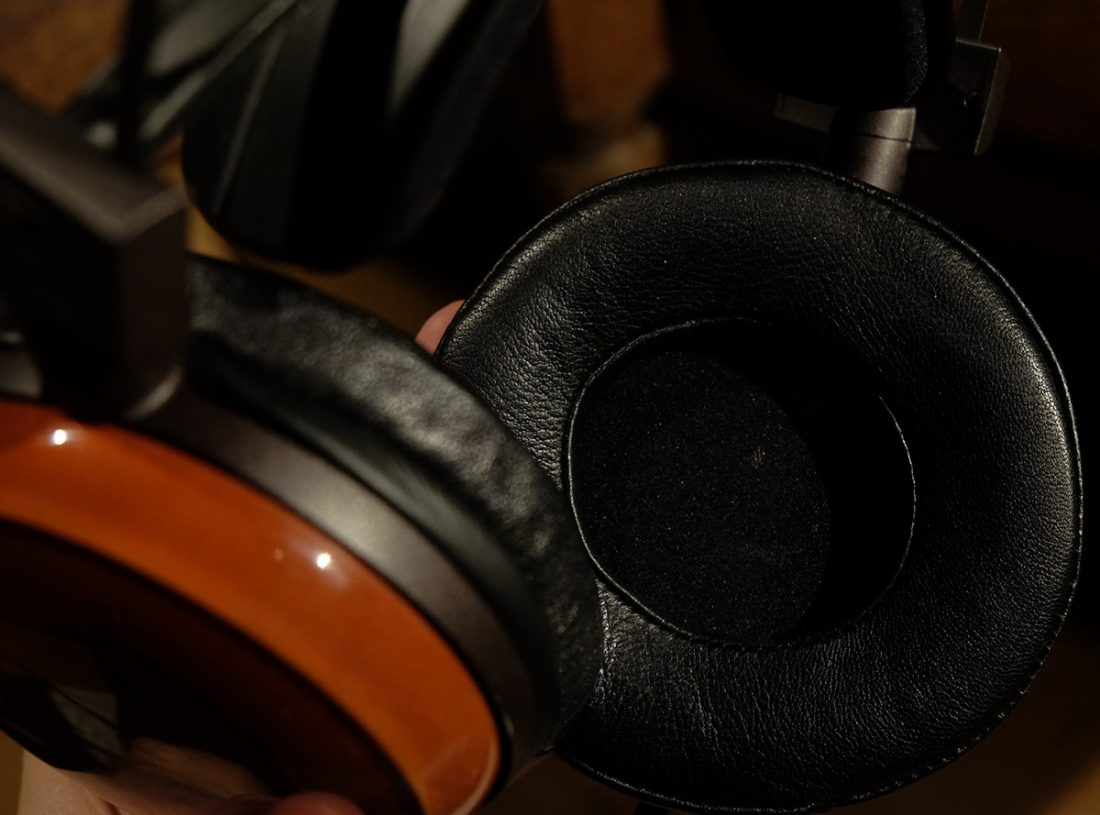 Like a lot of open Audio-Technica headphones, the W1000X is a niche headphone that partially features the house sound of the company (which has nothing in common with the more popular ATH-M50X, bass heavy, and V-shaped).

I don’t recommend this model to someone looking for an all-rounder; it’s more of an esthetic canon with a flavorful signature sound.

The release retail price ($600–$700) was too high, and you would have certainly paid a lot for the cherry wood (as beautiful as it is). Today, a used W1000X can be found for around $300, which is a good deal. Make sure that the attached wire is in good shape and that the earpads aren’t totally worn-out; otherwise, I recommend adding an extra $50 for brand-new W5000 pads.