The P1 Max have a safe tuning, but are they inoffensive to a fault?

Thank you to TinHiFi for providing the P1 Max for review purposes.

Planar magnetic IEMs are all the rage nowadays. It is a rather amusing trend given that most of them have timbral issues, large shells that may not work for smaller ears, and they lack the staging and imaging of many dynamic or BA driver IEMs.

TinHiFi has been releasing full-range planar magnetic IEMs long before the recent trend. The TinHiFi P1 Plus, P2, and the flagship P2 Plus use smaller planar drivers that are very difficult to power. The P1 Max address this drivability issue by adopting a more efficient, larger diaphragm driver. 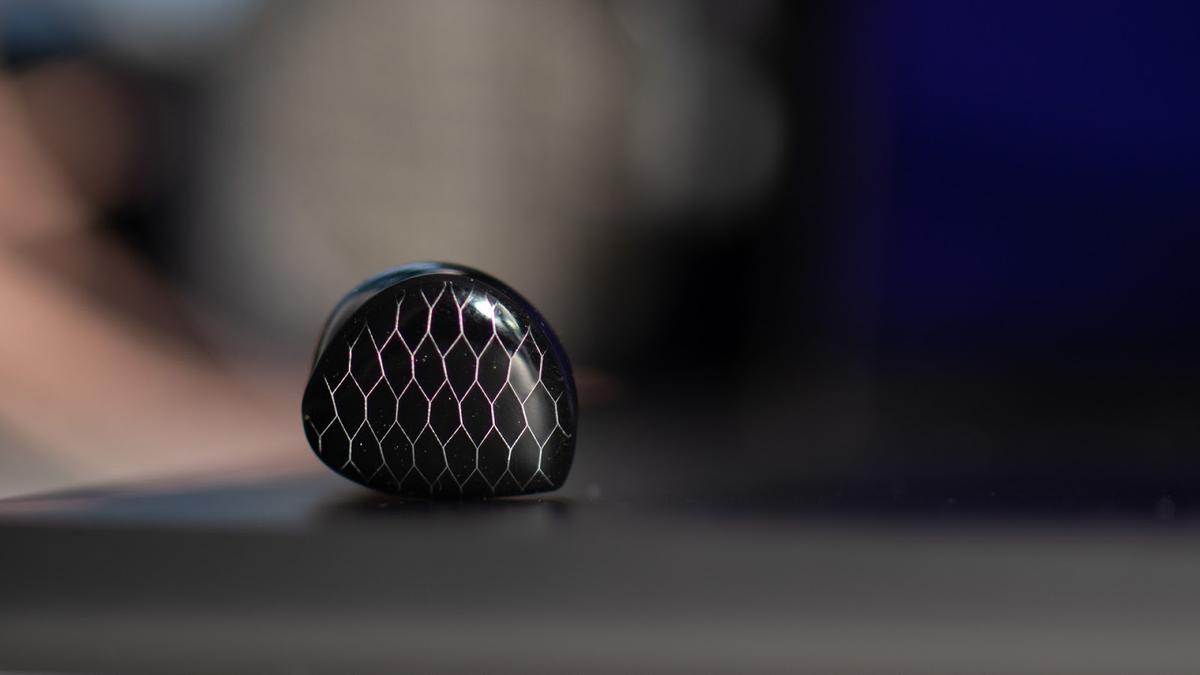 A warm, laid-back tuning is not commonplace in the IEM space, and theP1 Max fill that gap. The P1 Max have their share of imperfections. The shells are bulky in size and can cause discomfort. The bass doesn’t sound as fast as I’d hoped, and the treble rolls off too early, resulting in a loss of resolution at the top. Staging and imaging could also be better, but that applies to most planar IEMs in the market.

So are the P1 Max good enough to stand out among the crowd, or are they just another also-ran? Let’s find out.

While I do not mind the minimal packaging, I wish TinHiFi supplied a proper carry case with the P1 Max.

The foam tips offer great isolation but hamper dynamics and dull the sound.

The stock cable is excellent. Unless you want balanced termination, there is no need to swap this cable for a third-party offering. I wish TinHiFi allowed the buyers to select their choice of termination at the time of purchase.

TinHiFi chose resin for the shell material on the P1 Max. As a result, the earpieces are very lightweight. This aids in comfort but somewhat reduces the premium feel.

The faceplate has a printed honeycomb pattern. There are two vents on the inner side, on both sides of the channel marker. The nozzle is also plastic and has a metal mesh.

TinHiFi went for flat 2-pin connectors. I personally prefer the connectors to be recessed into the chassis, as that improves stability.

Overall, a basic shell design that works well without being too flashy.

There’s no getting around this: the bulky shells of the P1 Max can be uncomfortable in the long run.

The “bulge” on the inner side is the main culprit, as it presses against my ear and causes discomfort. As such, I highly recommend auditioning the P1 Max before purchase.

Isolation is about average since the large shells do not sit flush with the ear. Foam tips offer better isolation at the cost of resolution.

The diaphragm thickness is 2 microns, and the voice coil is aluminum. Aluminum is lighter than copper but also less conductive, so the trade-offs depend on the design of the voice coil.

The following sound impressions are formed with Spinfit CP145 tips and a Questyle CMA-400i as the source. Test tracks are available on Tidal as a playlist.

The sound signature of the P1 Max can be summarized as warm and laid-back.

Most planar driver IEMs in the market target a detail-heavy tuning, with a noticeable emphasis in the treble and upper-midrange. TinHiFi decided to tone things down with the P1 Max, but at times they are dialed down a tad too far.

The lows are elevated without being overdone. There is some mid-bass bleed into the lower-mids, thickening the timbre and slightly masking low-level details.

Bass texture is decent, though I miss the planar speed at times. Bass slam is not as prominent as certain dynamic-driver counterparts.

Overall, the bass here adds rhythm and body to the presentation rather than visceral punch and grunt.

Due to the aforementioned masking of low-level details, baritone vocals may sound “stuffy” at times. The rise towards the upper-midrange (peaking around 2kHz) begins too early, thus adding some nasality to certain vocals.

Female vocals are somewhat restrained, with extremely high pitches not having as much energy as expected. String instruments sound somewhat blunted, though this can add a pleasant coloration to some acoustic tracks.

Nonetheless, this tuning avoids all shoutiness and harshness, so that’s a plus. On the downside, the energy of electric guitars and the sharpness of acoustic guitars are over-dampened.

Treble lacks airiness and starts rolling off early, around 9.5kHz.

The treble on the P1 Max is fairly even, lacking the abrupt peaks and dips of some of their planar-magnetic peers. The lack of airiness further allows the warmth to take over.

One good aspect of the treble is the timbre and a general lack of metallic sheen that plagues the other planar IEMs. The leading edge of cymbal hits lacks the rawness, but the overall sound is pleasant enough to overlook.

Staging is fairly narrow, partly due to the driver type and the lack of upper-treble extension. Fortunately, layering and separation are very good, as showcased in Landon Pigg’s Can’t Let Go (Acoustic version).

Imaging is nothing to write home about, with fuzzy delineation between the ordinal and cardinal placement of instruments. Center imaging is also hampered with subtle shifts to the left or right channel being pushed too far on the one side or just being played around the center.

Macrodynamic punch is lacking, as sudden bass-drops or crescendos lack the authority I prefer. The lack of bass-slam and rolled-off upper-treble might explain this deficiency.

Microdynamics (subtle gradations in volume) are well articulated, being one of the strengths of the P1 Max.

Despite being a planar IEM, the P1 Max do not sound particularly fast due to the softened leading edge of notes.

Vs 7Hz Timeless and Letshuoer Z12

The 7Hz Timeless kickstarted the current planar hype-train and are still one of the most popular planar magnetic IEMs around. In terms of build, 7Hz goes for a metal build and a more distinct circular faceplate design. Accessories are also better on the Timeless.

As for the sound, the Timeless are peakier in treble, which provides a sense of extra “resolution” but also gets fatiguing in long listening sessions. Staging and imaging are similarly average on the Timeless. The Timeless are noticeably faster in the bass, even though bass lacks slam in the default tuning.

Letshuoer Z12 are relatively new and have a more detail-oriented tuning philosophy. The shells are metal, similar to the Timeless, but have a more traditional shape. Among the three, the Z12 are my favorites in terms of design.

Accessories are better on the Z12 on paper, but the modular cable does not appear durable enough for frequent termination changes. Then again, the Z12 come with a good carrying case, so that’s a plus.

The sound signature of the Z12 is bright V-shaped, and clarity is the name of the game. The P1 Max sound noticeably softer and laid-back in comparison, with a flatter presentation.

Staging is also up-front on the Z12, but imaging is more precise. Macrodynamic punch has a visceral presence on the Z12, whereas microdynamics are better rendered on the P1 Max.

This extra detail comes at the cost of fatigue on the Z12, whereas the P1 Max can be listened to all day long. As long as you can handle the bulky shells, that is.

In conclusion, for those looking for the most exciting presentation, I’d recommend the Letshouer Z12. For those in need of a relatively balanced tuning with the typical planar speed and resolution, the 7Hz Timeless are a good option.

The P1 Max stand out as the only laid-back planar in this comparison and should cater to audiences who prefer a soothing signature.

I started out this review with one question: are the P1 Max good enough to stand out among the crowd?

The answer to that is a definite “yes.” A warm, laid-back tuning is not commonplace in the IEM space, and theP1 Max fill that gap.

The P1 Max have their share of imperfections. The shells are bulky in size and can cause discomfort. The bass doesn’t sound as fast as I’d hoped, and the treble rolls off too early, resulting in a loss of resolution at the top.

Staging and imaging could also be better, but that applies to most planar IEMs in the market. In the end, TinHiFi does enough to justify the market position of the P1 Max. I just hope that with their next release, they break a few more barriers and do not always play it safe.