Moondrop’s mid-range planar magnetic headphones keep their hopes of making it into the headphones market alive.

Thank you to Shenzhenaudio for providing the Moondrop Venus for review purposes.

Venus is the second planet from the Sun. The Moondrop Venus are the second headphones in Moondrop’s lineup.

Moondrop’s first-ever headphones, the Void, are an unfortunate disaster. They have an atrocious build, the pricing is way off-the-mark, and the sound is lackluster. 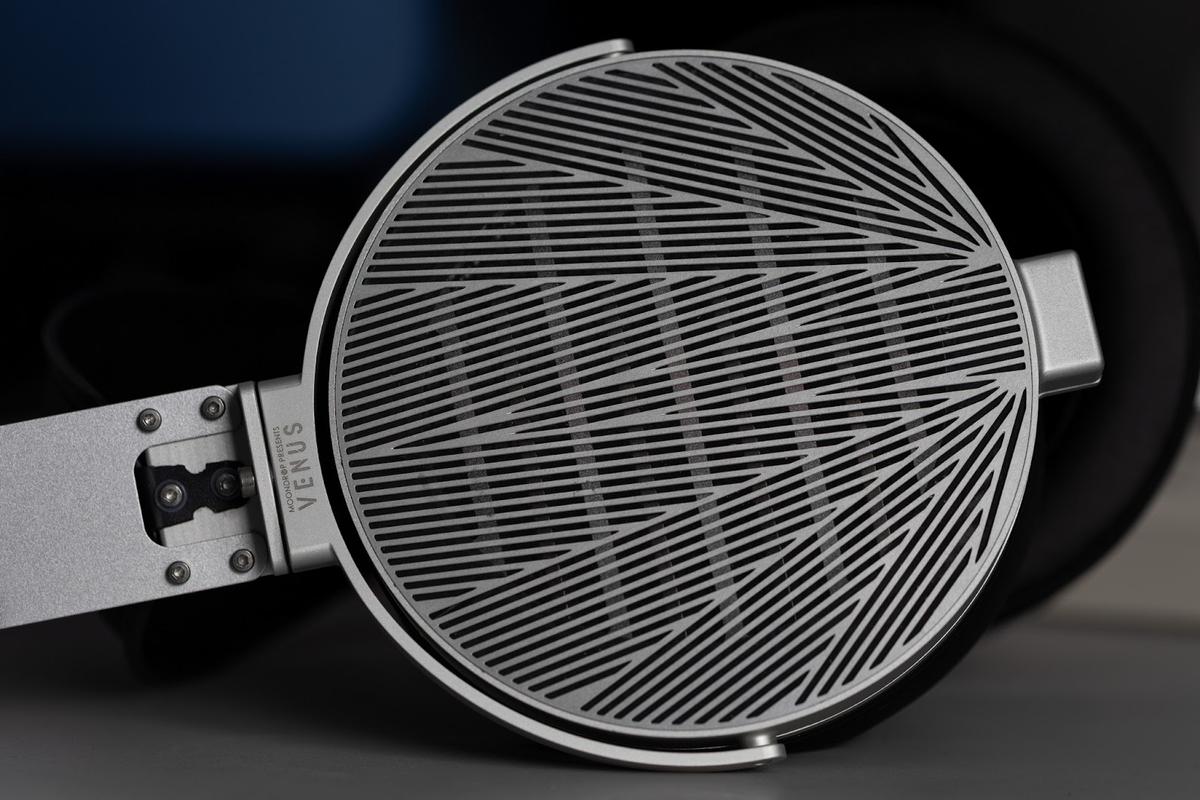 After the Void, Moondrop redeems itself with the Venus, as these are a viable alternative to the more established headphones in the market. Their midrange is spectacularly tuned and caters well to vocal lovers. Unfortunately, it’s not exactly a slam-dunk for Moondrop. If you need pumping bass, wide staging, or sheer resolution - the Venus won’t do. Also, the peaky treble is an issue that puts a spanner into the works, but it’s an issue plaguing many planars in the market, so I cannot single out Moondrop here. In the end, I recommend the Venus for those who love vocals, seek clarity, and are not too bothered by some mid and upper-treble peakiness.

The Venus are priced even higher, sport a planar magnetic driver, and have swapped the creaky plastic for aluminum and leather. An all-around improvement, prima facie, but how do they sound, and can they dethrone the status quo?

The packaging of the Venus is pretty heavy, weighing over 1 kg, even without any headphones inside. There is foam padding to keep the headphones protected during shipping.

While the basics are included, I would prefer a carrying case or pouch to be in the box as well.

The stock SPC cable is very good and should not require replacement unless you need a different termination.

The Moondrop Venus have an all-metal build, with only the auto-adjusting headband and the earpads made of leather. There is a reassuring heft the moment you pick them up.

The Venus can be disassembled by removing several screws holding the headphones together with the headband. This construction increases durability and facilitates easy repairs in the long term.

The earcups have a CNC-machined, hollowed-out design that allows a glimpse into the driver and swivel almost 180 degrees. There is a 3.5mm input jack under each earcup. One nitpick here is the pattern itself, which has sharp edges if you run your fingers across them.

The pads are circular and easily removed by tugging along the sides.

The earpads are pleather with perforations on the inner side. The self-adjusting leather part of the headband seems sturdy and offers good support even on large heads. The perforated metal part on the top is primarily there for structural support.

The yoke design is similar to older HIFIMAN models and some newer ones like the Deva Pro and HE6se. There is a full range of motion across the Y-axis and a good amount of side-swivel to adjust to most face types.

For a closer look at the build, check out this video.

Overall comfort is good, as the headband distributes the weight evenly across the top of the head. Moreover, the clamping force is on the lighter side, resulting in the earcups “hugging” your face rather than putting too much pressure on your head.

Unfortunately, the sheer weight (±550g without cable) of the unit makes wearing them fatiguing in the long run. I can last an hour and then need to take a break. Your mileage may vary if you are used to wearing heavy headphones, such as those Audeze cans.

Isolation is non-existent as these are open-back headphones.

Some of the extra weight can be attributed to the dual-sided magnet assembly and large drivers.

Moondrop uses a 100mm diaphragm planar magnetic driver, one of the largest in the market.

To add to the marketing blurb, the diaphragm here is “sub-nanometer grade” and has pure silver etching on top for the voice coil. There are 18 N52 magnets on each side of the diaphragm. The entire assembly is encased in a metal driver cage, which is not too common in most planars.

Moondrop has also adopted a high-frequency waveguide mechanism, similar to Audeze’s Fazor or HIFIMAN’s Stealth Magnet technologies. In essence, the magnets on the front of the diaphragm have rounded edges. This reduces the turbulence as sound waves pass through them, reducing distortion and interference.

The Venus have a mostly neutral tonality with a slight upper-mid and upper-treble forwardness.

The mid-treble is especially pronounced, which sensitive listeners may find fatiguing.

Bass response is mostly linear until around 40Hz, below which bass starts to roll off. As a result, sub-bass rumble is lacking, and kick drums, for example, lack physicality. Mid-bass could also do with a bit more body since snare hits lack some of their density.

Bass texture is above average but not as well done as some biodynamic driver headphones in this price range. Fast bass sections are rendered well, and notes do not bleed into each other. Overall, the bass response is competent without stealing the show.

Mids are the bread and butter of the Venus, as this is one area where they excel. Many planar magnetic headphones have a suck-out between 1 – 1.5kHz, resulting in some harshness and shrillness for high-pitched vocals.

Acoustic guitars, pianos, and string instruments have a lifelike timbre. The midrange is generally highly resolving on the Venus, and I prefer this tuning over other planars in this same price range.

The treble area has a couple of issues. Firstly, the peak around 9kHz can add an odd bit of sharpness to cymbals in tracks like Tool’s Chocolate Chip Trip.

Upper-treble has some strong emphasis near 13kHz (to my ears) that adds “tizziness” to the sound, resulting in sharp snare hits and occasional glare.

The Venus might be fatiguing in the long run if you are extremely sensitive to upper-treble. Those who like airy treble should have no problem with this peakiness. However, I find this peak too much, and EQ it down for a smoother listen.

Overall resolution on the Venus is as expected for the price tag. It won’t break new ground but isn’t inadequate, either.

Planar magnetic headphones usually need more power than their dynamic driver counterparts, and this applies to the Venus as well. Regardless of their technical specs, I need to turn up the volume knob higher for the Venus than for the Sennheiser HD650 to achieve a similar listening level. A good-quality desktop amp is recommended.

Imaging is above average for the price tier, with good left/right delineation, but the positioning gets fuzzy for instruments placed between the two extremes. Some of their peers fare better in this regard.

Microdynamics are rendered well, with subtle shifts in volume picked up for the most part. The effect is not as exaggerated as with certain TOTL headphones, but I have heard worse in this range. Macrodynamic punch is lacking due to sub-bass roll-off and a general lack of slam on the driver front.

The Moondrop Venus showcase the typical planar speed. Busy song passages or high bpm music have the instruments well separated to identify each of them. Again, it’s not necessarily TOTL level, but what one should expect below the kilobuck range.

Another aspect of these headphones that stands out is how “full” they sound, even at lower volumes.

The fullness can be attributed to the tuning that Moondrop went for, which allows you to listen to all the frequencies clearly without pushing the volume up too high. Low-volume listeners, rejoice!

The biggest problem the Venus faces is the established market competition.

HIFIMAN has a stronghold when it comes to affordable planars, and the HE-6se V2 are hidden gems. If you have a powerful amplifier, these headphones put to shame most of the offerings under the USD$1000 mark.

On paper, the HE-6se V2 are much pricier than the Venus. However, they are on near-constant sale (on Adorama) and can often be snagged for around the same price as the Venus.

The Venus are more comfortable overall (for shorter sessions) and have a better build and finish. The HE-6se V2 focus more on sound and offer slam and dynamics that very few competitors can manage. They are more resolving, though they can be a bit peaky in the lower-treble, and the mids are not as “smooth” as the Venus.

Soundstage is similar between both, but imaging is superior on the HIFIMAN. I pick the HE-6se V2 for most listening, while the Venus is reserved for vocal-centric tracks.

The HIFIMAN Ananda are another great option in this range. They have expansive staging and an airy signature. Too airy, at times, even more so than the Moondrop Venus. I prefer the bass on the Venus, which sounds less dry than the Ananda. It’s the same for mids.

As for treble, the Ananda are more fatiguing to my ears but seem to offer more “detail” when A/B’ed directly. The comfort is again better on the Moodrop headphones.

Overall, I pick the Venus over the Ananda.

After the Void, Moondrop redeems itself with the Venus, as these are a viable alternative to the more established headphones in the market. Their midrange is spectacularly tuned and caters well to vocal lovers.

Unfortunately, it’s not exactly a slam-dunk for Moondrop. If you need pumping bass, wide staging, or sheer resolution – the Venus won’t do.

Also, the peaky treble is an issue that puts a spanner into the works, but it’s an issue plaguing many planars in the market, so I cannot single out Moondrop here.

In the end, I recommend the Venus for those who love vocals, seek clarity, and are not too bothered by some mid and upper-treble peakiness.