Check out what the 10 best professional PUBG players in the world are using right now.

PlayerUnknown’s Battlegrounds was arguably the one battle royale game that started it all. However, since the game first gained mainstream popularity way back in 2017, the hype surrounding the OG battle royale title has faded, with the majority of PUBG’s most popular streamers having already moved on to playing other more popular battle royale titles.

Mind you, that doesn’t mean that PUBG has faded into obscurity. The reality is far from it.

PUBG may no longer be the media darling that it once was, but it has built itself a thriving and growing competitive scene. In fact, the competitive side of PUBG has already given away north of $10 million in prize money across dozens of tournaments over the past two years.

As a result, PUBG’s steadily increasing number of competitions and competitors are now forcing players to find ways to gain an advantage.

Some professionals and aspiring amateurs resort to tweaking their in-game settings, adjusting their DPI and resolution in hopes of improving their gameplay if only ever so slightly. Meanwhile, some resort to using different and more expensive mice.

Today, we’re here to focus on the top PUBG professional players. Specifically, on what kind of gaming headsets they use to outlast and outrank the opposition en route to securing huge paydays.

What headset does LionKK use?

LionKK is the star player on the Chinese team, Oh My God. He also has a legitimate argument for being the best PUBG player in the world. In fact, he was easily the best player at the 2018 Global Invitational, which featured the largest prize pool in PUBG to date at $1 million. There, he took home the “Most Kills” and “Longest Survivor” awards as he helped Oh My God win the tournament.

Despite using mostly FPS-oriented Zowie-branded peripherals, LionKK uses the HyperX Cloud Flight to listen in on key moments in the battlefield.

A solid if unspectacular headset, the HyperX Cloud Flight will not wow you with its features nor its looks. It’s a simple wireless headset with an over-ear design. But, what it lacks in aesthetics, it makes up for in reliability and durability. It also works right out of the box and is rated to last up to 30 hours of use without LEDs.

What headset does Sambty use?

Sambty of Team Liquid is one of the most consistent pro players in all of PUBG, having secured high placements in most if not all of its notable tournaments. This includes a second-place finish at the 2018 Global Invitational and another runner-up placement at the IEM XII Oakland PUBG Invitational back in 2017.

For his gear, Sambty uses a variety of gears. But, for his gaming headset, he has the HyperX Cloud Revolver S.

It’s the addition of the 7.1-channel surround sound through the Dolby DSP, however, that ups the overall experience and immersion when using the HyperX Cloud Revolver S.

What headset does ibiza use?

Another Team Liquid player, ibiza shares most of his career accolades in PUBG with Sambty, his teammate. However, he’s raked in just a thousand or so dollars fewer in career earnings compared to his teammate after having a not-so-fruitful start to his career with Team Kinguin.

Originally hailing from the Netherlands, the 23-year-old professional PUBG player is an atypical pro that prefers to use in-ear headphones in the Bose QuietComfort 20, even in LANs.

Released way back in 2013, the Bose QC20 is an odd choice, albeit not all too surprising. A highly effective noise-canceling headphone, the QC20 may only have above-average sound quality at best. But, it’s more than capable of filtering out outside noise. This allows the wearer to concentrate on whatever he or she is listening to. This is a crucial ability when playing something that requires concentration like PUBG.

What headset does jeemzz use?

Jeemzz is easily the most consistent fragger on Team Liquid. He is also one of the most cerebral players in the PUBG pro circuit. He is also celebrated for having once set the record for the most kills in a PUBG game at 29.

The HyperX Cloud II gaming headset is essentially a lesser version of the HyperX Cloud Revolver S that jeemzz’s teammate, Sambty uses. Or, at least, that’s in terms of price. Because, in features, there isn’t much difference between the two, as both offer 7.1 virtual surround sound and excellent sound quality, which is what’s important when you’re playing a game where audio quality is so crucial like in PUBG.

What headset does Loki use?

The star player of Gen.G, the 21-year-old professional PUBG player from South Korea is his team’s top fragger, with all three other members of the team more than willing to trade kills and scout ahead for Loki.

Considering how important communication is to how Loki and the rest of Gen.G functions, perhaps it’s no surprise that he uses the Razer Kraken 7.1 V2.

Although the Razer Kraken 7.1 V2’s main selling point is its pair of stereo drivers that’s able to set the stage for accurate surround sound reproduction, the side-mounted, retractable and flexible microphones’ voice clarity is what arguably drew Loki into using these headsets to help him in the lawless battlefields of PUBG.

What headset does EscA use?

EscA is considered a legend in the South Korean esports scene, specifically, when it comes to esports. The 28-year-old has played professional across 5 different esports titles.

In all five esports titles, EscA has won at least one Major title, including the 2016 Overwatch World Cup with South Korea and the third-party perspective portion of the 2018 PUBG Global Invitational with Gen.G.

Another professional PUBG player with a unique taste, EscA uses the Razer Hammerhead Pro V2 when playing as his go-to gaming headset.

These in-ear earphones are far from top-of-the-line. They’re barely mid-end either. But, the Razer Hammerhead Pro V2 packs all the essentials that a PUBG pro would arguably need to frag and survive, including a powerful bass with high-mid sculpting for proper audio balance. Not to mention, it’s arguably one of the more attractive earphones around, thanks to its metallic design.

What headset does Fuzzface use?

In PUBG, it’s not easy to determine which player is the best in their team, let alone the world. But, one of the factors that most people agree on would be the ability to survive and rack up points for their team quickly, which Fuzzface does so consistently well for the North American based organization, FaZe Clan.

As for his gear of choice, the long-time FaZe Clan player prefers to use Steelseries, including the Steelseries Arctis Pro.

A premium headset through and through, everything about the SteelSeries Arctis Pro just screams high-end, from the aluminum frame to its elastic suspension band to its laundry list of features, including but not limited to stylish yet not overly obnoxious fully customizable LED lighting, a small external control console called the GameDAC and overall, a no-frills package that works just as intended out of the box with very little to no configurations needed.

What headset does Scoom use?

The former Team Liquid standout has definitely seen better days. After bidding farewell to the North American organization, the 27-year-old Gibraltarian PUBG player signed with Team Reciprocity, where he has struggled to enjoy the same kind of successes that he once did with his former organization.

Easily one of the most affordable gaming headsets on our list, the HyperX CloudX doesn’t come with all of the bells and whistles. But, it does come with enough features to help give a PUBG pro like Scoom every advantage that he needs. This includes excellent sound quality and a soft-grip comfort with a lightweight design that shows that it was built to stay comfortable even after long gaming sessions.

What headset does Esther use?

One of the latest additions to the Gen.G PUBG squad, the defending 2018 Global Invitational champions, Esther has quickly proven his worth on the team. He may not be the star player that Loki is, but his support and map awareness is invaluable.

A fan of the slightly bulky but comfortable Razer Tiamat V2, Esther relies on the 7.1 virtual surround sound to listen in to what’s happening around him and provide support whenever needed, whether he’s playing in a LAN setting, or whenever he’s streaming to his thousands of fans from all over the world.

What headset does Sharky use?

An up-and-coming PUBG pro player from North America, the 20-year-old has done his fair share of the heavy lifting for Tempo Storm, leading a relatively unknown stack of players to back-to-back first-place finishes in Phase 1 and 2 of the National PUBG League.

Sharky uses the comfortable, stylish, and overall, near-flawless Sennheiser GAME ZERO to stay on top of his game.

Equipped with an incredibly competitive soundscape that improved sound clarity and filtered out the unnecessary noise, as well as a high-quality microphone that allows for clear and concise communication, the Sennheiser GAME ZERO is arguably one of the best gaming headsets around, high price tag be damned.

It’s not hard to see that gaming headsets are more of a personal preference thing. Even teammates prefer to use different types if not brands of headsets when playing. But, even though each player’s tastes are different, there is a lot in common among each player’s picks for their go-to headsets, including:

So, now that you know what the best professional PUBG players in the world are using, it should be a lot easier for you to shop for the proper gear for yourself, starting with the right gaming headset, so you can be the last man standing more often than not. 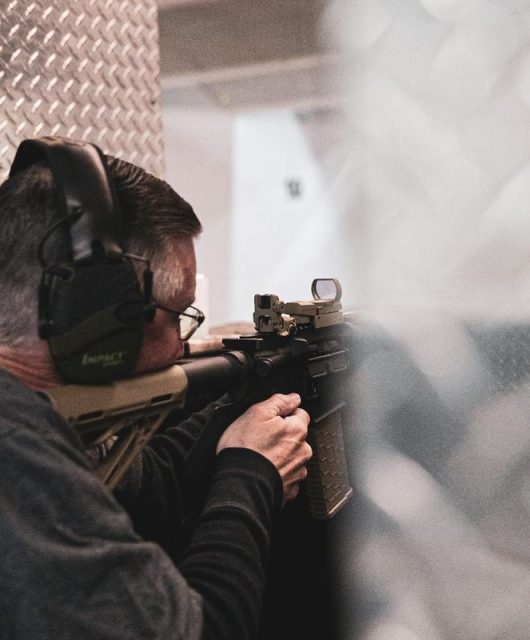 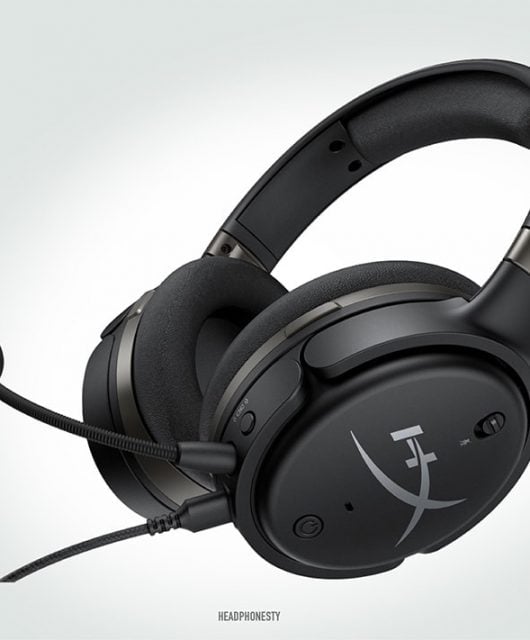 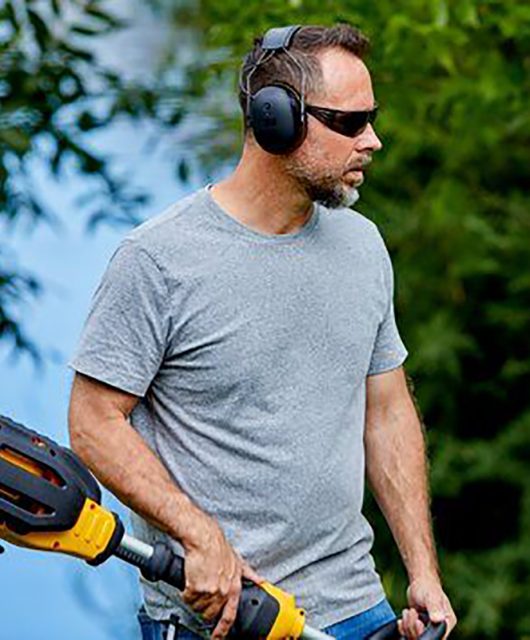 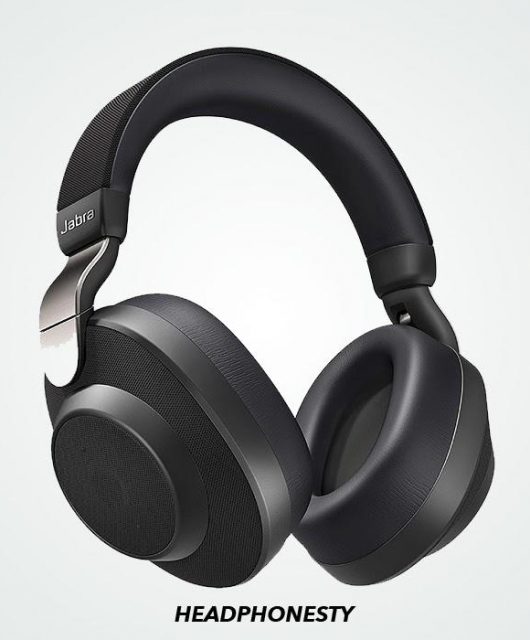 Why You Should Buy True Wireless Headphones (And Who Shouldn’t)