With the T2000, TIN HiFi brought some innovative features to the True Wireless market but the sound quality left much to be desired.

It is no surprise that Tin HiFi is tackling the true wireless market. The market has an insatiable demand for TWS, growing at more than 50% in the Q4 2019. The TIN HiFi has established themselves in the wired IEM market with their T-series (T2 Pro, T3, T4) , the T2000 is their first true wireless earbuds in their product lineup.

When the T2000 first arrived at my desk, three things piqued my curiosity.

But when is a feature still a feature, and not a gimmick?

How does the sound quality fare with the dual Nitinol diaphragm DD?

Despite its large charging case, it can only hold around 9 – 12 hrs of playback time. That will charge the earbuds for 3 – 4 times.

On the cover of the case, you will see two buttons and 6 light indicators on its cover. Only the 4 middle LED lights are used for battery and charging status.

The right button is the “Power” button which triggers the light indicators to light up to show the battery status of the case.

The left button is where we were the most interested in – a UV antivirus button. According to Tin HiFi, once you hold the button for a few seconds, it will emit UV lights to kill bacteria! You can even choose the intensity of the UV light.

A cool purple-ish blue strip and a blue LED will light up when the UV mode is on.

The earbuds are held on magnetically by the case and even with a few hard shakes, it sits snugly inside the case.

With wide grooves at the sides, the earbuds can be easily removed even with fat fingers.

From their press release:

The charging case built-in ultraviolet sterilization system delivers 365nm rays to cover all areas of the earbud to protect listeners from viruses and bacteria.

Weird location of the charging connector

The USB-C charging connector is located on the back of the case. Nothing wrong there, except that it is also situated at the cover instead of the bottom of the case.

If you are charging the case, it will hinder the opening of the case. An obvious UX mistake but somehow overlooked by the designer.

One thing the T2000 had to handle that no other true wireless earbuds need to bother is cable storage. The designer had to include a larger space to accommodate the cable within the case.

The 4-Core OCC cable is twined around a removable plastic contraption that fits nicely around the earbuds compartment.

Luckily I took a photo of the compartment before I unwind the cable.

Stowing the cable back to the case is madness

Taking the cable out of the plastic contraption is easy. But trust me, trying to wind it back is hell.

You have to begin winding it at just the right position so that the plastic contraption can be placed back in the case.

You can, of course, just force the plastic contraption back into the case. However, if done in the wrong manner, it puts extra stress on the strain relief of the cable, shortening its lifespan. It might also cause the cover to not close properly, preventing the earbuds from charging.

The build quality of the case is decent but a tad too plasticky for my liking. Opening and closing of the case feels solid and not squeaky.

The aesthetic of the case is an acquired taste. It has a militaristic-style to it and the “UV antivirus” button is the icing on the cake. For me, it is tilting on the “uglier” side of the charging cases that come across my desk.

This charging case is large and bulky. It can be large like the Sony WF 1000XM3 or SoundPeats TrueShift2 but still maintain a slim profile. The tall profile of the T2000 case makes it hard to slip it into a jeans pocket.

The battery life for the earbuds is pretty disappointing with just a playback time of 3 – 4 hrs.

There is no information of the earbud’s charging speed available but Tin HiFi did state the charging speed of the case which only takes 20 mins for a full charge.

The earbuds connect automatically to the source when the case cover is opened.

Both earbuds can be in mono-use mode. The transition between mono-use to dual-use is very seamless and there is almost no lag time.

The T2000 uses the classic mechanical button for controls which is my favorite type of control. However, the buttons are hard to click, unlike what I see from the Jabra TWS. I find myself poking the earbuds into my ear canal to register the actions.

As mentioned, the T2000 comes with an option to output audio over cable. So how does it work?

Switching between wired and wireless mode

When the T2000 is connected wirelessly, you can switch it to the wired mode by:

To switch it back to the wireless mode:

Out of the three things that I was interested in, I really like the choice of a wired mode. Knowing that I have the choice of wired playback as a backup, I need not worry about the relatively short battery lifespan of the earbuds.

The manufacturers just have to improve the look and the position of the connectors.

I find that the T2000 does not achieve a good seal with my ears. It still stays in place but the long nozzle and the stock double-flange ear tips don’t play well with my ears.

The earbuds also adopt a stem design where the MMCX connector is found. The ends of the stem looks abruptly cut-off, unlike the polish finish of the other true wireless earbuds with stem such as the AirPods Pro.

The body of the frame is thick, creating a high profile while worn.

The microphone works fine in a quiet setting. The voice sounded slightly hollow.

In a noisy environment, the earbuds don’t suppress nor separate the background sound well. This causes the voice to be muffled with the background noise.

The sound of T2000 is powered by 2 dynamic drivers made from Nitinol – metal alloy of nickel and titanium.

According to TIN HiFi:

This technology provides an acoustic performance that normal dynamic drivers are simply incapable of, and even faster transient responses than that of special beryllium coated drivers.

At the first few listens, the sub-bass was almost non-existent. But I realized it needed more power (higher volume) to reproduce the sub-bass response. However, this is unwise (See the treble section).

In general, the bass response lacks dynamism. The impact and explosiveness are average at best.

The amount of bass is also on the lean side, robbing the music of rhythm and drive.

The midrange is decently tuned. I prefer the upper mids over the lower mids. The vocals are more full-bodied and less recessed in the presentation. I find the lower mids slightly boxy (sound coming out of a box).

The treble gave me quite a shock. It is piercingly bright and songs with plenty of high-frequency effects like those in the EDM genre are fatiguing to listen to. The cymbal also sounds unbearably tizzy.

According to Linsoul (the distributor of the T2000), the TIN HiFi has fixed the treble issue. I will update the sound quality section once I receive the new review unit.

Other than the upper mids, there are little bright spots with the T2000 sound signature. The treble is unnecessarily bright. The bass only comes through at higher volume but you are unable to do that without killing your ears with the bright treble. 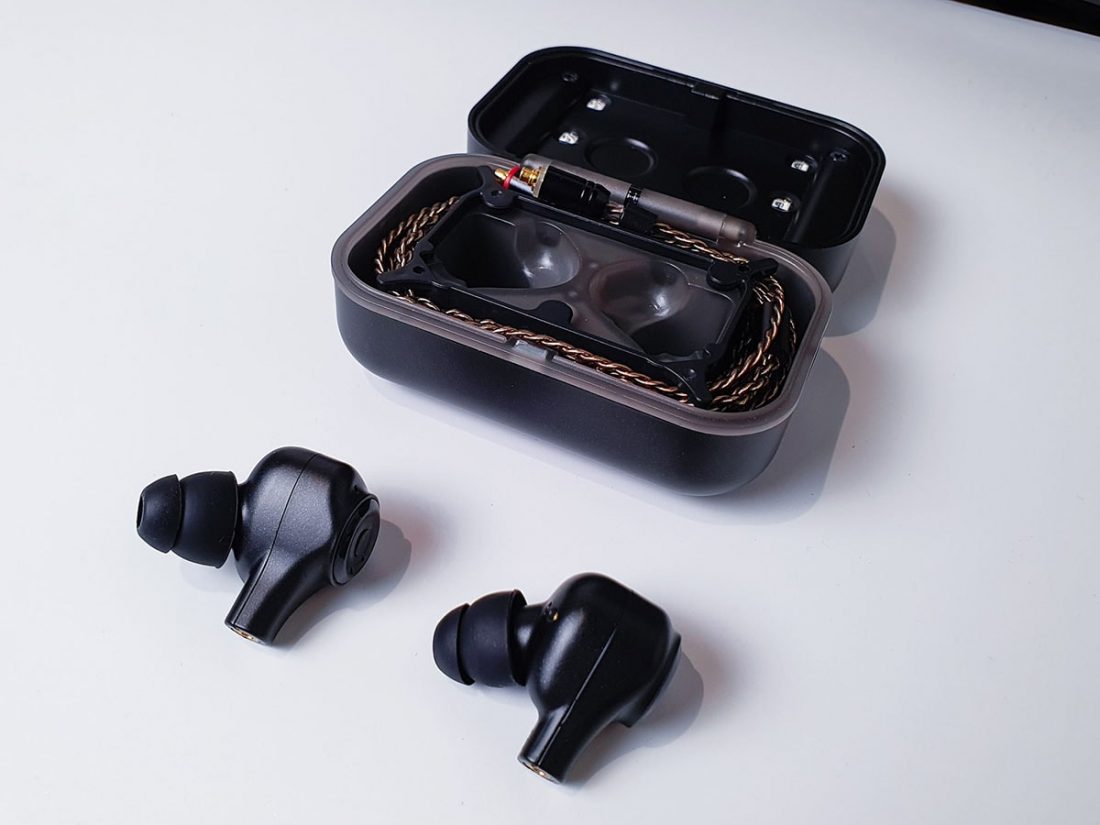 Using the same Bluetooth chip (RTL8763BFP) as SoundPEATS TrueCapsule, the earbuds deliver a stable Bluetooth connection. On average, I only experienced at most 1 – 2 slight connection dropouts for an hour of usage.