Various tips and tricks to get out of “Headphone Mode” on your iPhone.

Sometimes, even the simplest of things could be super annoying.

Imagine getting an emergency video call from your boss while you’re outside. As soon as you hit “Answer”, you see that your boss’ lips are moving, but realize that there’s no sound.

As you silently curse at your phone for acting up on that one important moment, you hit “End Call” while signaling to your boss that you’ll call back. Bummer.

You check your iPhone’s settings afterward only to find out that it says headphones are in when they are not.

As weird as it is, it’s actually one of the few known quirks in iPhones. The good news is, it can be easily fixed in most cases.

Looking for an Android Solution: How to Turn Off Headphone Mode On Android

Why Do iPhones Get Stuck in Headphone Mode?

It could be caused by a number of things, either on the hardware or software side. iPhones have a tendency to get stuck in headphone mode for some reason. Some of which might include:

These are just a few potential causes, but the truth is, it can just randomly happen for no apparent reason.

But as we’ve stated earlier, you can probably fix it using a couple of steps that we’ll share with you in a bit. So if you’re ready, let’s take a look at our first set of fixes that you can perform without needing any tools or special apps.

Software Issues: Simple Software Fixes to Get iPhones Out of Headphone Mode

On the software side, the iPhone “thinks” it still has headphones plugged in so we’re going to try a couple of things to “trick” it into exiting headphone mode.

The idea is to force the device to run its algorithms by restarting the phone, switching audio channels, changing network settings, or enabling flight mode

Let’s take a closer look at each one.

Plug and unplug your headphones

The quickest and most obvious solution (if it works). All you need to do is to gently pull out the headphone jack from the port for a few seconds then plug it back in.

Phones “know” when a headphone is connected via the circuit points in the 3.5mm port when they make contact with the ones in the jack. As soon as this happens, the phone will run its default algorithms to instruct its software to relay audio to the headphones.

Hopefully, somewhere along this quick unplug-and-plug process, the software gets a reboot and could now correctly recognize if headphones are plugged in or not.

If the step above doesn’t work, the next step is to restart the phone itself. This will allow the software to reboot and get a fresh start which hopefully lets it correctly recognize if there’s a headphone connected to it.

For an iPhone SE (1st generation), 5, or earlier

Airplane Mode is a setting in smartphones and tablets that lets you quickly turn off cellular, voice, WiFi, and Bluetooth connections.

This fix works best for Bluetooth headphones but is also worth a shot even when you’re using wired ones.

The quickest way to activate Airplane Mode in iPhones is via the Control Panel.

Connect to a different audio source or change audio output

Another way of rebooting the iPhone’s algorithm back to its normal state (without the headphone mode issue) is by connecting it to another audio source or changing its audio output (connecting to Bluetooth speakers or HomePods for example).

If you’re using iOS 11 and up, you can click on the AirPlay button within the Control Center to check if “iPhone” is included as one of the audio output options. If it is, tap it to instruct the iPhone to relay the audio to your phone’s speakers.

The last trick in our list of fixes via iOS’ own software is resetting the network settings. Our goal here is to essentially “re-format” all saved and existing connections (which includes Bluetooth headphones) to possibly force the phone to rerun its algorithms which hopefully reboots headphone mode back to its normal state.

To reset your iOS Network Settings, follow these steps:

This move will reset all your network settings (Cellular, WiFi, Bluetooth, etc.,) and remove all the passwords to connected devices

Hardware Issues: Hardware Fixes to Get Your iPhone Out of Headphone Mode

If none of the above fixes worked, then perhaps it’s a hardware issue.

Firstly, you want to check that your headphone jack isn’t stuck inside the port – because that would be an obvious cause for concern. Following this, take a look inside the headphone port. Is there any dirt, debris or lint stuck inside? This could be the culprit.

Let’s dive into how you might fix this, and other, headphone-mode inducing problems.

Remove any lint, debris, or dirt from the headphone jack

Start by using a flashlight to illuminate the headphone jack port and see if you can spot any lint or dirt. Then, using a Q-tip or paper clip, gently insert it and clean the inside of the jack. See the following steps for detailed instructions:

Use a paperclip (with tape)

At this point you have two options, the first is to take it to a repair center. Or you can go the DIY route and try the following tips to save your iPhone from water damage:

Did you know that leaving your headphones always plugged into the headphone jack could loosen its connection to the motherboard?

When this happens, it increases the likelihood of damage that could lead to errors like getting your iPhone stuck in headphone mode.

How to Get My iPhone Out of Headphone Mode if None of These Steps Work?

If you’ve run out of luck and can’t get out of headphone mode even after trying the steps above, then the next logical step is to take it to an Apple-recognized center for repairs. Avoid third-party shops that you’re not certain you can trust or rely on.

The next time you get your iPhone stuck in headphone mode, don’t panic. Whether the issue is caused by hardware or software, there are plenty of ways to get it fixed.

By now, if you’ve followed some of the instructions that we’ve outlined above, there’s a very high-chance that you’re no longer suffering headphone-mode troubles, or, having lip sync battles with your boss.

Hopefully, we’ve helped you solve those problems, meaning your headphone issues are a thing of the past! Did we help you get our phone out of headphone mode? What method did you use? If you have your own unique way of getting an iPhone unstuck out of headphone mode, we’d love to hear about it.

Let us know in the comments below! 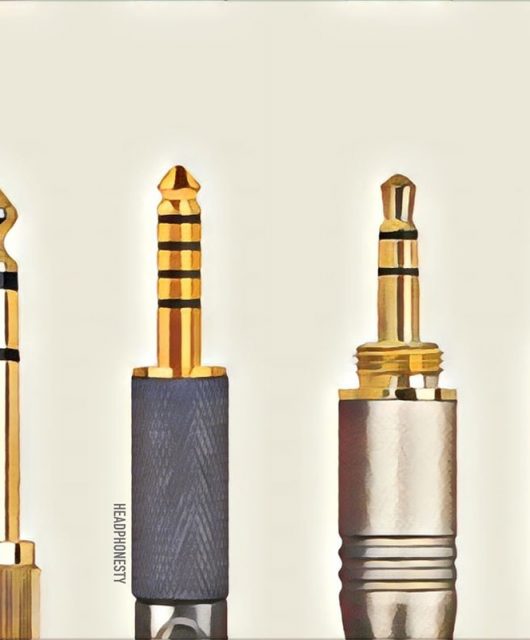 Headphone Jack and Plugs: Everything You Need to Know 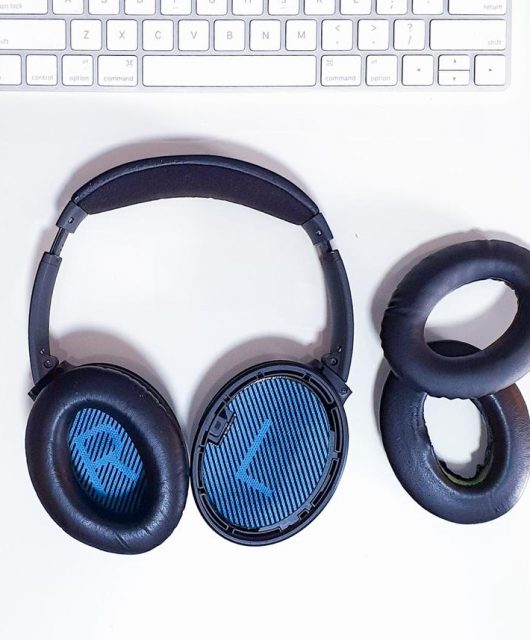 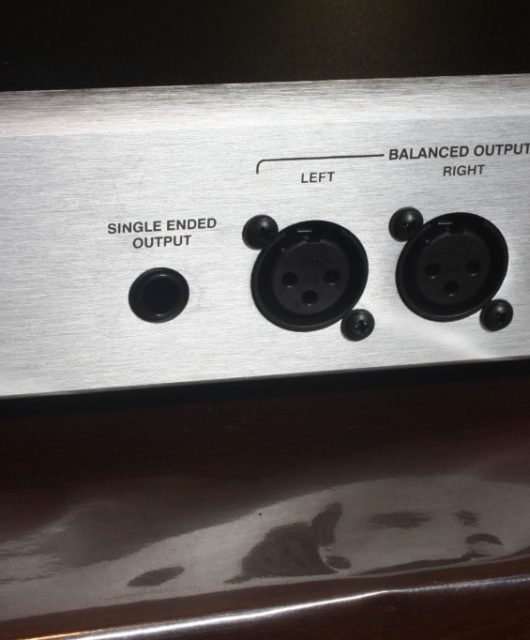 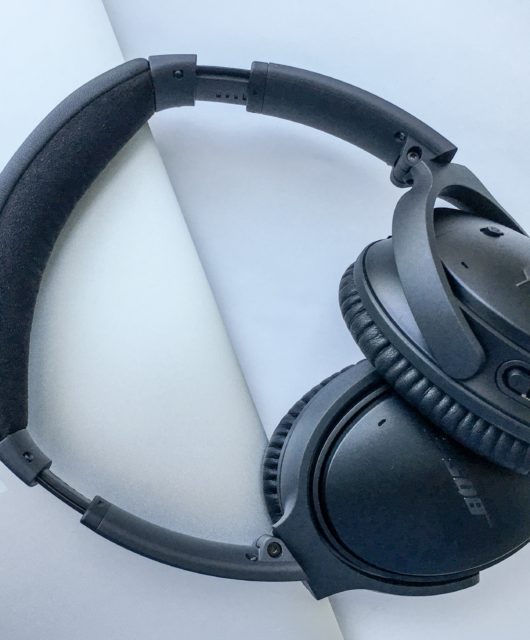 How to Reset Your Bluetooth Headphones [Ultimate Guide] 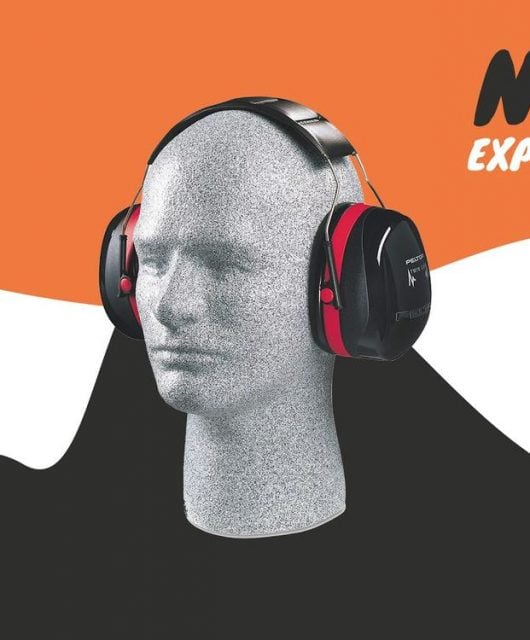