Windows Sonic vs. Dolby Atmos vs. DTS: Which Should You Go For?

A showdown between Windows Sonic, Dolby Atmos, and DTS to determine which spatial sound software works best for your headphones.

In order to enjoy movies and games at their full potential, it’s important that you consider surround sound capabilities. But there are different selections of spatial sound technologies available today. And it’s difficult to determine which one is most suitable for your setup.

In addition, there are other factors to consider such as compatibility issues and what specific platform you’re using it on. All this put together can be confusing and can lead to misunderstandings between what can work best.

That’s why we made this comparison article that details all you need to know about Windows Sonic, Dolby Atmos, and DTS for headphones.

What Is Spatial Sound?

Spatial sound, sometimes called 3D audio, is an enhanced audio experience where you can perceive sounds from all directions.

Instead of just hearing sounds coming from the left/right (stereo sound) or around you (surround sound), spatial sounds add an element of verticality that makes it so that what we hear is close to how we’d naturally hear it in real life. This adds a level of sound immersion that can’t be replicated by traditional surround sound formats.

Although we only have two ears, we can often determine the approximate location of sounds in three dimensions. Thanks to the collaborative work between our brain and ears, we can perceive the sound’s distance, elevation, and direction.

With that being said, spatial sound softwares makes use of strategic placement of sound sources in a virtual three-dimensional space to create that 3D sound effect. These also try to replicate head-related transfer functions (HRTF). It tells how an ear receives a particular sound and how that sound changes as it passes through the body.

The three leading spatial sound softwares today are Windows Sonic, Dolby Atmos, and DTS. Get a better grasp on their differences below.

What Is Windows Sonic for Headphones?

Windows Sonic for Headphones is Microsoft’s attempt at recreating the spatial sound experience for everyone on the Xbox One and Windows 10. It doesn’t have any specific physical equipment and hardware requirements to work. Instead, it uses software and virtual means to function.

You could have any pair of earphones or ordinary stereo headphones and still enjoy spatial audio.

Advantages of Windows Sonic for Headphones

There are a number of benefits of using Windows Sonic for Headphones. Here’s what you should know:

Disadvantages of Windows Sonic for Headphones

What Is Dolby Atmos for Headphones?

Dolby Atmos, developed by Dolby Laboratories, is spatial sound software technology that is available on several platforms such as Windows 10 and Xbox One. It can also be used on any TV, soundbar, or home theater setups.

Dolby Atmos and Windows Sonic work very similarly in providing the spatial sound experience. However, the former requires that you buy the software license and specific supported hardware in order to make use of the technology.

Advantages of Dolby Atmos for Headphones

Dolby Atmos has a lot of pros that make it a solid contender for spatial sound software. Be sure to take the following into account:

Disadvantages of Dolby Atmos for Headphones

On the other hand, Dolby Atmos has some downsides that you should consider as well. Here’s what you should take into consideration.

What Is DTS for Headphones?

DTS software is similar to Dolby Atmos. Yhe main difference is the former compresses audio metadata to a 4:1 ratio while the latter does so to a 10-12:1 ratio. What this means is that DTS, in theory, has more potential in producing higher quality sounds.

Advantages of DTS for Headphones

DTS for headphones is one of the leading spatial sound software in the market. As such, there are some advantages that should make it worth your time.

Disadvantages of DTS for Headphones

Windows Sonic vs. Dolby Atmos vs. DTS: Which One’s for You?

There isn’t an end all be all answer to this question. Determining which one is the best is highly subjective and requires that you take many factors into consideration.

People may say that one is better than the other, but the best way to find out for yourself is to carefully listen to the audio. With that, you can make the most informed decision.

For people on a budget

When it comes to general costs, there’s no doubt that Windows Sonic is the winner in this aspect. Coming pre-installed and accessible on every Windows 10 PC and Xbox One, almost anyone can make use of this spatial sound technology.

However, if you want to have 3D sound outside of those platforms, then Dolby Atmos is the one for you. You only need to make a one-time payment of $15 to enjoy spatial surround sound on your headphones or home theater setup.

Verdict: For people on a budget, Windows Sonic is the best spatial sound technology you can get. It’s free and comes pre-installed on every Windows 10 PC/laptop and Xbox One for easy access.

When it comes to gaming, the debate is heated between Dolby Atmos and DTS. The short answer? Both will greatly improve your gameplay by providing more immersive 3D audio.

However, most gamers believe that DTS is the best for gaming. This is mainly due to the expanded sound and spacious profile that DTS provides especially on headphones. This isn’t saying that Dolby Atmos or Windows Sonic fail to achieve this, it’s just that DTS has a more noticeable effect.

As for movies, Dolby Atmos has been a staple standard in the industry for the longest time. Because of that, it’s best to go for Dolby Atmos since many platforms and movies support this technology. Some of these platforms are Amazon Music, Apple TV, and Disney+. Additionally, many TV shows and movies on Netflix also support Dolby Atmos..

Verdict: Dolby Atmos is the standard in most movies, films, and TV shows on major streaming platforms such as Netflix. As such, it’s best to use Dolby Atmos in order to guarantee the biggest collection of supported movies and shows.

For the best spatial sound experience

As mentioned earlier, choosing the best spatial sound technology is highly dependent on your specific needs and personal preferences. It’s best to take all other factors into consideration so that you can determine which one is the right one for you.

To get a better idea, put on your headphones and listen to this comparison video that showcases the three spatial sound software we’ve discussed.

How to Activate These Virtual Surround Sound Softwares

There are different ways to activate these surround sound softwares and each is highly dependent on what platform you’re using them on. However, it’s good to know that the 3 can all work on PC and Xbox One.

Check out our article for a detailed look at how to activate Windows Sonic, Dolby Atmos, and DTS.

Watching movies and playing games with virtual 3D sound is an experience like no other. The organic movement of sound adds a whole level of immersion that vastly improves the overall experience. With this article you should now be able to take all factors into consideration and find out which spatial software technology is right for you.

Keep in mind that hearing is believing. So take the time to listen to comparison videos in order to get a better feel of which system you’d prefer more.

We hope this article helped you in understanding these spatial sound technologies. If you have a preference between the three, please let us know in the comments down below. We’d love to have a discussion and hear what you have to say!

Whether it's writing articles or writing code, I'm an IT guy that just so happens to know how to do both. Although I'm no audiophile expert by any stretch of the imagination, I do have a distinct interest in music, with my tastes constantly changing overtime. For me, music and video games are immersive experiences that are only heightened through the best audio quality. That's why I've learned how to appreciate a good pair of headphones.

Review: Shanling ME80 – Being Different Delicately 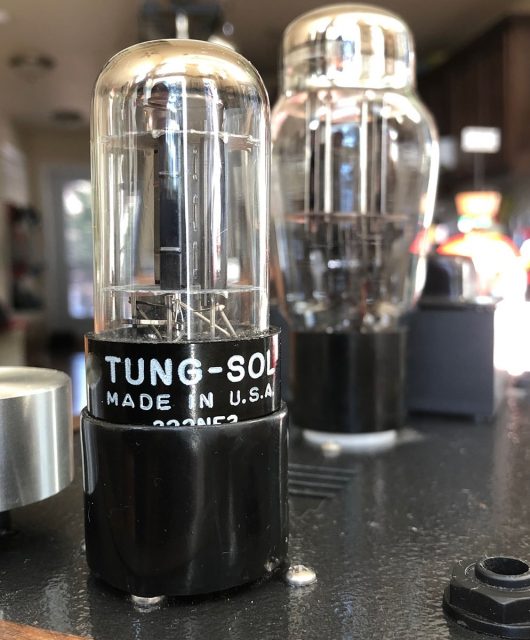 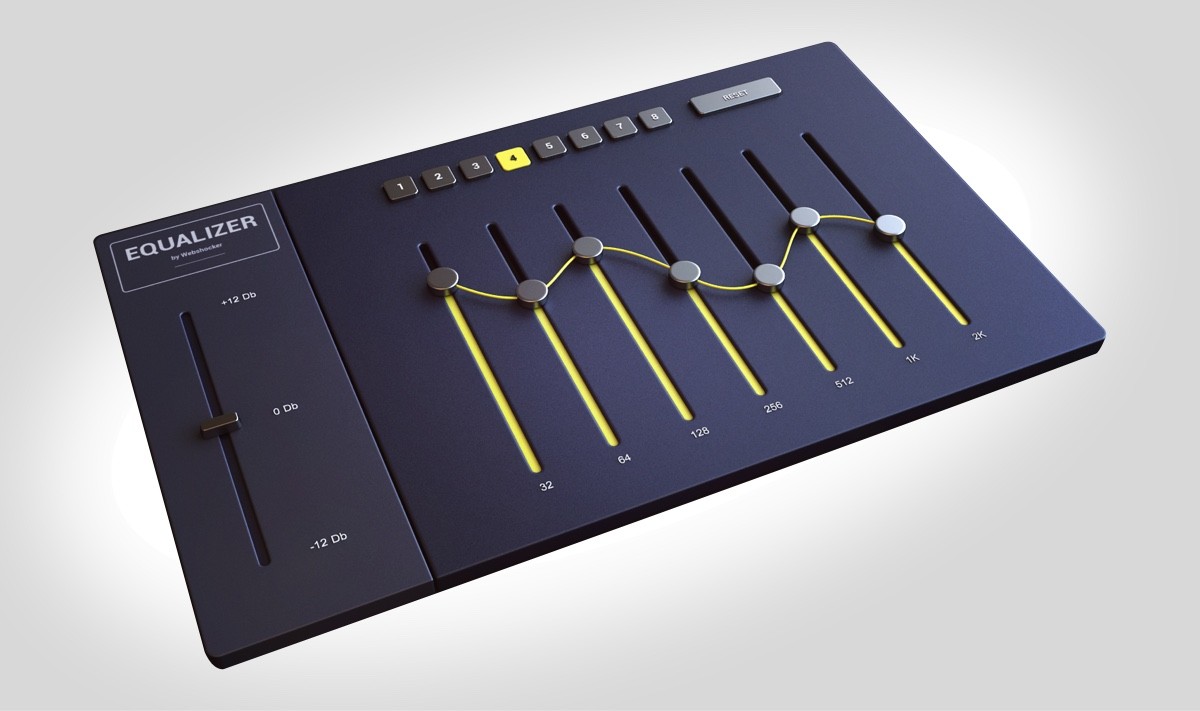 What does a V-shaped sound signature mean? 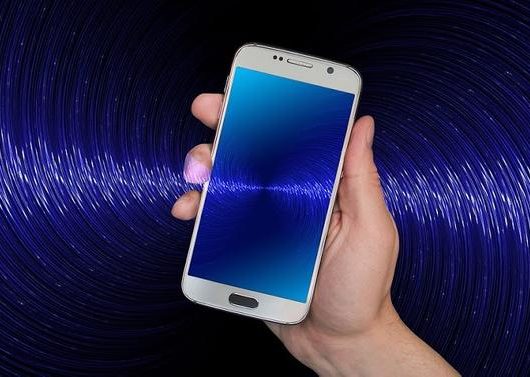 Is Bluetooth Safe? The Truth Behind Radiation Concerns 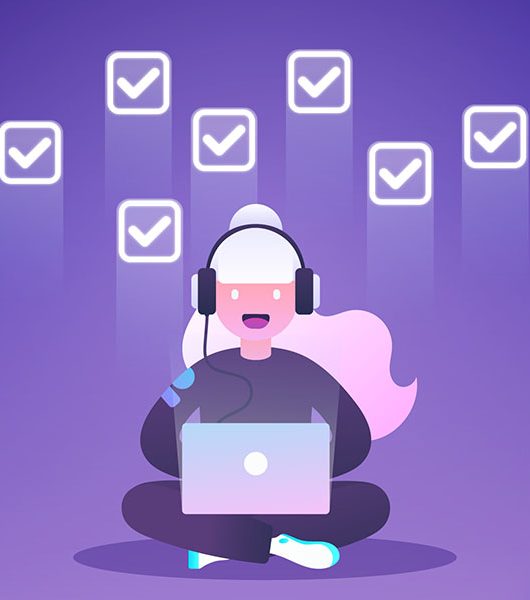 Can ASMR Work Without Headphones? 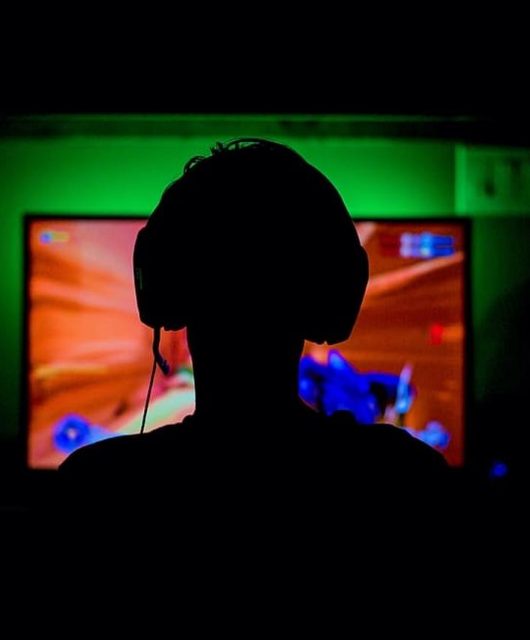 Mic Monitoring: What Is It and How It Is Relevant to Gaming